The businessman is looking at acquiring Arcadia group’s brands – just two years after insisting he wouldn’t buy Arcadia “for a pound”. 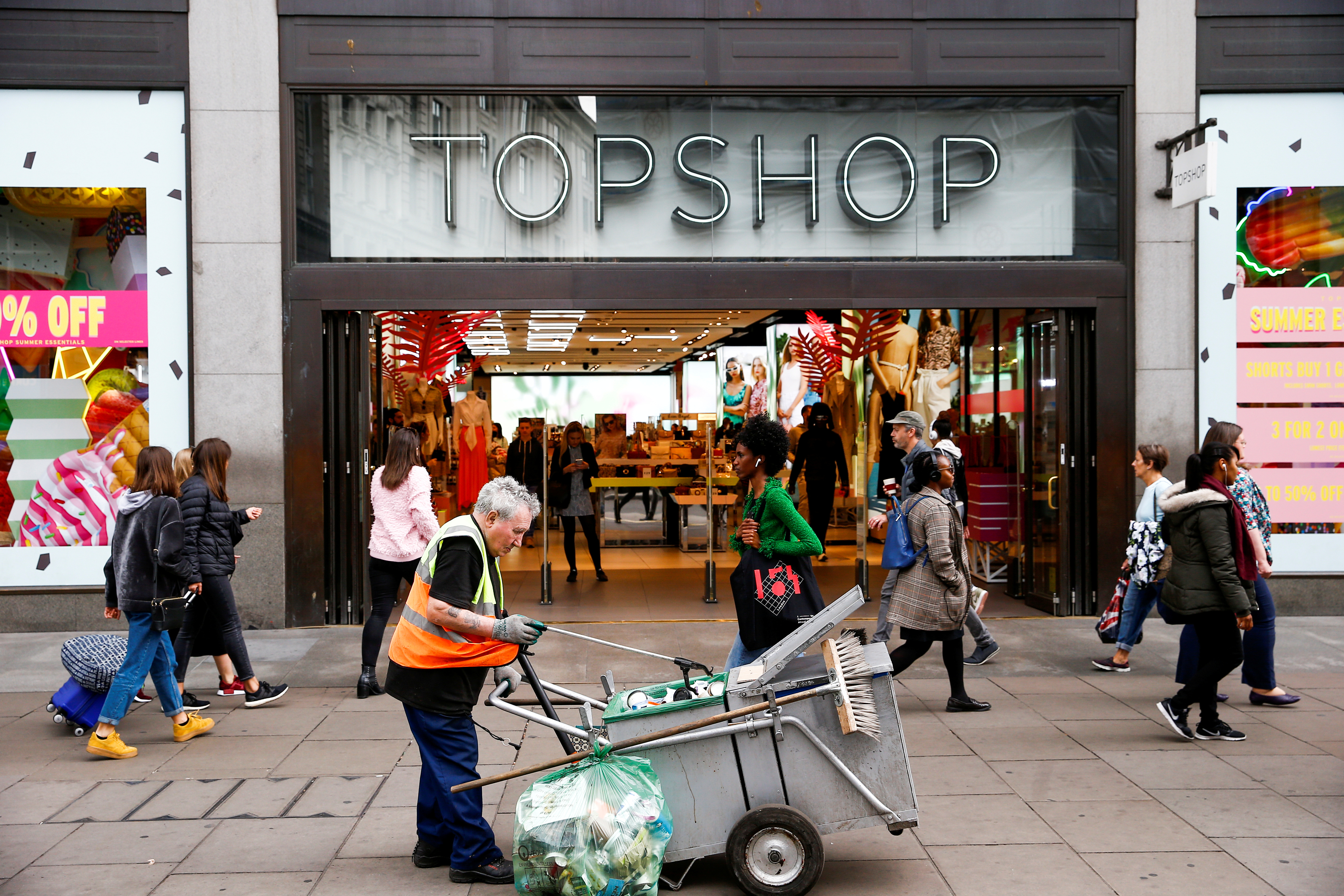 Topshop faces collapse in days, according to reportsCredit: Reuters 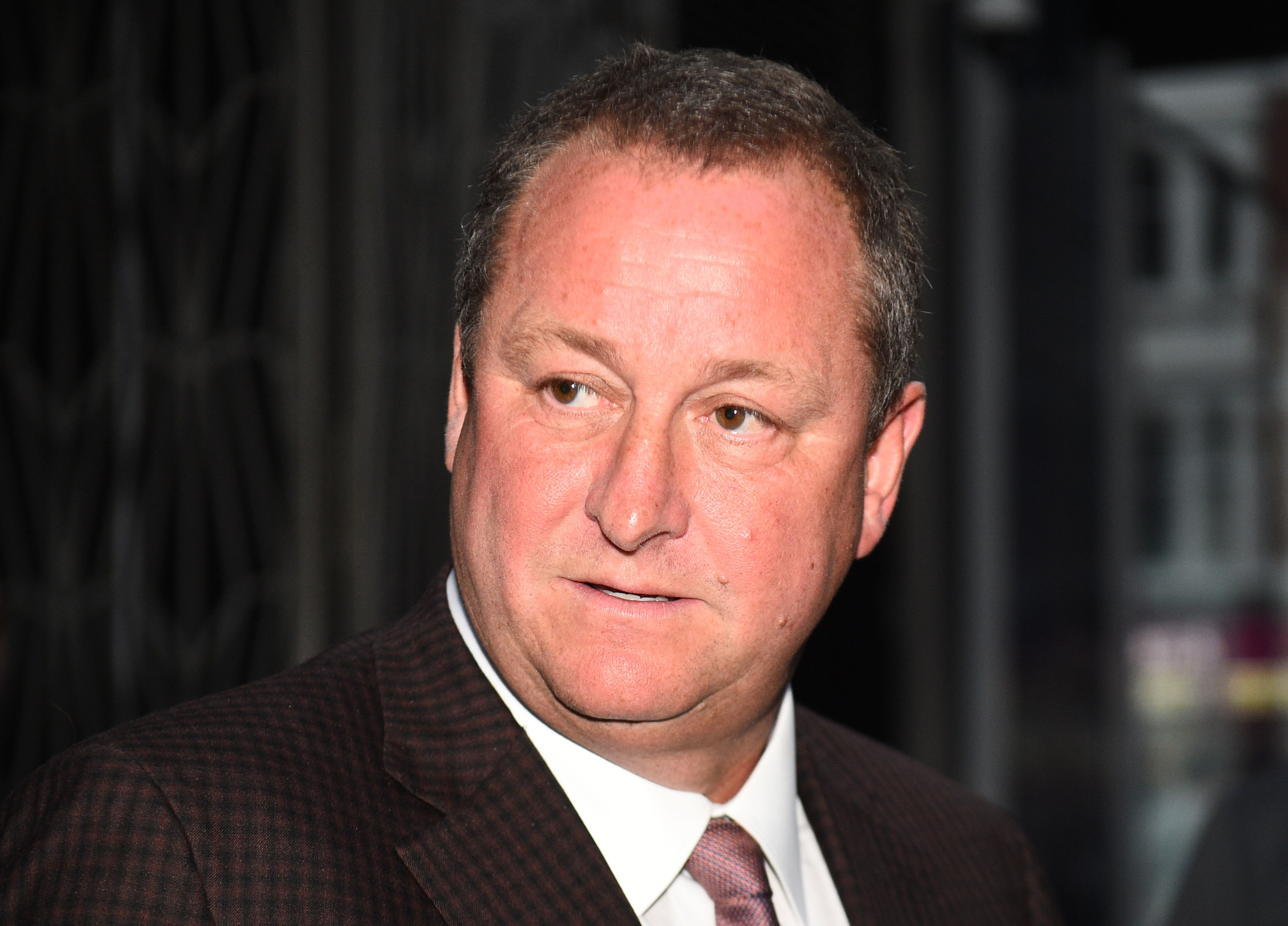 Mike Ashley is said to be ‘interested’ in acquiring the Arcadia Group Credit: PA:Press Association

It comes after MPs were told in 2016 that Sir Philip personally blocked a deal that could have rescued department chain BHS, because he held a bitter grudge against Mr Ashley.

Arcadia Group – which owns Topshop, Burton and Dorothy Perkins – is preparing to appoint administrators next week with 13,000 jobs at risk, reports Sky News.

Shortly before 4pm, ITV business editor Joel Hills tweeted: “I have just come off the phone with Mike Ashley who told me he is interested in a deal to take over the Arcadia group.

“He says he is interested in all of the brands.”

Mr Ashley told The Times last year that he wouldn’t buy Sir Philip’s Arcadia group even “for a pound”, dismissing speculation that he was mulling an acquisition of the business group.

He said: “Let me be completely clear. I wouldn’t buy any part of Arcadia either with Leonard Green or directly for a pound.

“I am not getting involved with that pension deficit in Arcadia for reputational reasons. It is not for me.”

The Newcastle United owner added: “I don’t know where the story is coming from – for all I know Philip is putting it out there that I am going to buy (Arcadia Group) – but I am not interested.”

It comes after billionaire Ashley reportedly made attempts to acquire beleaguered Debenhams this year as it emerged the high street giant faced financial ruin.

RetailGazette reports that Mr Ashley dropped out of the Debenhams sale after baulking at the “impossible” £300m asking price set by the retailer’s advisers.

They insisted Mr Ashley was fundamentally and factually wrong in trying to blame Prem chief executive Richard Masters for the collapse of the £300m deal.

The Sports Direct boss is said to be worth a whopping £2.3billion and boasts a stunning property portfolio that includes a 33-bedroom London house, holiday abodes in Spain, as well as a sprawling mansion in Miami. 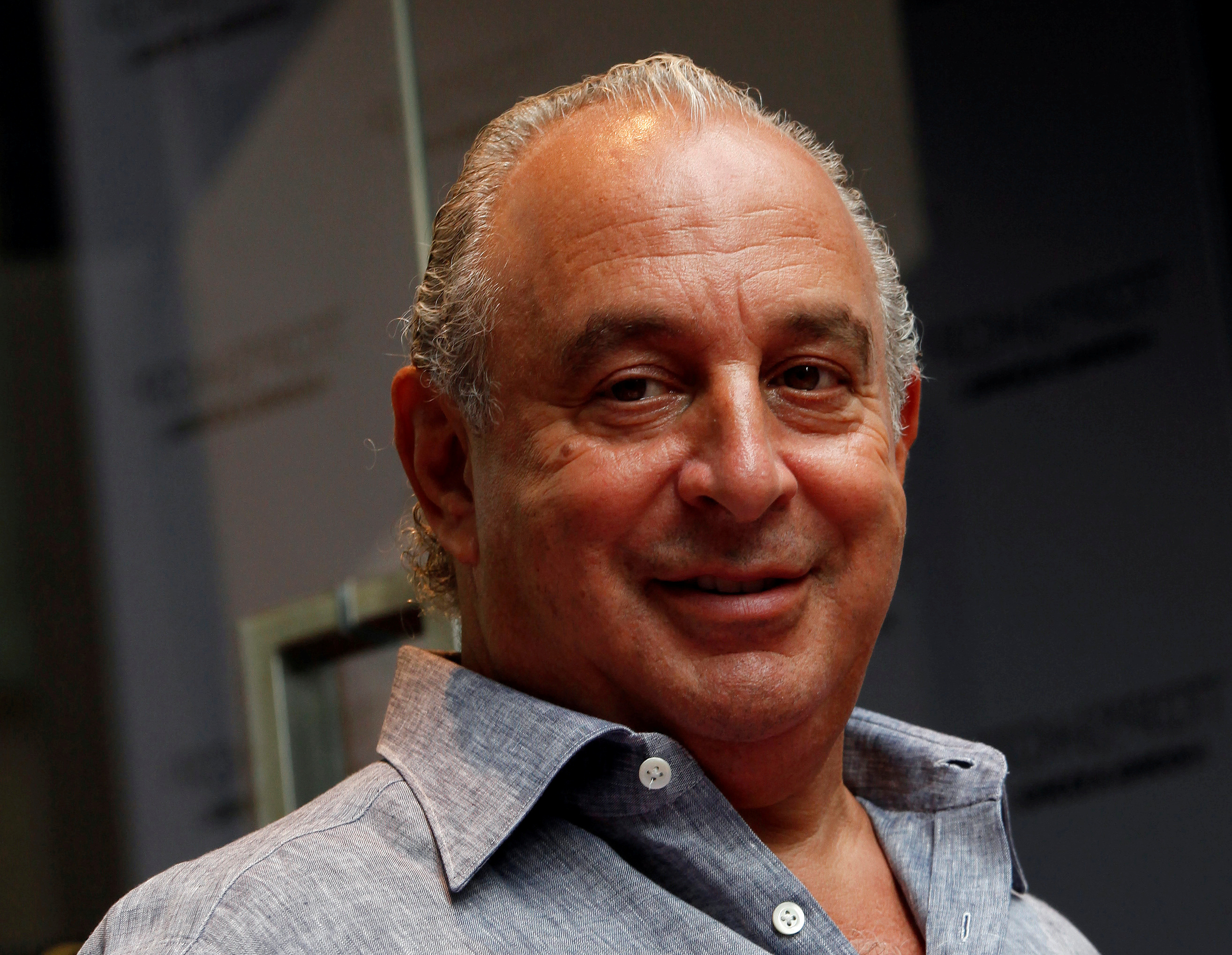 Sir Philip Green is said to have a bitter grudge against Mike AshleyCredit: Reuters

It comes as one retail industry figure said Arcadia’s collapse had become inevitable after talks with lenders about an emergency £30million loan had failed.

The appointment of administrators could happen as early as Monday, although one person close to the situation reportedly said the plan had yet to be finalised and that it could be delayed.

Earlier this year, Arcadia warned that it could close 100 of its shops due to coronavirus.

Only last year Mr Green’s retail empire was saved from the brink of collapse after his wife agreed to bail him out of financial woes.

Arcadia has more than 500 shops in the UK, with the majority in England currently closed due to current coronavirus restrictions.

Three years later he paid one of the largest-ever dividends – a massive £1.2billion – to his wife and registered owner, Lady Tina Green.

But he faced heavy criticism for selling department chain BHS in 2015 for just £1 to Dominic Chappell, who has recently been jailed for tax evasion.

The former king of the high street was then blasted following the demise of BHS in 2015 over a £571million pensions black hole.

Following the latest reports, a spokesperson for Arcadia told The Sun: “We are aware of the recent media speculation surrounding the future of Arcadia.

“The forced closure of our stores for sustained periods as a result of the Covid-19 pandemic has had a material impact on trading across our businesses.

“As a result, the Arcadia boards have been working on a number of contingency options to secure the future of the Group’s brands.

“The brands continue to trade and our stores will be opening again in England and Republic of Ireland as soon as the Government COVID-19 restrictions are lifted next week.”