ONE of Britain’s largest abandoned mansions, known as the “Versailles of Wales” is going to auction at a knockdown price of just £750k – the same price as some London flats.

Experts say Grade I-listed Kinmel Hall is just a few years from being unsavable after being abandoned for two decades.

The mansion was visited by Queen Victoria in 1870Credit: WNS 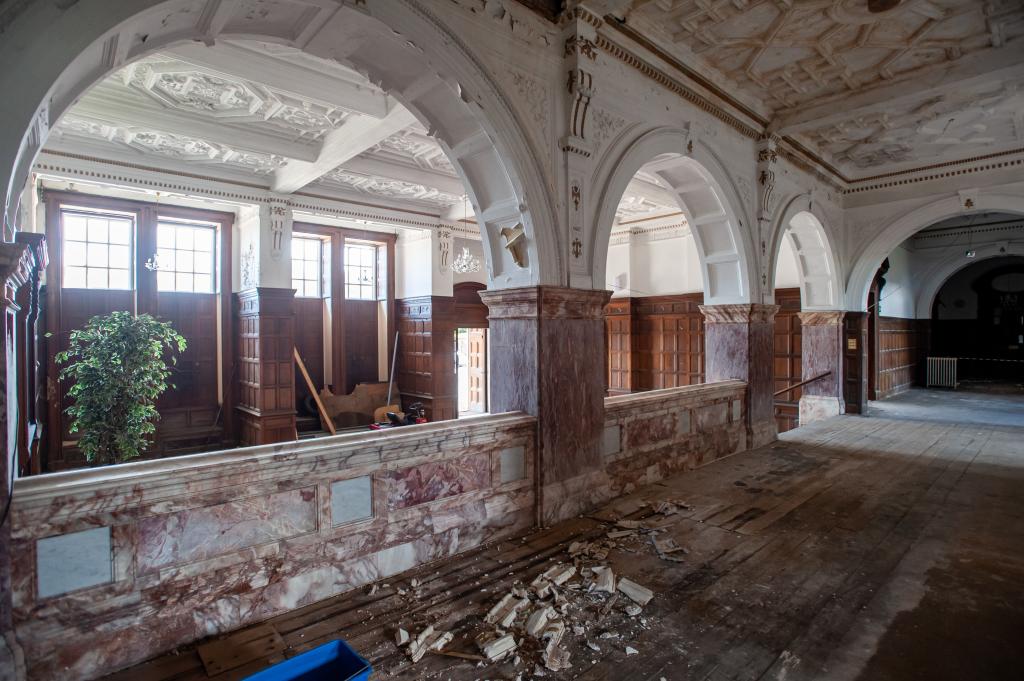 A calendar house has 12 entrances, one for each month of the yearCredit: WNS 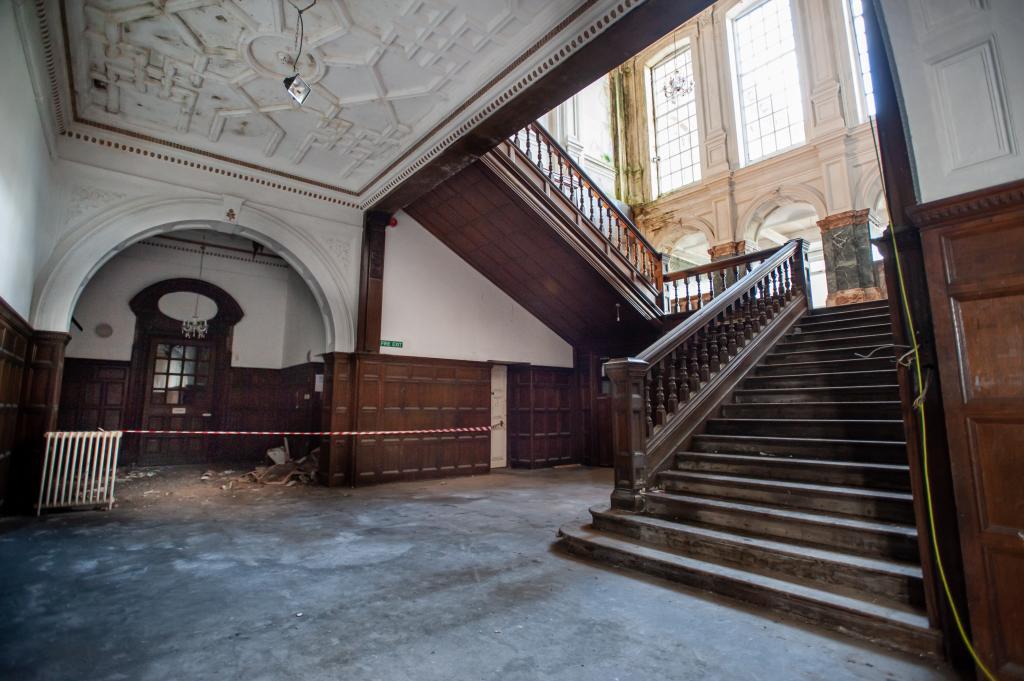 Calendar houses are very rare and found in European buildings from the late 16th and early 17th centuriesCredit: WNS

The stunning Kinmel Hall is set in 18 acres of walled gardens and boasts over 200 rooms once visited by Queen Victoria.

Unfortunately, water has poured into the 80,000sq foot building and the entire property needs complete refurbishment that will cost tens of millions.

The property has appeared on the Victorian Society’s annual most endangered buildings list many times as historians have heralded the unique property as being very similar to France’s Palace of Versaille, the 17th century residence of King Louis XIV.

It will be auctioned by Allsop and Carter Jonas  in London on May 13 with a guide price of just £750,000, roughly the price of a London flat.

It was bought for £1.45m in 2011 by Acer Properties Limited, a firm registered in the British Virgin Islands. 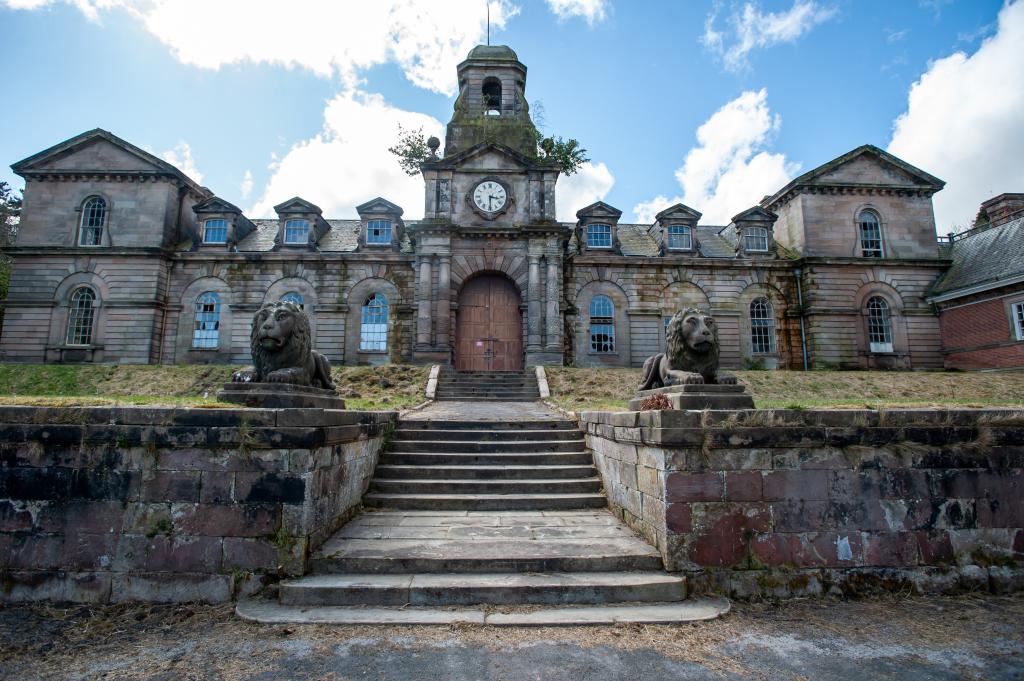 The house is in dire need of emergency repairsCredit: WNS 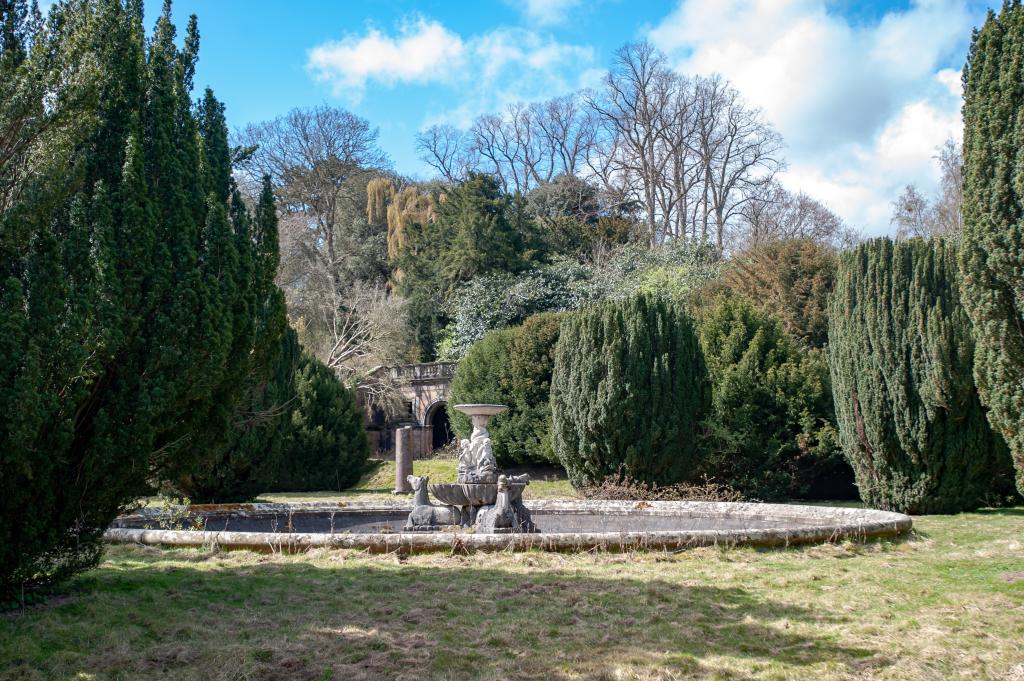 The Venetian-style garden surrounds the house with beautiful grounds, nature and greeneryCredit: WNS 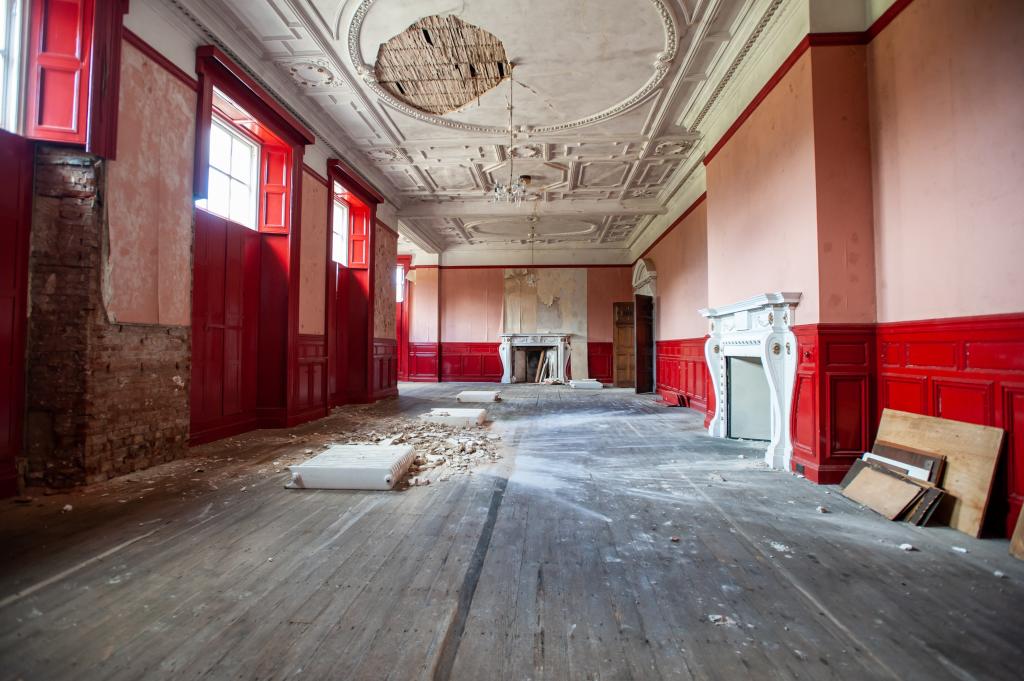 Water damage has made the manor suffer but it retains its charmsCredit: WNS 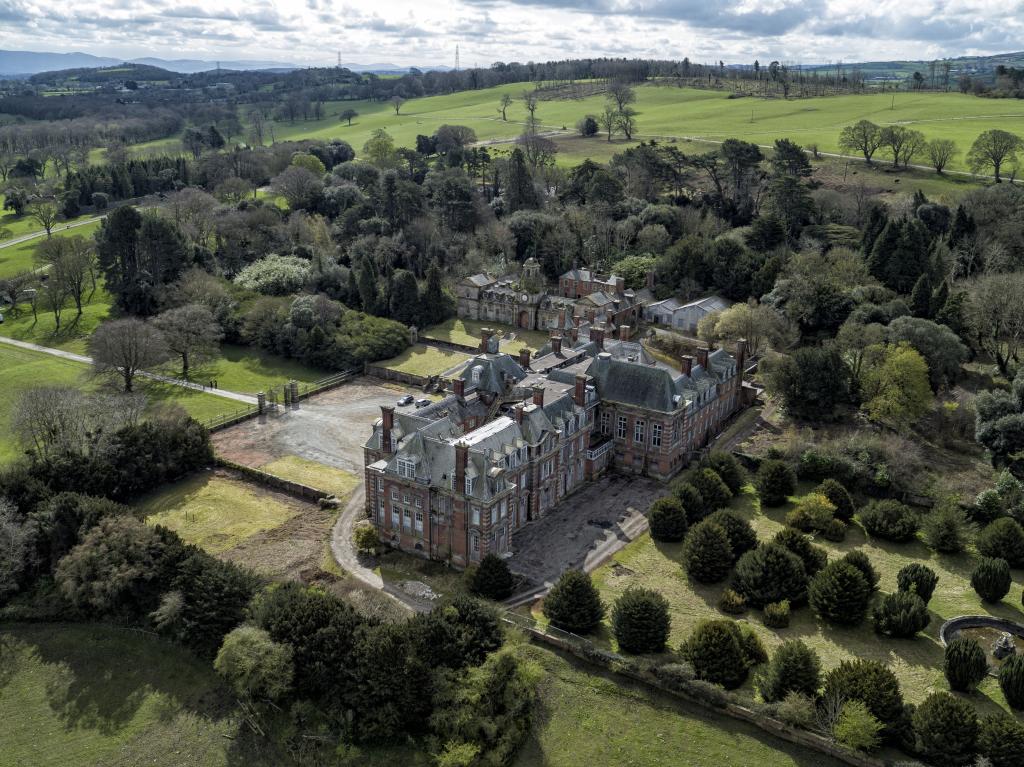 Save Britain’s Heritage set off a drone to get an aerial view and better assess the condition of the historic mansionCredit: WNS

That’s a window for each day of the year and an entrance for each month, we can only hope it doesn’t take an entire year to clean.

Previous plans to transform the manor into a hotel near Abergele, in Conwy, North Wales sadly fell through despite the historic pad being hailed as one of the country’s most beautiful homes.

The current Kinmel is understood to be the third home built on the Kinmel Estate and was built between 1874-6 by Hugh Roberts Hughes, using cash he earned from his copper mining business on the Isle of Anglesey.

The vast building on the north coast of Wales, has a Venetian-style garden and a neo-palladian stable block as well as a wealth of period features inside. 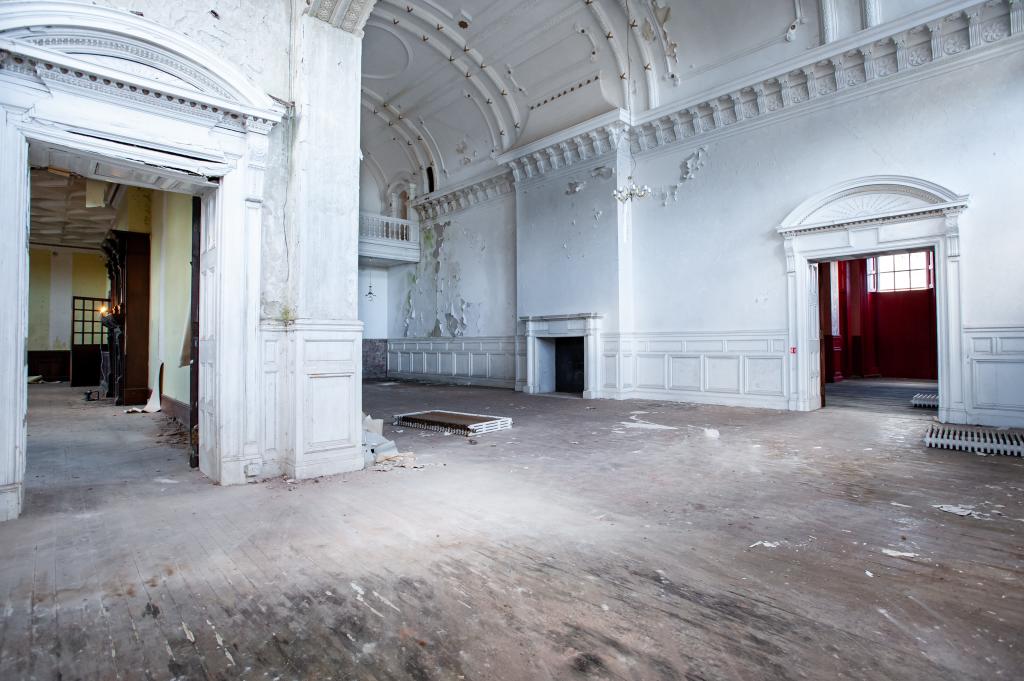 Plans to transform the mansion in to a hotel fell throughCredit: WNS 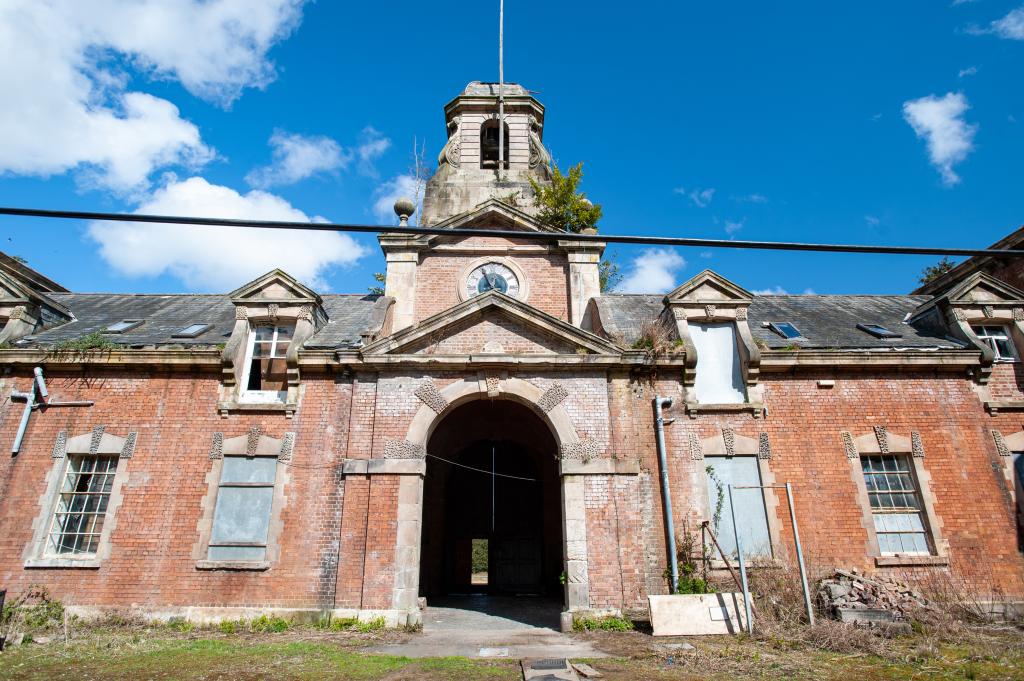 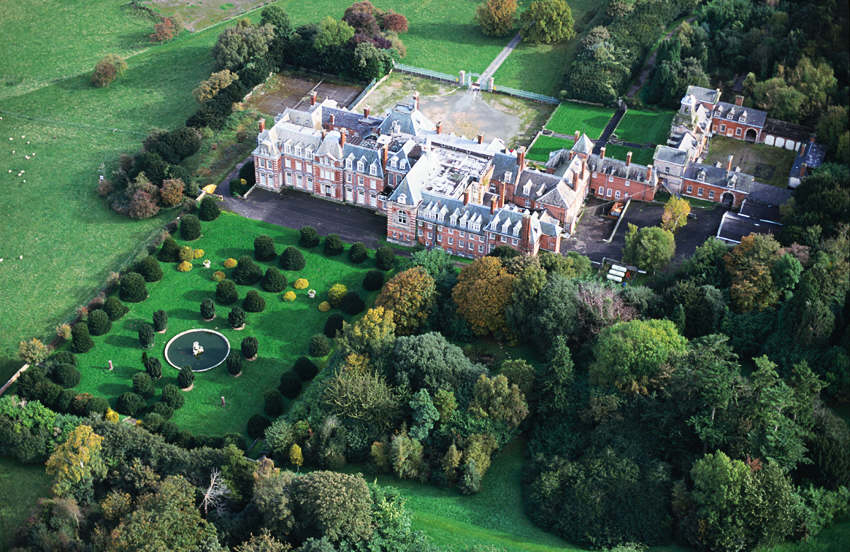 Kinmel Hall is still one of the most beautiful houses in BritainCredit: WNS 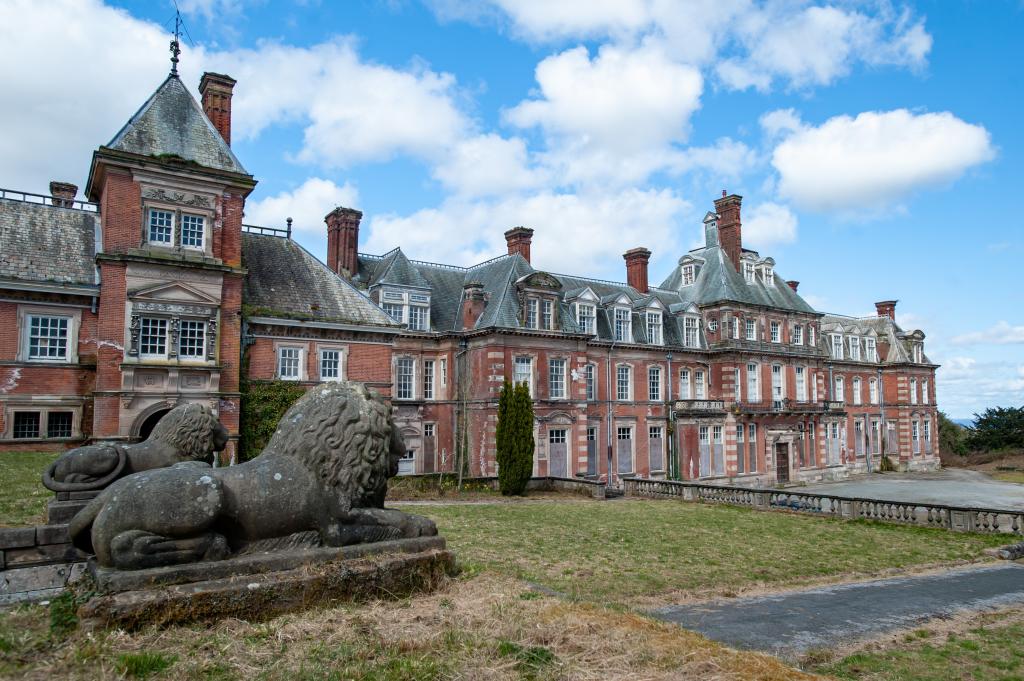 Developed in the Elizabethan era, calendar houses often have 365 windows, one for each day of the yearCredit: WNS

Queen Victoria visited the mansion in 1870 and presented the owner with wooden panels that were installed but then nicked in 2013.

The mansion even houses a military hospital, health spa and conference centre which have all been empty since 1999.

Recently The Friends of Kinmel Hall called on Conwy County Borough Council to save the building as they wanted council chiefs to buy it after the previous owners failed to make urgent repairs.

Now, sad pictures show the extent of the building’s deterioration, with crumbling ornate plasterwork, smashed windows and moss growing inside.

Gary Murphy, consultant and auctioneer at Allsop, said: “Kinmel Hall is a unique property, not least because it was modelled on the Palace of Versailles.

“The property requires extensive restoration and refurbishment, which is reflected in the guide price, but it also offers enormous potential and can be reimagined as a hotel or residential units, provided all necessary consents are in place.” 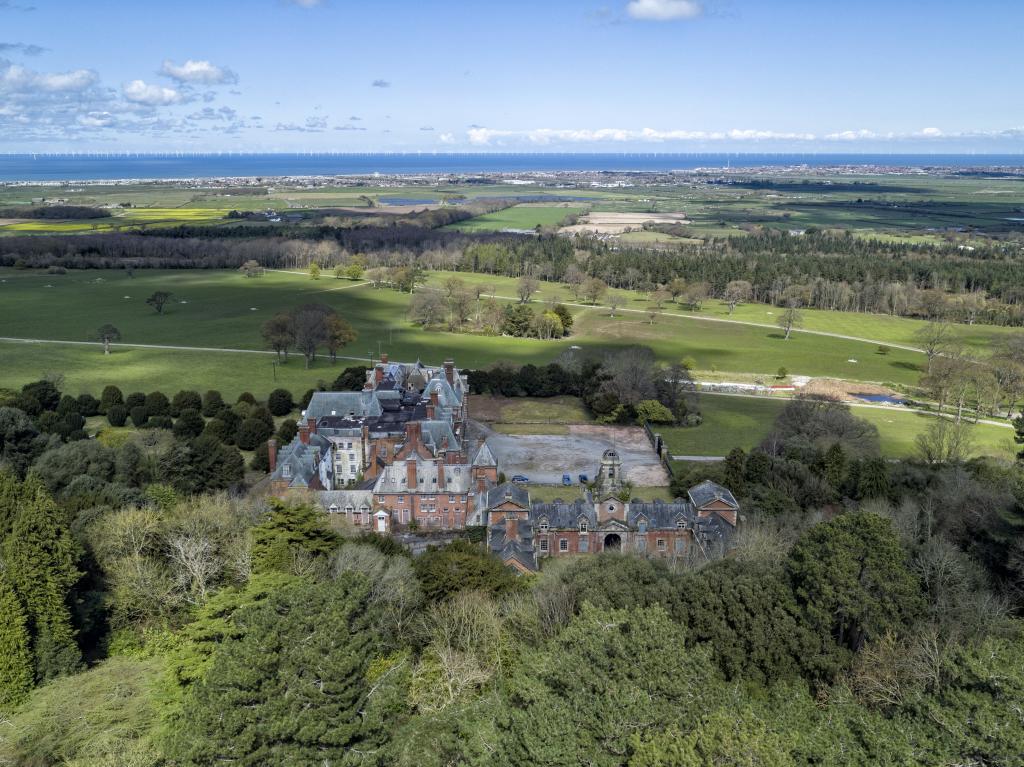 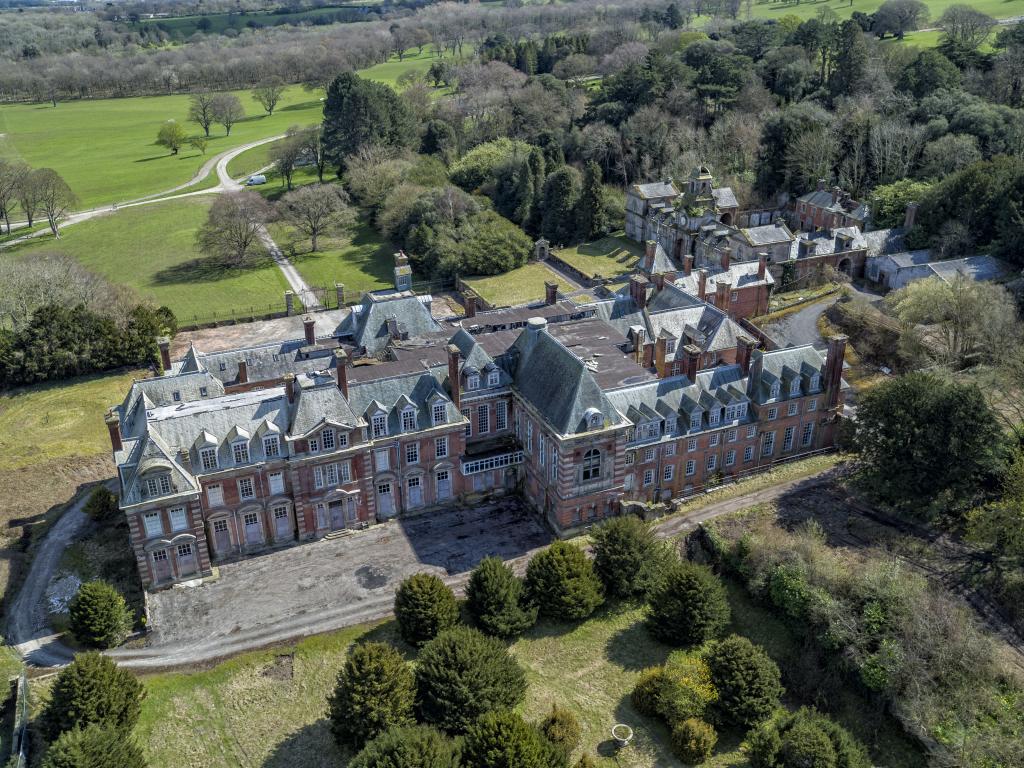 A Welsh mansion for the price of a flat in LondonCredit: WNS 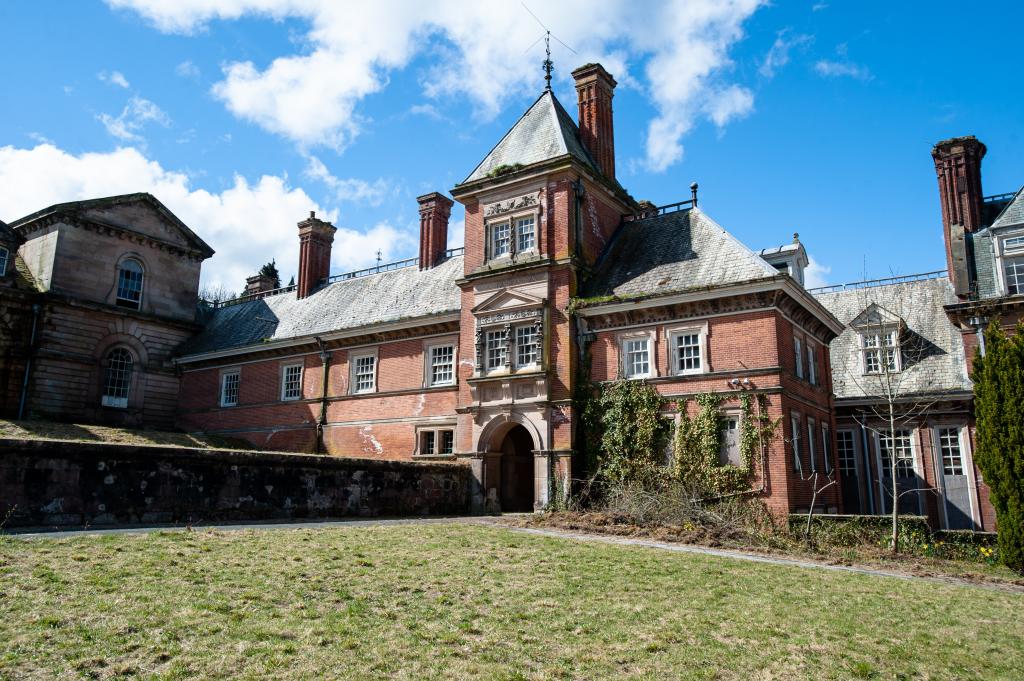 There is another calendar house in Tasmania, Australia built in the 1880sCredit: WNS 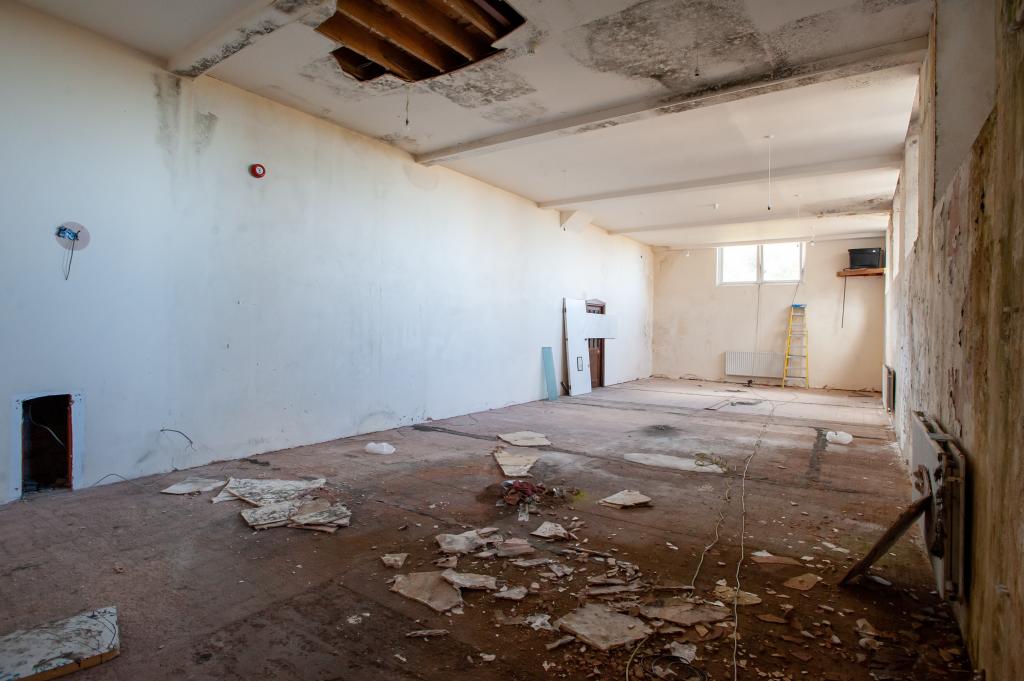 The right owner could restore this Welsh mansion to its former gloryCredit: WNS 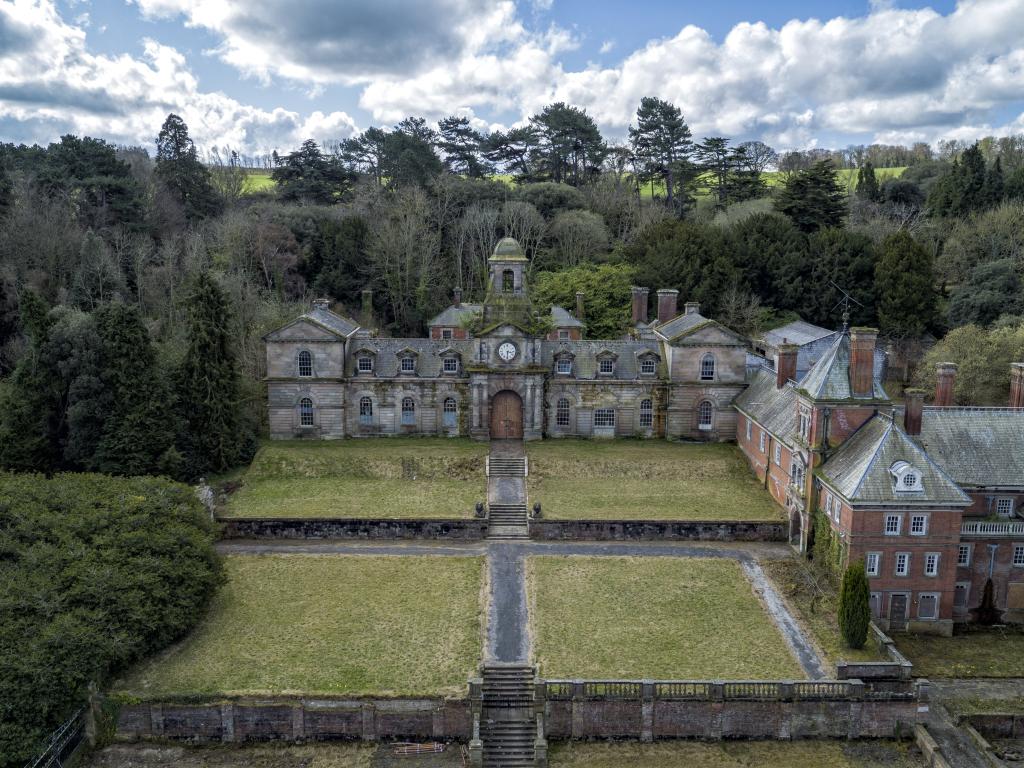 Similarities to King Louis XIV Palace of Versaille built in 17th century France are vast as both are known for their decadent style and decorationCredit: WNS

Katie lives in Ally Pally (Picture: Matthew Chattle)Just how do you go about getting on the property ladder? Thankfully, What...