A COUPLE who bought their dream home have been left with a £88,000 bill to prevent their crumbling garden collapsing into a stream.

Paul Minchella, 57, and his wife Dawn said their dream home at Dale View, Longwood, has turned into a nightmare after being they have been left to pay a fortune to fix structural problems in the outdoor area.

The couple need to pay £88,000 to stop their garden from collapsing into the waterCredit: MEN Media

They only found out their garden had started gradually falling into a stream, after they put up their home for sale in September 2019.

Mr Minchella told Yorkshire Live: “We bought the home as a family home with future thoughts to our retirement with views to it being a profitable investment.

“This was a beautiful location with a structurally solid foundation plot.

“However, over the last months and years, our home has now developed an extremely serious problem with the gabions, (a basket or container filled with earth, stones, or other material and used in civil engineering works), at the side of our property.

“The estate agent came to value the three-storey house and the gardens and everything was ok.

“At the end of October 2019, we noticed that all of a sudden, the gabions had come away from the fence by quite a significant amount and the garden had collapsed. We had to take our house off the market because of this. 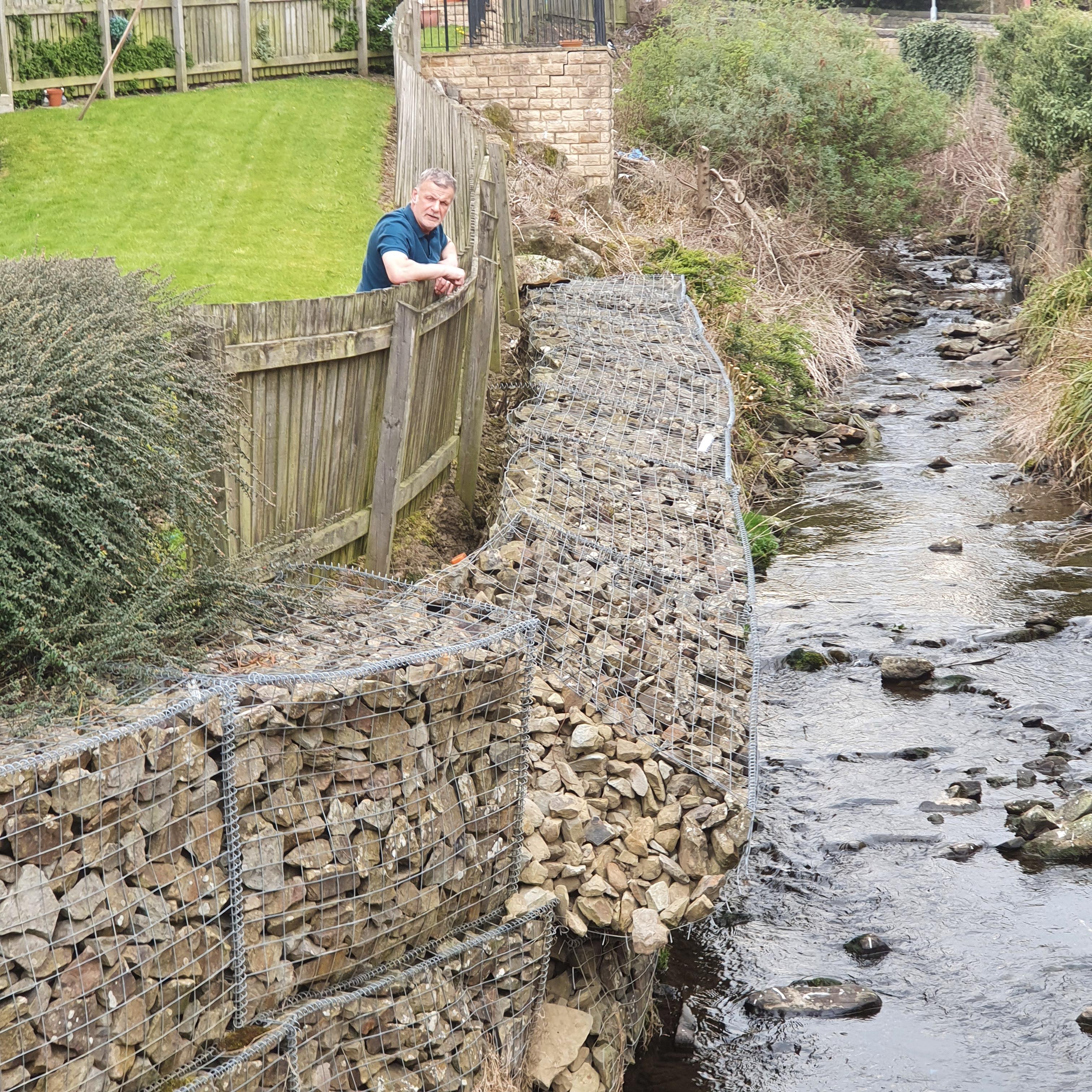 The pair noticed their garden had gradually started to fall into the stream in October 2019Credit: MEN Media

“The gabions have come away from the fence and are slowly falling into the water.

“Because of this our garden is at a very steep incline because the gabions act as retaining walls.

Mr Michella added that he recently spoke to a structural engineer who confirmed the gabions weren’t built to the standard that they should have been.

The engineer sent a report on his findings and a quote for the work that would be required to repair the damage.

“He would have to knock the gabions down and build them back up, build the garden back up to where it was and install a new fence. His quote was £88,000.,” Mr Minchella said.

The frustrated couple says house insurers declined to pay out saying the problem was down to “wear and tear.”

The pair then approached the Ombudsman but following an investigation, they said the insurance company had acted properly.

Mr Minchella added: “Colne Valley MP Jason McCartney has done his best writing letters for us but we have got nowhere.

“We have four grandchildren with a fifth on the way and when they come over the natural thing for us to do is to let them play in the garden but we dare not do that given the potential danger.

Mr McCartney said: “I’ve been supporting and helping Mr Minchella with this complex issue and will continue to do so.”