Sarah waited for the house to go on sale for many years (Picture:Jam Press/@ahouseacrossthestreet)

Sarah Melling, 41, from Newcastle, first spotted her dream 19th century property in 2014 when she lived right across the street.

She fell in love and eventually bought a home on the same road in a bid to stay close.

Her hope was that she would put in an offer once the current owners were ready to sell. The waiting game worked because, in 2017, the five-bedroom house went on the market.

‘It was perfect,’ Sarah said.

‘It was the perfect size and had enough original features remaining to do a total renovation over time, but not a total wreck – just what we wanted. 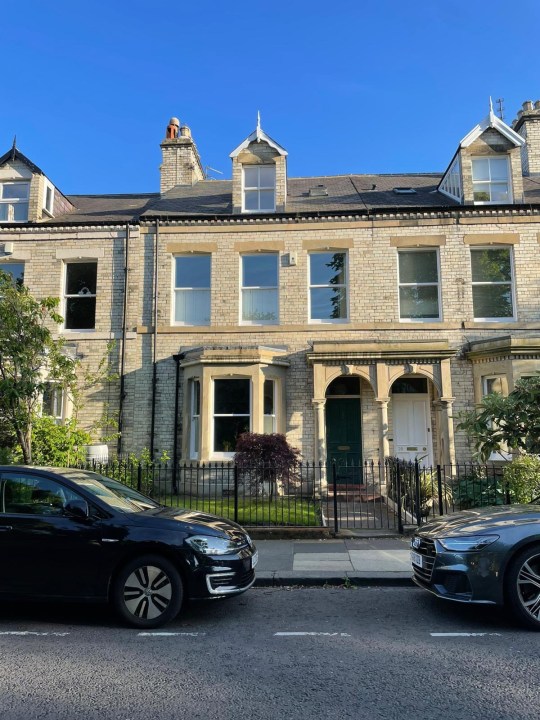 The exterior of the home (Picture: Jam Press/@ahouseacrossthestreet)

‘When the couple came to tell us they were ready to move, it was perfect timing. From the moment we walked in, I felt completely at home.’

With a son Leo, now seven, and daughter Miller, now six, the family needed a house to suit their needs. Unfortunately, the original required a full revamp to become a forever home.

‘The house was built in 1878 and had been a family home for a long time,’ Sarah explained.

‘It had such a lovely feel about it but the interior was very dated and tired. All the walls and ceilings had been papered and painted over the years, which is a big job to put right. 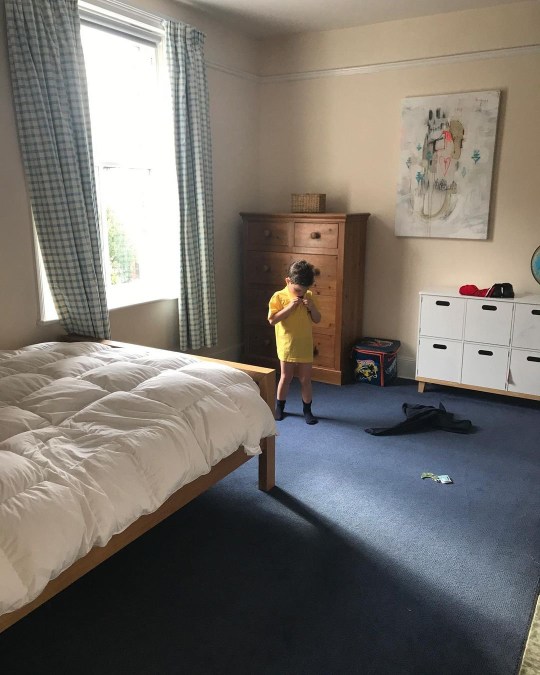 One of the bedrooms prior to renovations (Picture: Jam Press/@ahouseacrossthestreet)

‘But structurally, everything was OK – apart from the roof, which we needed to replace. The house had loads of potential to renovate and put period features back in. In fact, the first thing we did was put a marble fireplace back in the front room – which really wasn’t a priority, but it set the tone for the rest of the renovation.

‘Our goal was to bring the house back to life.’ 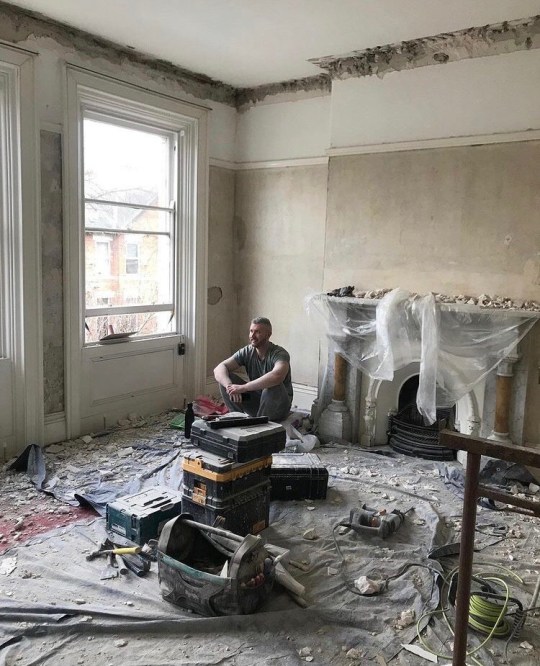 Sarah and Richard hired professionals to deal with the trickier parts of the project. They then stripped and re-plastered all of the walls and reinstated period features including cornicing, ceiling roses, picture rails and fireplaces.

Slowly but surely, each room of the house was transformed. In the master bedroom, the dated red carpet and yellow-painted walls were removed and replaced with hardwood floors and fresh cream walls. 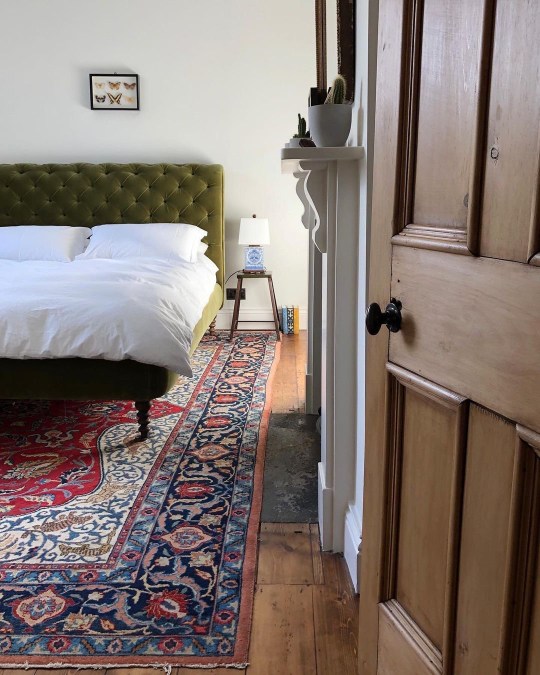 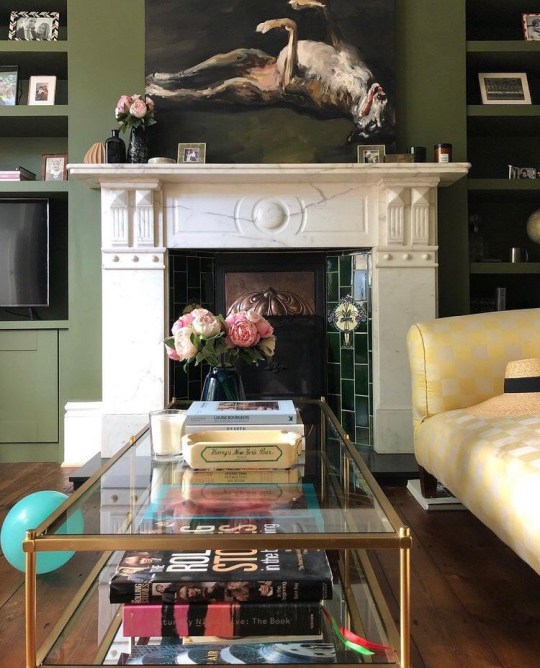 While the front room was given a chic update with trendy sage walls, dark wood flooring and an original marble fireplace.

During the renovation, Sarah fell pregnant with her third child and in January 2019, Magnus was born.

‘My worst memory was dodging the builders at eight months pregnant, as I tried to get ready for work with bits of ceiling falling down,’ she said.

‘Living in the house during all of the work has been the hardest part.’ 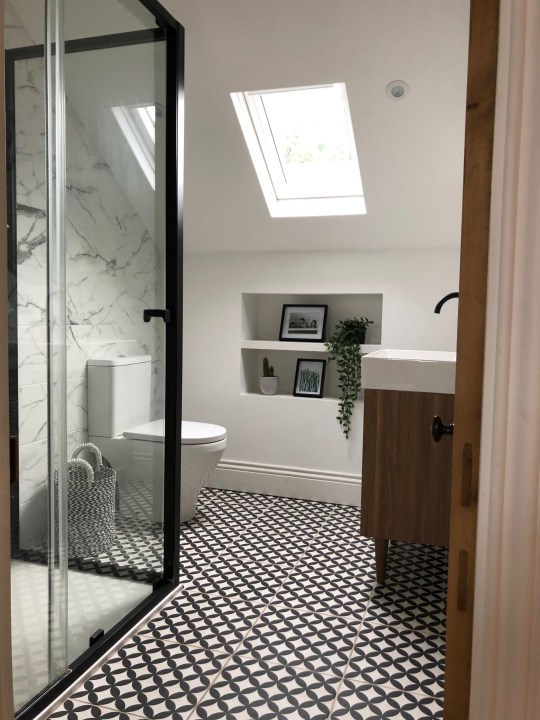 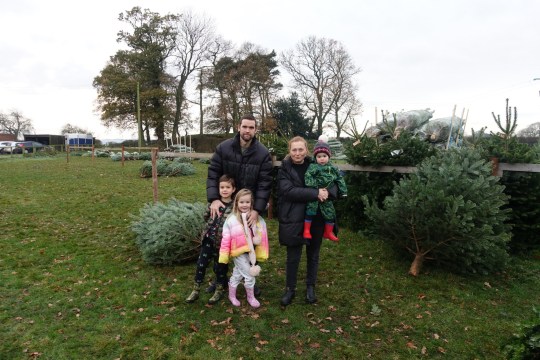 Work halted during lockdown and the family lived in the unfinished home. However, once restrictions lifted, work resumed and they are now on their to finishing the kitchen, second living room and downstairs bathroom.

In terms of cost, the project didn’t come cheap. They have spent three years and £100,000 so far on renovations and anticipate another £100,000 of expenses.

Yet, they hope the house will see a significant increase in value by the time they are done. Meanwhile, Sarah is adamant the price is worth it.

‘We have probably spent more than we should have done but this is our forever home and we’re not looking at it in terms of resale value,’ she said.

‘We could have saved on lots of the fixtures and fittings and didn’t have to put cornicing back everywhere – but we decided early on to commit fully to getting the house we really wanted.

‘We didn’t embark on this to flip a property and make money – what we want is to create our ideal family home.’

Send us an email at [email protected]