The idyllic property has its own harbour (Picture: Purple Bricks/BNPS)

After several months of lockdowns and Covid-19 restrictions, many of us have learned to love our own company.

More of us than ever might consider moving away from city hustle and bustle to somewherecalmer and quieter.

If that’s you – and you have a cool million lying around in the bank – then this property might be just what you’re after.

A beautiful cottage on an island just off Anglesey, in North Wales, is on the market for £900,000.

At the moment, the home belongs to a retired builder who has renovated and refurbished the property to a high standard.

If you snapped it up, you would have plenty of space outside, as it is one of only two homes on the little island. 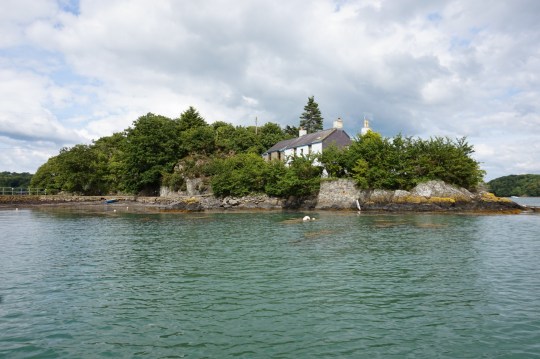 It sits on an island just off Anglesey, in North Wales (Picture: Purple Bricks/BNPS)

In the two thirds of an acre of land, the lucky owners will have access to their own personal woodland.

The tiny island in the Menai Strait also has its own pedestrian causeway, which means you don’t have to worry about getting wet on your way in or out.

Louise Docwra is handling the sale of the property for Purplebricks, said the idyllic location would suit a family that enjoys fishing or sailing together, because it has its own harbour.

She added: ‘I think it would make a great yoga retreat because it’s so peaceful; there’s only one other house on the island. 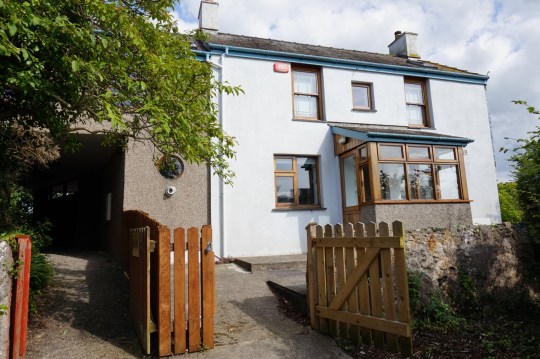 The cottage is ideal for anyone after some peace and quiet (Picture: Purple Bricks/BNPS)

‘It may also suit an artist because the owner created an amazing studio on the top floor of the house.

‘It is in an idyllic and peaceful location but also close to the mainland, making it ideal for people who still have to go into an office or other workplace.

‘In the end it’s a unique opportunity, maybe once in a lifetime, for a family or couple to live on a tiny island.’ 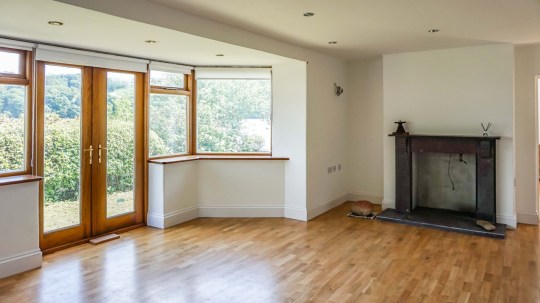 And just look at those views (Picture: Purple Bricks/BNPS)

Inside the former Victorian bathing station, you can now find a small library, and a curved sunroom overlooking the garden.

You can invite your guests in through the porch area, which leads into an entrance hall, where there’s a handy wine store, so they can have something to drink straight away.

When it was first built in the 1700s, it was two fisherman’s cottages.

The idyllic setting has been described as somewhere that wouldn’t look out of place in the Arthur Ransome classic tale of children’s boating and island adventure, Swallows and Amazons.