Home in Scotland with links to Princess Diana goes on sale at £7.5million

A mansion built on the site of Princess Diana’s grandmother’s former home is on sale for £7.5million.

And it comes complete with its own spa and tennis court.

Dalhebity House, in Deeside, Aberdeenshire, extends over 30,000 square feet and is surrounded by an incredible ten acres of majestic trees and woodland.

With eight bedrooms and staff accommodation on site, the home gets even more luxurious as it has a small lake on the grounds, a summerhouse and an all-weather tennis court.

Built on the site of Princess Diana’s grandmother’s former home, it is currently believed to be the most expensive property available in Scotland. 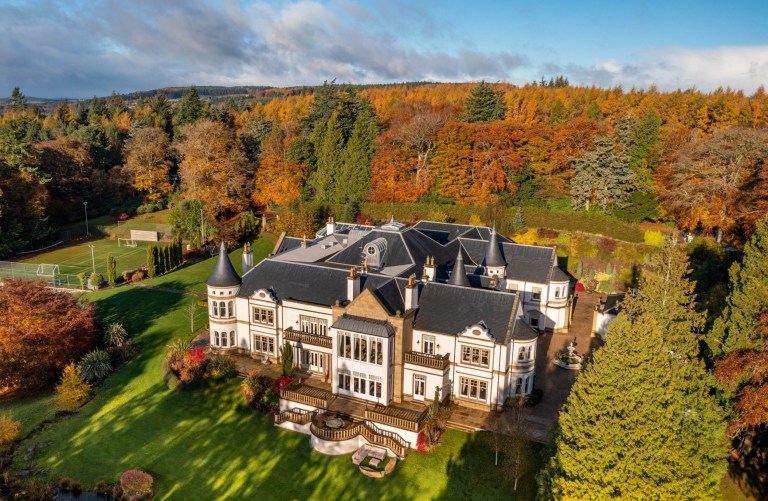 The exterior of the home (Picture: Jam Press/Savills)

Upon entry, the new owners will be greeted by a breathtaking marbled floored reception hall that features 20 marble columns, a grand sweeping horseshoe staircase, and a domed stained glass cupola. 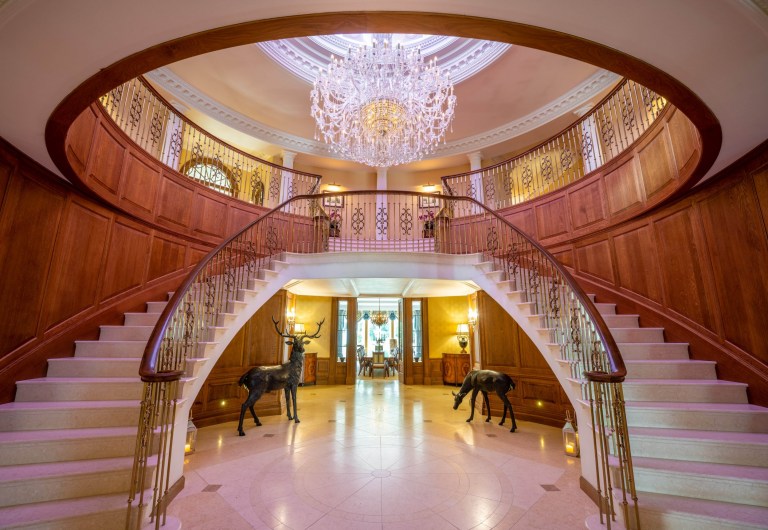 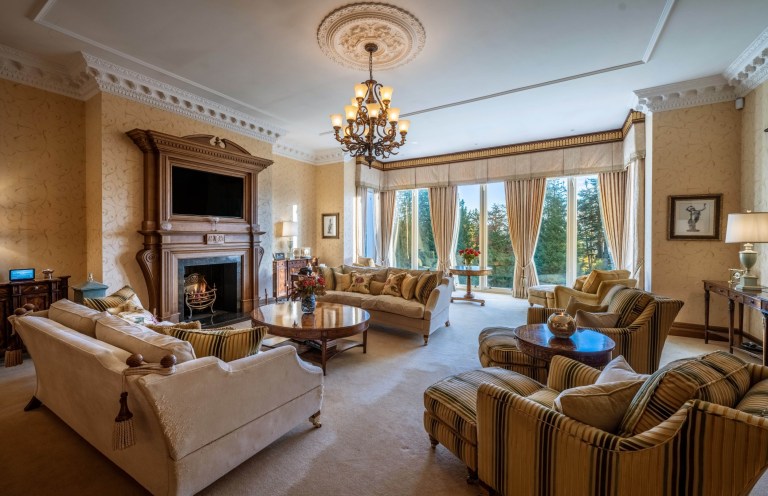 They will also avail of the opportunity to host parties in a formal banqueting style dining room that holds 26 guests.

For some TLC, the owners and their guests can indulge in the spa which has a sauna, steam rooms, massage and relaxation rooms featuring mosaic tiling, and direct access to the indoor swimming pool. 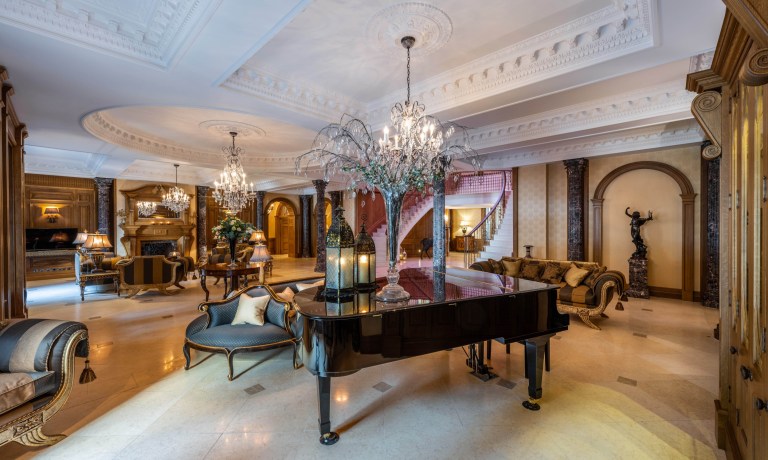 There is much space for entertainment in the home (Picture: Jam Press/Savills)

For those with no interest in pamper sessions, an atmospheric library, cocktail bar and reading lounge are all on offer.

The home is located seven miles from Aberdeen International Airport and was created by business tycoon and ex-Aberdeen Football club chairman Stewart Milne and his partner Joanna Robertson. 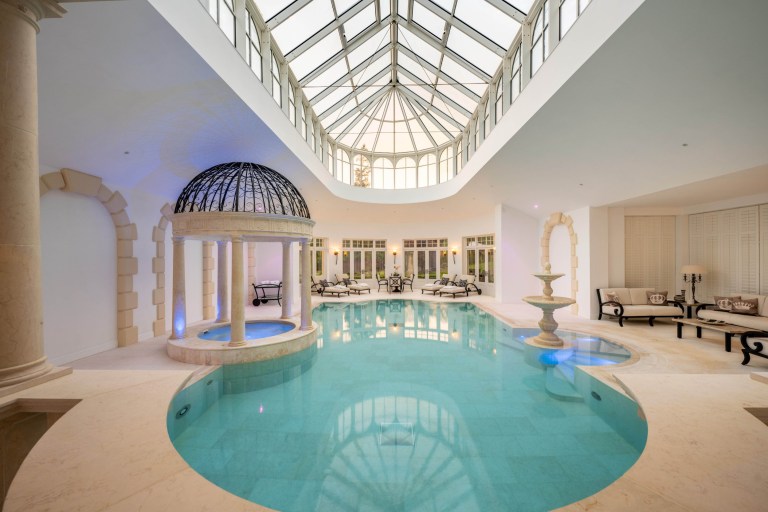 Diana’s maternal grandmother Ruth Roche, Baroness Fermoy, who lived on the grounds, was a close confidante and lady-in-waiting of The Queen Mother. She played an integral part in preparing Diana for royal life after her engagement to Charles.

She was portrayed in hit Netflix show The Crown for giving the newly-engaged Diana lessons on regal protocol in preparation for royal life.

Johnny Cash’s former home is up for sale at £1.4million