House on Eel Pie Island, London, is on sale for £1.65million

You might not have heard of Eel Pie Island, but it’s a pretty cool bit of London.

Smack bang in the middle of the River Thames, at Twickenham, is a mudflat that was once known as a hub of British rock and roll, with everyone from The Who to Pink Floyd playing on the island.

Back in the swinging sixties, the plot of land was all about Eel Pie Island Hotel, a bustling spot where all the musicians and cool kids hung out.

Sadly, the building fell into disrepair and eventually burnt down in 1971, putting an end to what was once an iconic establishment.

But Eel Pie Island didn’t go down with it, instead bringing in a new community of artists and creatives.

These days, a trip to the island during its regular Open Studios event will see you finding independent makers’ pottery, sculpture, and painting. 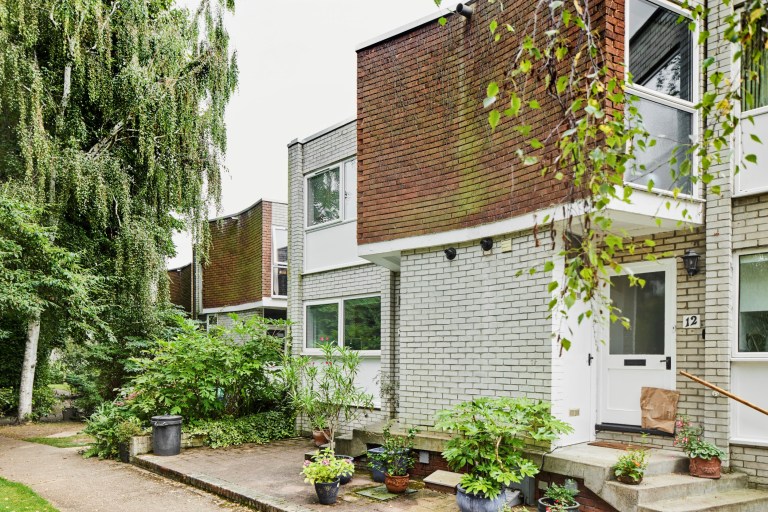 Eel Pie Island sits in the middle of the Thames, by Twickenham (Picture: The Modern House) 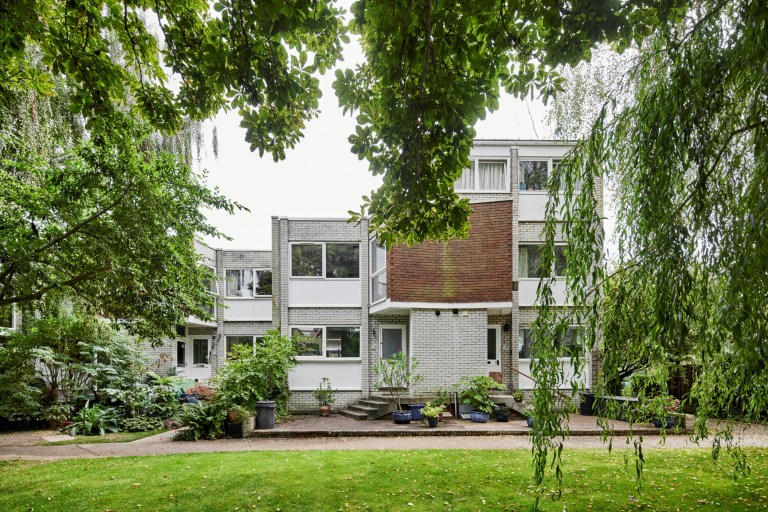 The island has a real artsy rep (Picture: The Modern House) 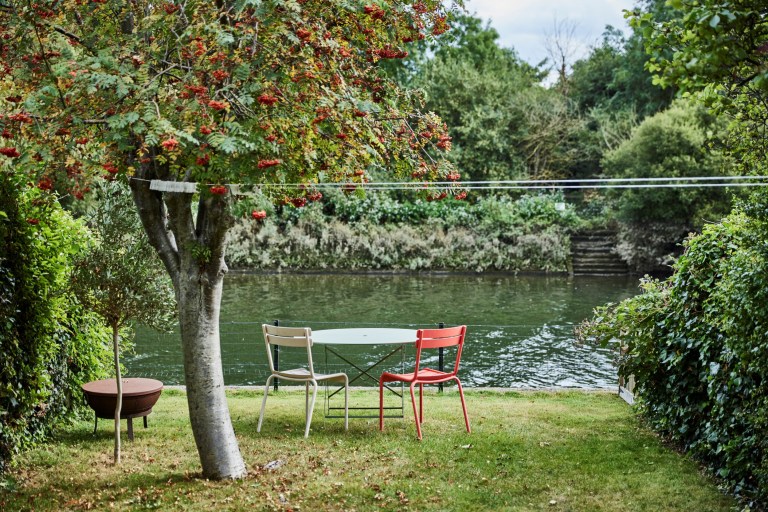 The house sits where the iconic Eel Pie Island Hotel once stood (Picture: The Modern House) 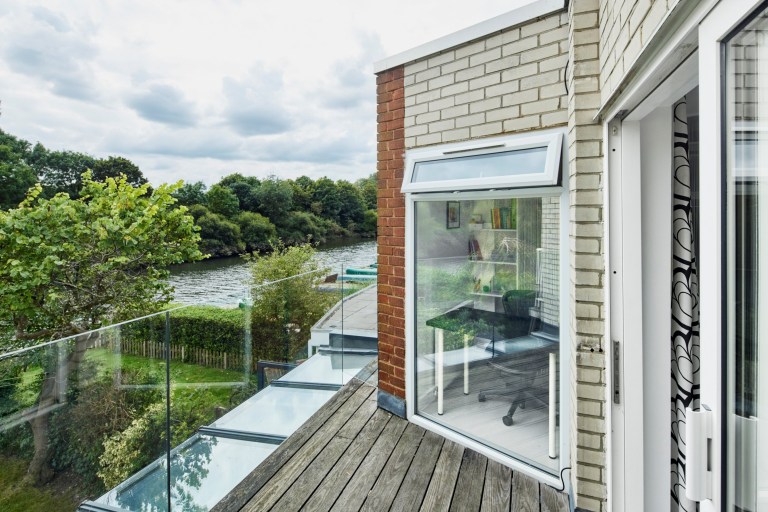 It’s on the market for £1.65million (Picture: The Modern House)

That house is part of something called Aquarius, a collection of modernist houses all built in 1975 on the island.

The scheme is the creation of architect Bo Gunnar Robert Stille, who was commissioned to develop a Scandi approach to homes that made the most of the riverside setting.

Now, one house within that plot is on the market – and it’s as chic as you’d hope. 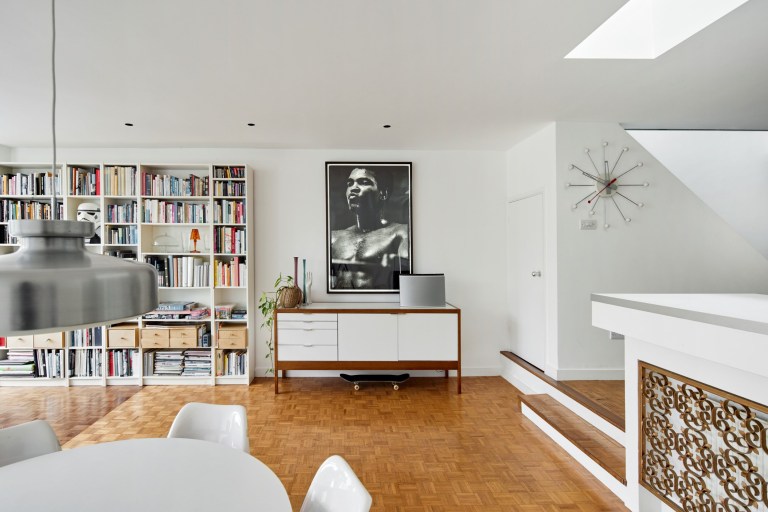 The interiors are stunning, and allow for great views of the riverside (Picture: The Modern House) 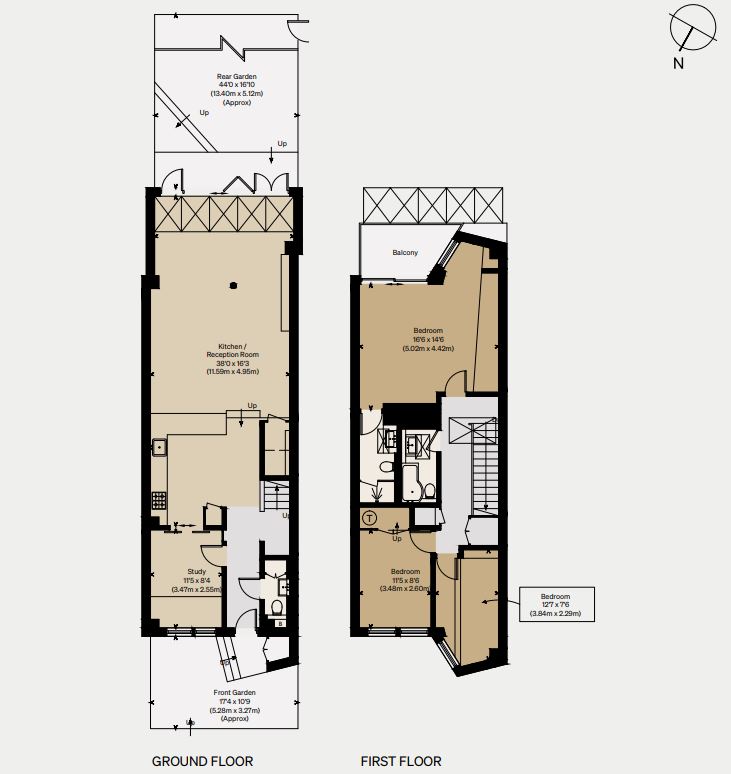 Take a stroll over the footbridge from Twickenham, along the path and past Richmond Rowing Club, then through the home’s front garden to be greeted by the entrance hall.

On one side is a guest bathroom, with a Barbican sink, while on the other is a lovely home office, complete with a long window that looks out over the shared gardens.

Also on this level is the sleek kitchen, plus a dining and living area, with another garden to the rear. 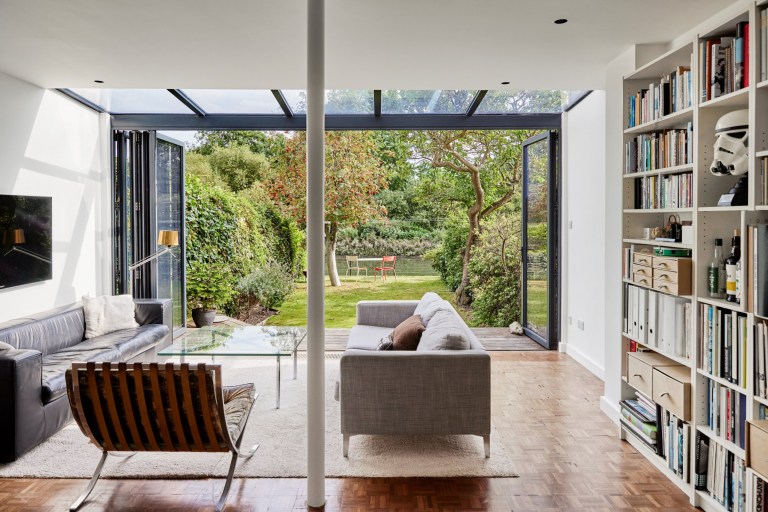 And a private garden to the rear (Picture: The Modern House) 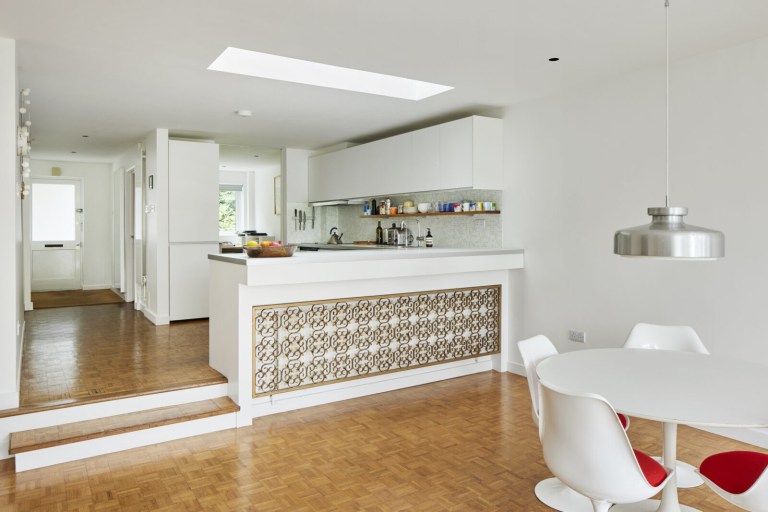 There’s a home office to the side of the sleek kitchen (Picture: The Modern House)

The skylight is an extra special touch, along with a grand white steel pillar.

Up the stairs you’ll find the main bedroom, which has an en suite shower room (with another skylight, of course) as well as a private balcony and terrace for views of the river.

There are two more double bedrooms on this level, plus a family bathroom with a gorgeous tub.

It’s all very light, airy, and modern, from the five-finger oak parquet floor to the full-height folding glazed doors that lead you out to the garden.

That garden is lovely, too, with a deck that steps down to a lawn and has views over the water towards Ham wetlands. 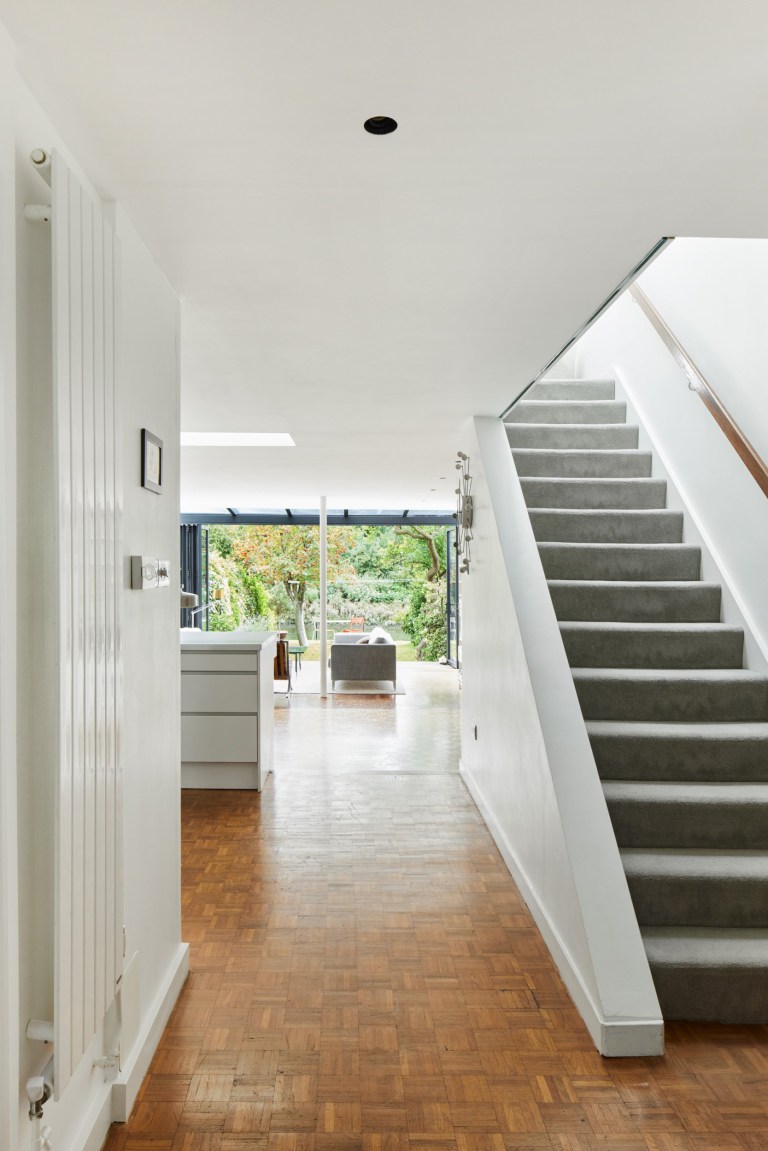 Take your pick from three bedrooms (Picture: The Modern House)

There’s even potential to moor your own boat at the end of the garden, if you fancy (and can get planning permission for a pontoon and a licence from the Port of London Authority).

Offering 1,511 sq ft of internal space, it’s a dreamy spot for anyone who wants a retreat from London while still technically staying within the city.

Location-wise, don’t panic too much about being stranded on an island in the middle of the Thames. 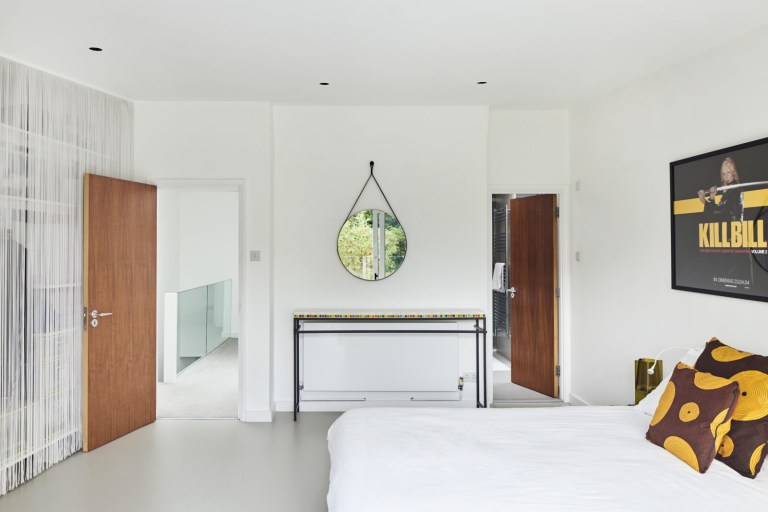 The main bedroom has its own terrace and en suite bathroom (Picture: The Modern House) 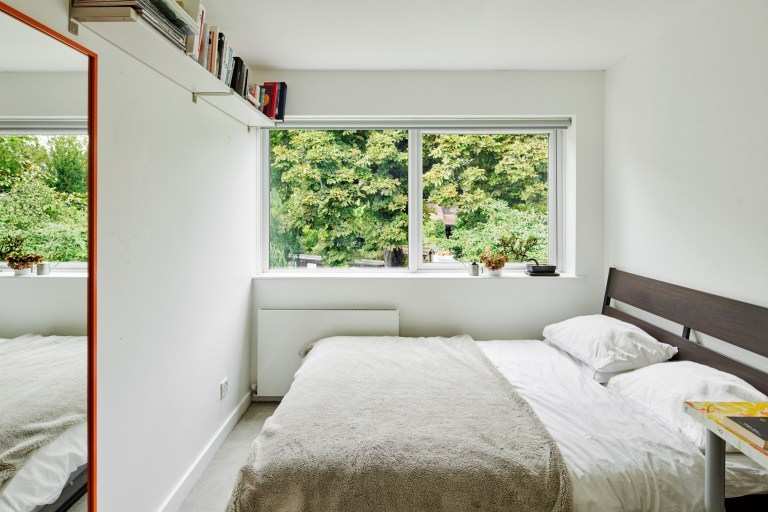 But even the smaller rooms are lovely (Picture: The Modern House)

The centre of Twickenham, with shops and cafes, is just a short walk away, and if you sign up to Twickenham Rowing Club, you’d have access to use of rowing boats – as well as a large gym.

You can easily stroll around and take in Ham House, Marble Hill Park, and more by the riverside, or if you do need to get more central, Twickenham station is a less-than-10-minute walk from the house. From there, you can get to Waterloo in under half an hour.

The Modern House, who are selling the property, describe the home as ‘exceptional’ and ‘striking’ – and we’d be inclined to agree.

A THREE-BEDROOM London house has gone on the market for just £200,000 – but the new owner has their work...

London home filled with clutter goes on market for £200,000

Farnham, Surrey is the ideal town for Londoners who want to relocate