FIRST-TIME buyer Ash Scott, 34, was left “heartbroken” when she was made redundant just a few days after a visit to the bank about getting on the property ladder.

Without a job she knew her dreams for home ownership would have to be delayed. 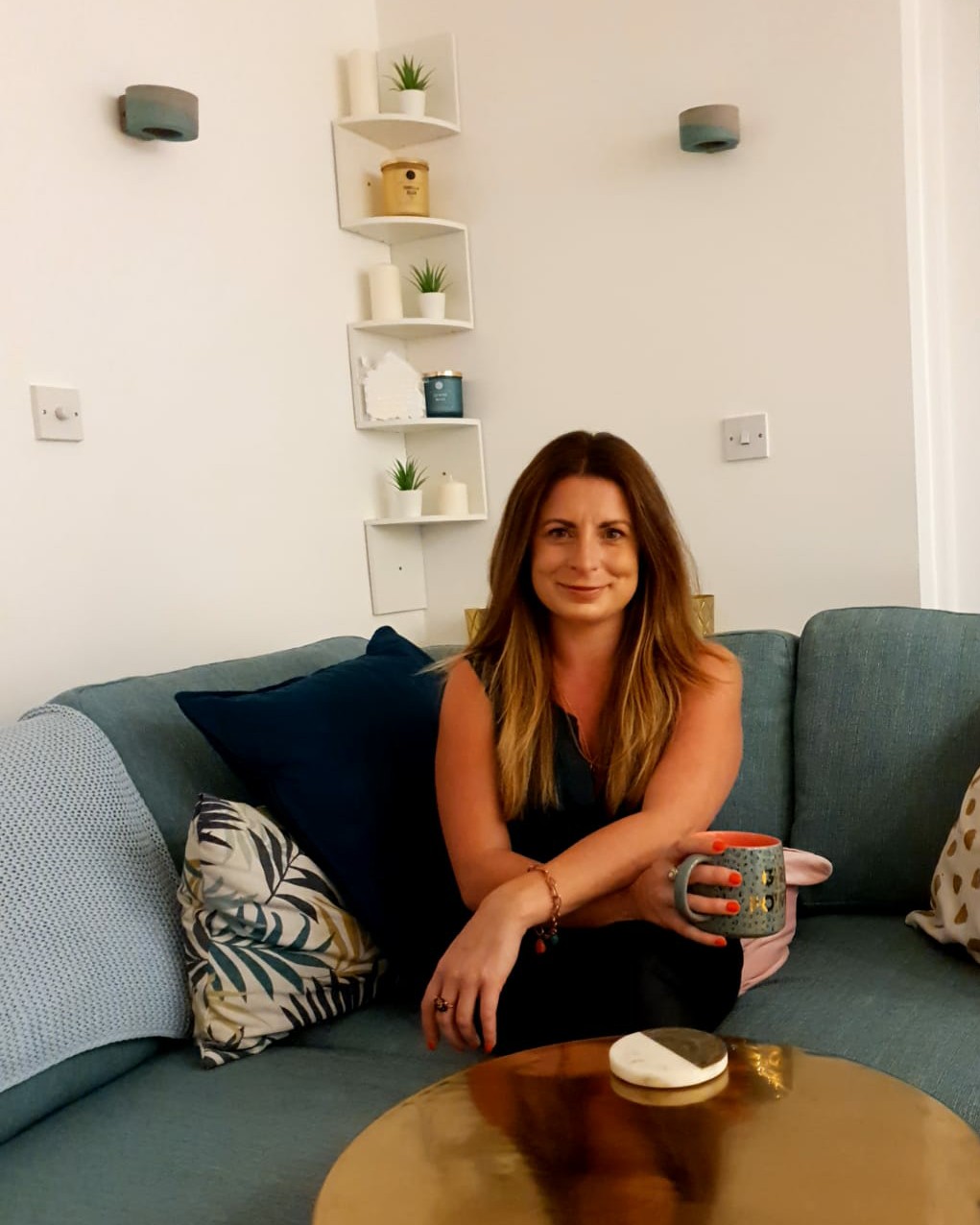 Ash Scott, 34, bought her first home in Richmond, southwest London, in 2018 after being made redundant the same year

But two months later, in April 2018, she’d secured a new job in PR, had pocketed a £10,000 redundancy payout to help boost her deposit and she was back hunting for properties.

Ash told The Sun: “I was pretty shattered when I was made redundant.

“I had to put a pause on looking, and didn’t know what would happen in the future.

“In the end, the redundancy payment meant I could stretch my deposit from 5% to 10%.”

Are you a first-time buyer who want to share tips on how you did it? Email us at mon[email protected] or call 0207 78 24516. Don’t forget to join the Sun Money’s first-time buyer Facebook group for the latest tips on buying your first home.

Here she shares her experiences of buying her first home for The Sun’s My First Home series.

It’s a one-bedroom flat on the ground floor, located in Richmond, southwest London.

It’s about 20 years old. There are five flats of the same size in my building.

In terms of space, it’s just what I wanted. The most important thing I never thought I’d get is outdoor space. 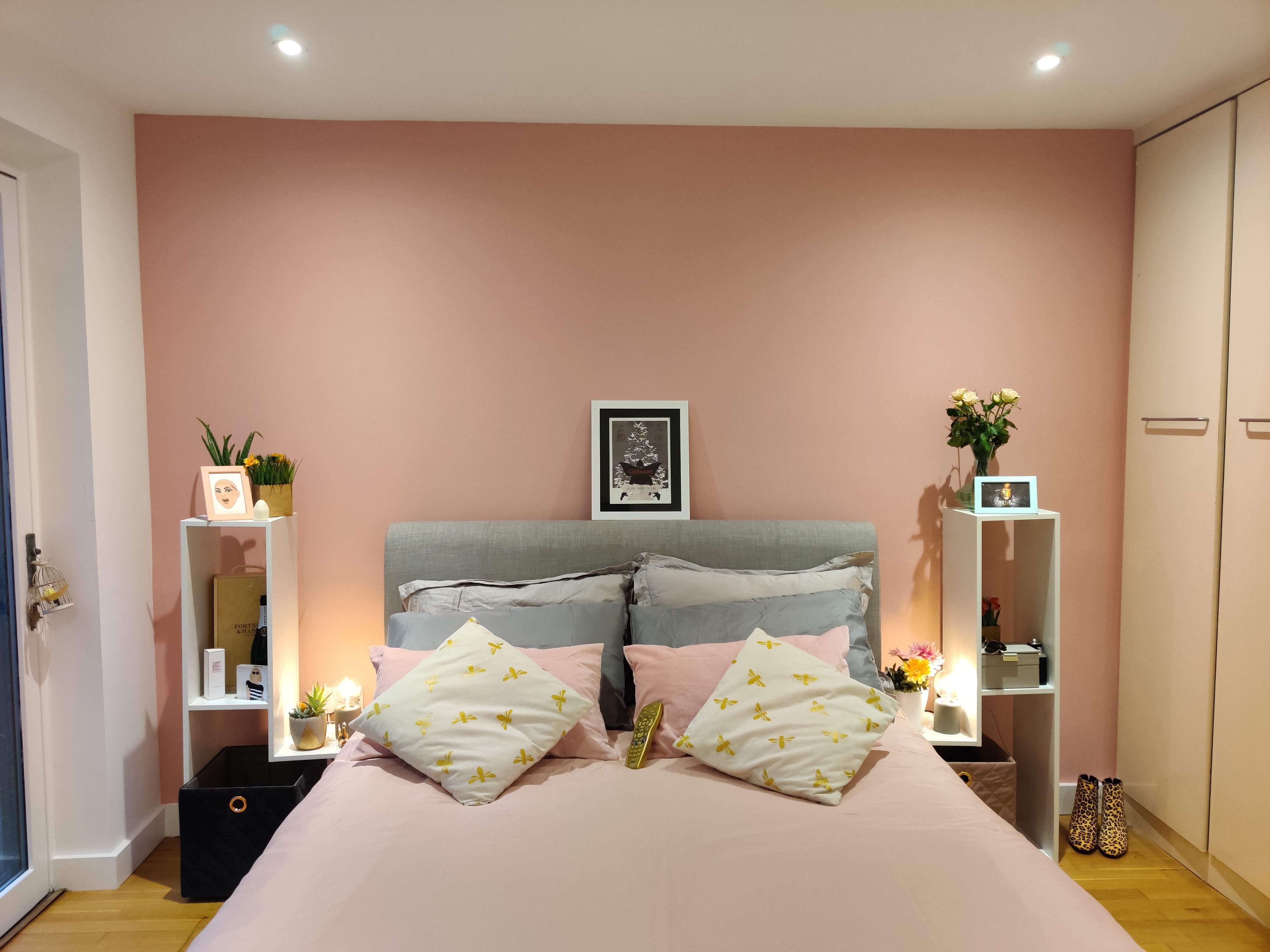 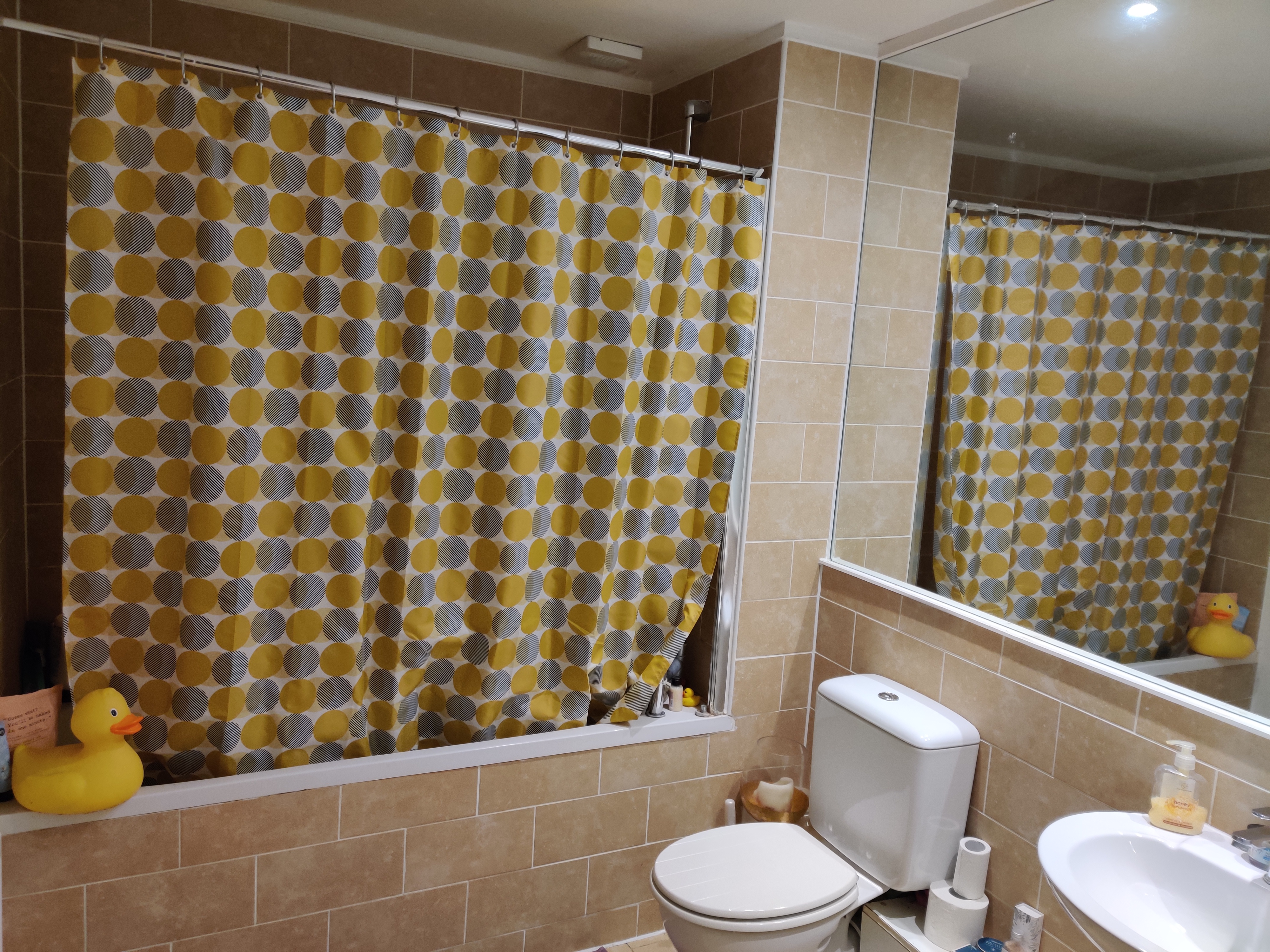 I got a mortgage fixed over five years, with a term of 25 years. My repayments are now roughly £1,000 a month.

Before I bought this place, I was paying around £1,250 for a one-bedroom rental flat in Chiswick, west London.

My mortgage repayments are lower than when I was renting, which is always good.

How did you save up for the deposit?

When I hit my late 20s, I decided that I really needed to start saving. I was living by the wage month to month.

Nothing really went into savings and I thought I needed to grow up a little bit.

I did that for several years. I was still trying to enjoy life and do everything else, but I had to be quite strict with myself. 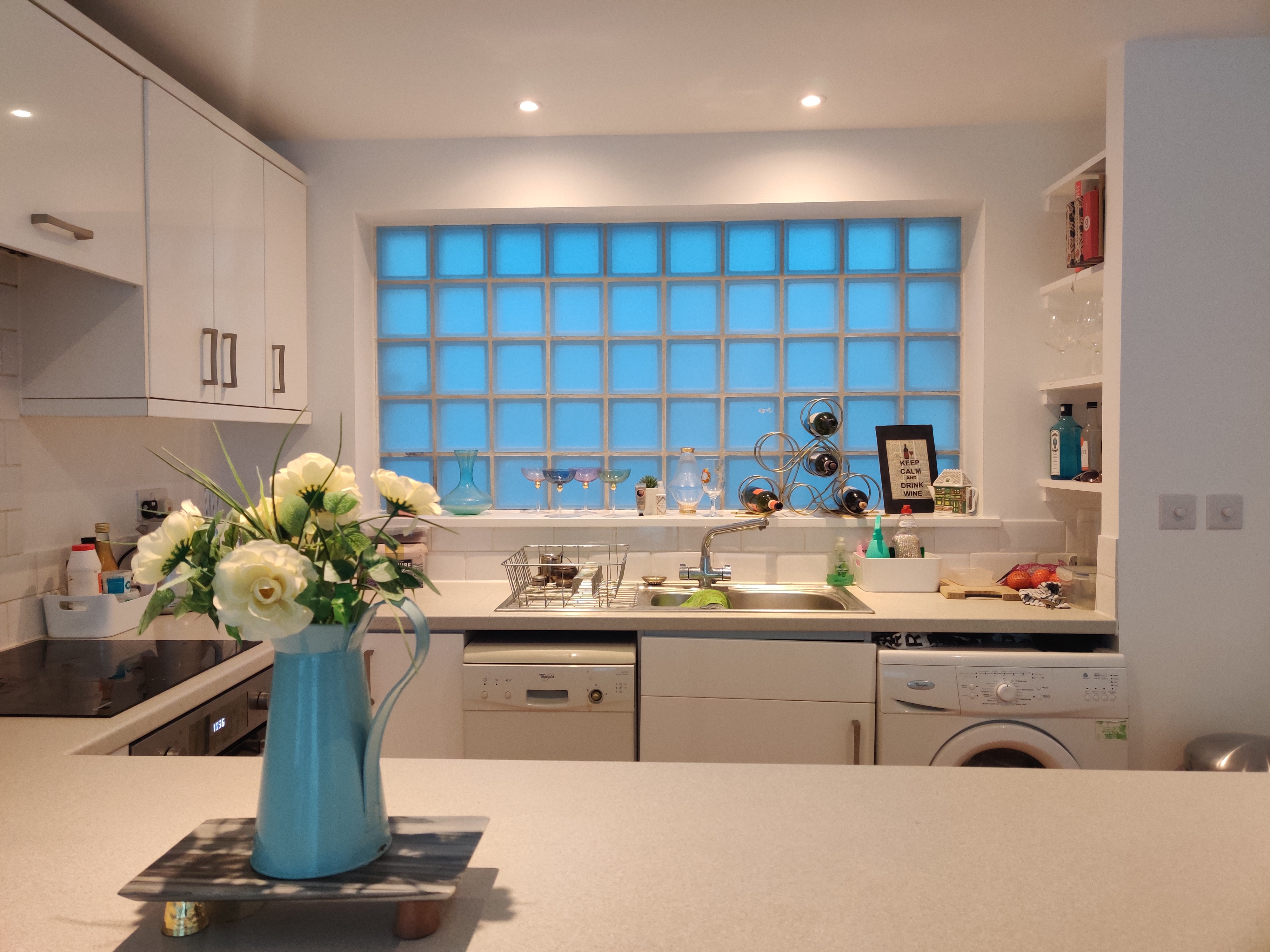 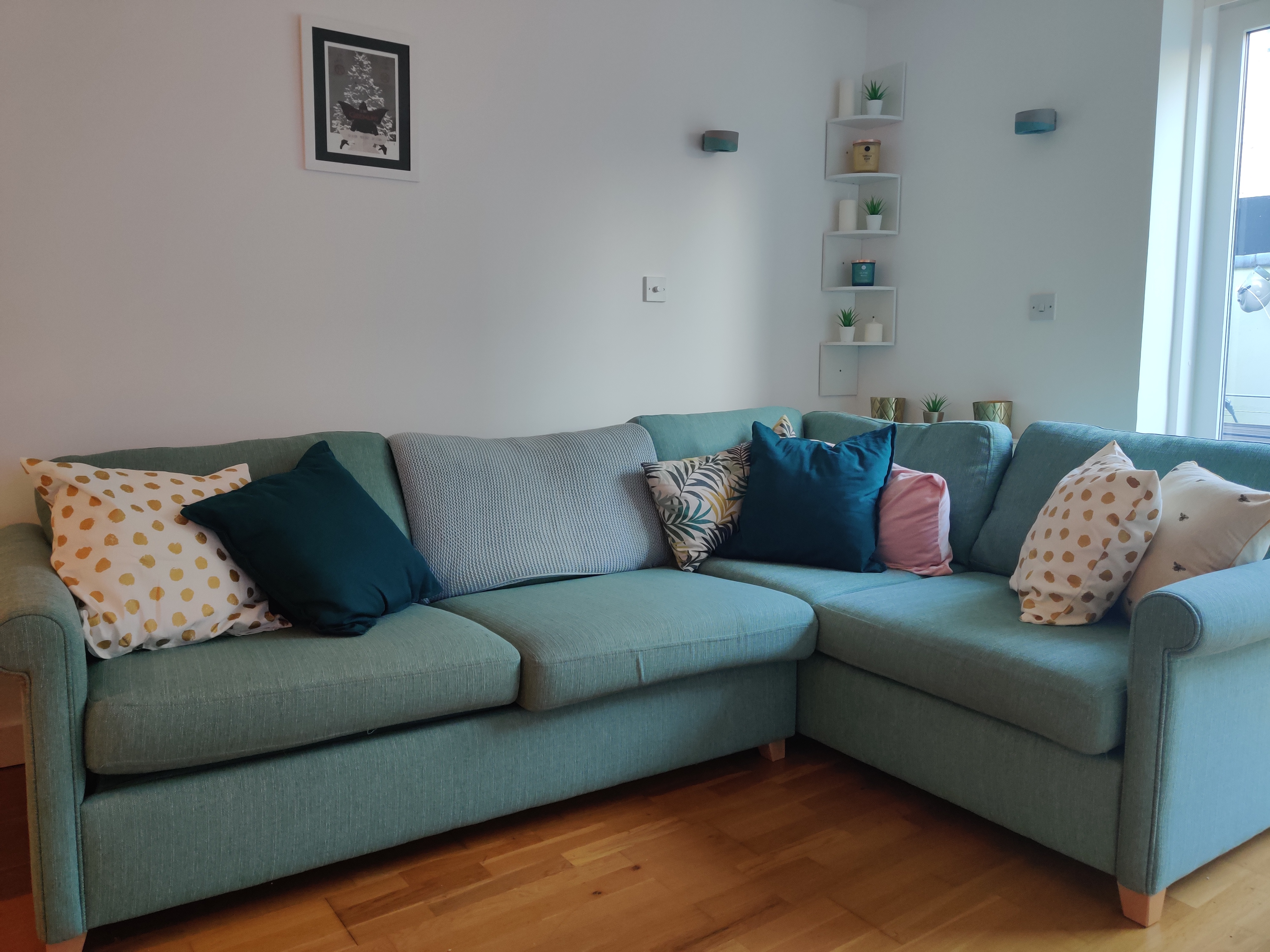 Train fares are expensive so I wouldn’t travel to see people as much, meaning I didn’t visit friends and family outside London as often.

I also cut back on takeaways and just cooked more at home. Plus, I got family and friends to travel to see me for a change.

Another thing is that I moved around quite a lot to find cheaper rent. I would leave houses to live in places that were slightly cheaper.

When I decided I had a sensible amount saved up, I went to the bank to speak to a mortgage advisor on a Saturday.

On the following Wednesday, I was told I was being made redundant from my job.

I was kind of heartbroken because I didn’t know what would happen in the future. I had to put a pause on looking, as I knew I needed to have a job to get a mortgage. 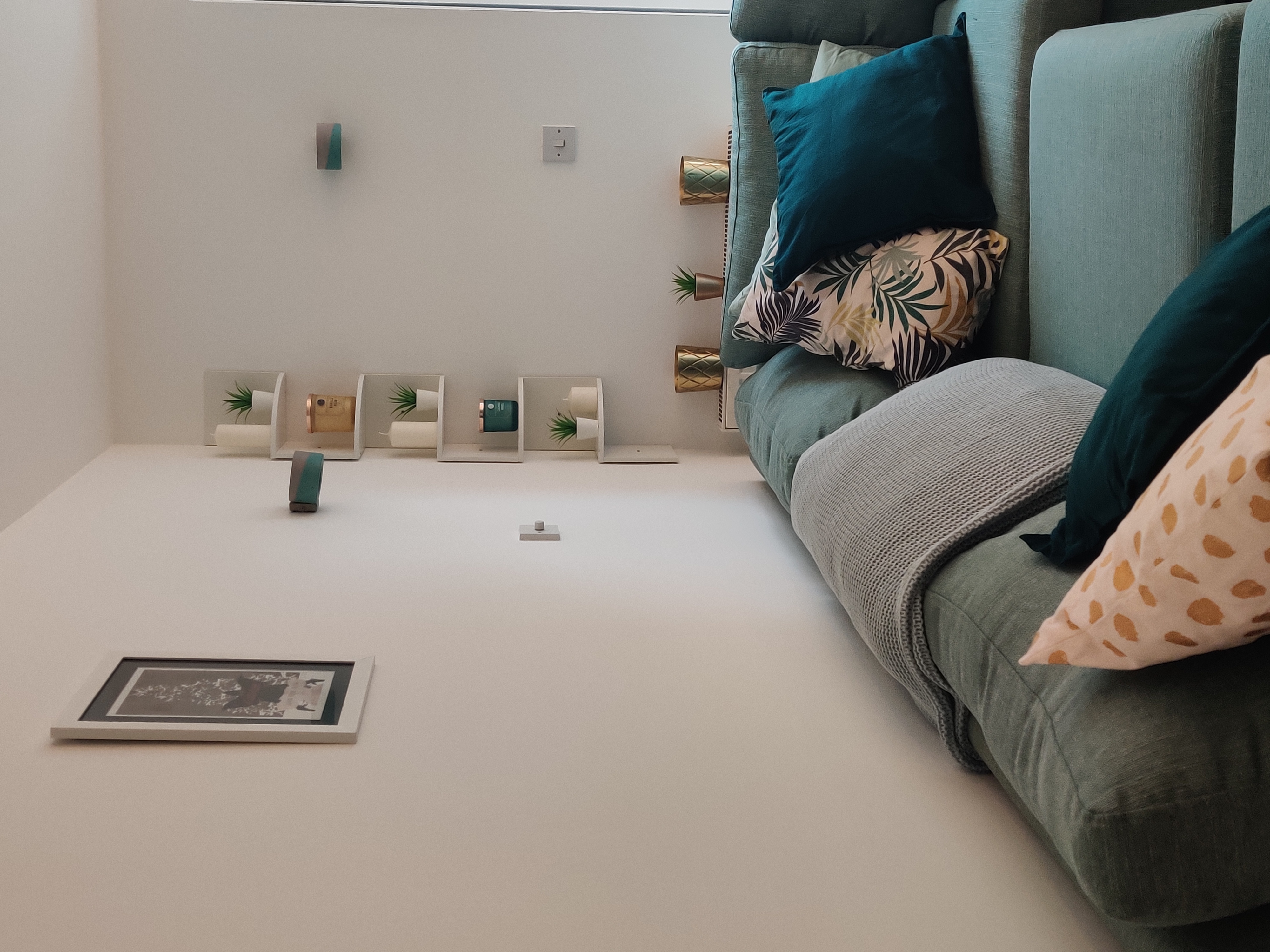 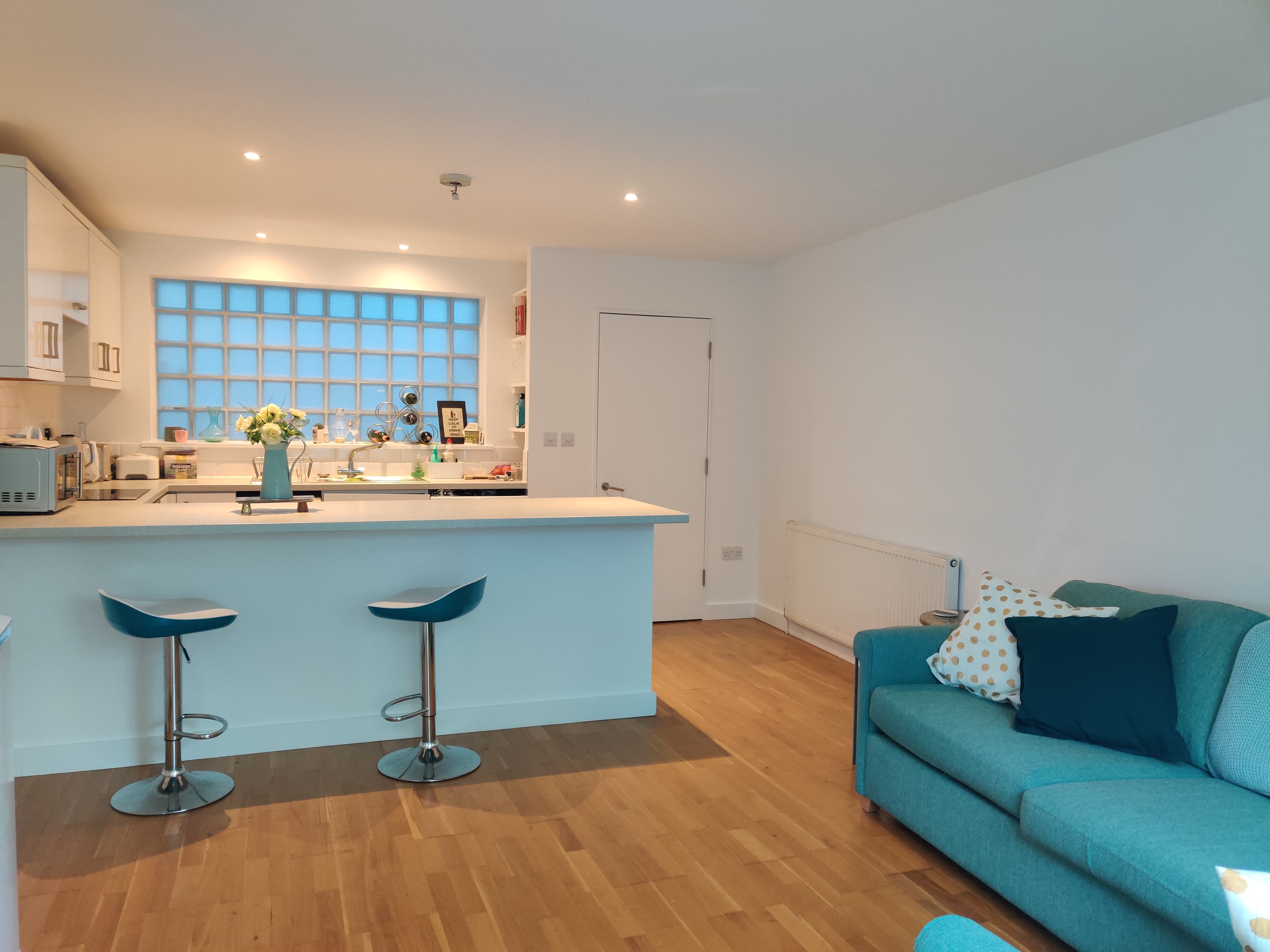 In the end, I used the £10,000 redundancy payout that I got from that job for my deposit fund.

Initially I was thinking that I had a 5% deposit, but the redundancy payment actually meant I could stretch it to 10%, which made the mortgage repayments a bit cheaper.

It took me five years of hard-saving to get my deposit together.

This included the £10,000 redundancy payout, and more than £20,000 of other savings, a bit of inheritance from family members passing away and ad hoc bonuses from my job.

How did you decide on the area?

I’m originally from Scotland and when I moved to London, I sort of always lived in the west.

It’s where I always wanted to be. I honestly didn’t think I’d be able to afford a property in this area in Richmond.

The plan is to stay here for a while, I don’t have any plans to move.

It was a rental property before so I’ve done some work to it, such as paint the walls.

When I started the process, I actually started looking in Twickenham because that was a little bit further out.

Then I found a place in Twickenham that I put down an offer for in May 2018, and it was accepted.

But once I had the survey done, they basically told me to walk away from it. 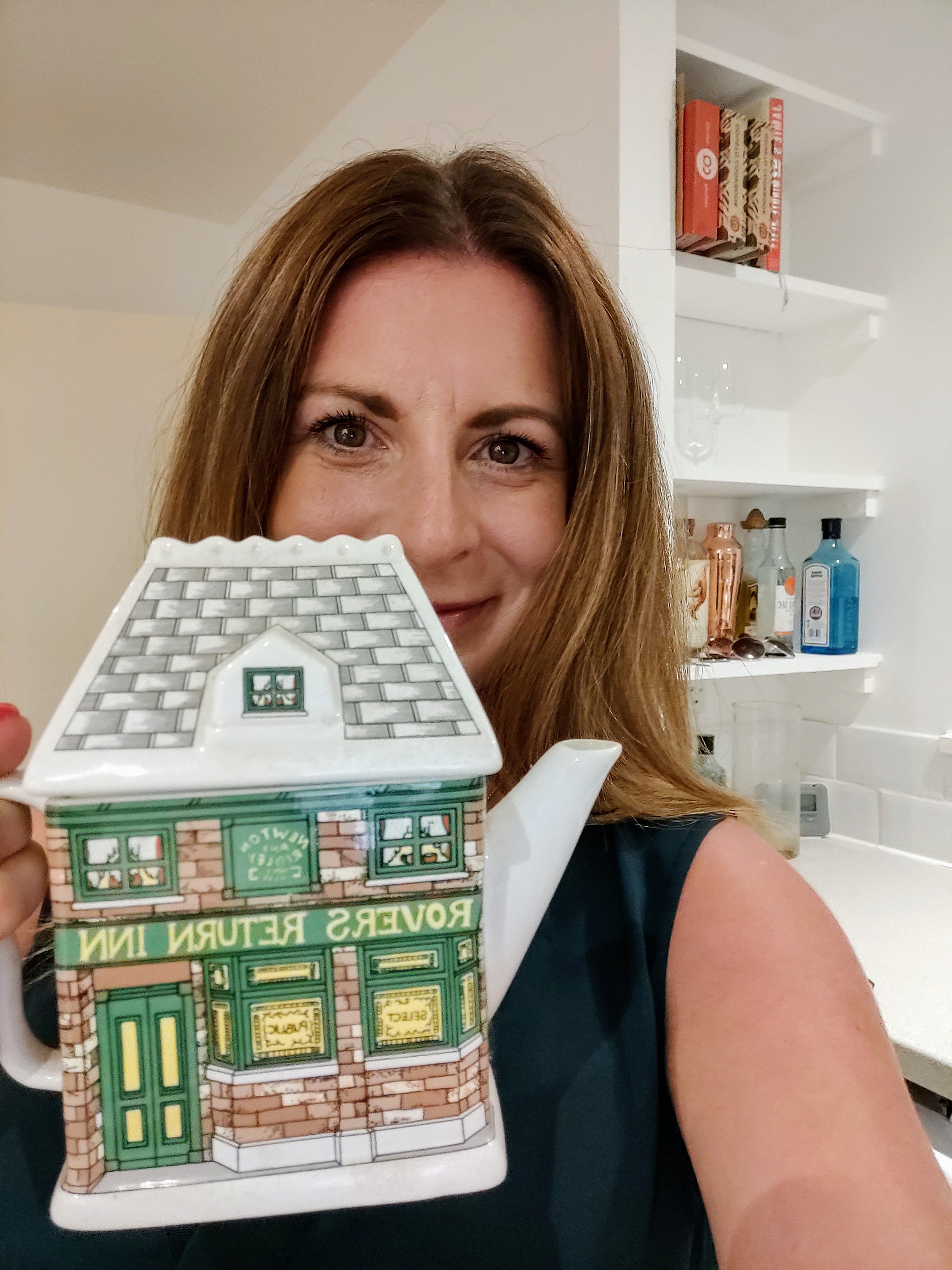 Ash loves her Coronation Street Rovers Return teapot, which was a moving in gift from her stepmum 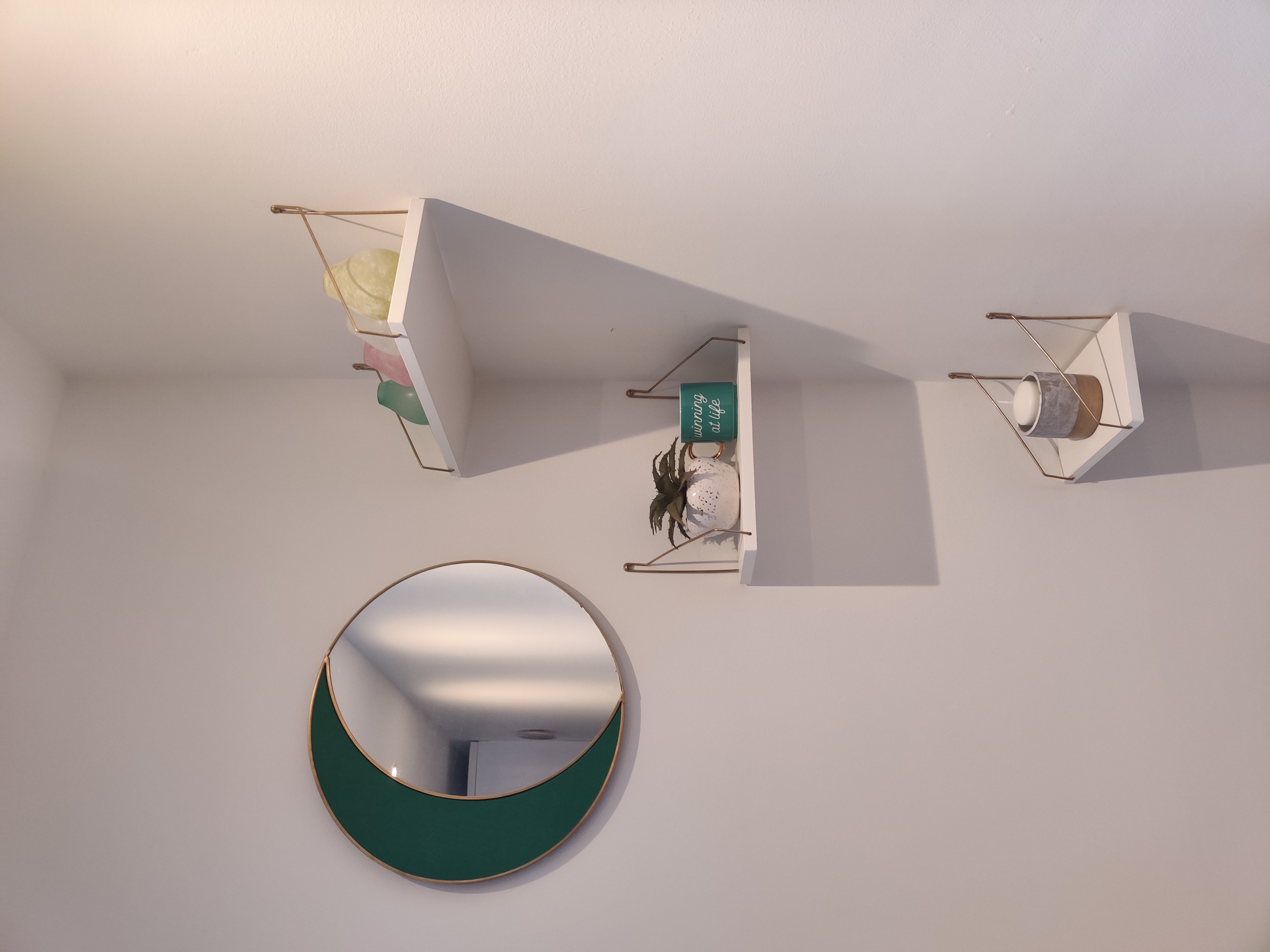 The estate agent had it on the market for a two-bed. And when the surveyor came round, he said that isn’t a second bedroom.

Therefore it didn’t have the right planning permission and all this sort of stuff. So I was heartbroken.

I had to walk away from it after going through the whole process and start from scratch again. I cut off contact with the estate agent.

Was there anything else you found hard about the process?

I didn’t have a clue about leaseholds and how it all worked, it was quite daunting.

Getting my head around that was hard, and I was doing it by myself. My family doesn’t live in London, so all the places I was seeing I was seeing by myself.

My bank Halifax was really helpful during the process though, and I did use a broker for the mortgage too.

I was also lucky that my landlord was a solicitor, and he gave great advice on how it all worked.

I didn’t have any money after buying the place, but I had to get everything from scratch.

The first thing that I bought was a corner sofa. It was bought on finance.

Because it’s a one-bed flat, I knew that if people stay over I can’t really ask them to sleep on the floor.

So I paid a little bit of a deposit, and I’m still paying it off now. I think it will be paid off in October. 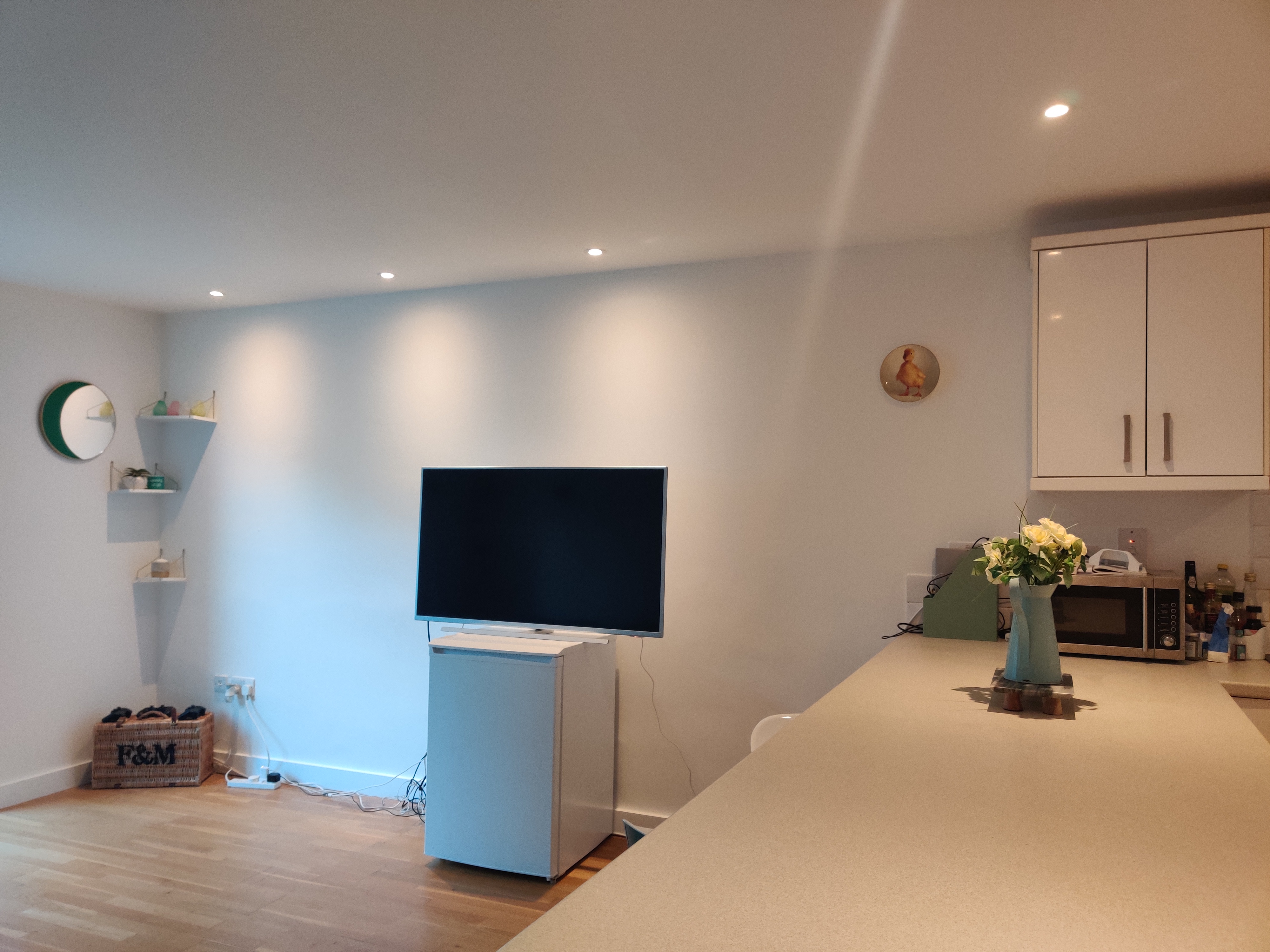 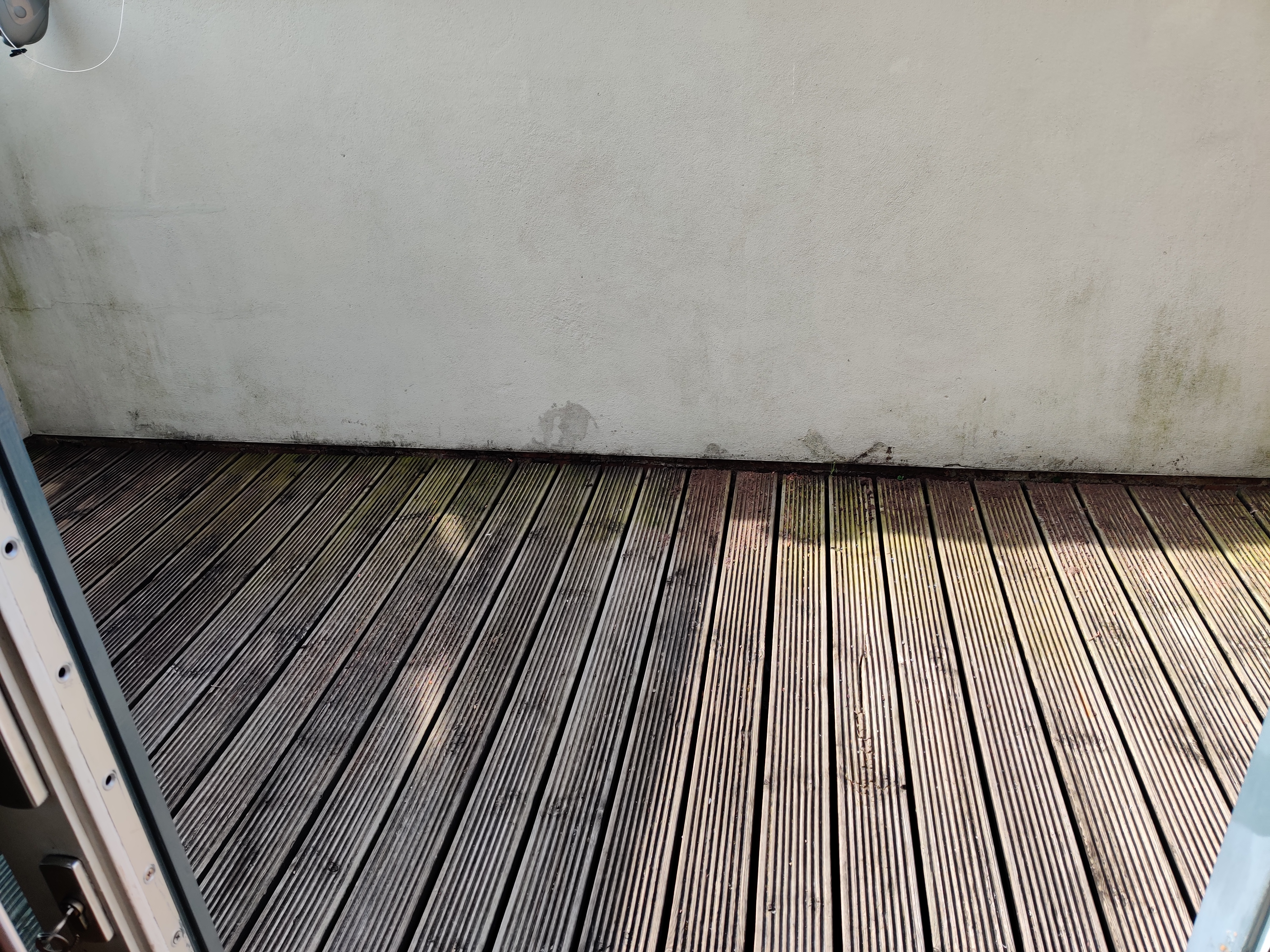 The flat comes with outdoor space, which Ash never thought she’d be able to get

My mum gifted me my bed frame which was really nice of her, and I then bought the mattress.

The sofa and the bed were the two big things for me, but it’s been 18 months of buying stuff.

I was lucky because all of the white goods were left in the property as part of the negotiation, so that was good.

I’ve only just recently bought a freezer. I lived without a freezer for 18 months, which people think it’s ludicrous.

Lockdown forced me to get a freezer, I think it’s actually saved me a lot of money.

What advice would you give to other first-time buyers?

Don’t think that you can’t do it, it can be done. Even in this time of uncertainty and jobs.

You have to give up a little bit of the luxuries at times, but I guess now is the perfect time to save when people aren’t travelling as much.

Set yourself a target every month and do your best to stick to it. Everyone treats themselves now and again, but don’t be hardened by it.

A hard-working doctor joined a peer to peer savings scheme to help her buy her £335k two-bed first home – but it didn’t come without risks.

Meanwhile, another first-time buyer tells us how moving out of London and quitting the gym helped her buy £450,000 first-home.

Plus, a third first-time buyer stopped spending £100 a month on clothes and shoes to help him save up for his £315,000 one-bedroom flat.