HARD-WORKING doctor Irene Asamoah, 29, struggled to get into a habit putting money away regularly despite working extra hospital shifts in a bid to boost her savings.

To resist the urge of spending on holidays, Irene joined a peer to peer savings scheme to help her save up a house deposit. 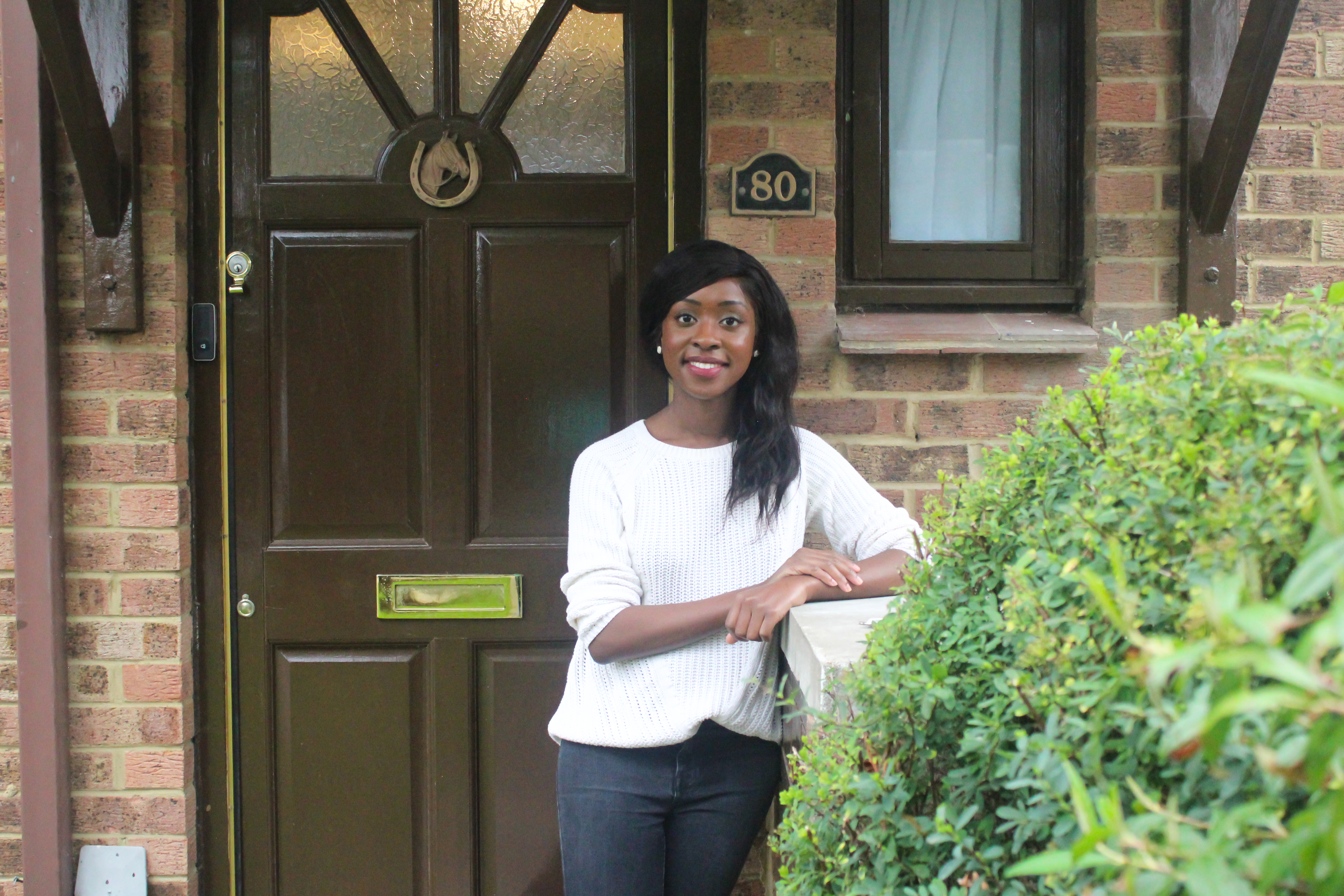 The scheme, which is run by StepLadder, asked her to pay £750 a month for 16 months.

Every month one of 16 savers was then selected to receive the full collective sum of £12,000.

It’s risky though. The schemes aren’t regulated in the way banks are, meaning your cash could be lost if the business fails, but Irene says she wasn’t worried.

Irene was very lucky. After four months she was drawn to receive the £12,000 payout.

She had to continue paying the £750 a month for the full 16 months.

Irene shares her experiences of getting on the property ladder for The Sun’s My First Home series.

It’s a two-bedroom terraced house located in Middlesex, southeast England. It has one bathroom and two toilets, as well as a big garden.

When I first moved in, it was very old-fashioned with old carpets and popcorn ceilings.

The latter is a ceiling with a certain spray-on or paint-on treatment, which used to be common to cover up flaws. 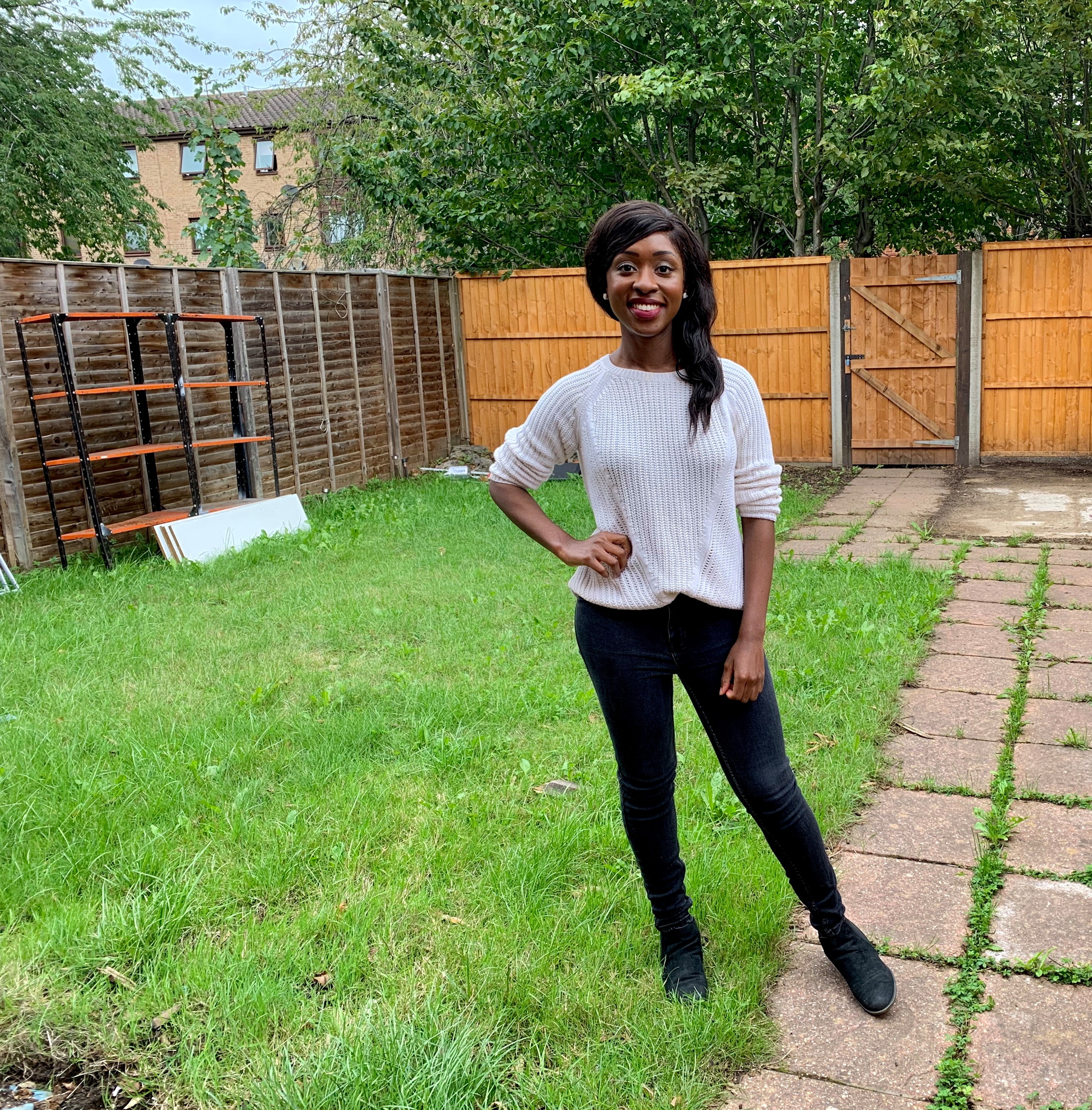 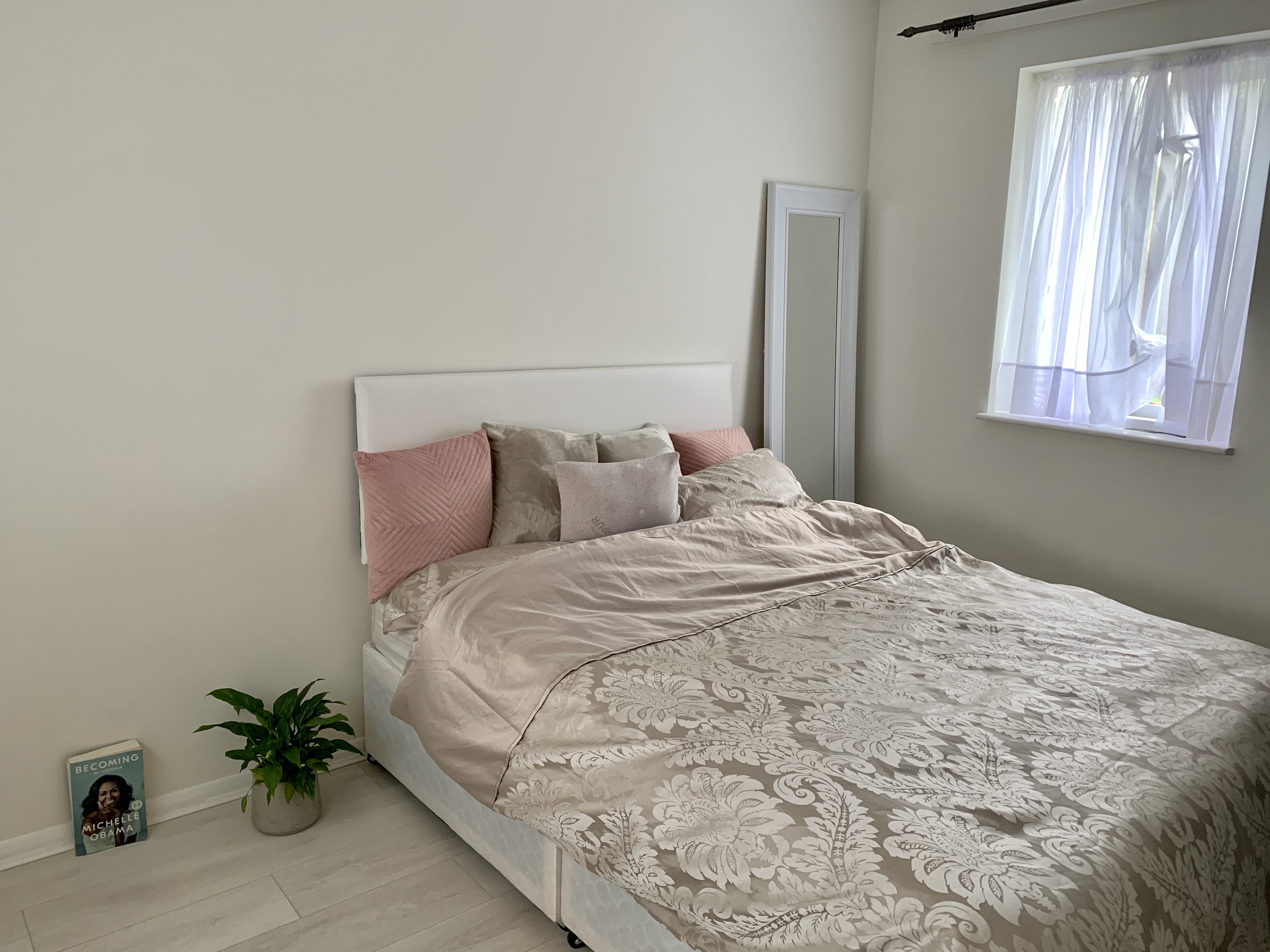 The savvy doctor has renovated the house since she moved in, costing her an extra £20,000

The house is modern now because I’ve renovated it and ripped everything out, it cost me £20,000.

The property goes in cream colours with some more earthy tones.

I put down the offer in June last year, and the transaction completed in January.

How did you save up for the deposit?

I joined a rotating savings scheme [also known as peer to peer] run by a startup called StepLadder, which launched at the beginning of last year.

I found about it through an Instagram ad and was intrigued as I’d been thinking about buying a home for a while.

I did research on it and it seemed legitimate, so I spoke to StepLadder over the phone and signed up within a few weeks. 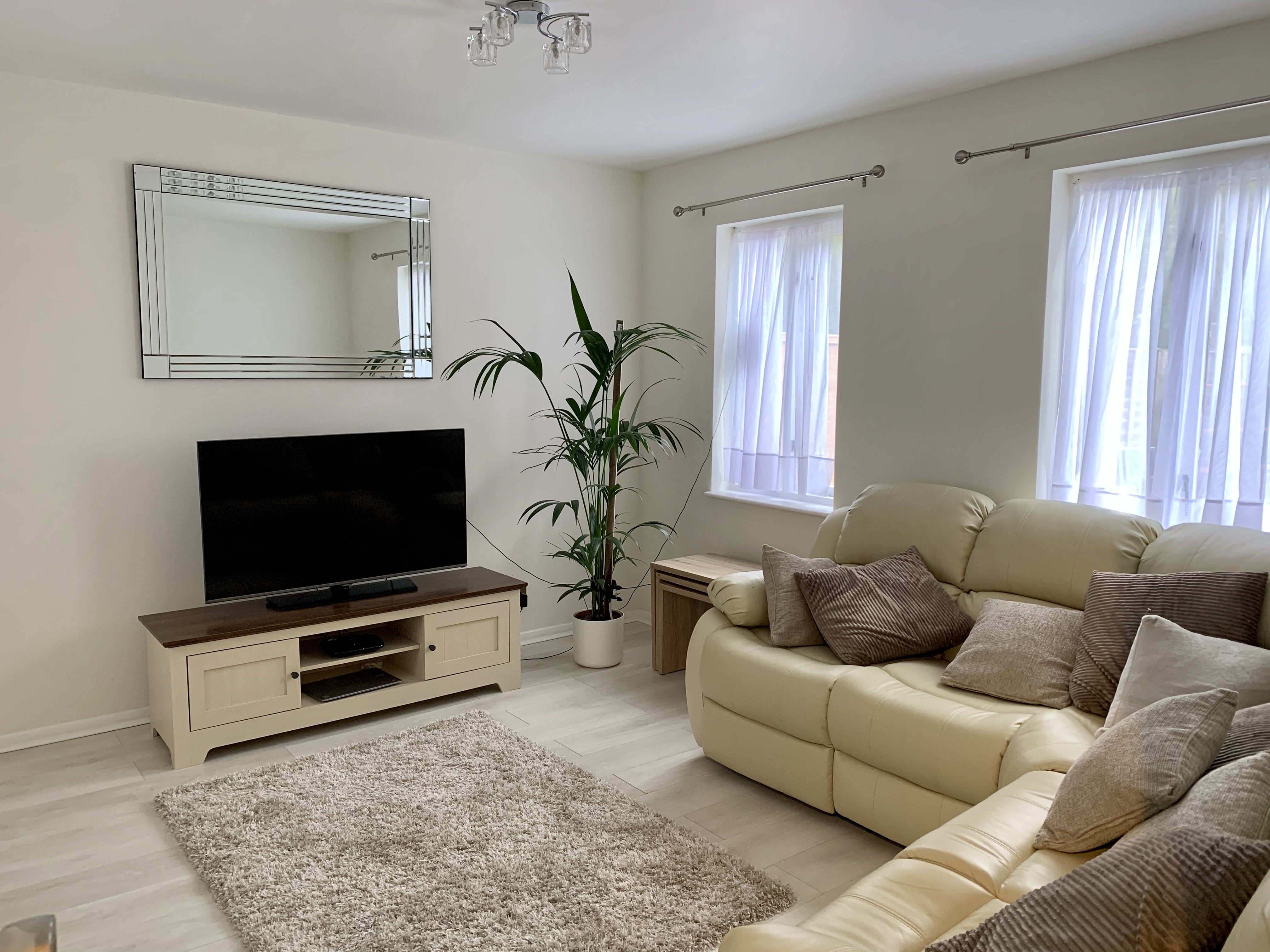 The property goes in cream colours with some more earthy tones.

Every month, one member of the pool was selected to receive £12,000.

I still had to contribute the £750 monthly payment for the full 16-month period though.

What is peer to peer or a rotating savings scheme?

If you’re interested in using one you need to be aware of the catches. We explain what to look out for.

Peer to peer firms are not covered by the Financial Services Compensation Scheme, meaning your money isn’t protected like a bank if the company did go bust.

Stepladder is an appointed representative of More Lending Solutions, which is regulated by the Financial Conduct Authority.

There are many peer to peer lending platforms in the UK, including Zopa and Funding Circle, although Portia’s Partnership Savings Club and StepLadder are one of few firms offering savings circles.

You usually have to pass a credit and affordability check before you sign up.

In total you’d pay £400 in fees – and you aren’t getting a return in terms of interest on your investment.

There are also late payment fees which you need to be careful of.

It’s also worth checking whether the firm will cover the cost of an investment if another participant drops out – StepLadder says it will.

Plus you can only access the cash once you find a house to buy and the cash is sent to your solicitor.

Keep in mind the scheme could make it more difficult to get a mortgage until the circle has ended as you may have to still pay a large chunk each month.

Your savings could also earn interest elsewhere at a higher rate – and you wouldn’t have to pay a fee.

Peer to peer firm Lendy, which offered loans on property developments, collapsed into administration in May 2019, with investors at risk of losing a collective £152million.

Funding Secure then went bust in October last year, leaving investors in limbo about £80million worth of loans.

I found the savings scheme really helpful, as I knew I wouldn’t have the commitment to put away the £750 each month.

I probably would have spent it on holiday otherwise, so it definitely helped me buy a property sooner.

I wasn’t really in touch with the other people in my circle, but we had a WhatsApp group and whenever someone’s name was drawn, we congratulated each other.

How did you cut back on your spending?

I started looking for homes before I had saved the deposit and used that as the incentive and motivation I needed to help plan how much I needed to save.

I was quite strict with savings in terms of how much I was spending, and saved around £2,000 each month including the £750 for StepLadder.

It’d put away as much as I could each month into a savings account, but it wasn’t a scheduled amount.

I cut back by taking lunch into work and avoided spending on several holidays abroad like I would have in previous years.

I have a slight coffee addiction so I stopped buying two coffees a day at work, and took Nescafe granules with me. 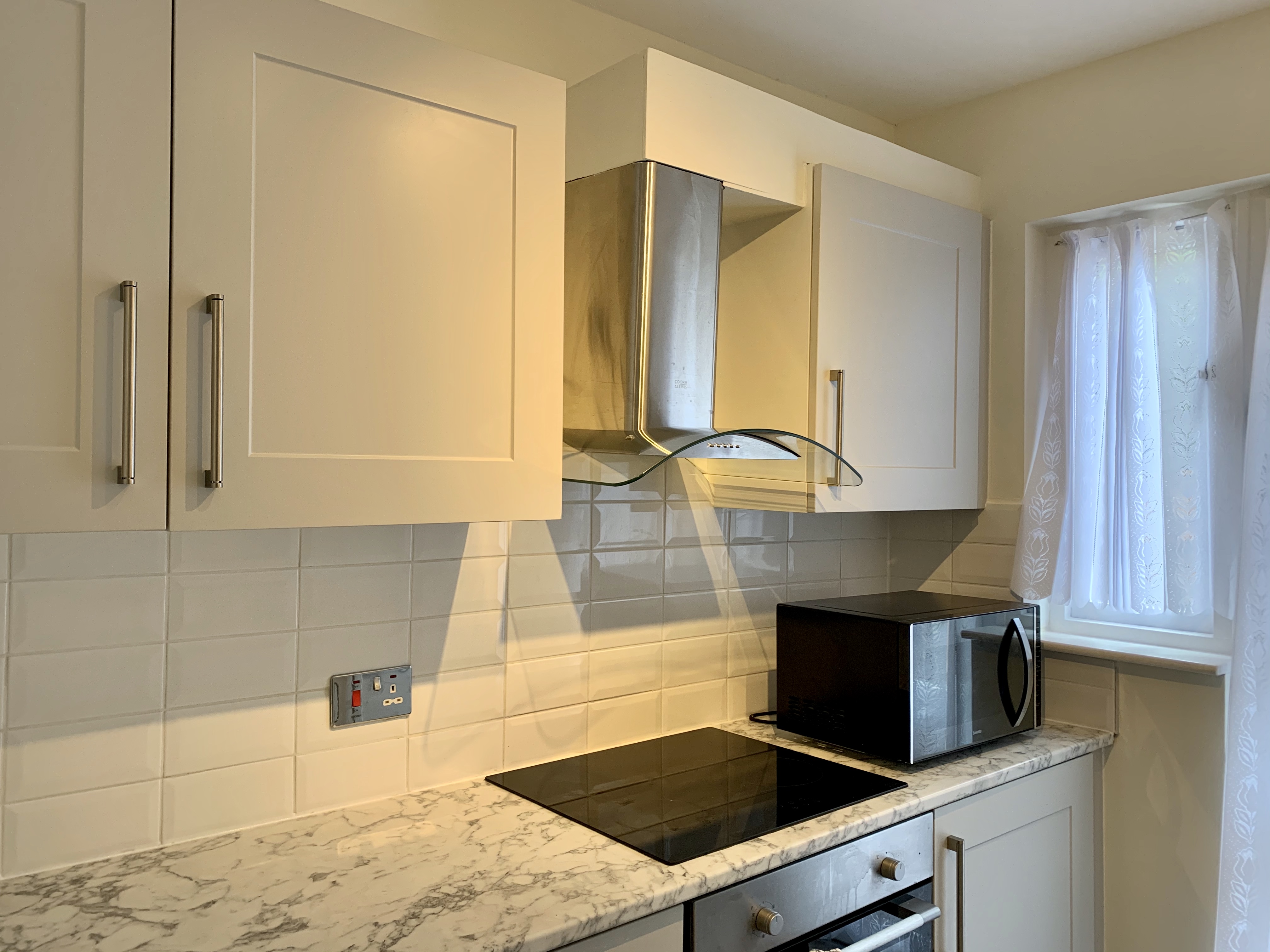 Irene has renovated the kitchen to make it more modern

I also cut back on shopping for new clothes, purchasing new items only once or twice per year.

Plus, My Uber account took a back seat and I found ordering tap water at dinner instead of my usual wine was helpful in cutting back costs too.

Basically, I had a slightly less “fun” year in order to achieve my long-term goal of owning my own home.

Luckily, I had the opportunity to work lots which meant it was slightly easier to put money away at the end of each month. 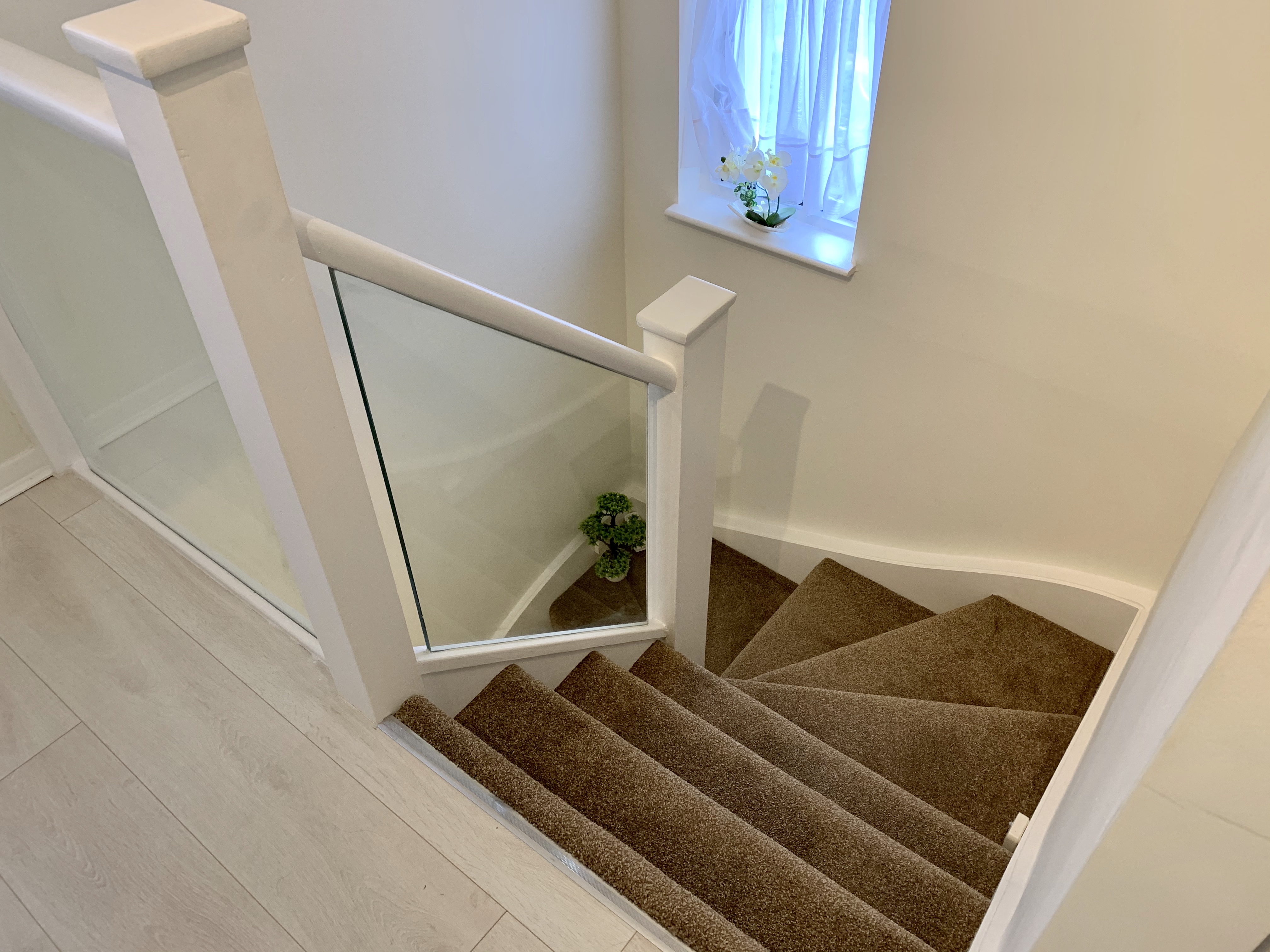 The two-bedroom property is spread over two floor

I’d do two or three extra shifts at the hospital each week on top of my full-time job as a doctor.

I was a higher-rate taxpayer, meaning I earned more than £50,000 a year, which was really helpful in terms of getting the money.

I’d been renting before but temporarily also moved home to my parents’ place for a year to help me save.

How did you decide on the area?

It was really tricky, initially I was looking everywhere and in Borehamwood because it’s near my family.

Eventually I ended up in Middlesex – it’s just three minutes away from family. 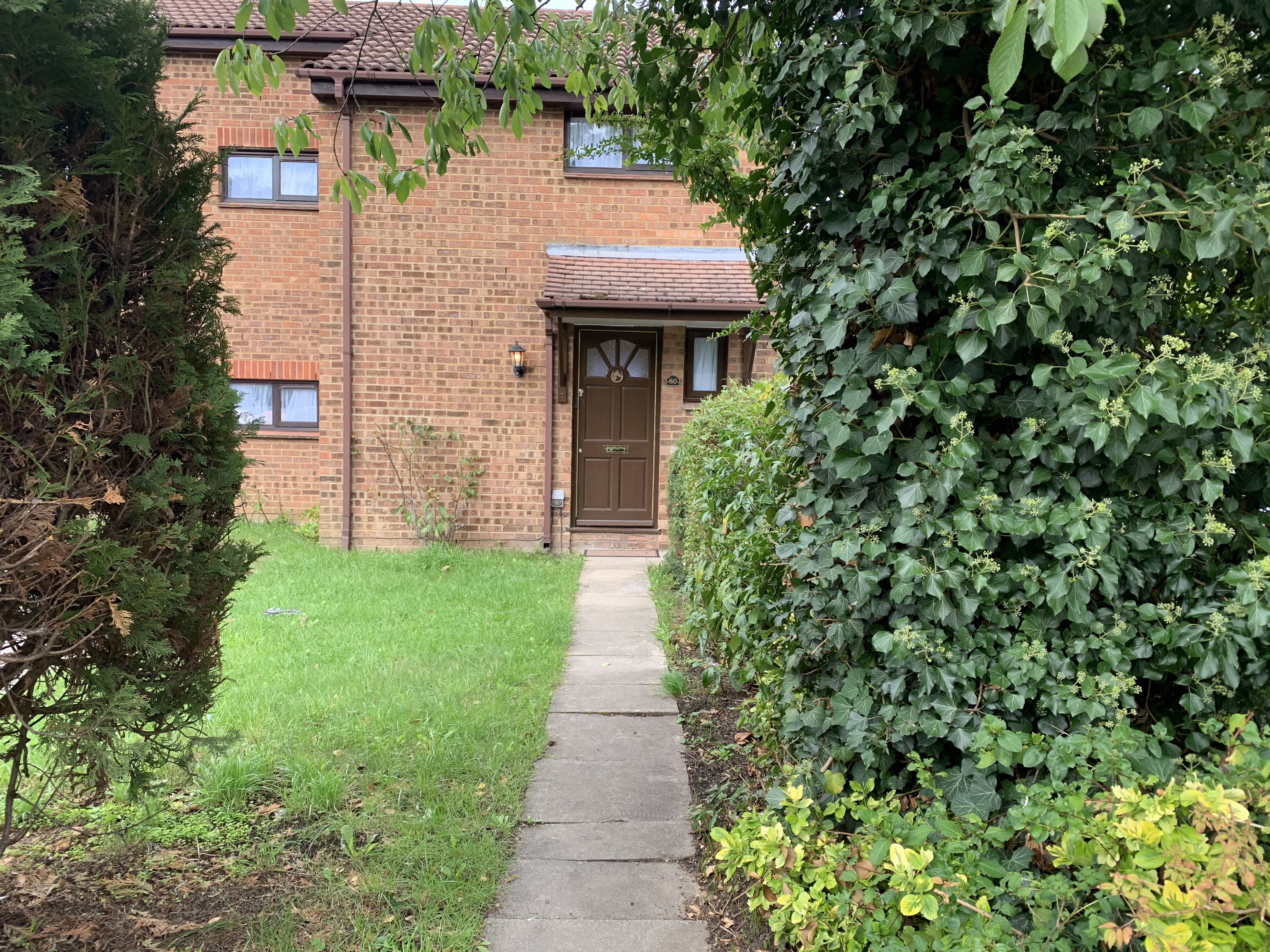 The house is located in Middlesex, southeast England, with Irene’s family just three minutes away 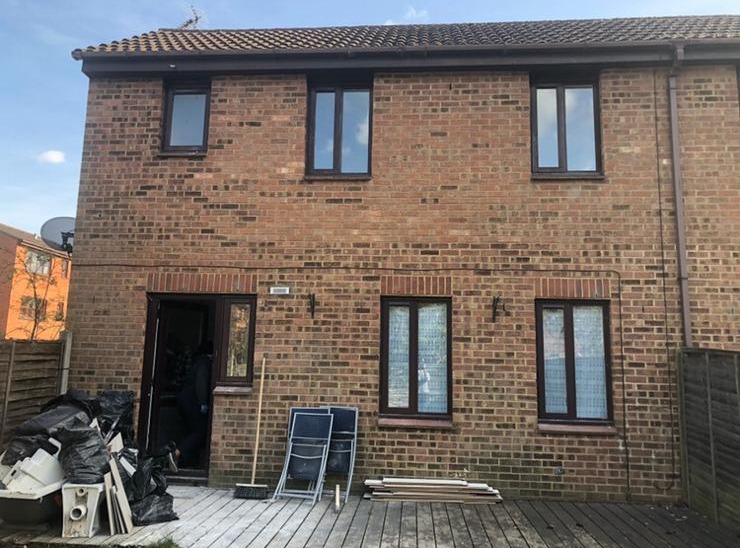 It was the best deal and for me, as a Christian, it felt like an answered prayer.

I was like “God, please help me out” and then this showed up on Rightmove. It ticked all the boxes.

I was initially looking at flats, but then considering ground rents with leaseholds, I decided to buy a house where it felt like there was a bit more freedom.

I’m planning to stay here for at least five years.

It was a bit tricky, because my first mortgage was refused from Barclays. They didn’t really give a reason, but potentially because I was going for a lower deposit.

The second mortgage went through though, thankfully.

Another issue I had was when the offer had been accepted. I was in a chain and the guy who was moving from this house had found a new place, but then it turns out it had a crack in the wall.

So he had to find another place so rather than being smooth, the chain made it a bit longer.

I had some furniture from before but it was a mixture. The furniture was quite delayed, so I’ve only just finished it actually.

I’d buy the furniture monthly when I moved in. As payday came, I’d just buy a few more bits and pieces.

What advice would you give to other first-time buyers?

Try not to be disheartened if anything goes wrong.

It also helps having a clear cut figure in terms of your budget for the house.

It’s also important to think realistically about long-term costs, so when I was looking at flats, I had to think about service charges and ground rent.

Plus, consider your future career plans so you can calculate the affordability and leeway in terms of being able to pay your mortgage long-term.

A first-time buyer tells us how moving out of London and quitting the gym helped her buy £450,000 first-home.

Meanwhile, another stopped spending £100 a month on clothes and shoes to help him save up for his £315,000 one-bedroom flat.

Plus, a married couple managed to buy their £282,000 two-bedroom terraced house outside Brighton by cutting back on holidays and eating out.