WHEN first-time buyer Steven Luemba decided to get serious about saving for a house he knew he’d have to curb his £100 a month shopping habit.

The 29-year-old interior designer cut down on his spending sprees and limited the amount he had to drink on nights out to help save up the £18,000 he needed to buy his first home. 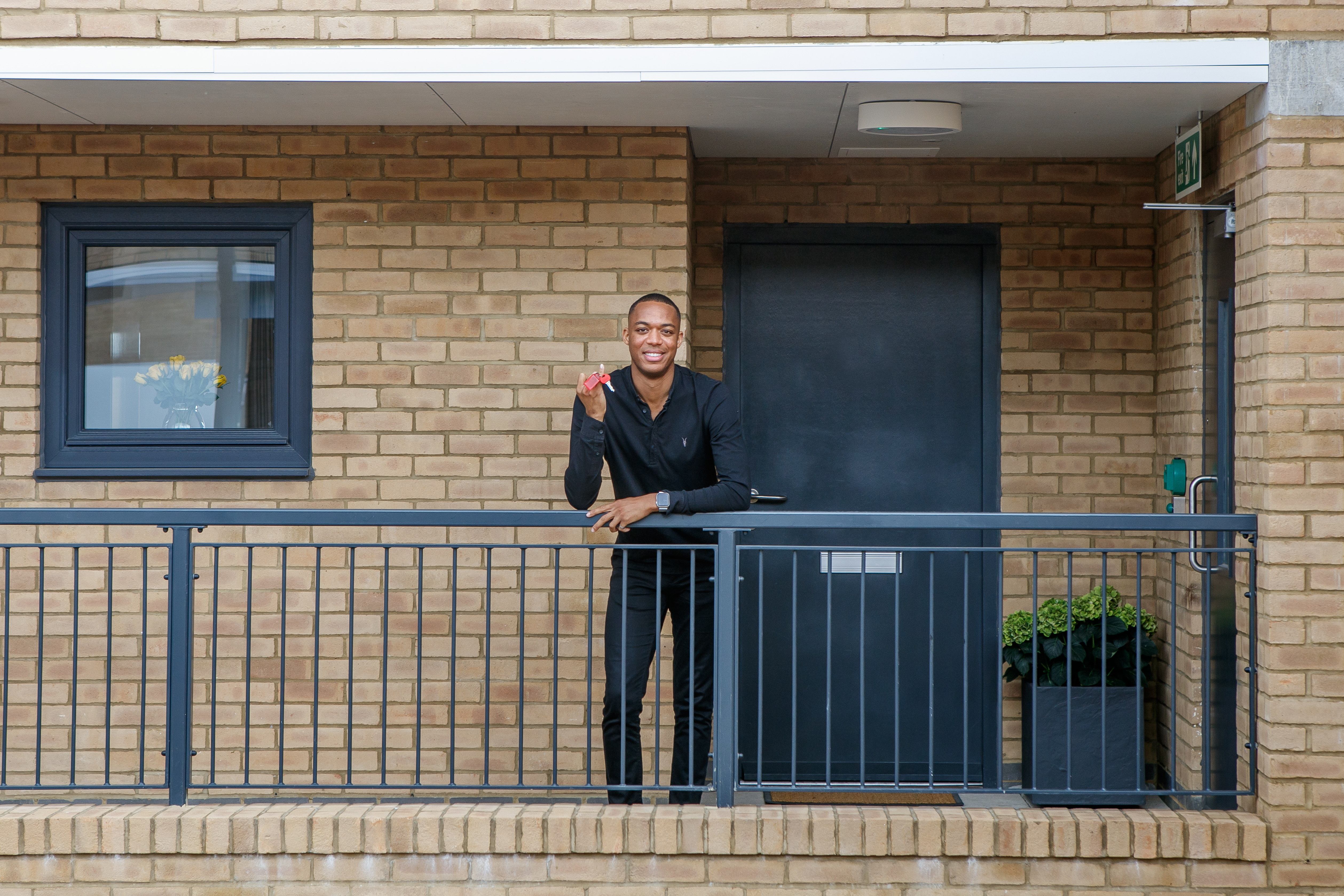 Interior designer Steven Luemba, 29, cut down on buying clothes and shoes to help him save up for his £315,000 one-bedroom flat

Instead of spending £50 to £100 a month on clothes he did one shopping trip a year, but still limited himself so he could save an extra £1,000 a year.

He picked up the keys to his one-bed £315,000 flat in Hackbridge, south London, in February this year just before coronavirus lockdown hit the UK.

Steven also decided to cut back on the number of drinks he had when he went out with friends, but he didn’t have to give up on his social life. 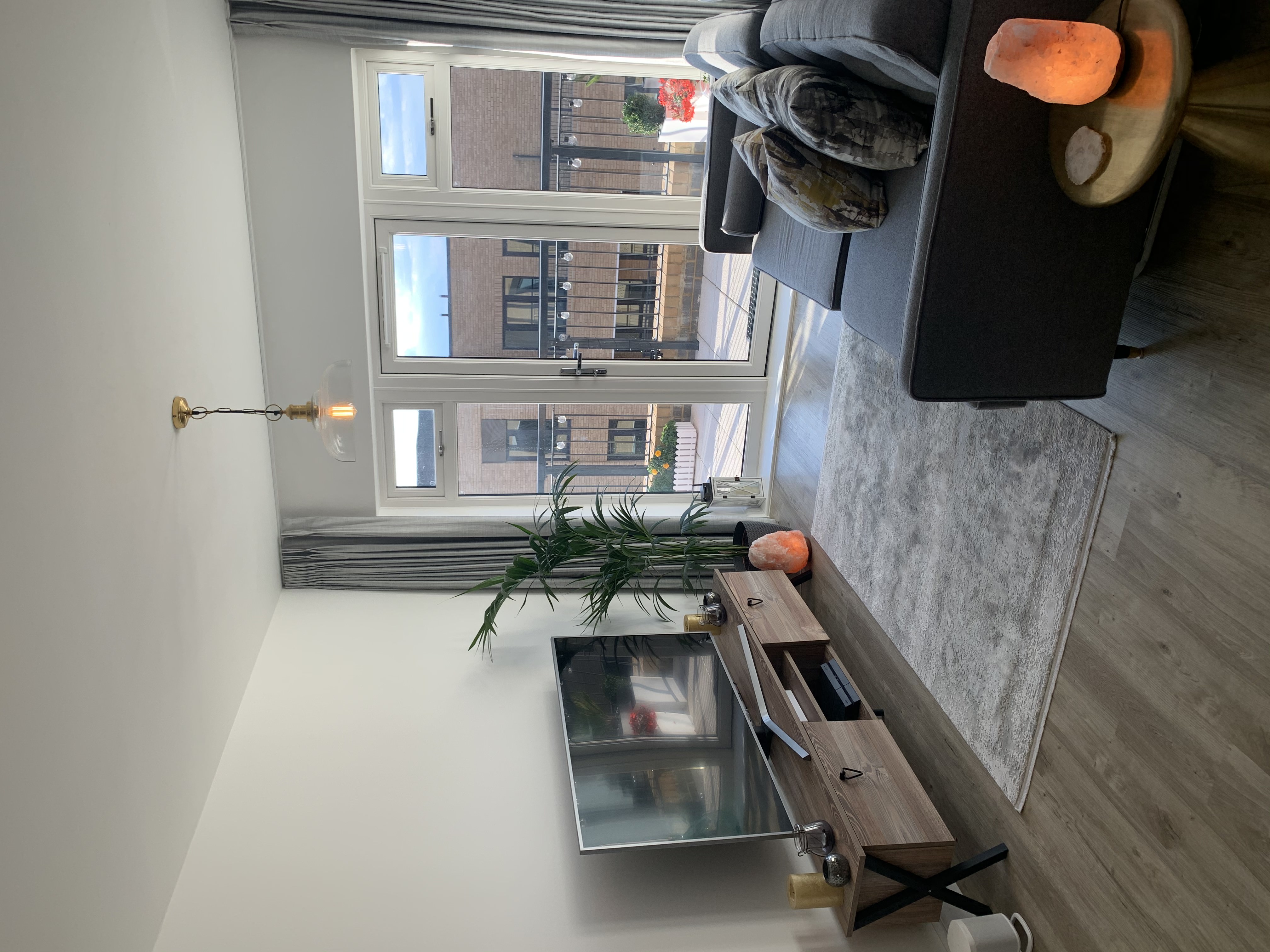 Steven picked up the keys to his newly built flat in Hackbridge, south London, in February this year 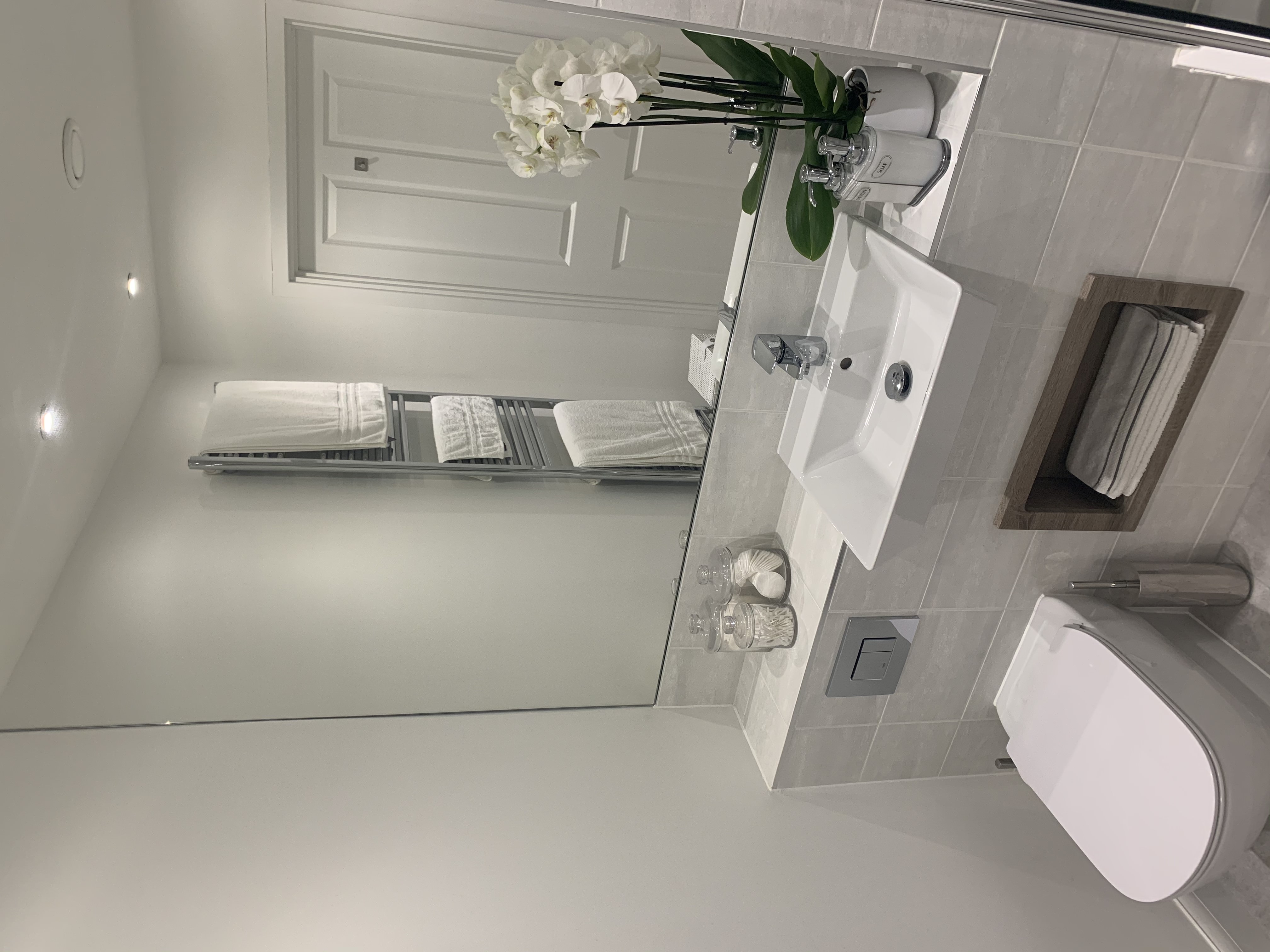 By also moving in with his parents for three years, where he paid just £300 a month in rent, he managed to put away around £1,000 a month.

Steven put down the deposit on the property in February 2019 and was due to move in the summer of that year, but he had his plans thrown up in the air due to delays with the build.

Now happily settled in his new home, Steven shared his experiences of getting on the property ladder for The Sun’s My First Home series.

Can you tell us about your property and the area you live in?

I live in a one-bed apartment in Hackbridge, south London, in a development called New Mill Quarter by housebuilder Barratt.

I’m originally from south-east London, but was open to moving anywhere that wasn’t too far out and is easy to get into town.

Hackbridge is in south west London, and is a really convenient location for me, as I work in central London and need to be able to get in easily.

It only takes 30 minutes to get into London Victoria, and my apartment is right across the road from the station so it ticked all the boxes. 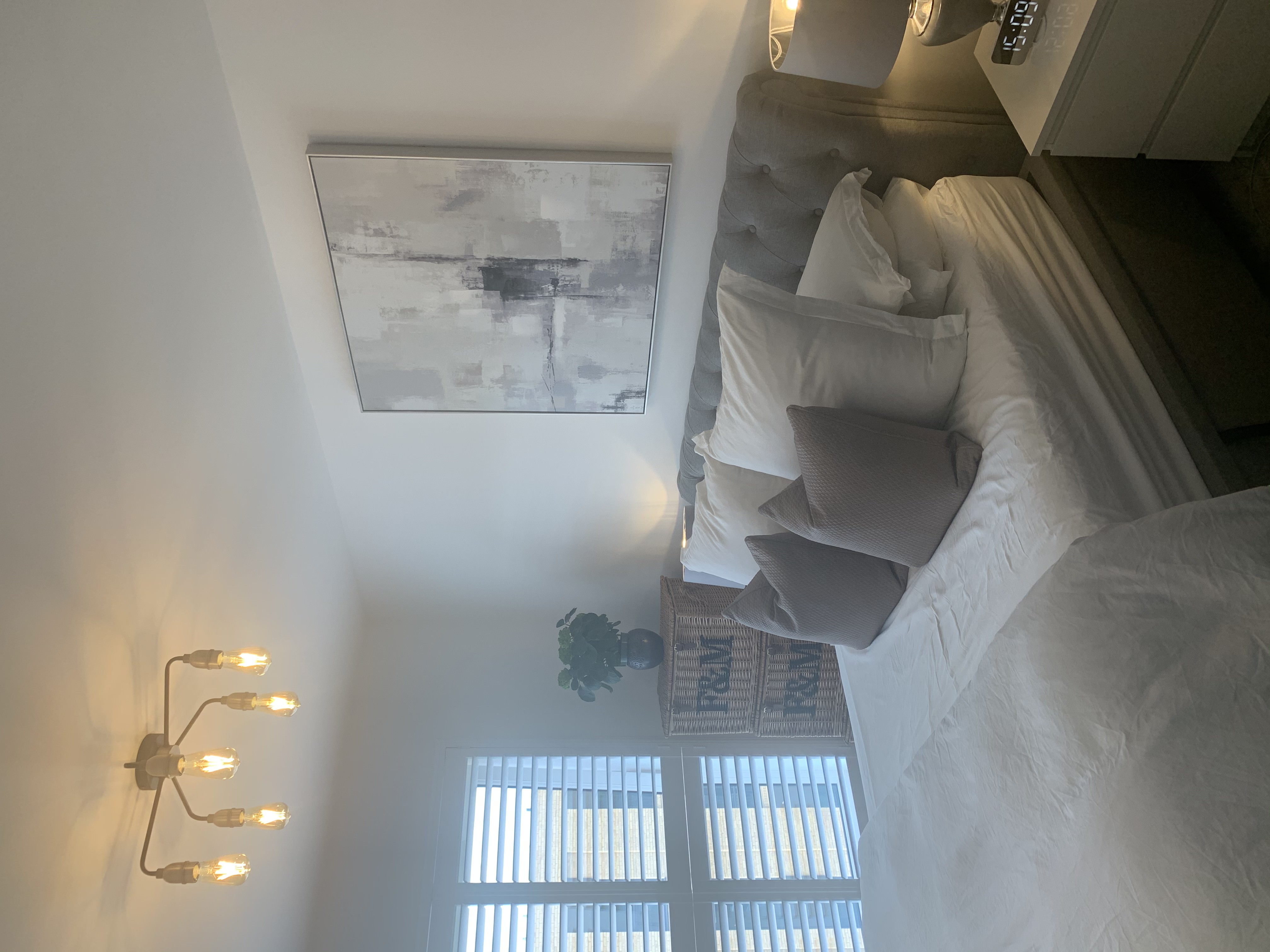 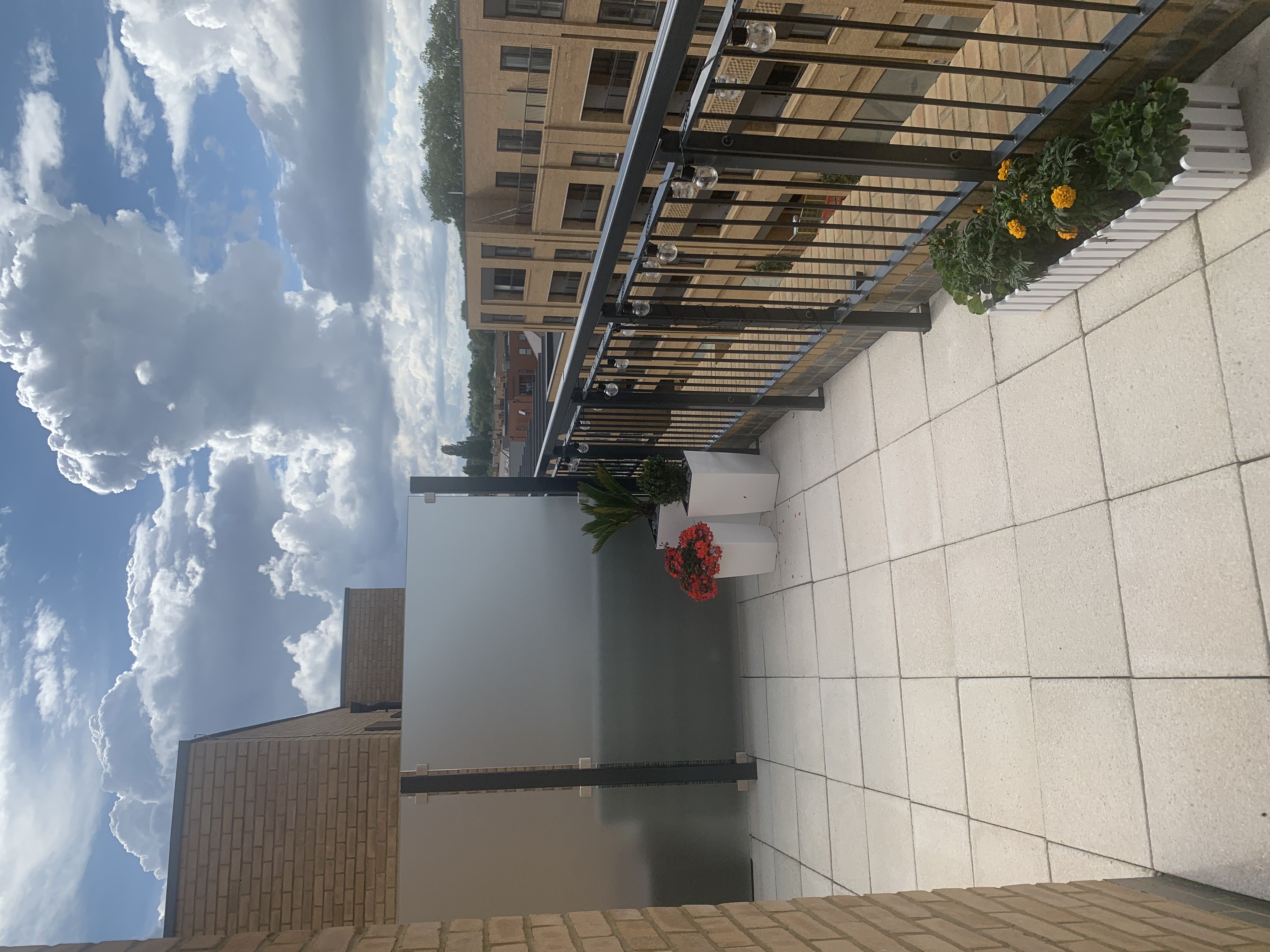 The property is located right across a train station, making the commute into London easy 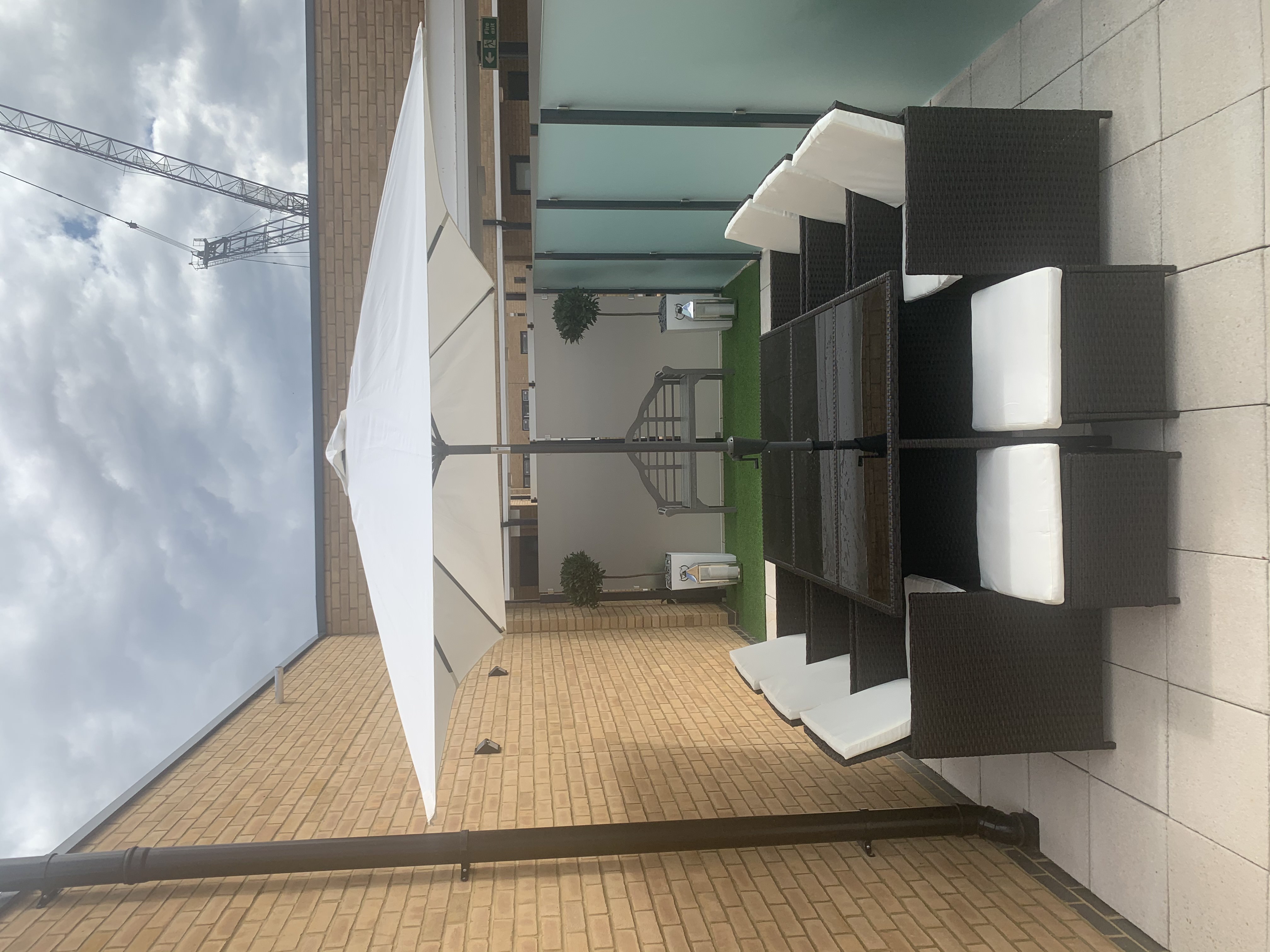 The private outdoor terrace has more than enough space for gatherings

My flat is on the top floor of a new build block. I was originally looking for a two-bedroom apartment, but this comes with its own private terrace so I was sold as soon as I saw that.

I put new shutters and blinds in when I moved in, and bought myself a few luxury items like a sofa from Swoon and a marble table from West Elm, as well as nice dining room chairs – but then I’ve got lots of other nice bits from Ikea and John Lewis too.

I also have a big 10 seater table on the terrace with a parasol, which has been great for seeing friends since lockdown has eased.

How much did the property cost?

I also had to put down an additional £500 to secure it after I saw the plans as there were other people interested in purchasing.

I only needed to put down a 5% deposit, so I decided to save the rest for fees and other costs.

How did you save for the deposit?

I still managed to keep my social life, but I basically didn’t buy any clothes for three years.

I’d only treat myself to something new once a year, so it helped me boost my savings.

Before I started saving, I would probably spend between £50 and £100 a month on a few pieces.

This means I cut my clothes shopping budget by up to £1,000 a year.

I still managed to keep my social life, but I’d only have a couple of drinks if I went out and tried to live off £100-£200 fun spending money a month.

I was also lucky enough to be able to move back in with my parents in Greenwich, London, for three years and only paid £300 a month in rent. 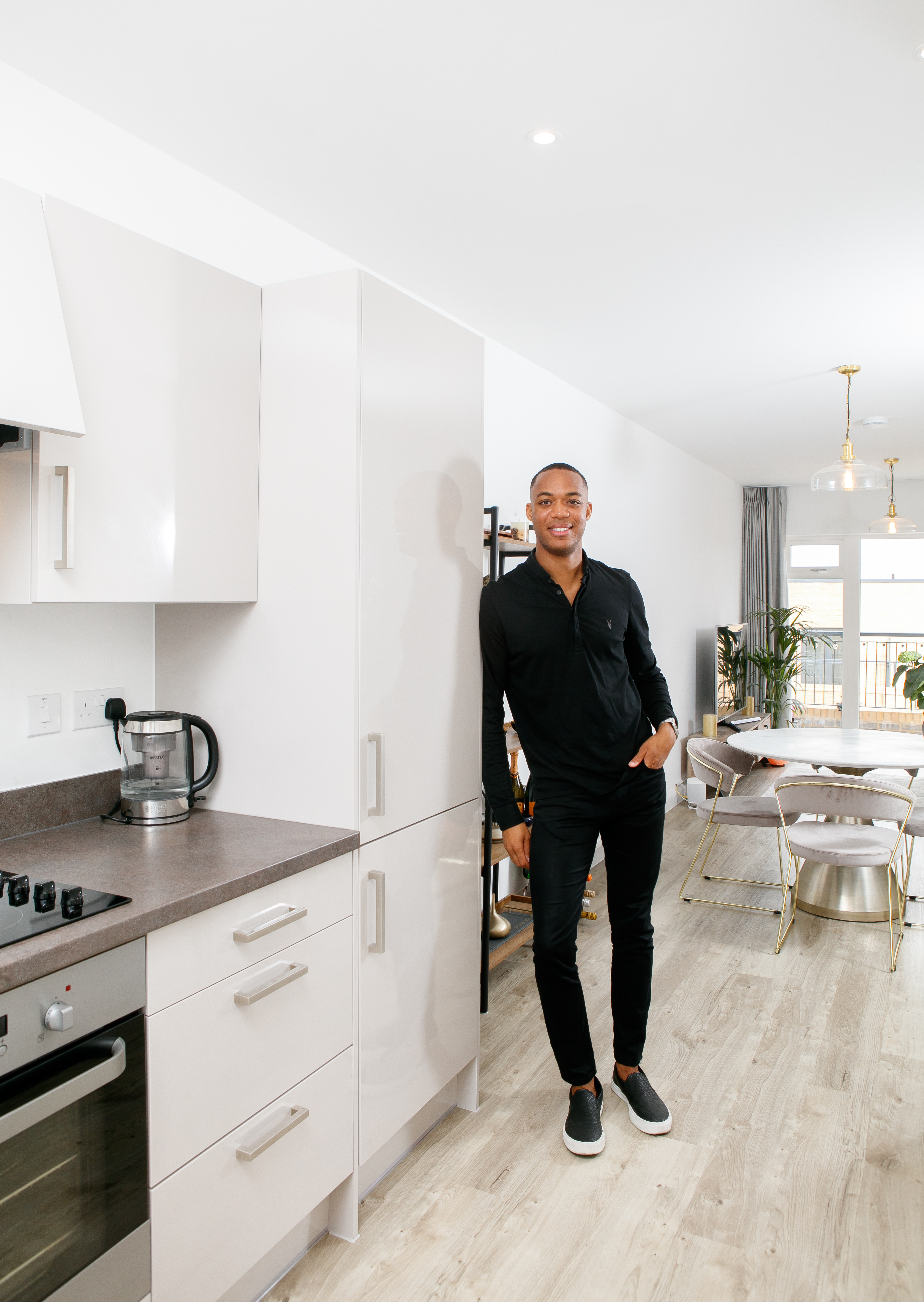 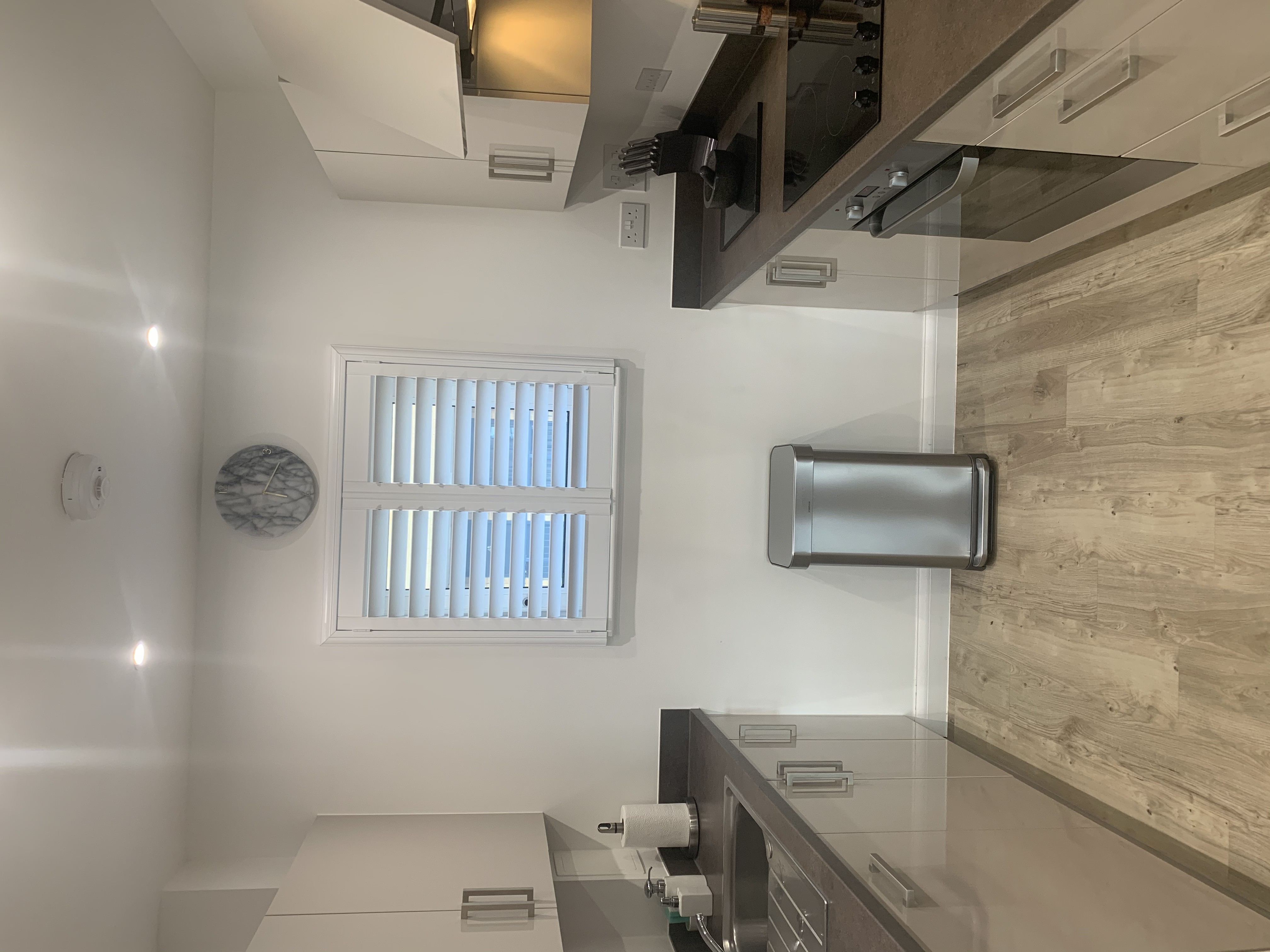 The modern kitchen is big enough for Steven, who lives by himself 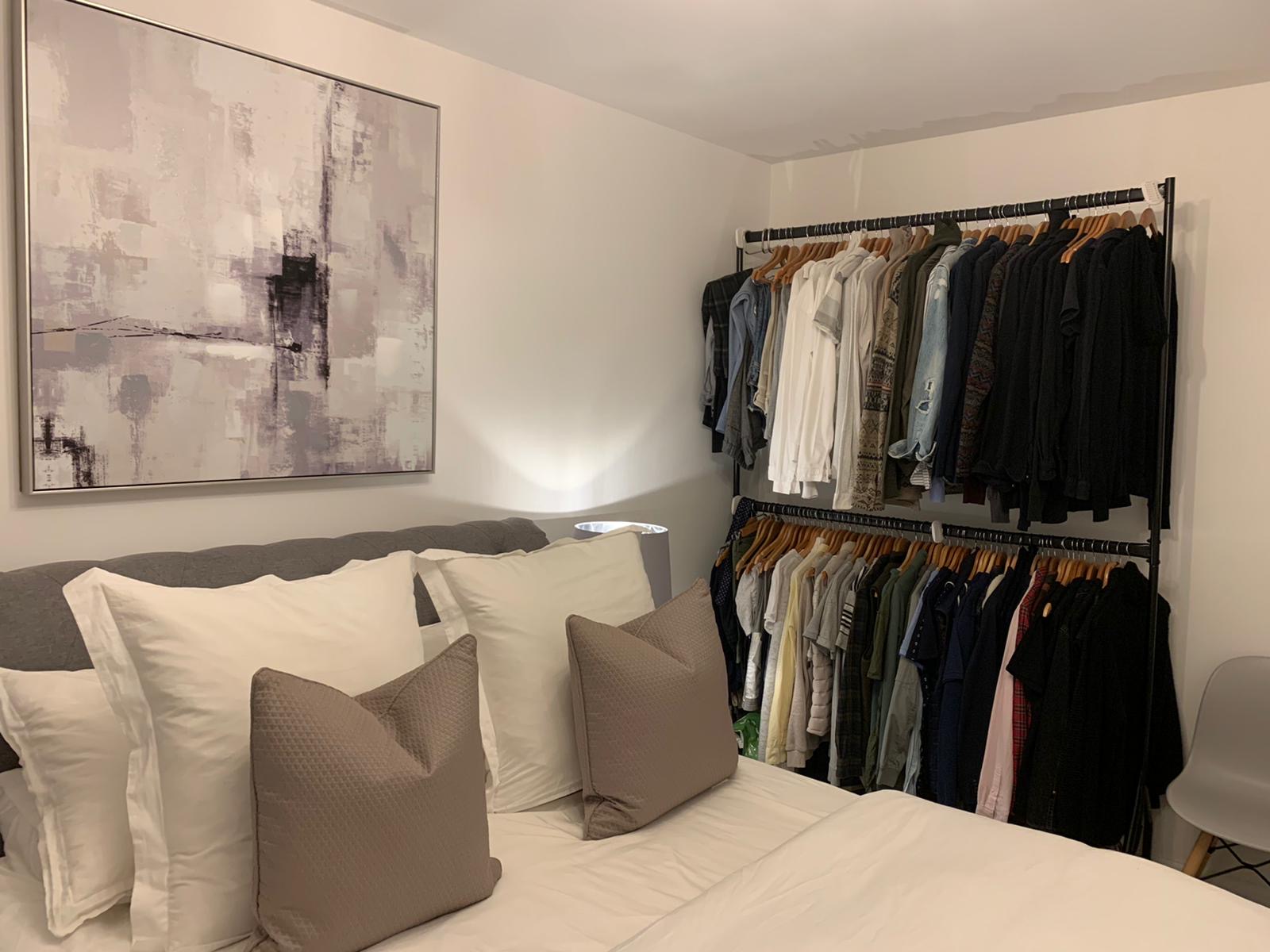 Steven is currently waiting for a new built in wardrobe, so he’s using a rail for his clothes in the bedroom 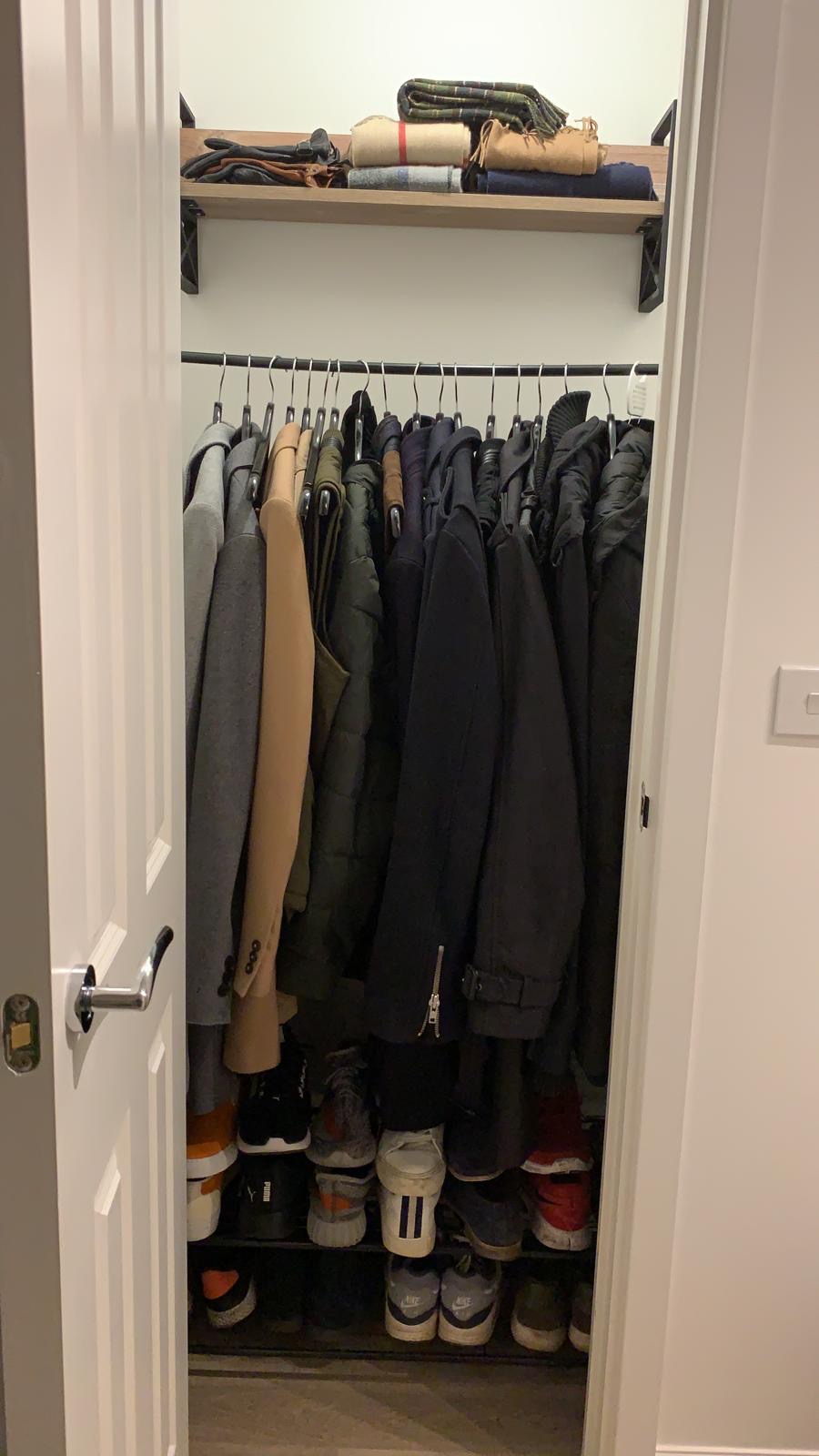 He also has a separate storage cupboard for coats and shoes

Overall, this meant I was able to put away around £1,000 a month on average, although this would vary as some months you’d have more outgoings than others.

I didn’t have any financial help from my family apart from living at home, I wanted to do this totally on my own – and I think because I was so driven I didn’t find it hard to sacrifice things.

In the end it’s so worth it because now I’m just paying a mortgage for my own benefit rather than into someone else’s pocket every month in rent.

Because I was strict with my spending, I was able to do my saving and still do three trips a year abroad somewhere.

Whatever is important, you can make it work. It’s just that sometimes you’re going to have to sacrifice other things. You can’t always have it all.

Were there any surprise costs during the buying process?

There weren’t really any surprise costs, in fact I was quite lucky as the £2,000 bonus from my Help to Buy Isa helped to pay for almost all of the solicitors fees, which were around £3,000 in total.

I had a mortgage broker too who cost around £400, which I didn’t think was too expensive – especially as I had to apply for an extension on my mortgage when the build was delayed. 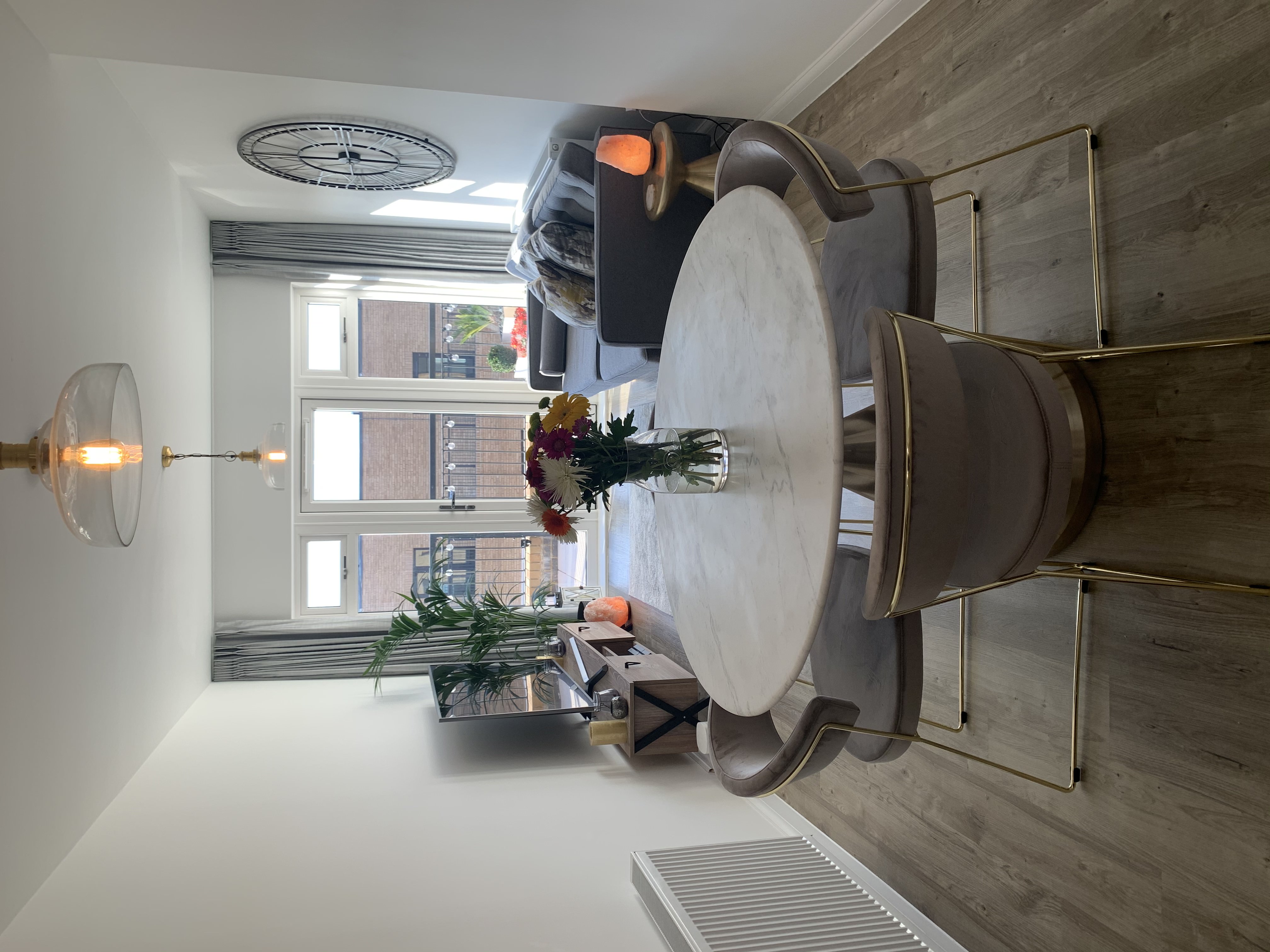 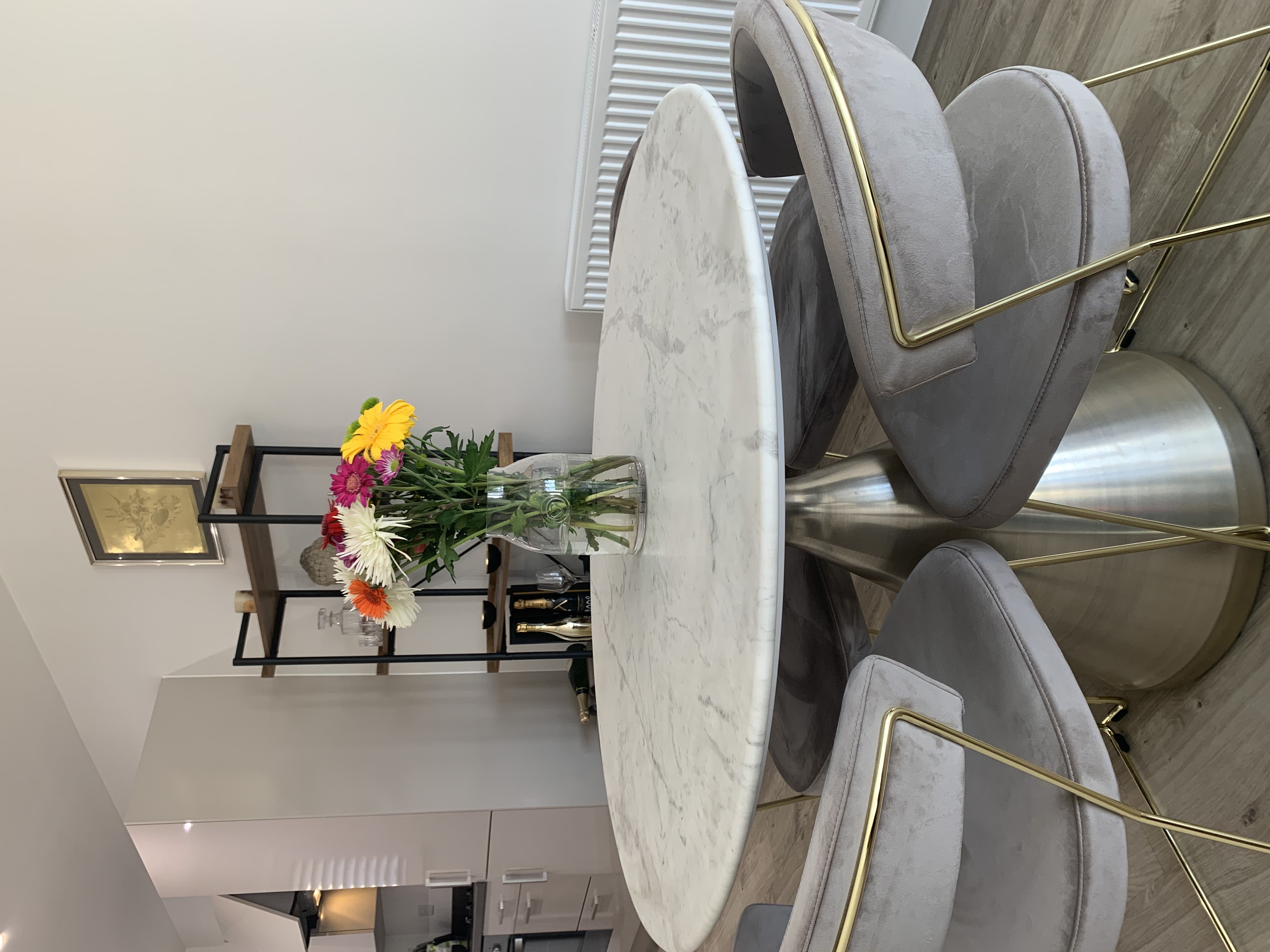 In total, Steven reckons he’s spent around £10,000 doing up the flat

Originally my mortgage expired at the end of 2019, but when I hadn’t moved in by then my brokers organised an extension for me at no added cost.

Luckily the interest rate had also gone down by then as well, so I ended up with an even better rate.

I think the only cost I hadn’t really taken into consideration were the moving costs of hiring a van and storing furniture, which was about £500 in total – but luckily I had quite a bit extra saved so this wasn’t a problem.

Not really, but there was a delay during the buying process, which is quite common with new builds.

I ended up waiting a whole extra year before I could move in – which was fine for me because I could stay at my parents’ in the meantime.

But I know people who have had to stay in Airbnb’s while they wait, which can get expensive – so it’s definitely something to think about for people who are looking to buy a new build. 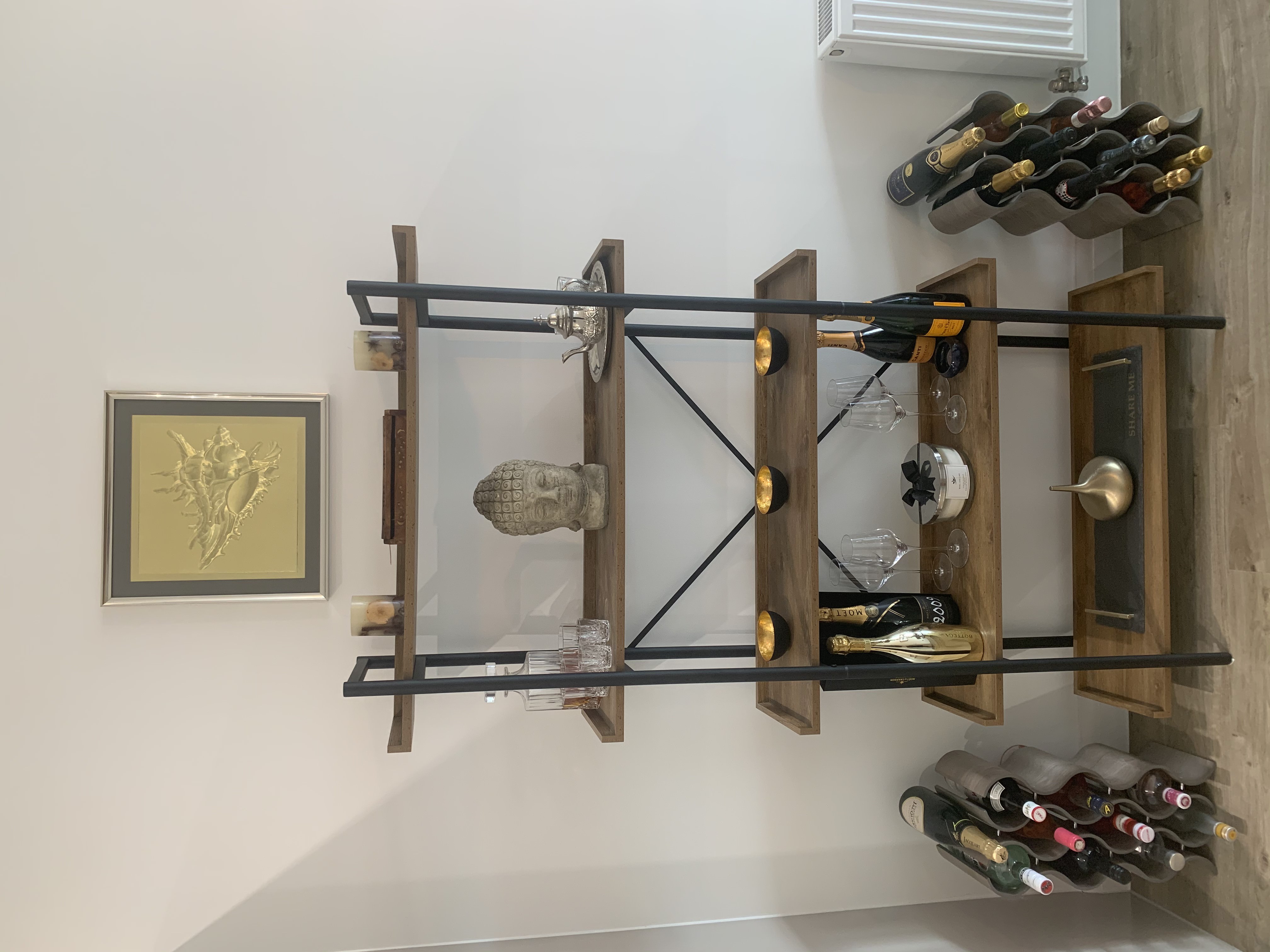 I’m just happy I managed to get in before we went into lockdown – it’s been really nice as I got to know all my neighbours during that time.

We would bring chairs out to our front doors and chat to each other from across the corridor.

How long is your mortgage term and what are your monthly repayments?

I decided to take out a long mortgage of 40 years with Halifax, as I thought I’m still young and this makes my monthly repayments way more manageable.

At the moment I’m paying £500 a month, which is great for now as I’ve spent quite a lot on furniture and with bills on top of about £500 it means I am able to keep on top of my finances and not worry too much.

My rate is fixed for two years, so I am hoping I might be earning a bit more money by then and will be a bit more settled – so I’m planning to decrease the term and increase my monthly payments to start paying off more of the mortgage then.

What advice would you give to other first time buyers?

I would say buying a house is probably going to be the most stressful thing you ever do, but it’s so so worth it.

There were points where I’d go to my friends’ flats in London and think ‘oh maybe I should give up and just rent somewhere and get out of my parents’ house’, but I’m so happy I didn’t give in.

There is loads of paperwork to do, and saving can be really difficult – but when you’re in your new home you’ll be so happy it’s all worth it.

A married couple managed to buy their £282,000 two-bedroom terraced house outside Brighton by cutting back on holidays and eating out.

Meanwhile, a savvy entrepreneur got on the property ladder four years earlier than planned by starting his own business while working full-time.

First-time buyer Charlotte Gorick was also able to save up £11,000 to put towards her £120,000 two-bed home after a £100 Microsoft Excel course helped her bag a full-time job.