THIS derelict three-storey suburban home has been neglected for decades – and is hiding an eerie story behind its doors.

The semi-detached house on Westbourne Road in Penarth, Wales, has been frozen in time – with the previous owner’s shoes still in the cupboards and the kettle still plugged in. 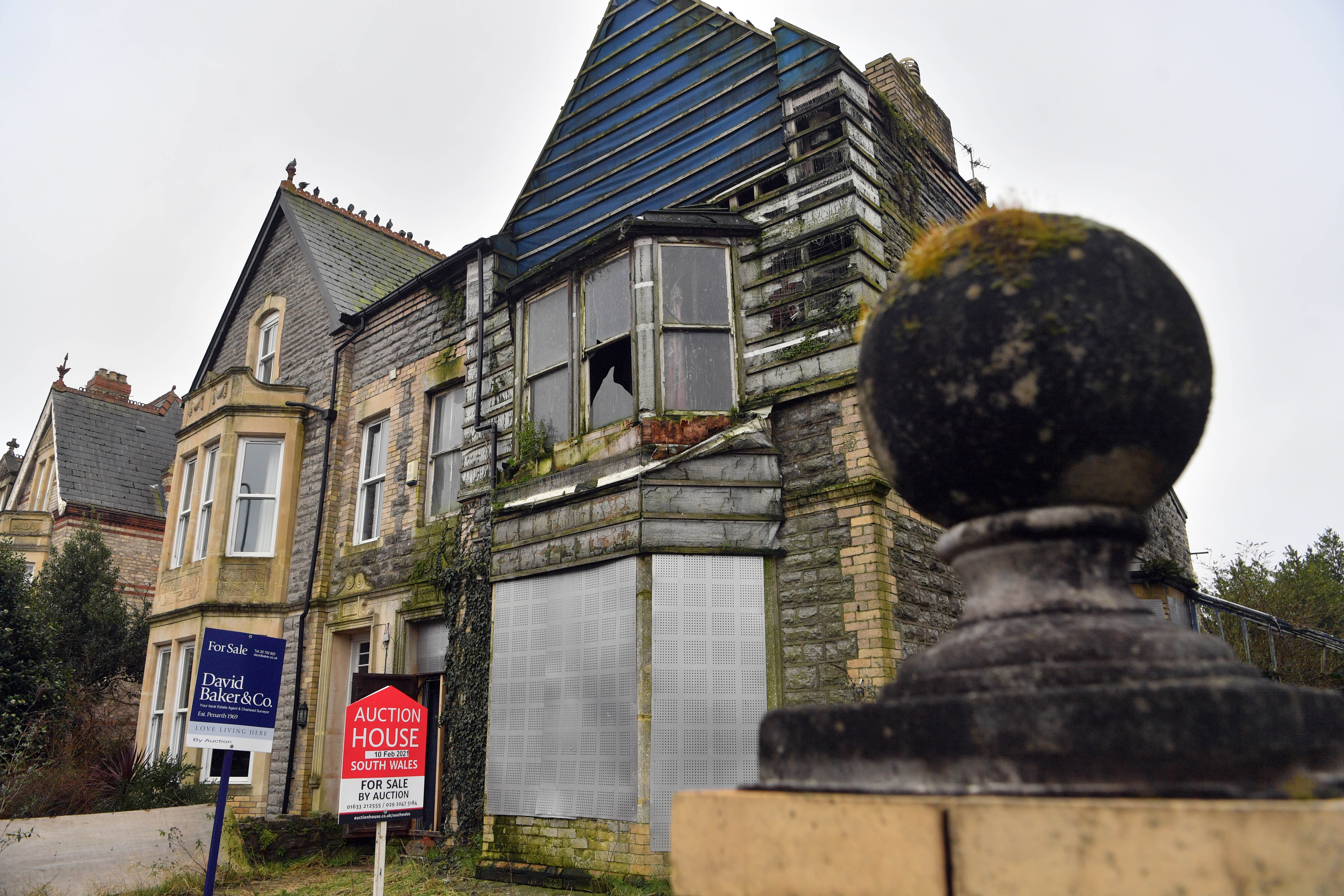 The three-storey home has been battered by the elements after years of neglect Credit: MEDIA WALES 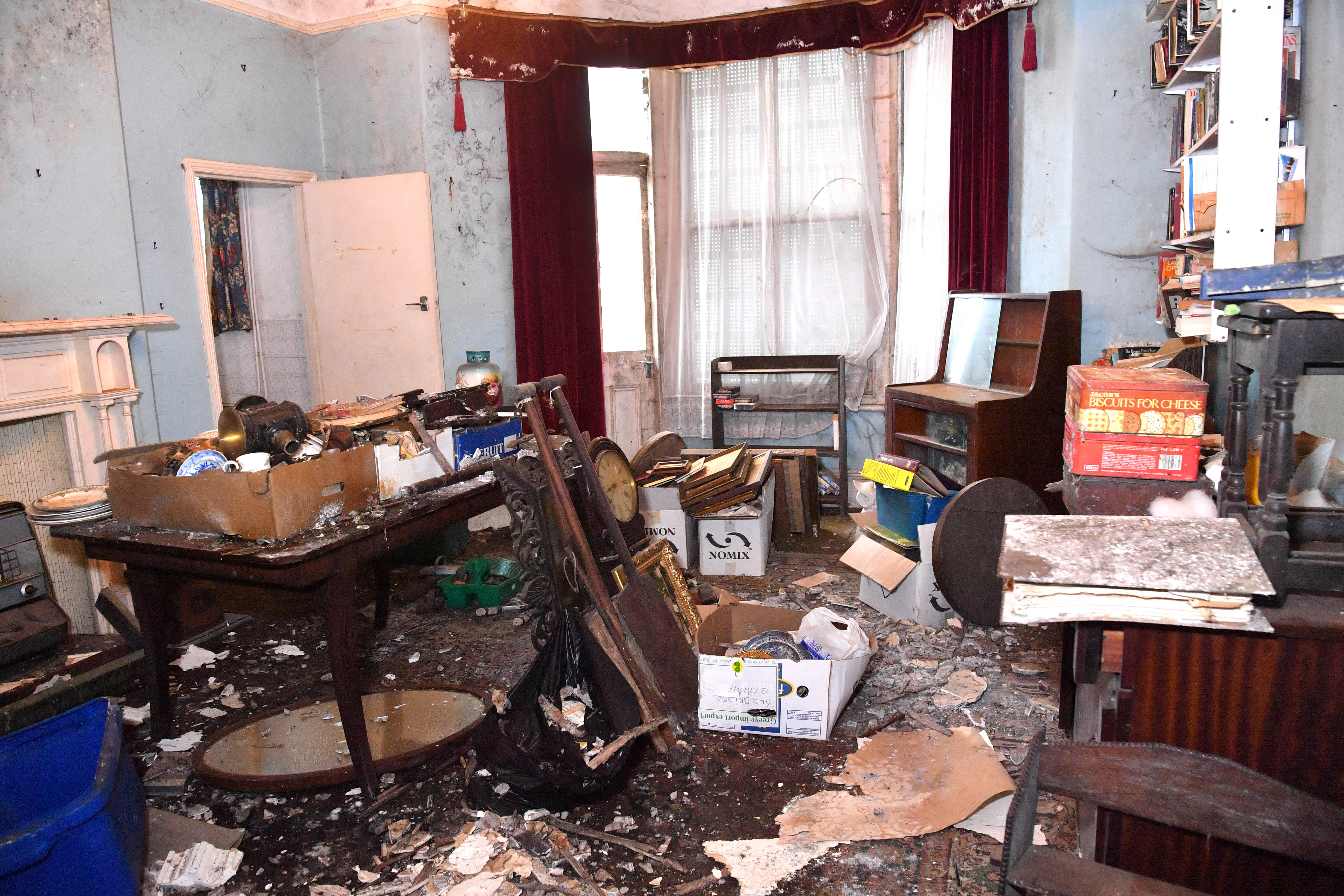 The front room is littered with old furniture and debris – as well as mouldy wallsCredit: MEDIA WALES 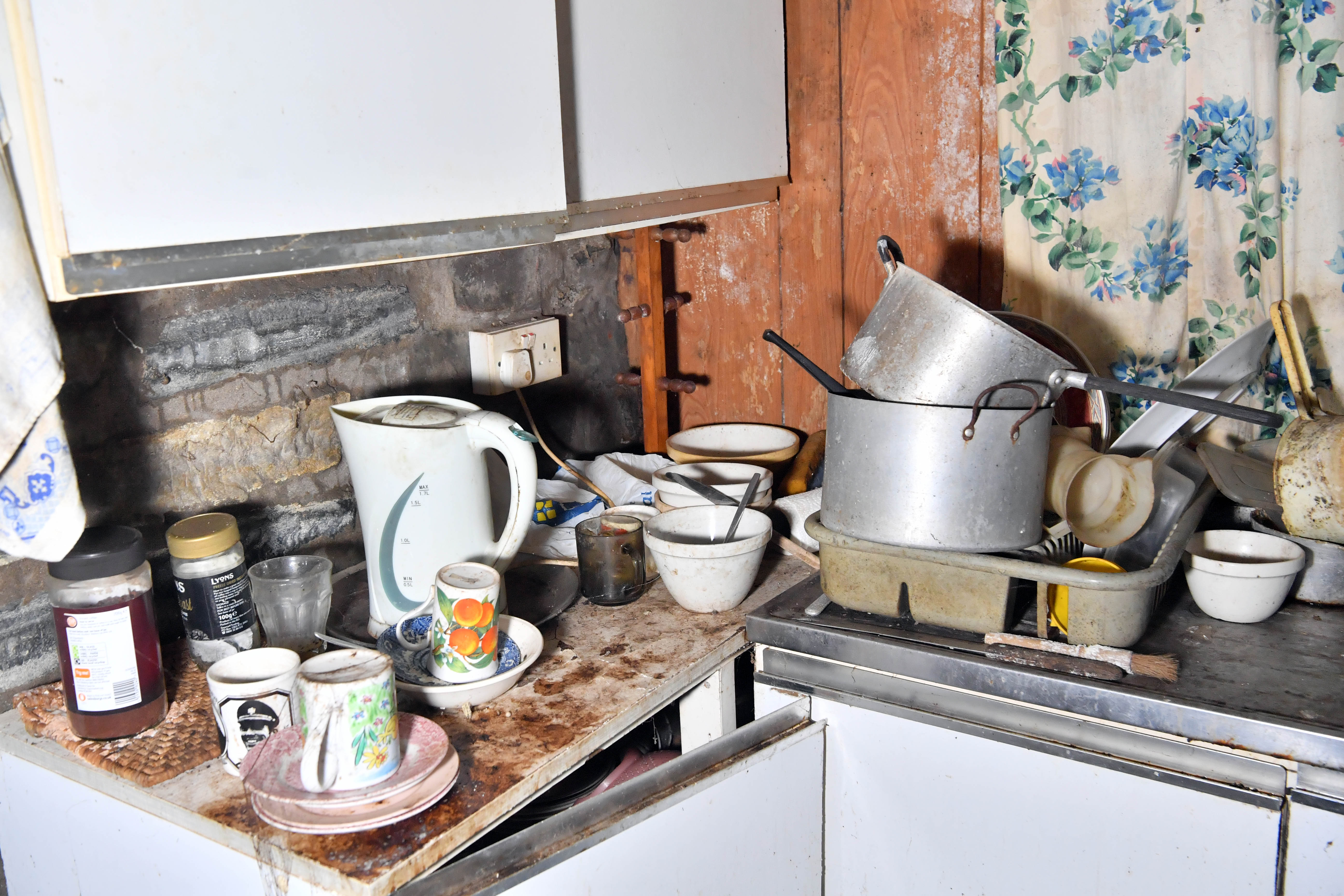 In the kitchen, pots, pans and cutlery are still waiting to be put away – and the kettle is still plugged inCredit: MEDIA WALES 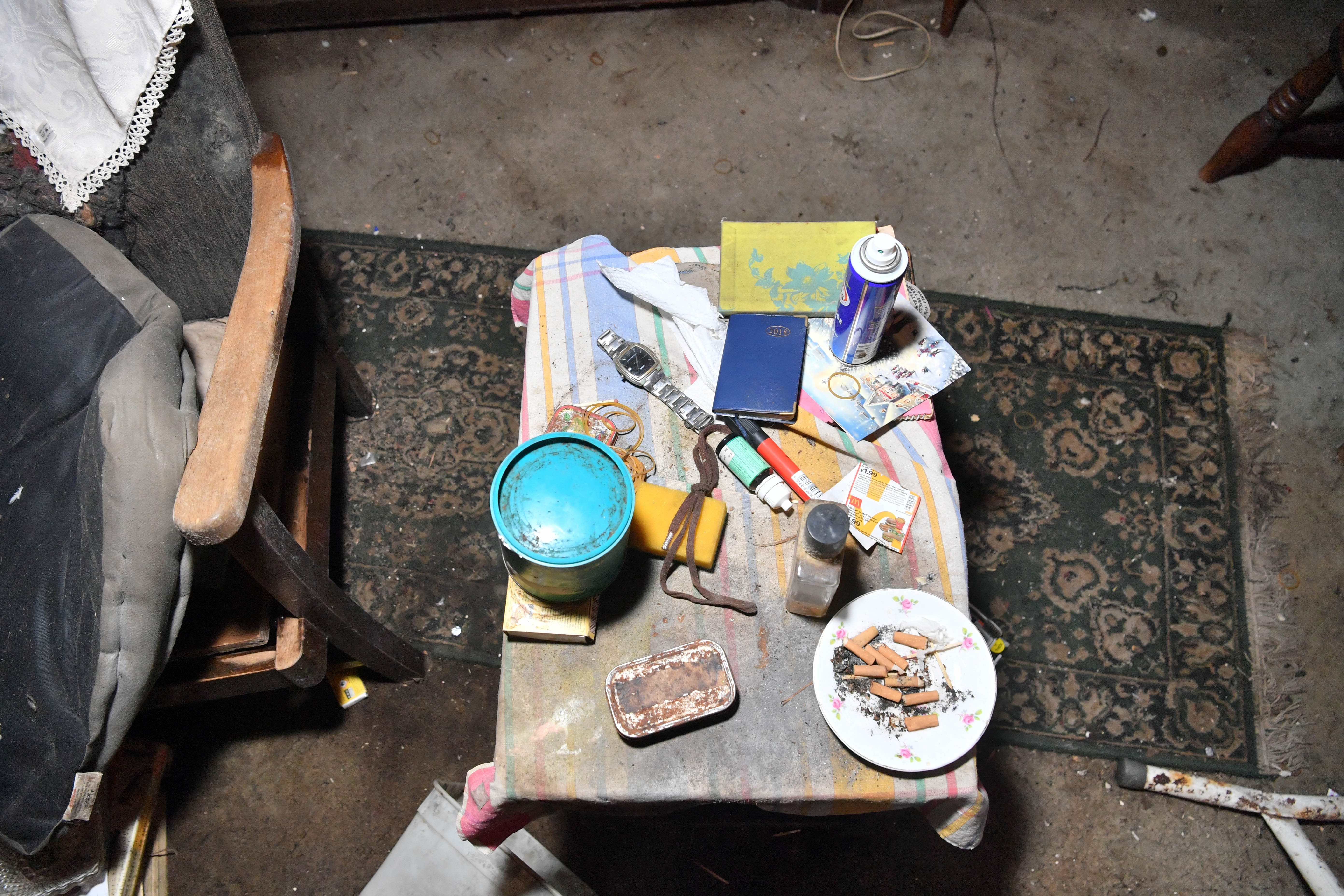 A wristwatch, cigarette butts, and a McDonald’s voucher are among the mundane objects frozen in time in the propertyCredit: MEDIA WALES

Battered by the elements, most of the property’s facade has fallen off after years of neglect.

All the windows are rotten – and some don’t even have glass in them.

And the inside paints a more detailed picture of the previous owner’s past – with all of their belongings still inside.

Inside the blue front door, you are met with an original staircase, decorative ceiling arch, and picture rail which are all covered in dust and cobwebs.

The front room is filled to the brim with abandoned furniture, debris and mouldy walls.

But if renovated, the bay windows would let light flood into the open space.

There’s a fireplace dating back decades, chairs and a sideboard, plus a coffee table packed full of items – including an ashtray full of cigarette ends that look frozen in time to the moment the owner left them.

A wristwatch, old Christmas cards, and a McDonald’s voucher are among the mundane objects still in the property.

In the kitchen, the clutter continues – with pots and pans still waiting to be put back into the cupboards.

The kettle is even still plugged in, there’s the past owner’s “best” china displayed on a Welsh dresser and even jars of food still on the worktop.

With spider webs in abundance downstairs, it’s obvious that the house is occupied with bugs – but there are also bird visitors too, whose remains can be seen on the upper levels of the house.

With gaping holes in the roof, the upstairs rooms are littered with scattered pigeon droppings. 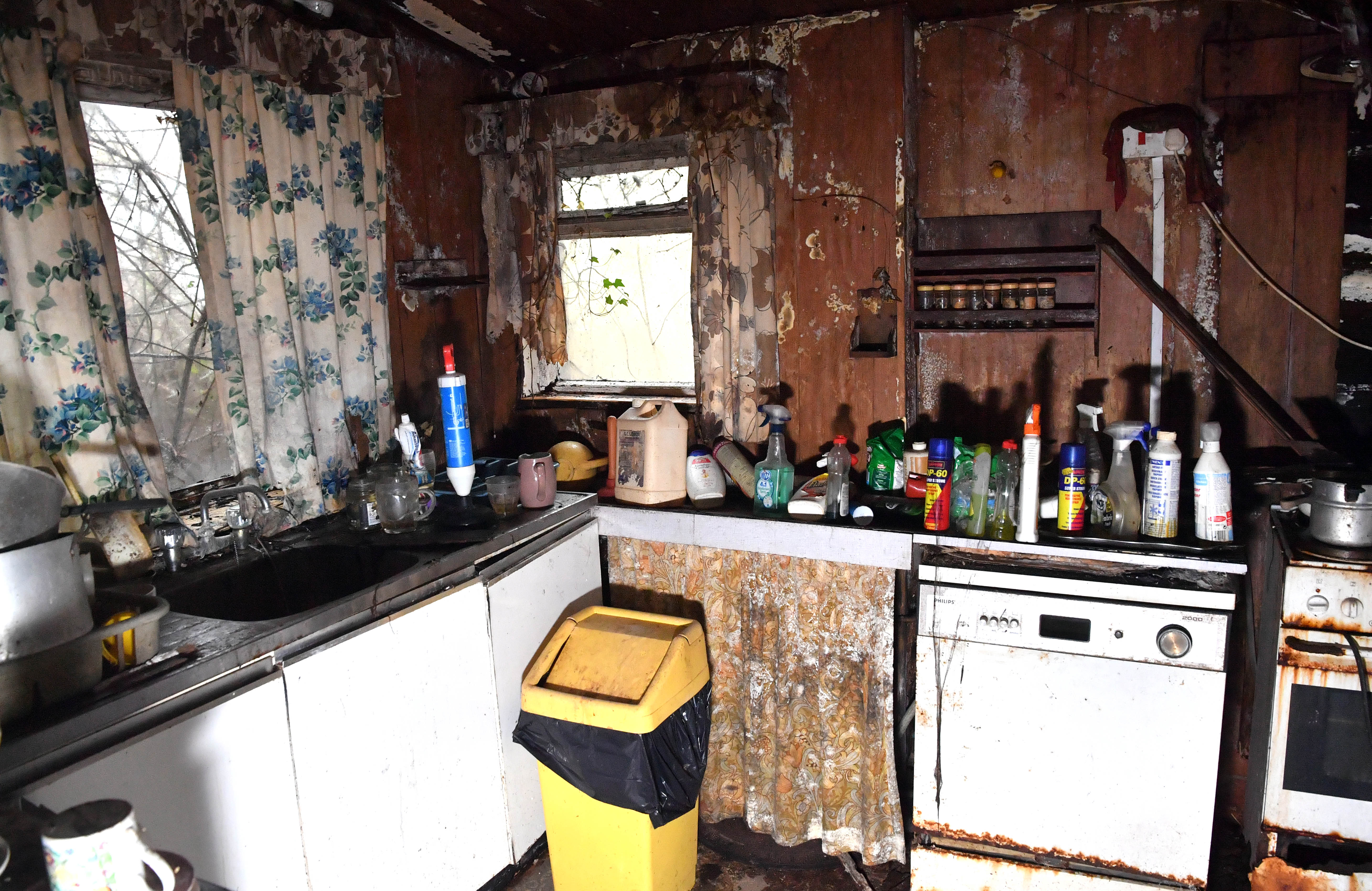 The kitchen bin is still waiting to be taken out, while the spice rack and cleaning equipment are still intact Credit: MEDIA WALES 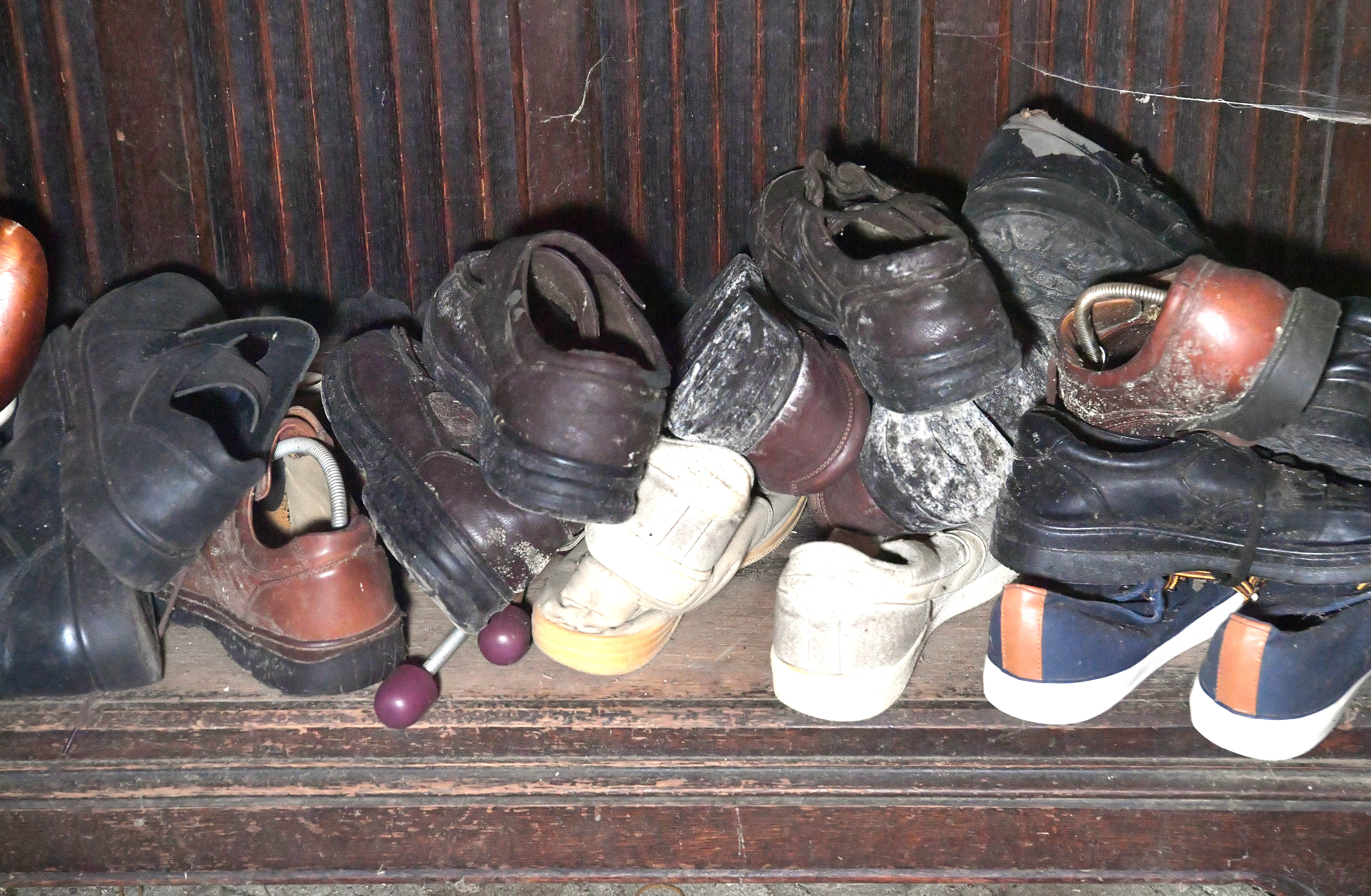 Shoes are still sitting in the cupboards from the former inhabitants Credit: MEDIA WALES 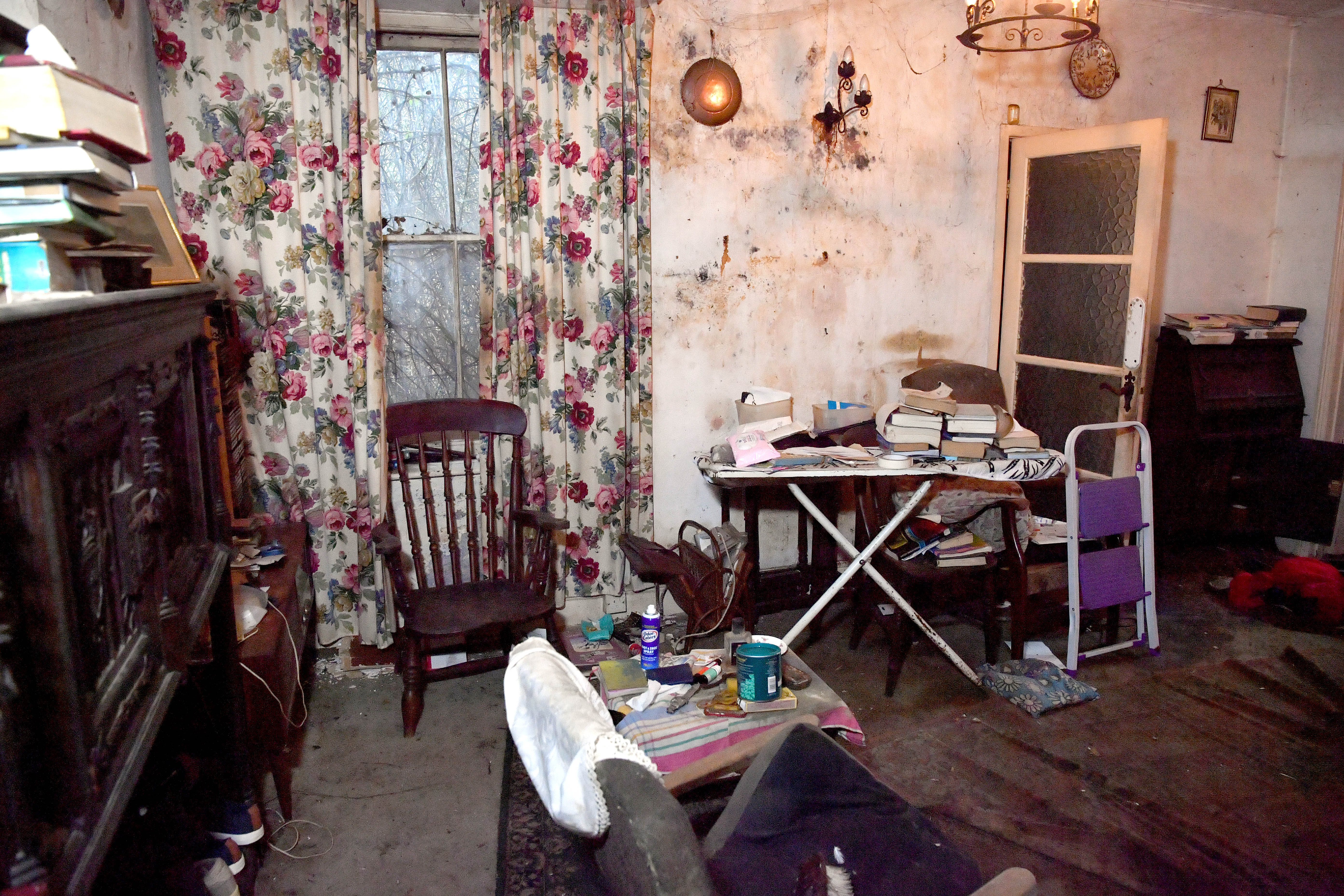 The property hasn’t been touched in years, with the ironing board still holding up books and other household objectsCredit: MEDIA WALES

In one section, the ceiling has caved in altogether, causing all types of structural problems for the property.

The decades-old furniture, clothes and photos in frames continue upstairs – with overgrown decaying house plants seen in the bathroom.

And items from by-gone periods, like a retro radio – still sit in the rooms ready to be used.

The house is going to online auction on February 10 with Auction House South Wales for a guide price of £325,000.

Auctioneer Marc Morrish said: “Stepping inside is pretty much fear of the unknown.

“Once inside it is pretty much a time warp; old furniture is present along with clothing hung up inside which include old sheepskin coats and other retro looking items.

“The elements have really got to the condition of the property and certain sections at the front of the house have had to be propped up.

“The house has a lot of pigeon guano present from an infestation and part of the top floor no longer has a roof present.

“You are basically starting from scratch and almost rebuilding the entire property.”

Marc states that the person most likely to buy this property would be a professional developer or a builder who would have experience of taking on a project this extreme.

The buyer will have to be a cash buyer too as the condition of the house means getting a mortgage will not be possible.

Marc said: “The purchaser will need cash to purchase the property as the property is leasehold with less than 30 years remaining on the lease.

“Therefore negotiations would need to be carried out with regard to purchasing the freehold.”

According to property portal Zoopla a similar property on the street close to this house sold in 2015 for £775,000.

If brought back to life, Marc estimated that the resale value of the wreck could be as high as £900,000.

Marc added: “Being a Penarth resident born and bred, I’ve often walked past the house and thought what an opportunity it could be for somebody, but also feeling sorry for the neighbouring properties.

“I’m really looking forward to seeing the end result once a successful purchaser has put their own stamp on the house and brought it back to life.

“Once they had developed the property, it would certainly be a forever home giving its fantastic location on one of the most sought after roads within this wonderful seaside town.” 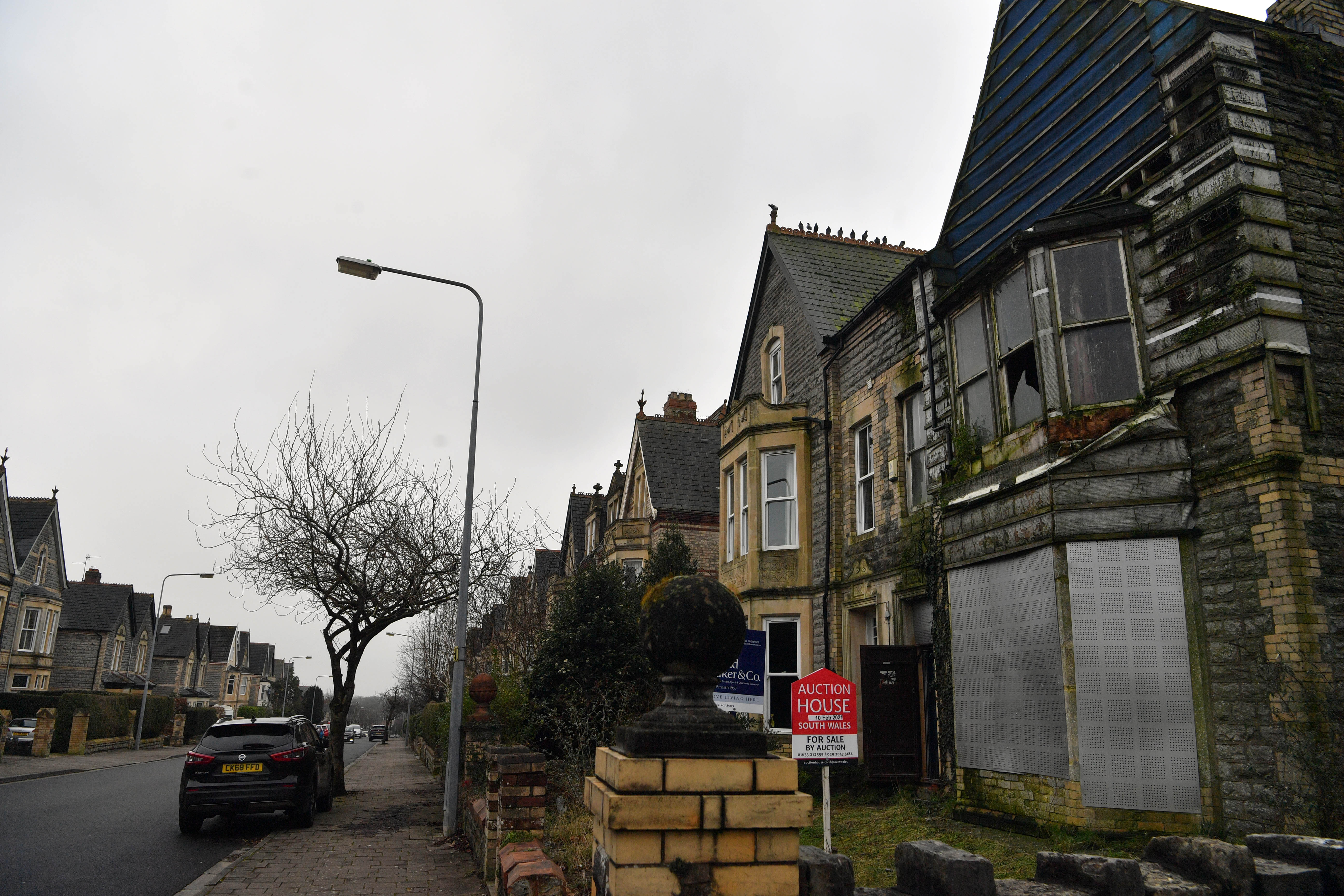 The derelict home is on Westbourne Road in Penarth, WalesCredit: MEDIA WALES 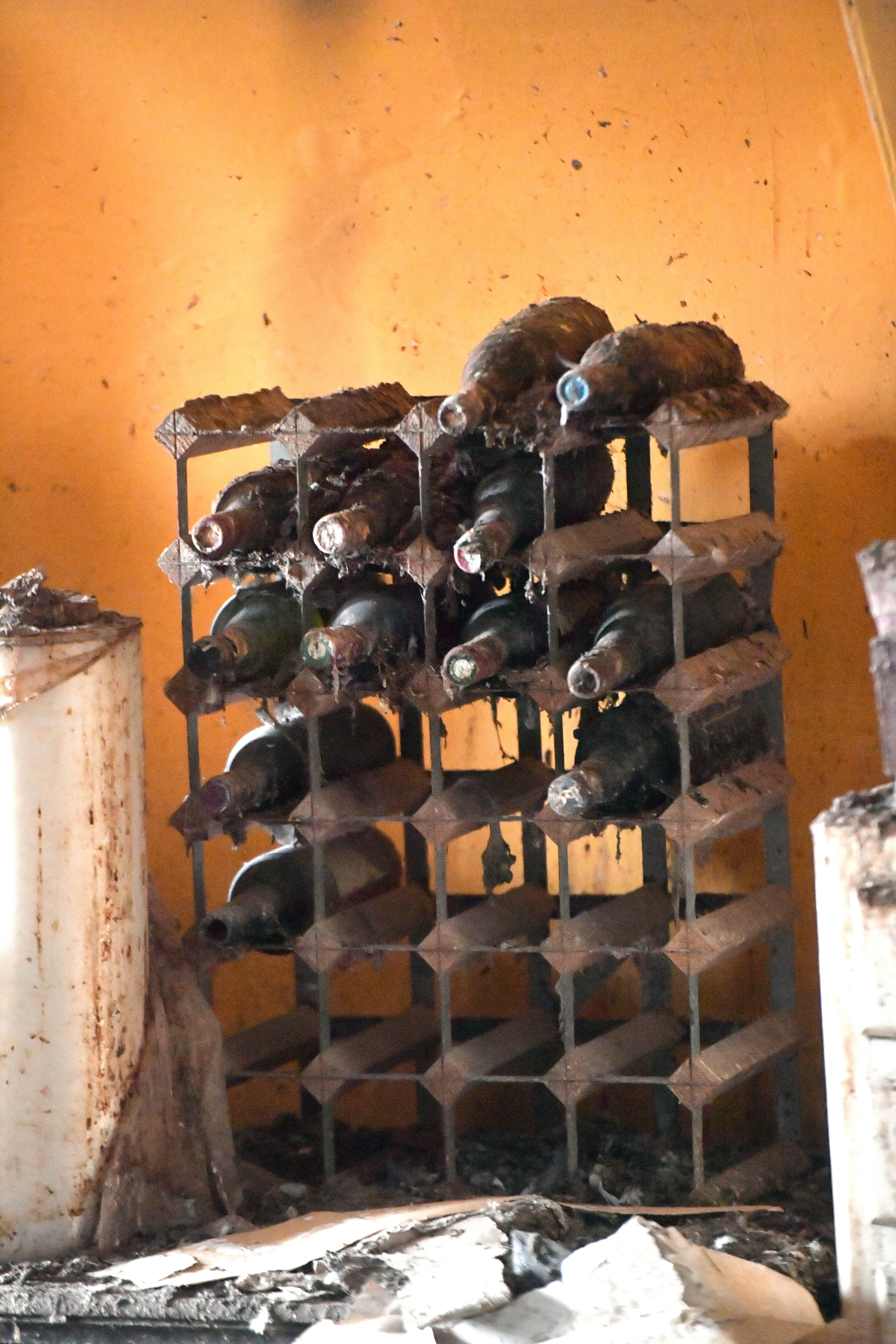 Wine bottles from years gone by still sit in the rackCredit: MEDIA WALES