THIS quirky nine-bed mansion is on the market for £1.695million – and the new owner might want to redecorate.

The property in North Leeds offers a surprise in every room for would-be buyers, including a tiki bar, stuffed animals – and even a skeleton in a wig. 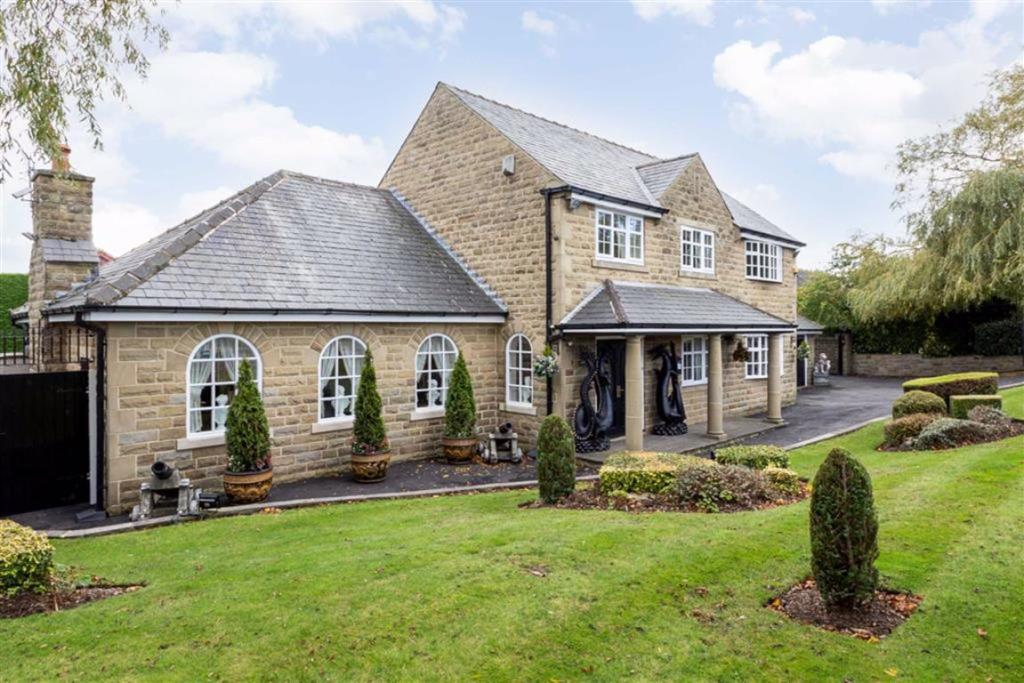 A whopping £1.7m mansion in Leeds has gone on the market Credit: RIGHTMOVE 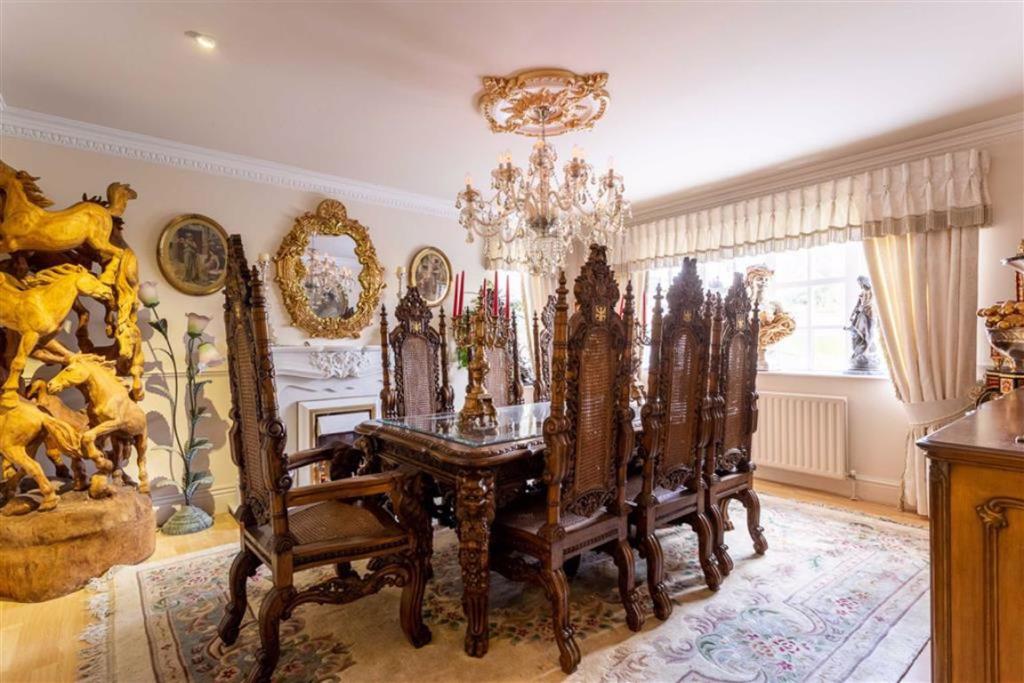 And while the home may appear sedate on the outside, inside there are a range of surprises – including a huge statue of galloping horses Credit: RIGHTMOVE 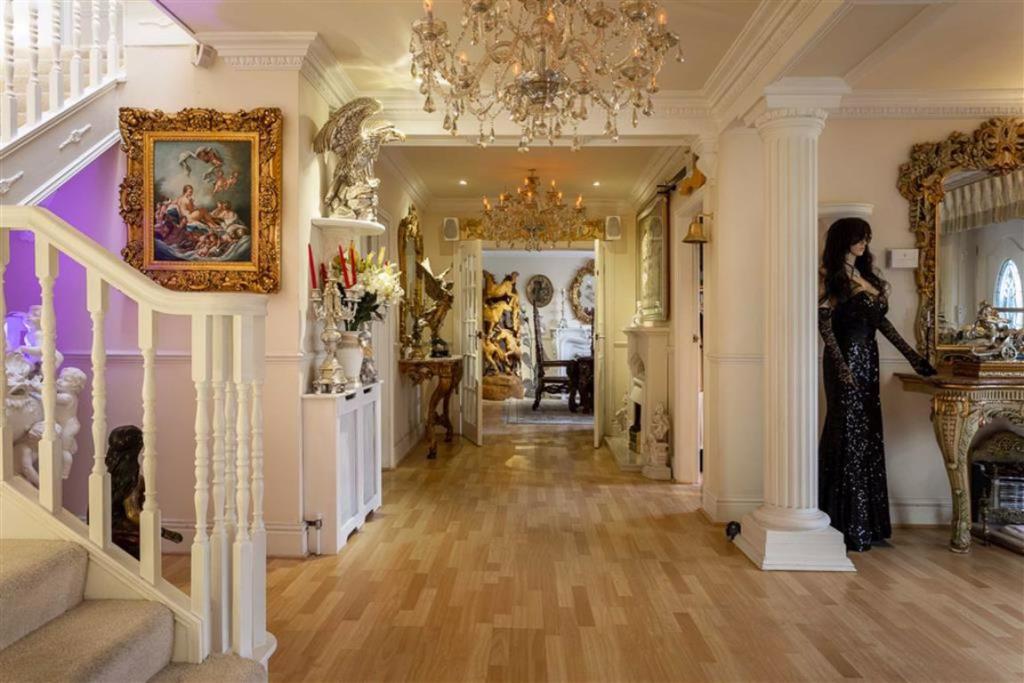 In total, the property has ten chandeliers, as well as two mannequins – one of which has been dolled up in full evening dressCredit: RIGHTMOVE 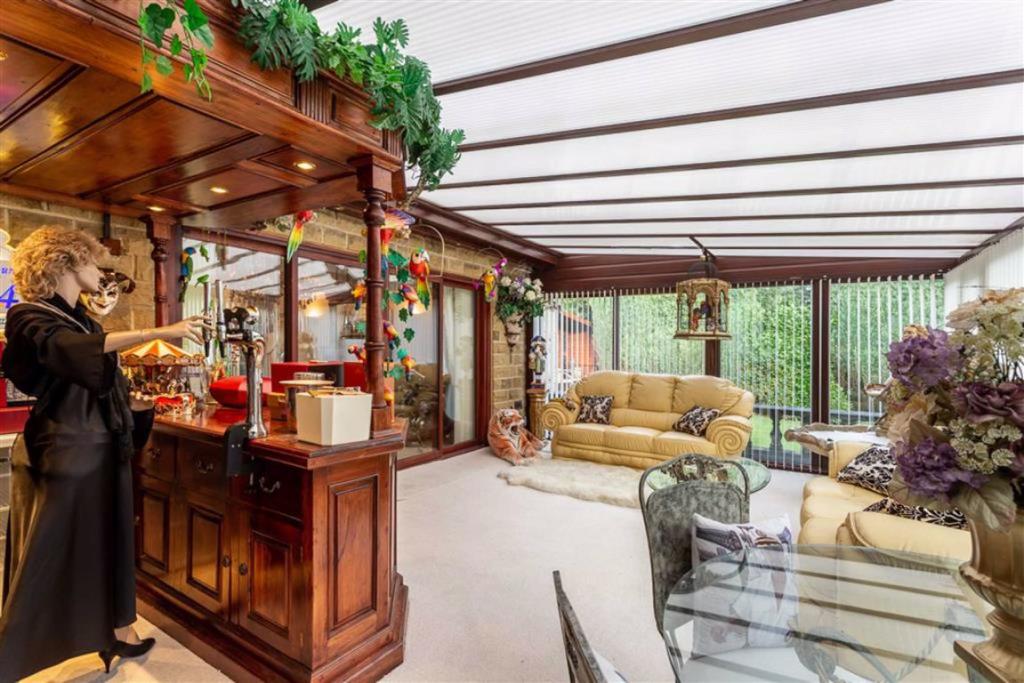 A second dummy stands at the tiki bar to pour visitors a drink from the beer tapCredit: RIGHTMOVE

Visitors might initially be fooled by the sober exterior and landscaped grounds of the property in Wigton Lane, one of the most exclusive postcodes in the area.

But once inside, the home boasts a number of eccentric additions – as well as a jacuzzi in every bathroom, ten toilets and four kitchens.

The hallway features two huge chandeliers and a series of large statues, including a bird with wings aloft.

Elsewhere, a mannequin in a full-length sparkly dress stands beside an ornate mirror – and it’s not the only unexpected figure in the property.

A skeleton in a blonde wig sits at a desk, while at the tiki bar, a second dummy in a black dress and heels is posed with a hand on the beer tap. 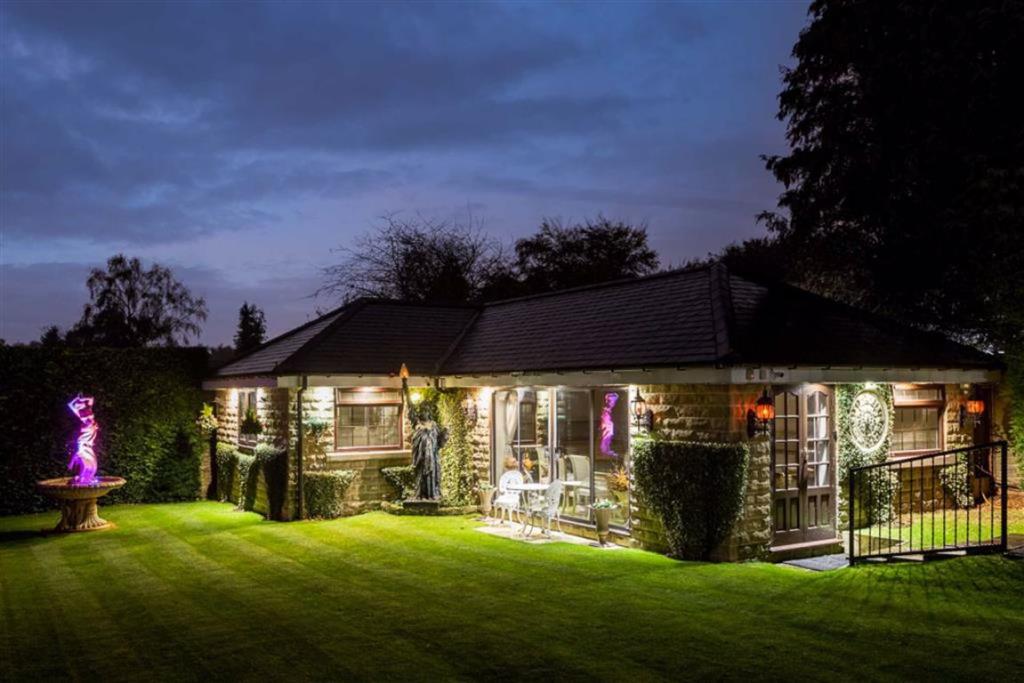 Outside the address, the new owner will find three water features and a miniature Statue of LibertyCredit: RIGHTMOVE 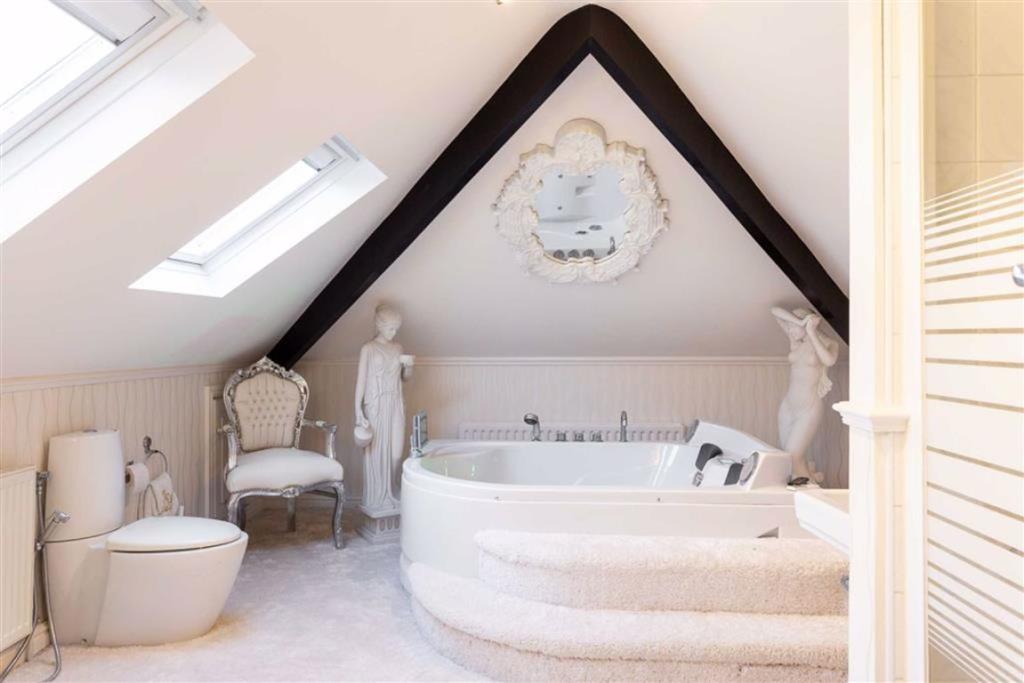 A mirror hangs over one of the baths Credit: RIGHTMOVE 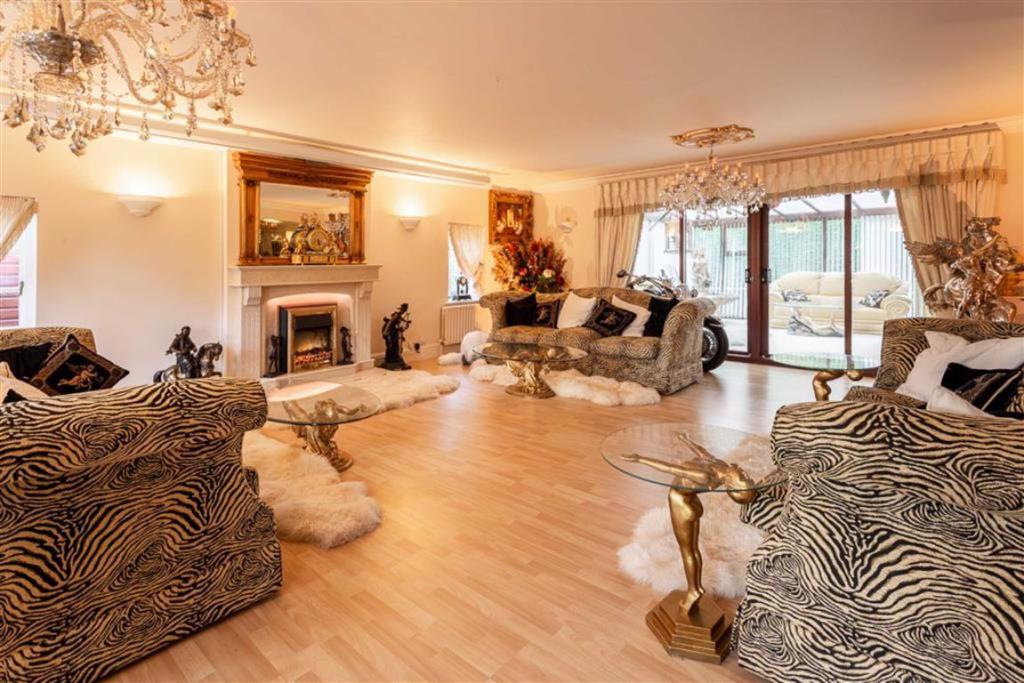 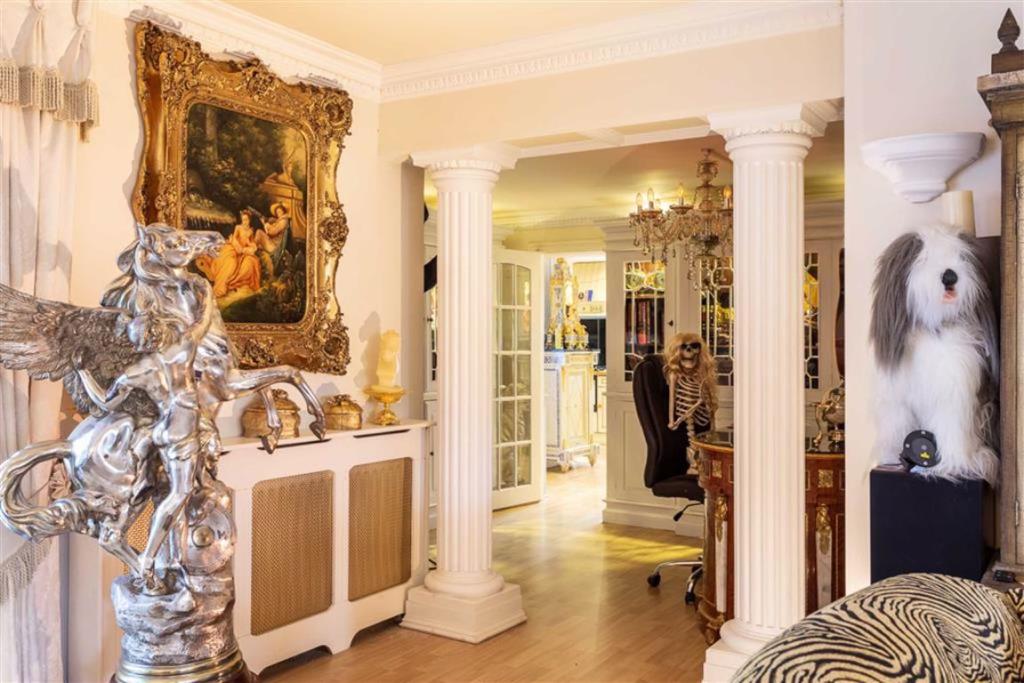 And a skelteon in a blonde wig can be spotted working at a deskCredit: RIGHTMOVE

The dining room has plenty of space for visitors, despite a statue of galloping horses which reaches almost to the ceiling.

Guests can sit at one of seven ornate wooden chairs underneath another whopping chandelier.

Meanwhile, the large bathroom has a mirror above the bath, as well as two marble statues beside the tub.

And outside, prospective owners will discover a wooden hut complete with sauna, shower and dartboard, as well as a miniature Statue of Liberty and three water fountains.

Officials at Rightmove said: “The décor is really unlike anything else we’ve seen before, so it scores highly in uniqueness. 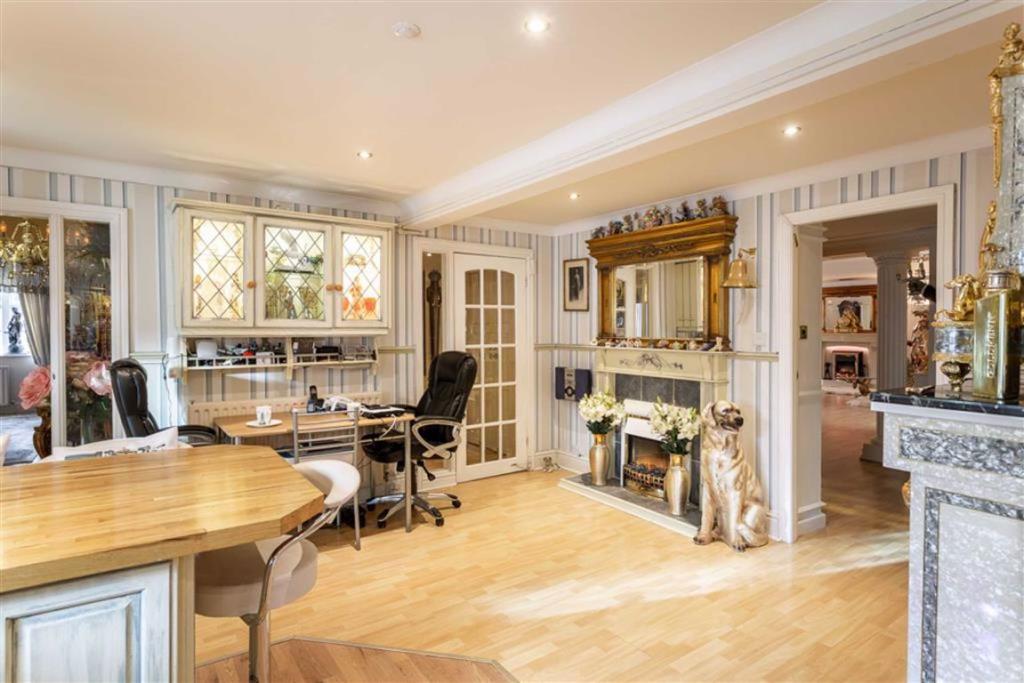 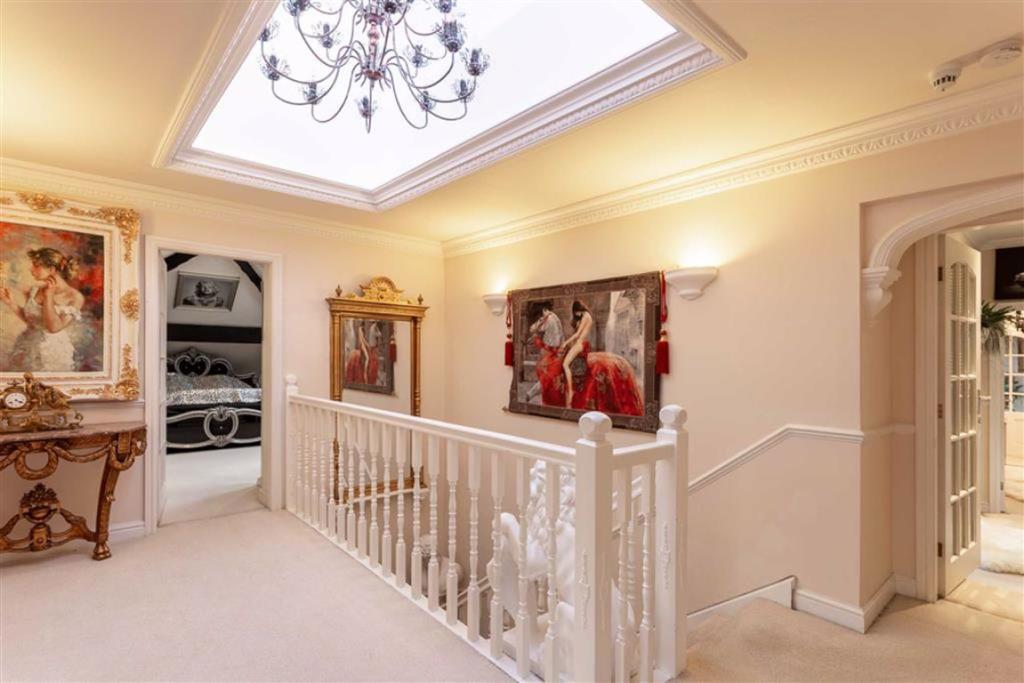 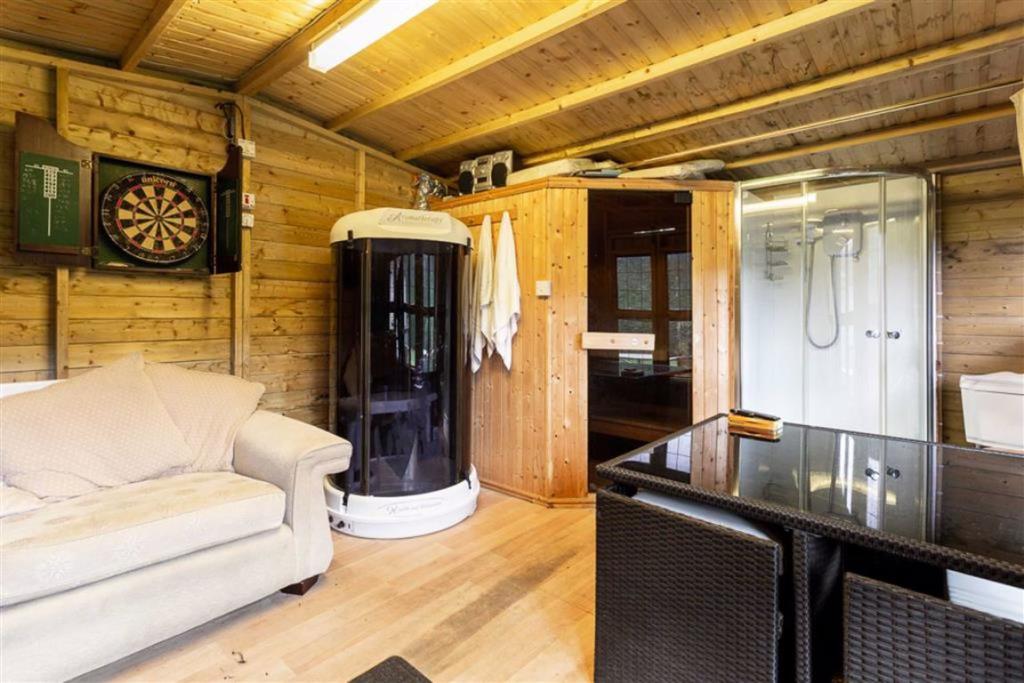 There’s also a sauna and shower in a hit outside Credit: RIGHTMOVE 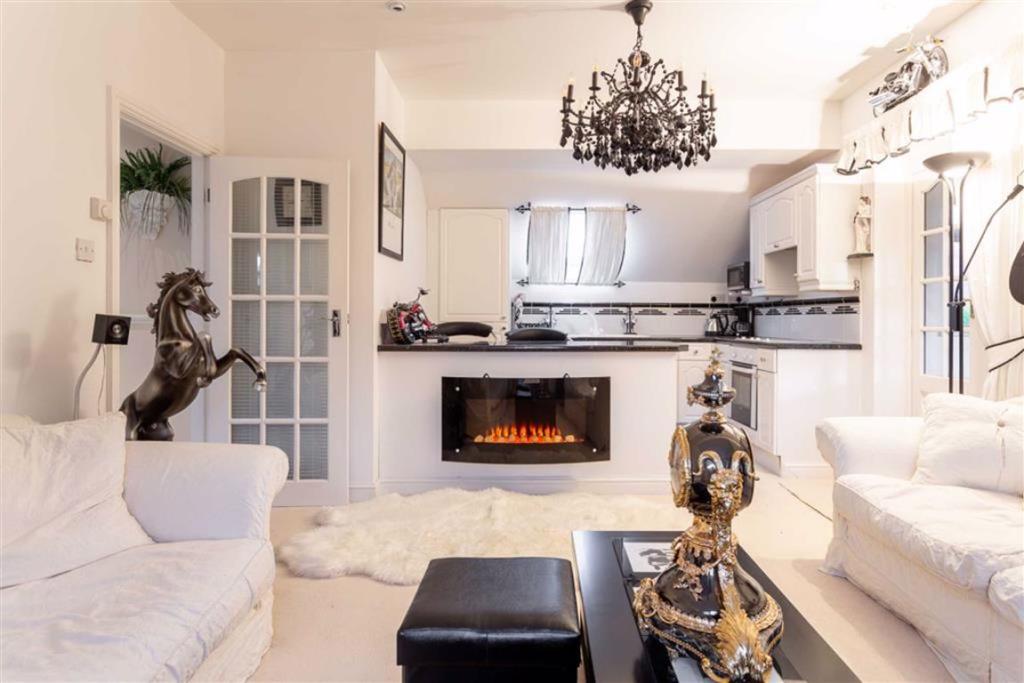 Experts at Rightmove say the home is ‘unique’Credit: RIGHTMOVE

“It’s packed with a vastly eclectic – some might say eccentric – collection of items.

“Statues, mannequins, wigs, and hundreds of other random pieces are strategically placed and end up producing this surreal atmosphere.

“Obviously no expense has been spared in creating this luxurious fantasy world; it’s got ten chandeliers throughout the property, several Jacuzzis, and four (yes, four) kitchens – because sometimes two or three just aren’t enough.”

And agents Stoneacre Properties say it’s a pad “the great Mr Gatsby would be proud to call home”.

Rightmove is also advertising a £2m houseboat and a former nuclear bunker for Brits looking for an unusual buy.

The boat once belonged to French star Edith Piaf, who used it on tours of France and Europe.

And the site is also selling an unusual flat in Nottingham which boasts its own cave – and is currently being used as a unique home cinema. 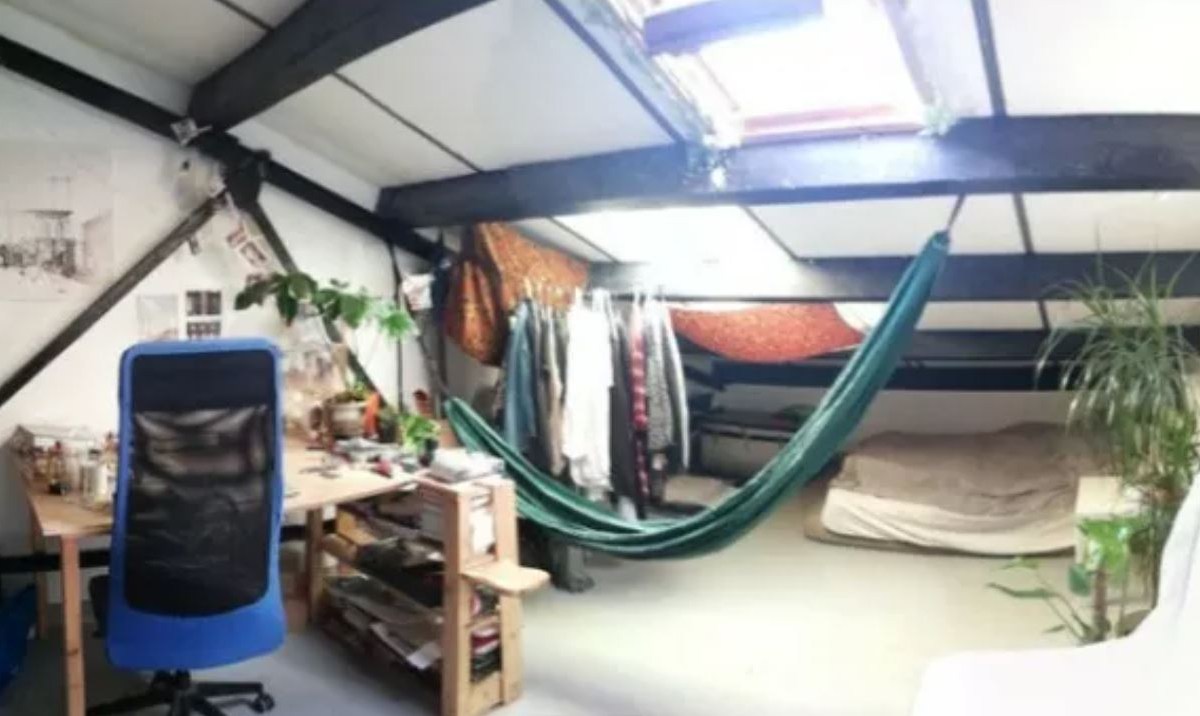