Leicester house filled with junk expected to sell for £20k

On the surface, it looks like any other terraced property in the area (Picture: Leicester Mercury/BPM Media)

How much is your time worth compared to your money?

Would you put in energy and work to save cash, or prefer to pay a premium to avoid it?

If you value time over money, you definitely won’t have the patience for this home, on sale now. But if you see the worth in a bargain fixer-upper, it might be the perfect hidden gem.

Due to be auctioned on Friday 17 December, the property is located in the Highfields neighbourhood in Leicester.

With a guide price of £20,000 (plus fees) it’s an absolute steal – that is until you consider the renovations that need doing.

Pictures of the terraced house show rooms filled with rubbish. Stained mattresses are piled high on floors already littered with debris, and dirty dishes and old food are strewn across the kitchen.

Auctioneers SDL Property confirmed that nobody lives at the Myrtle Road home right now, which may explain why it’s been left to go to rack and ruin. 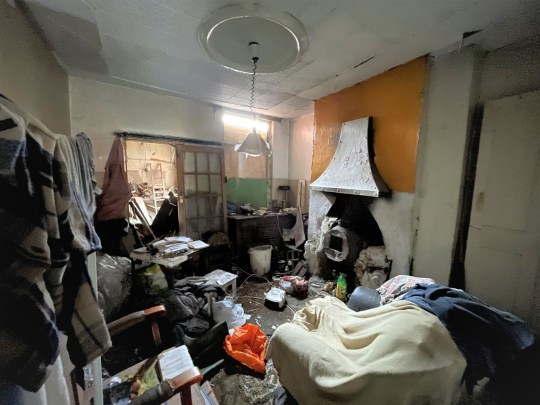 Step inside, however, and see the extent of the renovation works that need doing (Picture: Leicester Mercury/BPM Media)

Ceilings are falling down and wiring pokes out from the walls, suggesting that the degradation of the property isn’t just surface level.

Whoever buys it will have a job on their hands, first to remove the detritus left there and then to sort structural and decorative issues.

But at a price like that, does it matter? 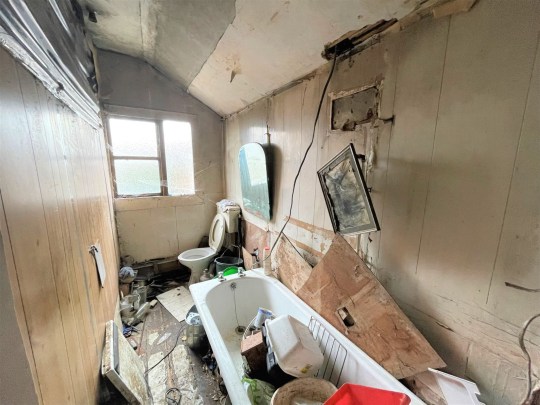 SDL describe it as ‘auction gold’ in ‘an extremely popular part of Leicester’.

They say there’s potential to turn it into a three bed family home, with a possibility of extending into the loft to create a fourth bedroom. It could also be a shared house if the buyer applied for a HMO license from the local council.

And speaking of potential, the central location (closed to travel links and the city centre) makes it attractive to commuters – in what the auction house calls a good opportunity for ‘seasoned investors’. 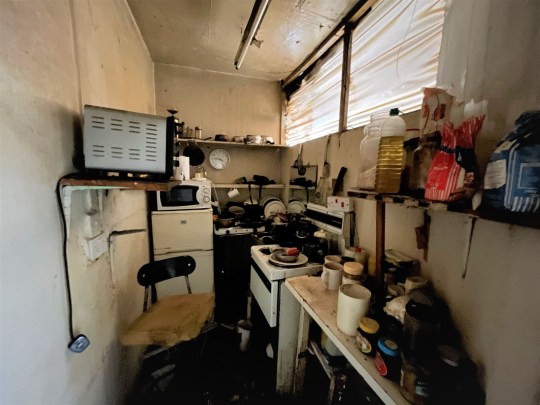 The new owner will need to clean up what’s been left in the home – including rotting food and dirty dishes (Picture: Leicester Mercury/BPM Media)

It will be the ‘star lot’ in the online auction next Friday. Because of its low guide price, it’s likely to be a popular one, and may end up in a bidding war that drives the cost up.

One thing’s for sure, it’s ripe for the picking for those struggling to get on the property ladder in a traditional manner.

They say it’s a good idea to buy the worst house on the best street, and homes neighbouring this one typically sell for upwards of £100k. So as long as you think you can get it back to its former glory, it’s a diamond in the rough.

On the plus side, the boiler is new and in good condition – so that’s one less thing on the renovation checklist.

Couple transform family home into stylish dark mansion for under £1,000

A CREATIVE couple have turned their family home into a stylish dark mansion for less than £1,000. Mum-of-two, Sonia Bhanot...