Few things strike fear into your heart quite like those three little words: ‘we need to talk’.

So when Jude Edgell’s husband Terry, 56, declared he wanted a ‘serious chat’, she assumed the worst.

‘I thought he was going to say divorce,’ said Jude. ‘He was very quiet.’

Then, as they were out on a beach walk, Terry dropped the bombshell.

Don’t worry, this wasn’t a completely random decision – and Jude was thrilled.

The couple had been looking for a holiday home in Spain when they came across the 200-year-old Penllyn Castle, near Cowbridge, Vale of Glamorgan, and decided to view it out of curiosity. 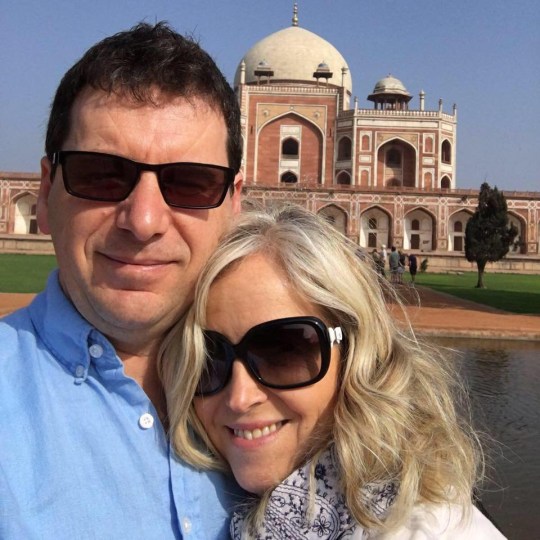 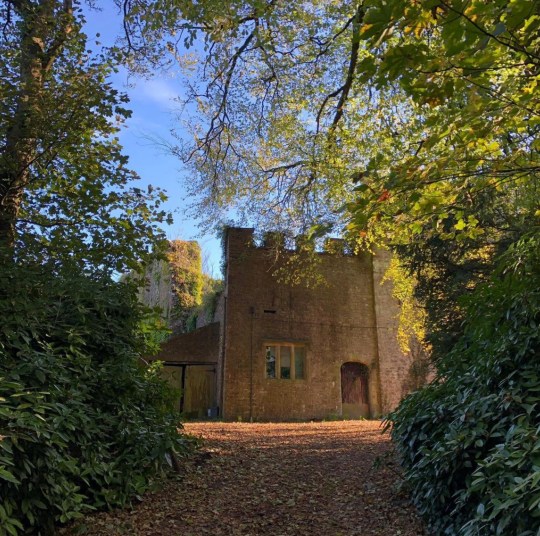 Then he dropped a bombshell: he had bought Jude her dream castle for £775,000 (Picture: Wales News Service)

Jude, of Aberdare, South Wales, said: ‘I’d always loved it. I’ve always known about the castle, I have lived by it, but never been in it.

‘I remember when I was about 25 riding by it and I thought: “Oh my god, I can’t believe people live in houses like that”.

‘When I walked into the drawing-room on that first day all the hairs came up on the back of my neck, and I still get that pull now, that connection.’

Seeing how much his wife adored the building, Terry sneakily put in a bid – and was successful. 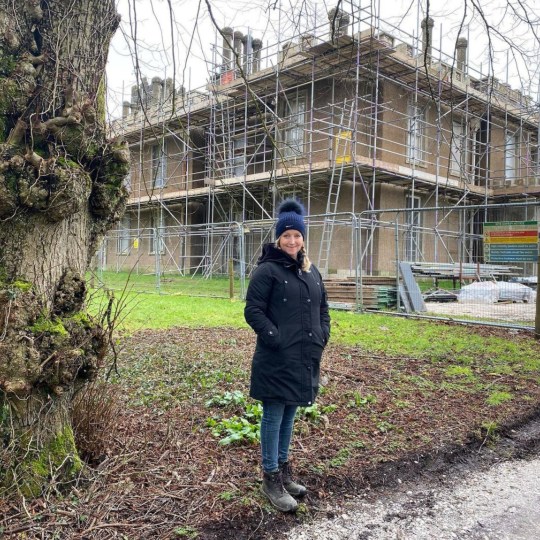 Jude was thrilled – but the castle was ‘a bit of a wreck’ (Picture: Wales News Service) 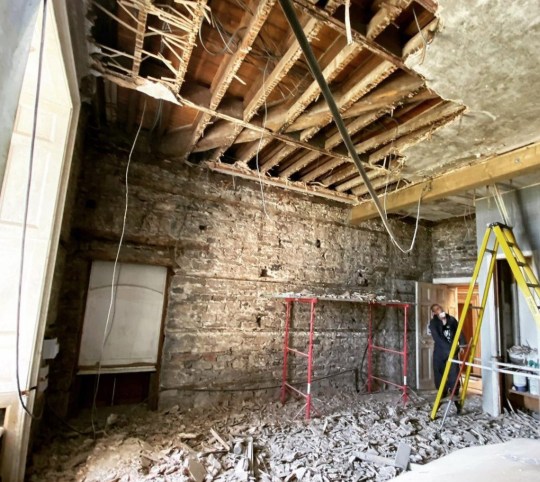 It would need a lot of work to make the castle liveable (Picture: Wales News Service)

He kept the entire plan secret until finally springing the brilliant news on Jude once it had all gone through.

‘I didn’t believe him, so I checked on Rightmove and it said “sold subject to contract”. I said: “Is that us?” and he said yes.’

The castle did come with a catch – it was in need of major refurbishment. 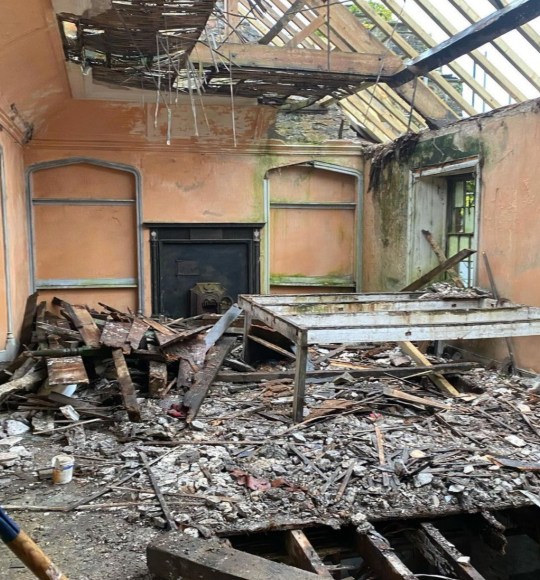 Jude has assembled a star team to give the building a makeover (Picture: Wales News Service) 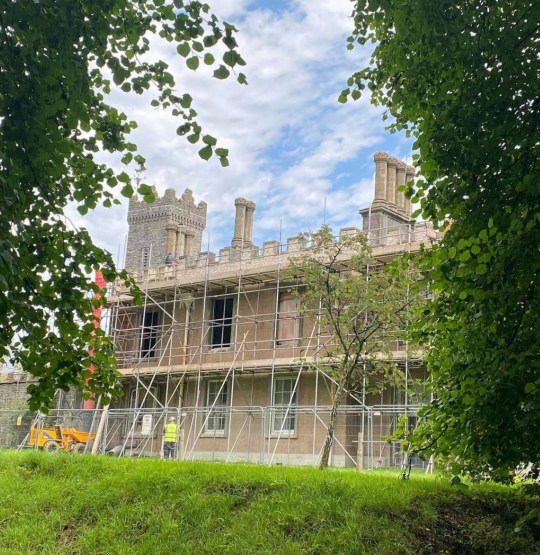 Terry, originally from Buckinghamshire, works long hours as CEO of Premier Forest Group – so the majority of the renovation project is down to Jude.

Thankfully, she was more than up to the task.

She set up a star team of workers, including a site manager, specialist conservation architect, archaeologist, heritage specialists, and an engineer.

‘I’ve also never had so many sleepless nights in my life, I feel totally overwhelmed, out of my depth, dealing with the size of the property, the problems, the fact that it’s listed,’ said Jude.

‘It’s really important to me that long after my days that it’s been done properly, I want it to be there for 100, 200 years, it’s safeguarding it for the future.’

The makeover has now been going for three years, with the couple hoping to finally move in in 2024. 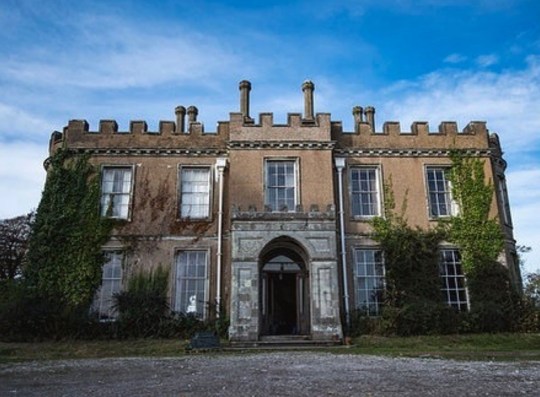 The couple hope to move in in 2024 (Picture: Wales News Service)

The project has thrown up some fun surprises so far – such as a swimming pool that Jude didn’t realise was there as it was overgrown with brambles.

She said: ‘Finding the swimming pool was a funny moment, they had a pool there and it had just been abandoned with just out a net over it and over the 20 years or so the brambles had covered it.

‘We didn’t know it was there until our son Max stepped a corner luckily in the shallow end. The brambles gave way and he literally disappeared and dropped three-foot.’ 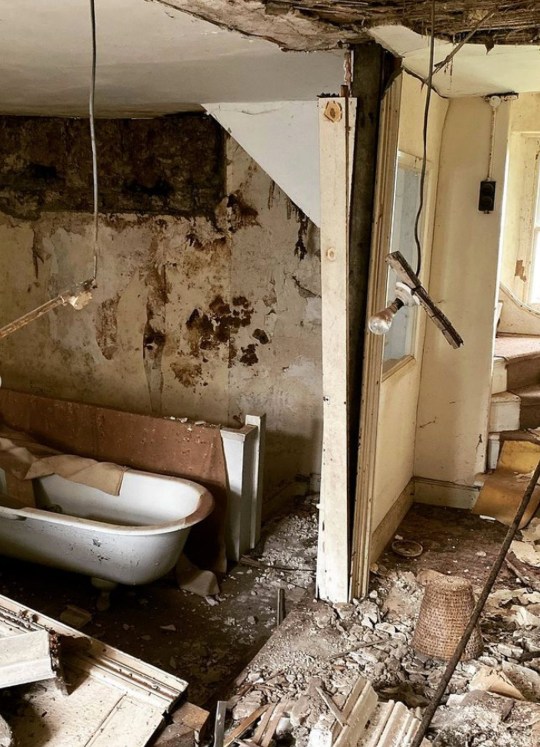 The house was built in 1790 for Lady Barbara Vernon on the site of a Norman castle ruin. It was then left to her friend Miss Emilia Gwinnett before it fell into disrepair.

Jude said: ‘I love the fact that a woman left it to another woman, and now we have a woman in charge of putting it back together.’

They are now hoping to restore the historic mirrors and crystal chandeliers inside.
Jude says the budget is a ‘rolling sum’ – and added: ‘It will never be worth what it’s cost us in our lifetime. It’s a labour of love, it’s not about value.’

A TIKTOKKER has given a tour of his tiny New York apartment the size of a hallway that he rents...

House that’s ‘unsuitable for habitation’ on market at just £69k