A STUNNING Grand Designs home made of curved glass that cost its creator FIVE heart bypasses is now on the market for £3.4million.

The LA-style glass villa is nestled north of Brighton and boasts spectacular views across the East Sussex countryside. 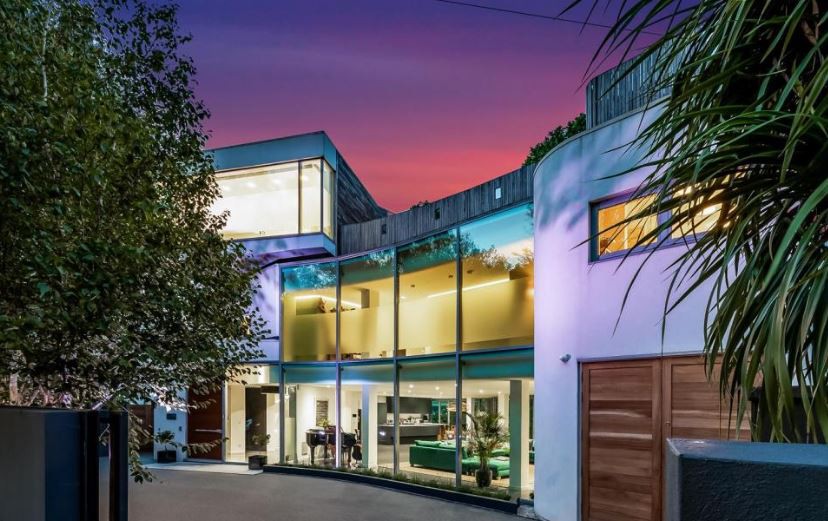 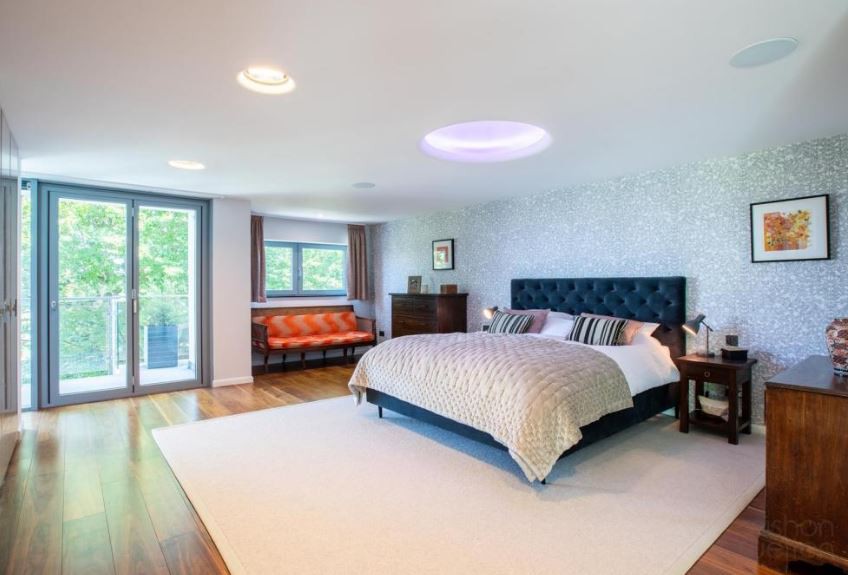 The master bedroom is at the top of the houseCredit: RIGHTMOVE 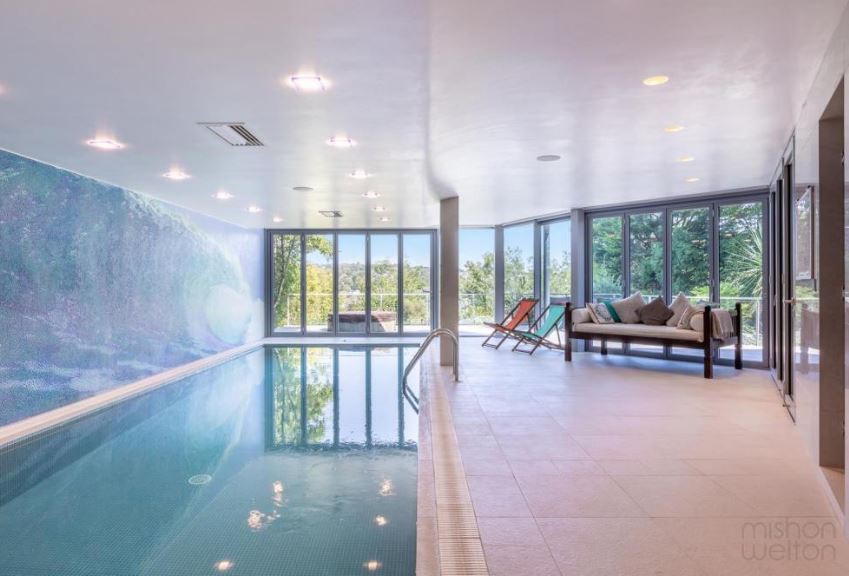 The villa includes its own indoor heated swimming poolCredit: RIGHTMOVE 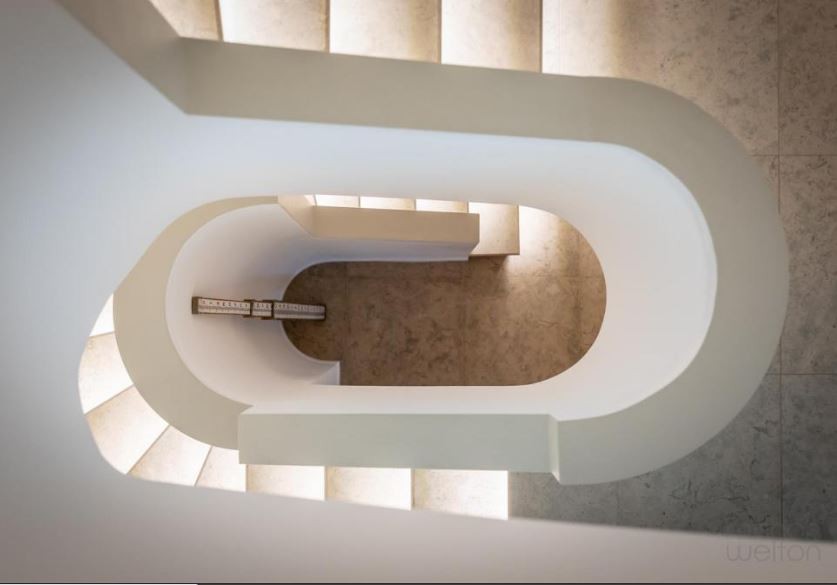 One of the key features is a sweeping white staircaseCredit: RIGHTMOVE

With five palatial bedrooms and bathrooms and floor-to-ceiling windows throughout, the dramatic building known as The Curve is a rare find on the UK property market.

But the building got off to a bumpy start after it cost its creator FIVE heart bypasses and £1.8million to build.

Milkman-turned-builder and artist Barry Surtees began his vision for the glass palace in 2007.

Surtees wanted to create a modern, curved and majestic home for his family.

He told The Daily Mail: “I’m obsessed with modernist architecture.

“I was keen to make the rooms very large, light, airy and follow the natural contours of the surroundings.”

And while building for the property went smoothly at first, the enormous project soon stalled as Surtees was plagued with money troubles, difficult suppliers and bad health.

In 2008, the dad-of-one suffered a traumatic heart attack and had to endure five bypasses to recover.

He later said the attack “made me question everything, including whether I should be bothering with material things, including the house”. 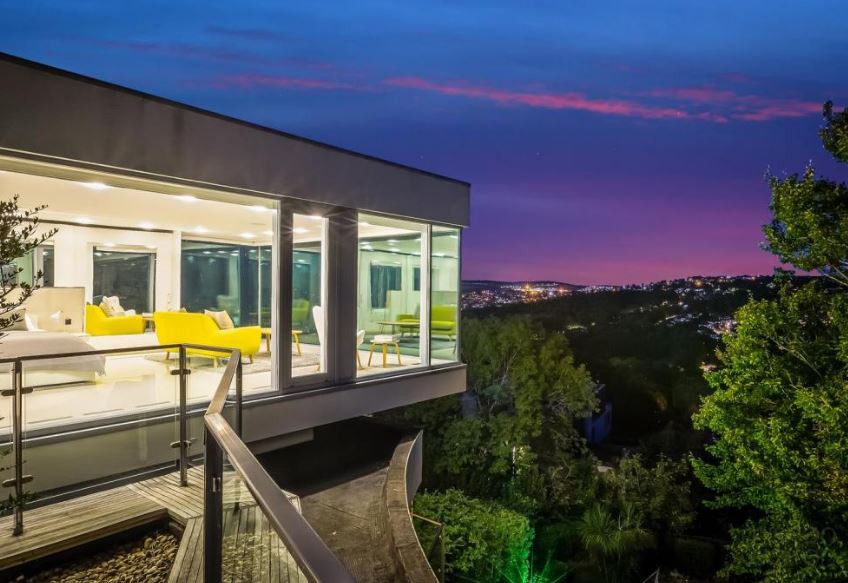 The glass palace looks out onto dramatic scenery across East SussexCredit: RIGHTMOVE 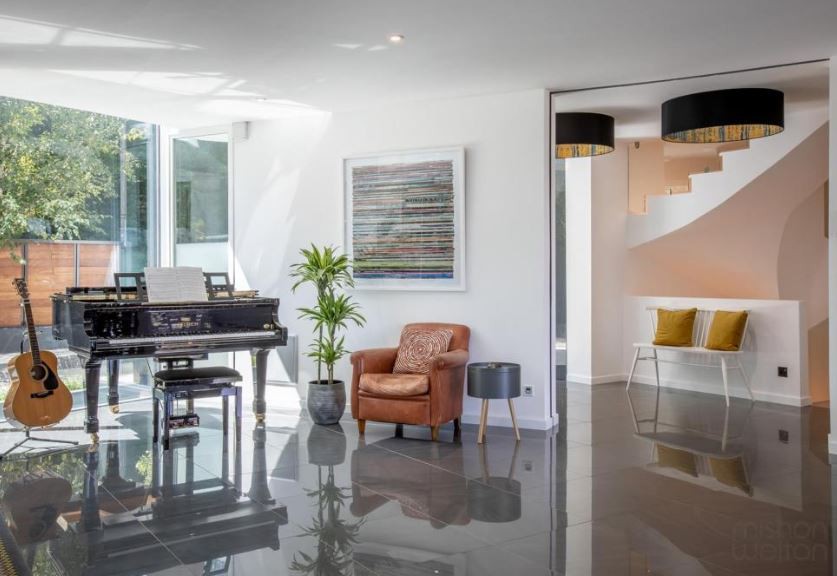 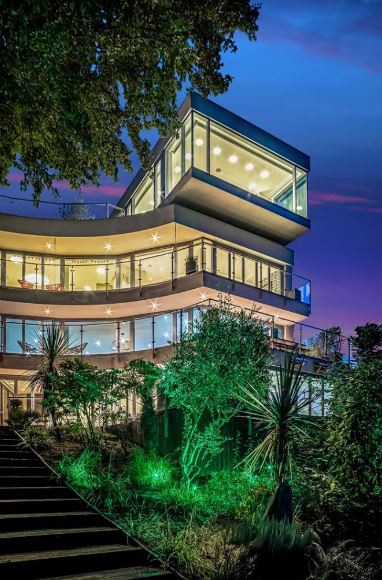 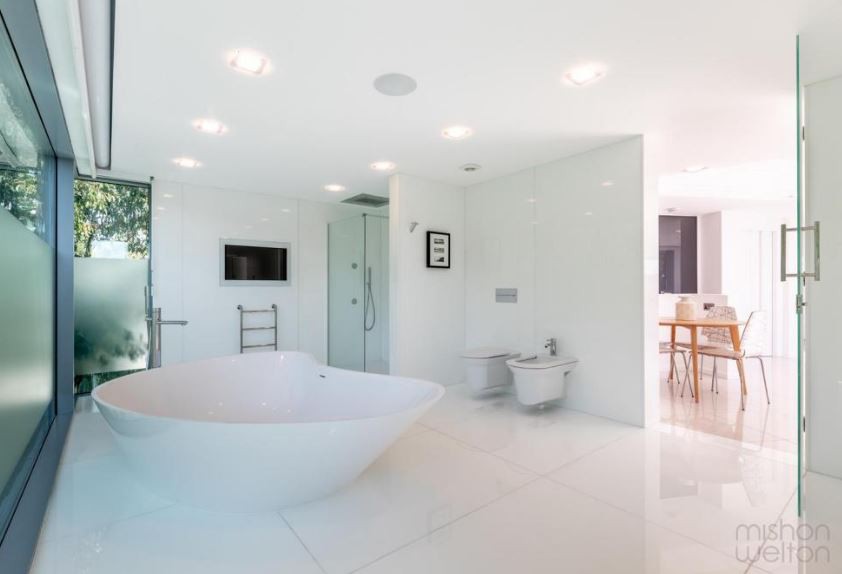 The stunning property has five bedrooms and five bathroomsCredit: RIGHTMOVE

Still Surtees soldiered on and managed to complete the palatial home after sinking £1.8million into the project.

But just three years after beginning to build his dream home, Surtees put the villa up for sale to try and recoup some of the costs.

The property later sold to new owners in 2012 who reportedly gutted the interiors.

But now the breathtaking modern mansion is up for sale again for a cool £3.4million.

Described as a “rare find” by agents Mishon Welton, The Curve is flooded with natural light during the day and tucked away in a secluded part of Brighton.

Key features include a sweeping white staircase, dramatic views across the country and balconies across the first and second floors.

The villa even has its own roof-top terrace with grass, trees and space for deck chairs.

Just minutes from the beach and Preston Park station, the new homeowner will hopefully have better luck than its initial creator. 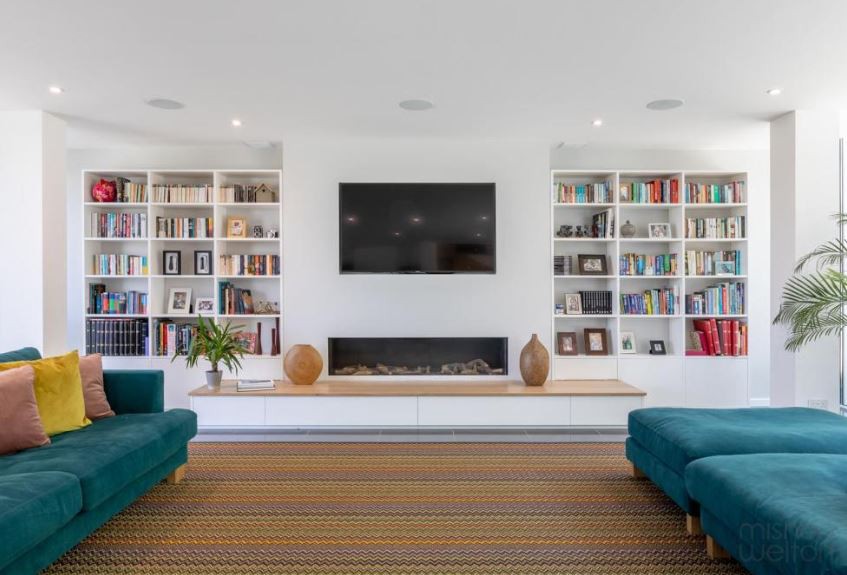 The mansion is on sale again for £3.4millionCredit: RIGHTMOVE 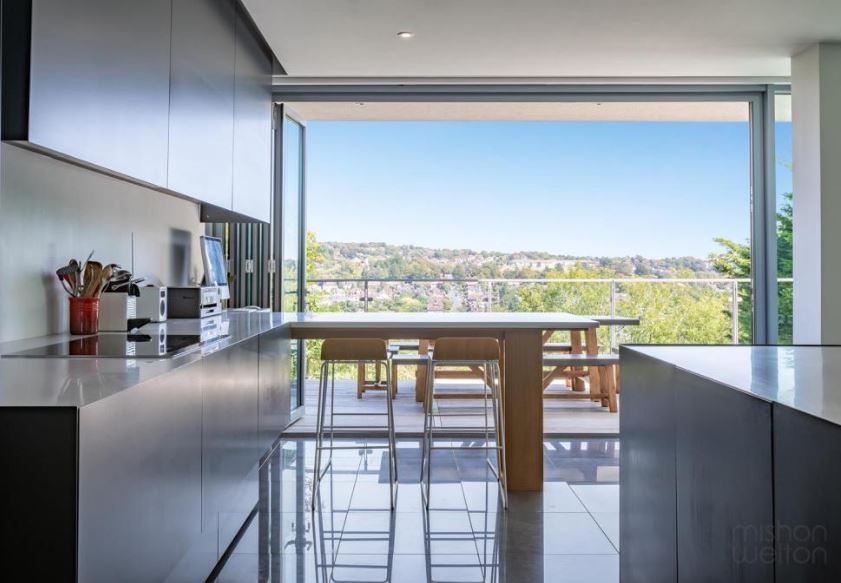 The property has a sleek modern kitchenCredit: RIGHTMOVE 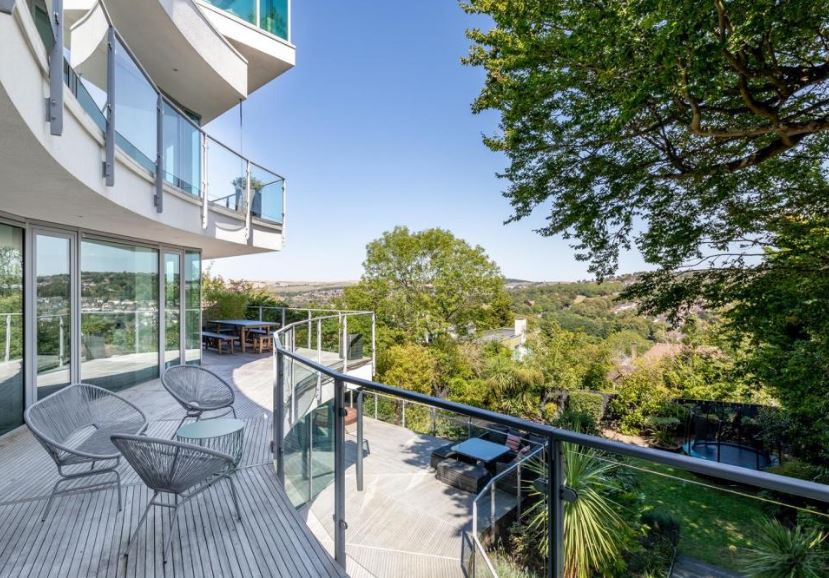 Balconies stretch across the first and second floorsCredit: RIGHTMOVE 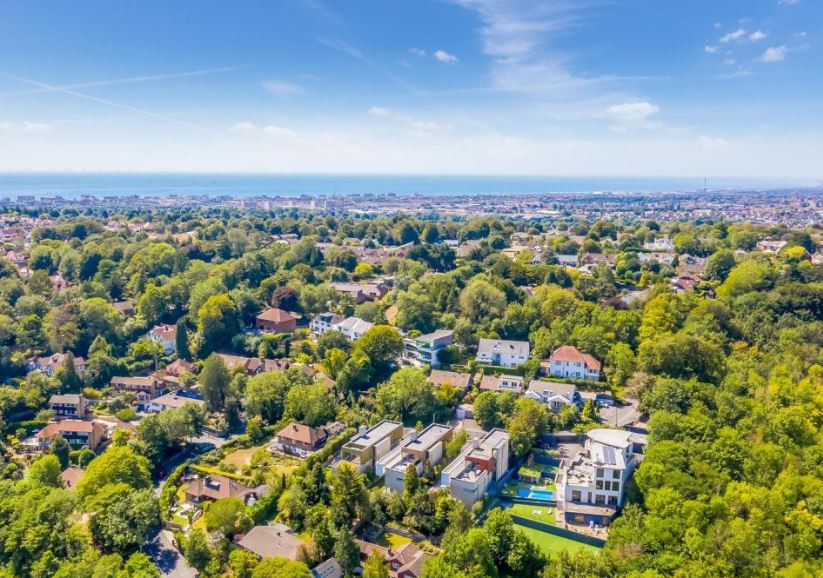 Breathtaking vistas can be spied from the property’s roof terrace