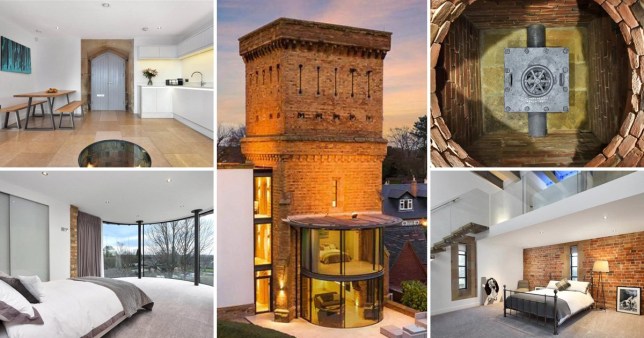 All this for barely more than the average price of a London flat (Picture: Jonathan Holmes/RightMove)

A former water tower in Leicestershire that’s now an amazing three-bedroom award-winning home was the most-viewed on Rightmove for January.

The Grade II listed building, which features a curved glass extension on the lower floors and a roof with a brick balustrade, has a guide price of £595,000.

It might seem costly compared to the average price of homes in the area (£298,913), but with London flats going for an average of £548,578 last year, according to Rightmove, it sure looks like a steal to us.

The kitchen has a glass floor that serves to display the original cast iron pipework used to drain the water tank back when the home was a functional water tower.

On top of that, the home won a 2016 Local Authority Building Control (LABC) award for best conversion.

The conversion saw both the bedroom on the first floor and the living room on the ground floor kitted out with large curved windows.

The tower was extended on the south and western sides. 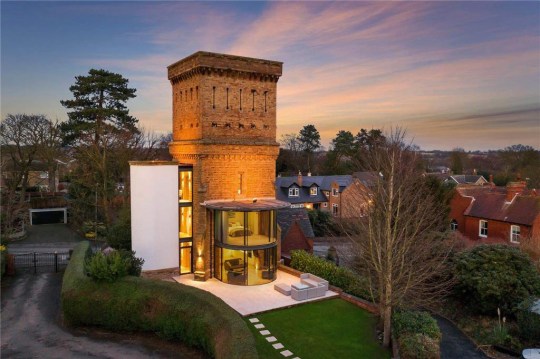 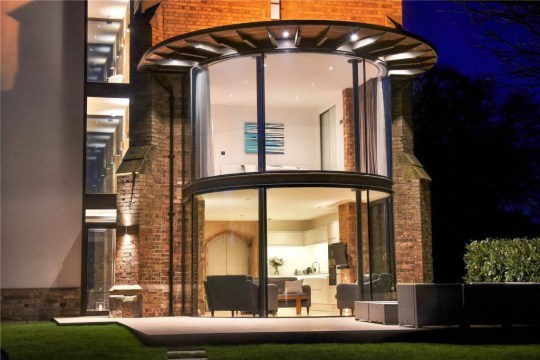 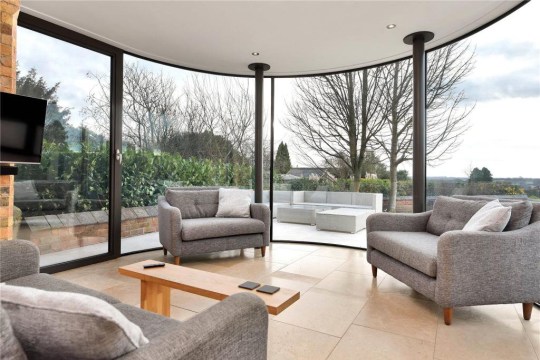 The building was originally constructed in 1853/1854 and boasts some beautiful views over market town Ashby-de-la-Zouch.

One of the three bedrooms features an open-plan mezzanine area showing a beautifully designed bathroom on the floor above.

That bathroom is one of two in the property, and it includes a free-standing bath and a walk-in shower. 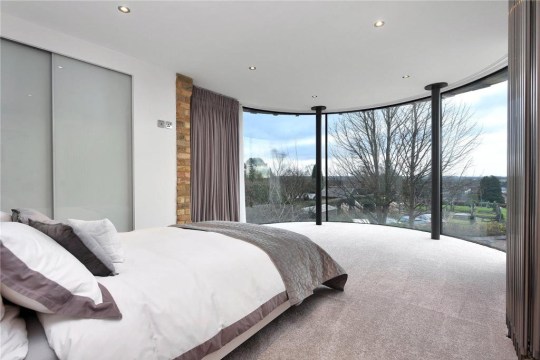 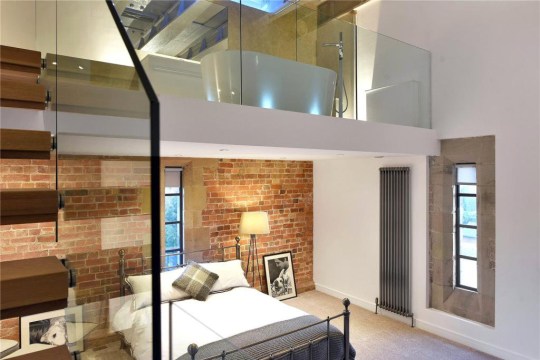 One bedroom has a mezzanine bathroom (Picture: Jonathan Holmes/RightMove) 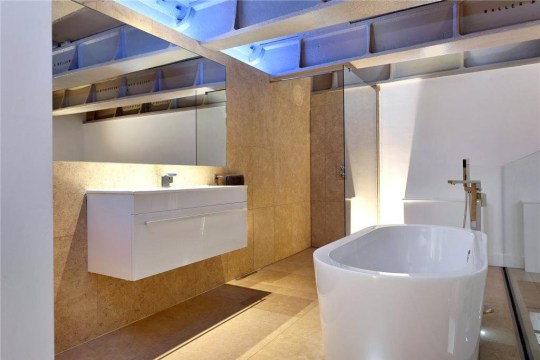 This would have you showering in style (Picture: Jonathan Holmes/RightMove)

Throughout the house, there is exposed original brickwork and stonework, which contrasts nicely with the shiny modern additions to the property.

The loft is the tower’s former tank, which offers plenty of storage, and an access hatch leads onto the roof where you’ll find a brick balustrade and gorgeous views.

The property also includes a garden with a lawn area and hedges and walls along the border. 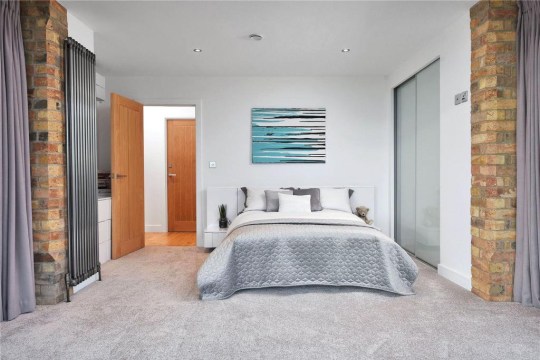 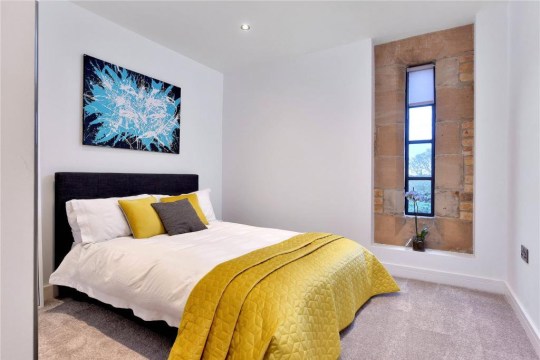 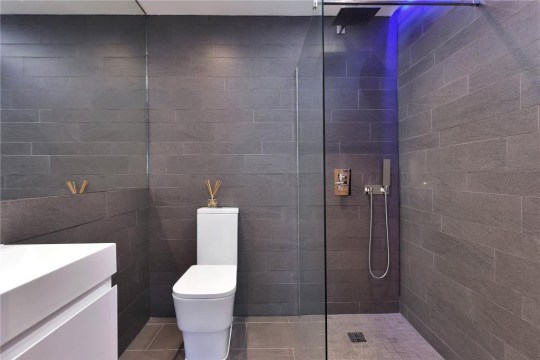 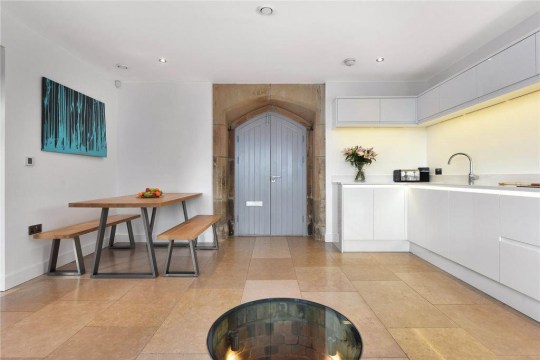 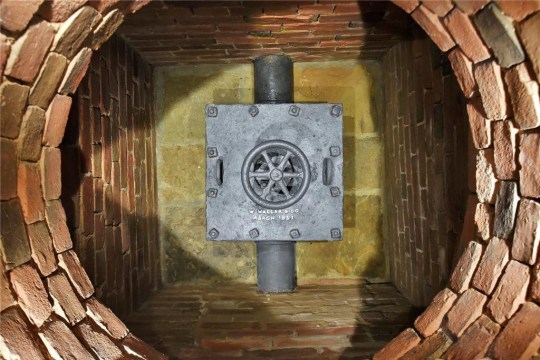 The the original cast iron pipework can be seen through the kitchen floor (Picture: Jonathan Holmes/RightMove)

As for the location?

Ashby-de-la-Zouch is near the borders of Derbyshire and Staffordshire, and it offers good access to the A50 and M1.

Birmingham, Loughborough, Derby, Leicester and Nottingham are among the nearest cities.

The main line railway stations of East Midlands Parkway and Tamworth, both between 20-30 minutes away, offer London-bound services. 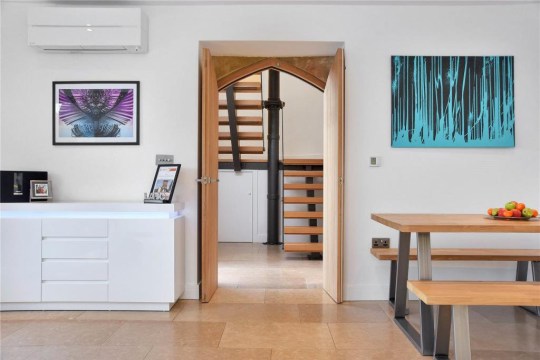 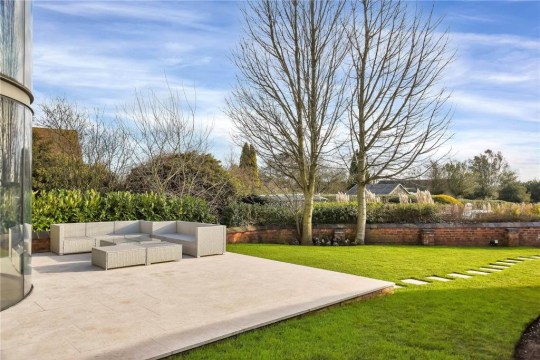 The garden is pretty and spacious (Picture: Jonathan Holmes/RightMove) 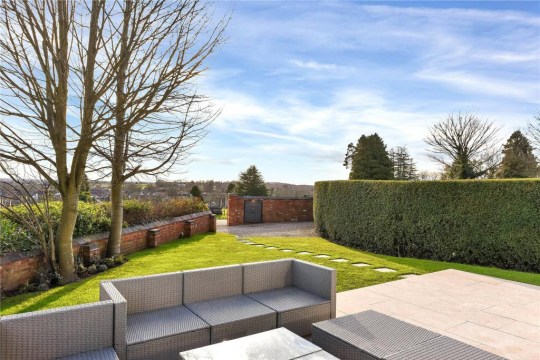 All this could be yours for £595,000 (Picture: Jonathan Holmes/RightMove)

Rightmove’s Tim Bannister said: ‘It’s always fun to showcase quirky properties that stand out from the crowd and this converted water tower certainly falls into that category.

‘You don’t need to be a property expert to see why it’s garnered so much attention from the British public – it’s a fantastic example of how innovative architecture can really reenergise and transform a period property.’

The property is being marketed by estate agents Fisher German.

If you’re interested, check out the Rightmove listing for further information.