Fill vases with beautiful blooms from your own garden.(Picture: Getty Images/iStockphoto)

Nothing screams summer more than a vase brimming with vibrant blooms on your kitchen table.

But did you know that 86% of flowers in UK shops and supermarkets are imported from Holland or flown in from Africa or South America?

You can help to shrink this carbon footprint by stocking your garden with flowering plants to cut for indoors.

‘Like a beautiful garden, a successful arrangement requires structure, repetition, interest and surprise as well as a good combination of colours and forms,’ says farmer-florist Jill Houston of Little Park Flowers near Newbury in Berkshire.

‘And like a movie, it needs a variety of players – the stars, the supporting cast, the bit parts, the extras and the setting – to make the whole thing sing.’

Below, Jill recommends the best flowering plants to fill your vases: 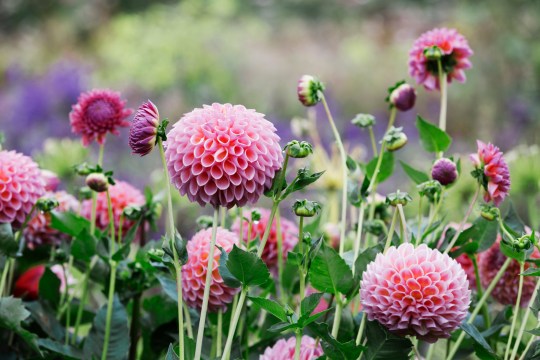 These blowsy showstoppers are the workhorses of the cutting garden from July onwards. They come in an astonishing variety of colours and forms and have the added benefit of producing more and more flowers the more you cut them for the vase.

Dahlias love a sunny spot and need to be well supported, to prevent them being flattened by the autumn winds. 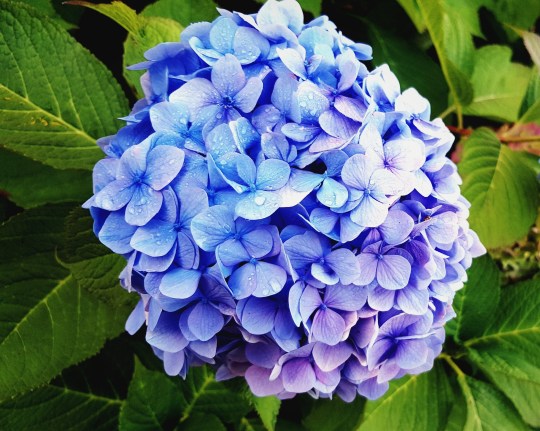 If you have a shaded garden, hydrangeas are the flowers for you and come in hues of white, cream and pink through to blues and purples, from July onwards. Hydrangeas make lovely cut blooms – while they look prettiest in the opening stages, the flowers need to be fully out and reasonably firm to the touch before cutting.

Put straight into warm water with a deeply angled cut. If they droop in the vase, revive by floating them in a bath of cool water overnight. 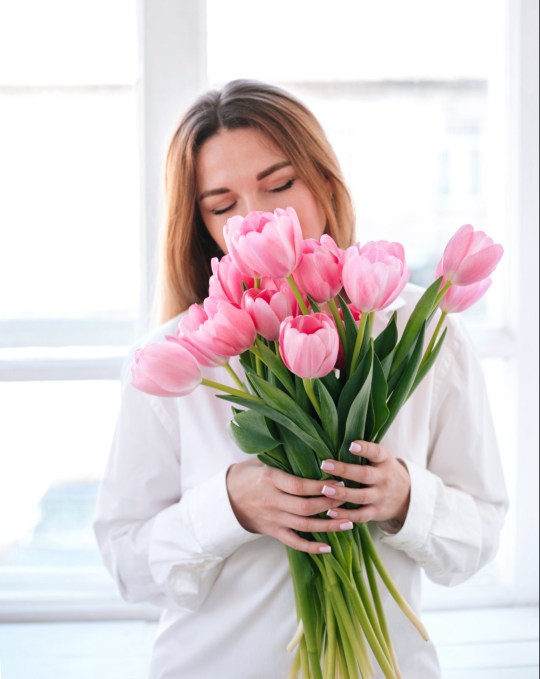 No cutting garden would be complete without these beautiful blooms, which bring a long-awaited burst of colour in spring. Plant the bulbs in well-drained soil from mid to late autumn and their flowering season will last from early April through to mid-May.

Cut your tulips just as they are beginning to colour up, in order to get the longest vase life. Well-grown tulips should give you a good 10 days in the vase. 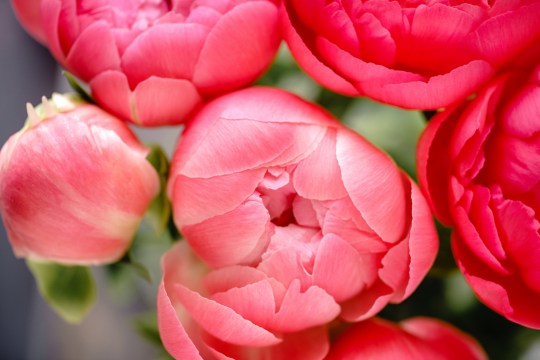 Flowering from late May to mid-June, starting with Coral Charm (the coral fades to buttery yellow) and ending with Félix Crousse (deep cerise), peonies have the added benefit of being deer and rabbit-proof.

Cut them in the early morning or late evening, on a dry day when the buds are showing colour and just beginning to give a little when gently squeezed. 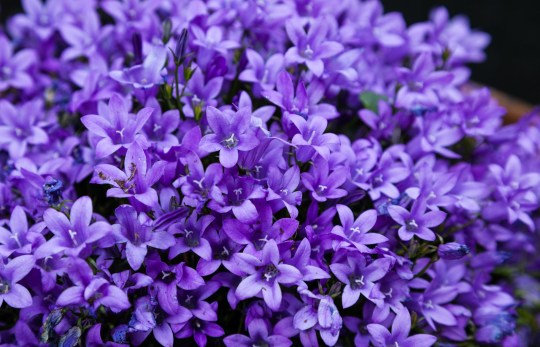 These bell-like flowers are simply beautiful and come in single and double forms and in colours ranging from white to pink, to mauve and purple.

They love moist but well-drained soil and thrive in a sunny or partially shady spot. For the longest vase life, cut them when the first bud is beginning to colour and open. 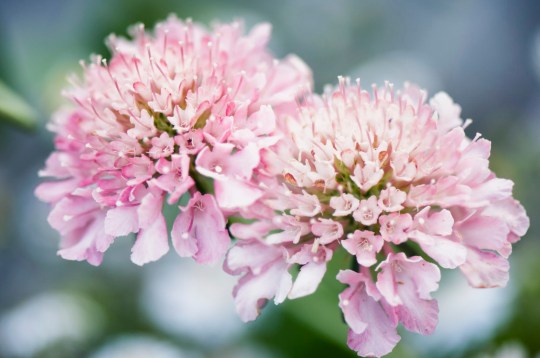 I love pops of colour dancing above the main flowers in the vase and there is nothing better than Scabiosa atropurpurea which comes in many wonderful colours and is easy to grow from seed.

The perennial varieties in blue or white are lovely, but I prefer the smaller, tighter flowers of the annuals including ‘Burgundy Beau’, ‘Summer Fruits’ and ‘Salmon Queen’. Cut stems when the first petals begin to unfurl from their tight pincushion bud. 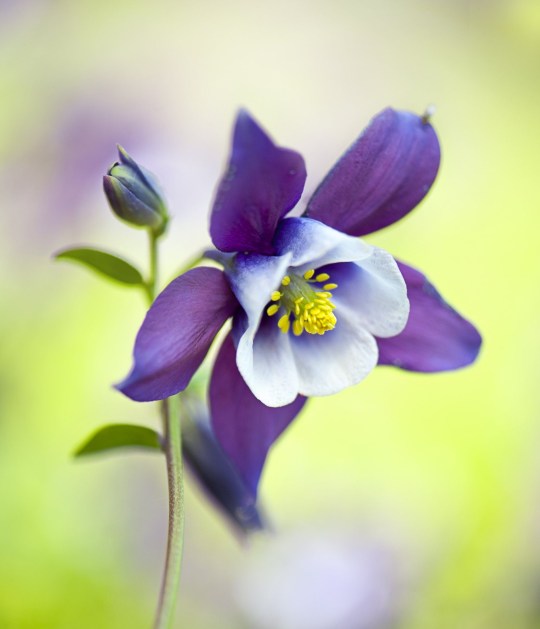 Great for a surprise element in your vase. My favourites include Honesty (Lunaria Biennis), a biennial plant which self-seeds, producing flowers in May followed by beautiful green or purple seed pods.

Another country garden favourite is aquilegia, a perennial that flowers in May and sometimes again later in the year. The flowers are pretty, but it’s the seed pods that I particularly love in arrangements.

How to display your flowers 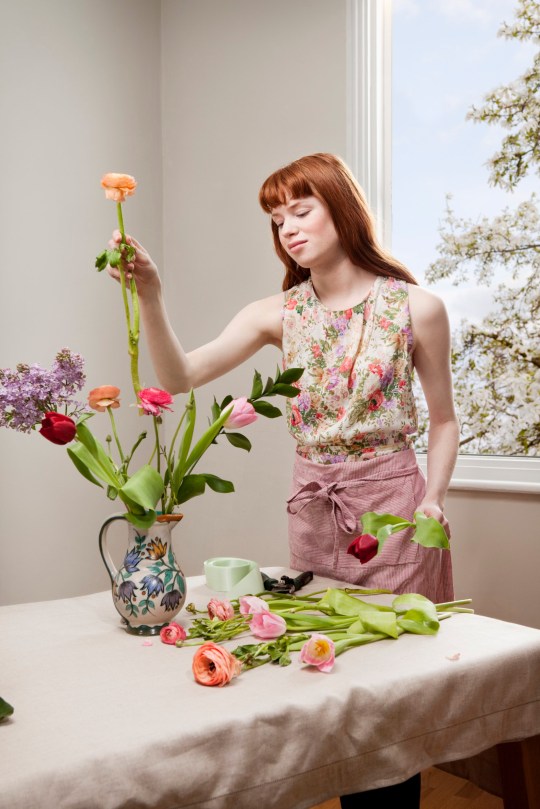 Use a vase that’s wide at the bottom and narrows at the top, as this allow the flowers to fan out and breathe. I let the garden teach me what looks pleasing to my eye.

I have no rules – but cutting flowers of the same type to different lengths and having a mix of flowers in odd numbers at different heights in the vase makes for the most natural and pleasing arrangements. 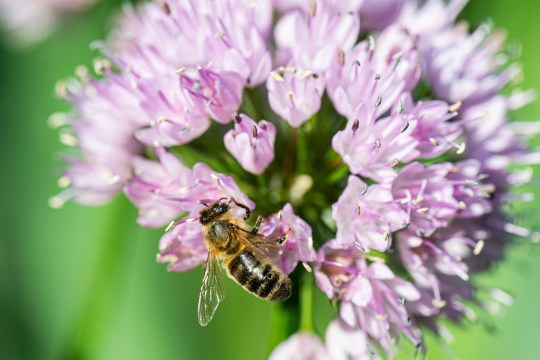 All vase arrangements benefit from some tall, structural, curvy stems like alliums. They come in all shapes and sizes, with varieties that will flower at different times between May and August. My favourite for arranging with is delicate pink Allium ‘summer beauty’. 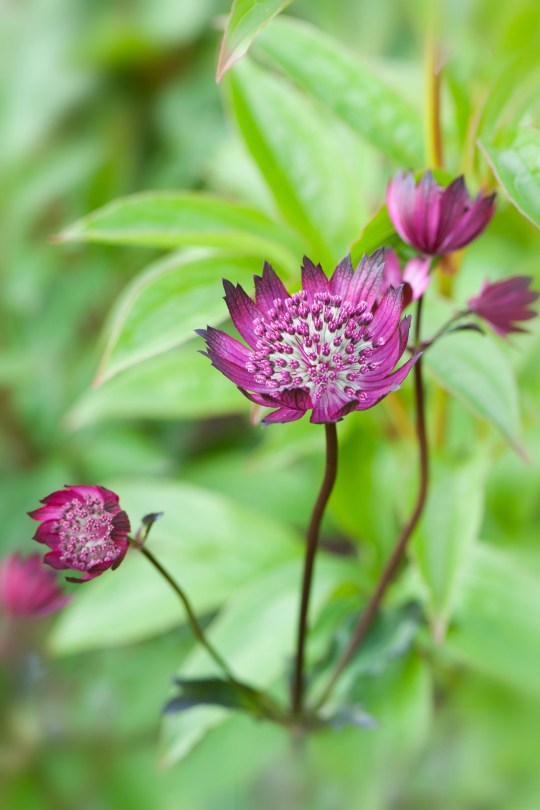 I like a few less-showy and interestingly textured flowers in my arrangements, such as Astrantia. Look out for long-stemmed ‘Shaggy’ (white), Penny’s pink (pale pink) or Claret (a deep wine shade).

To prevent them drooping in the vase, the central flower must have begun to set seed. The more you cut them, the more they bloom. 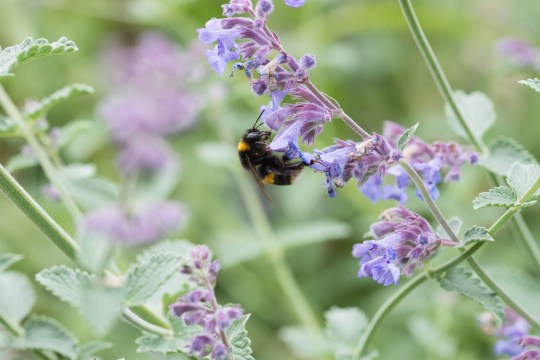 This perennial will produce a gorgeous display of blue in June and July, and again in the autumn if you cut it right back in May.

The long, arching stems last beautifully in the vase and add a relaxed country garden feeling. Thrives in sun or partial shade with a rich organic compost mulch in spring.

Jill Houston is a member of Flowers from the Farm, which champions artisan growers of seasonal British cut flowers. See her at RHS Hampton Court Palace
Garden Festival, July 4-9. 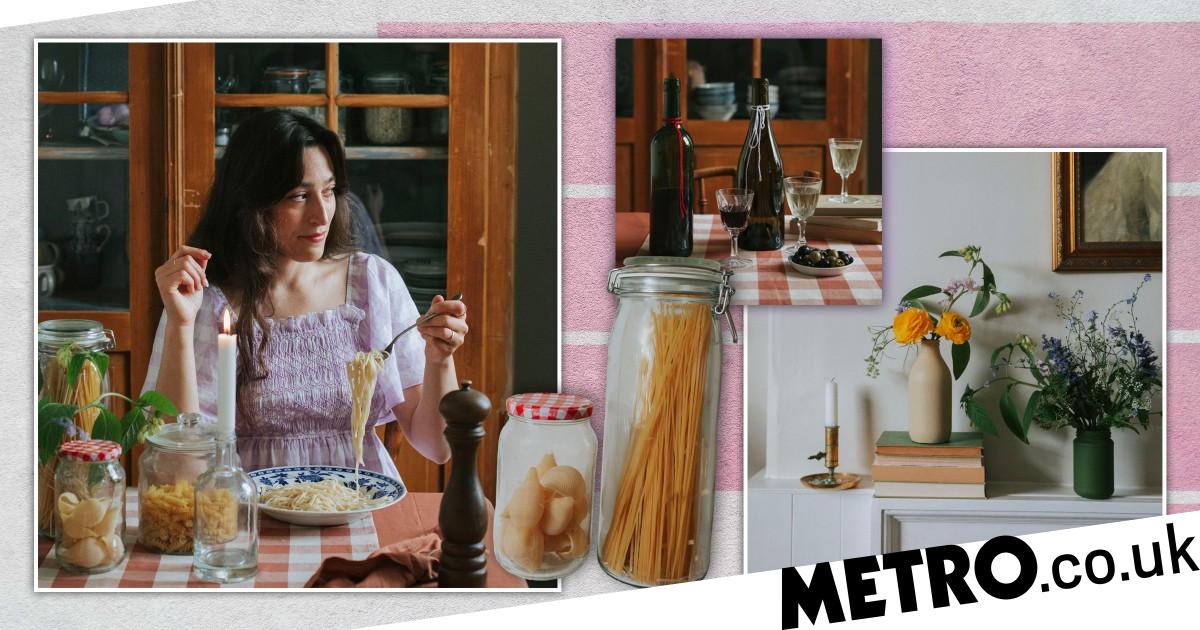 Keep your home stylish on a budget with these glassware hacks

Have you got the bottle to transform your home? (Picture: Patricia Rodi/Metro.co.uk)Is it possible to struggle with the crippling cost...

Couple quit jobs and convert minibus to travel the world

Here’s why we want to move to Hainault

You can live in a giant former oven for £1.25 million