Three-bed house with rooms full of rubbish for sale for £325,000

There’s a lot going on (Picture: Robert Luff and Co)

Fancy a real cleaning challenge? You’d definitely have your work cut out for you with this property.

Prospective buyers of this £325,000 house, in Lancing, West Sussex, would have to wade through piles of rubbish and clutter to view all the rooms in person.

The three-bed home is full to the brim with everything from clothes and toys to toiletries, with some piles reaching as high as the ceiling.

In the stairwell, shelves are stacked on shelves to store reams of bric-a-brac.

One photo shows a bathroom full of plastic bottles of shampoo and body lotion, while another is packed to the absolute brim with clothes.

The kitchen is all blocked up by full hanging bags and appliances. 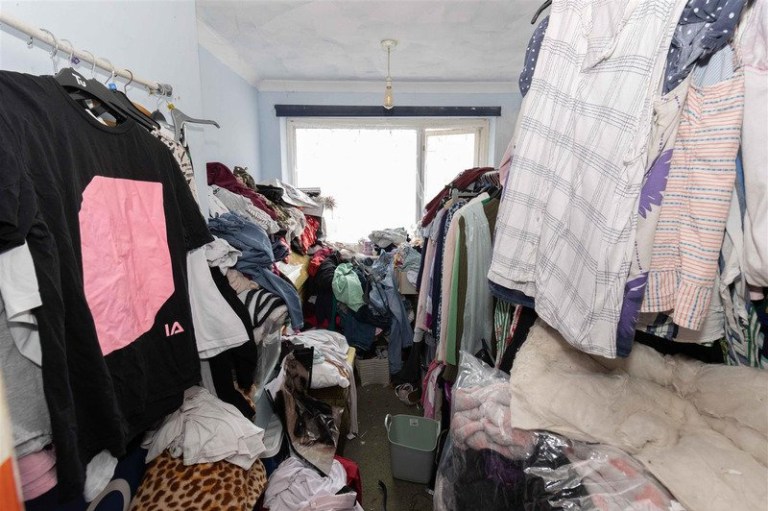 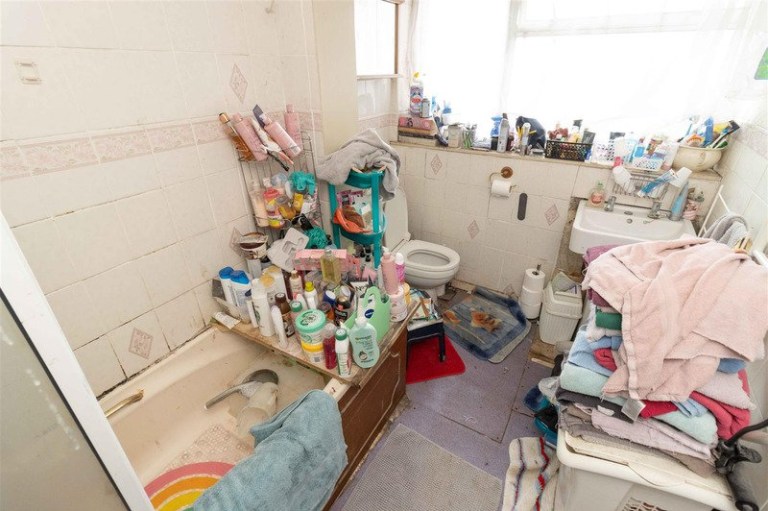 Others have every surface covered with beauty products (Picture: Robert Luff and Co) 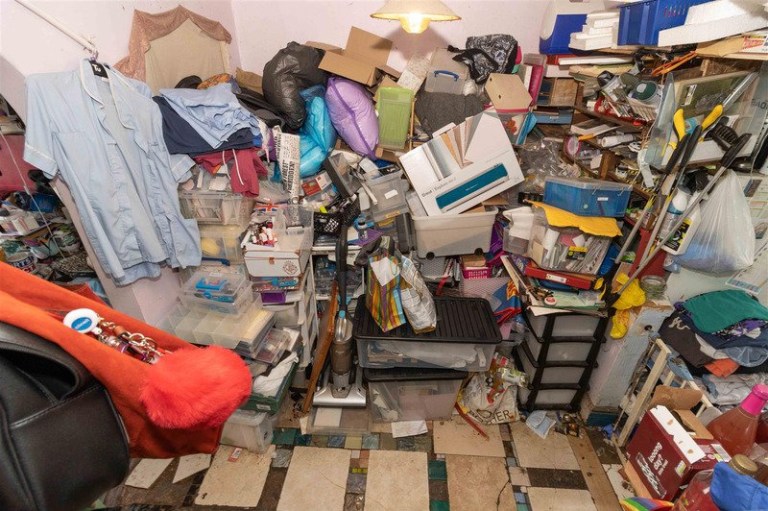 Clutter has been piled high to the ceilings (Picture: Robert Luff and Co)

There’s even clutter in the overgrown garden, albeit not as much, with items such as bins, a ladder and a mossy fishtank having been left to the elements.

The outside of end-of-terrace freehold property also includes a patio and sheds that have seen better days. 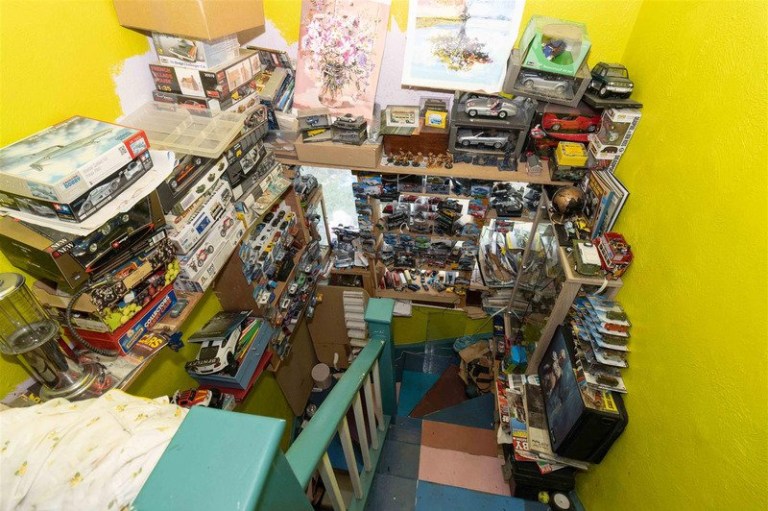 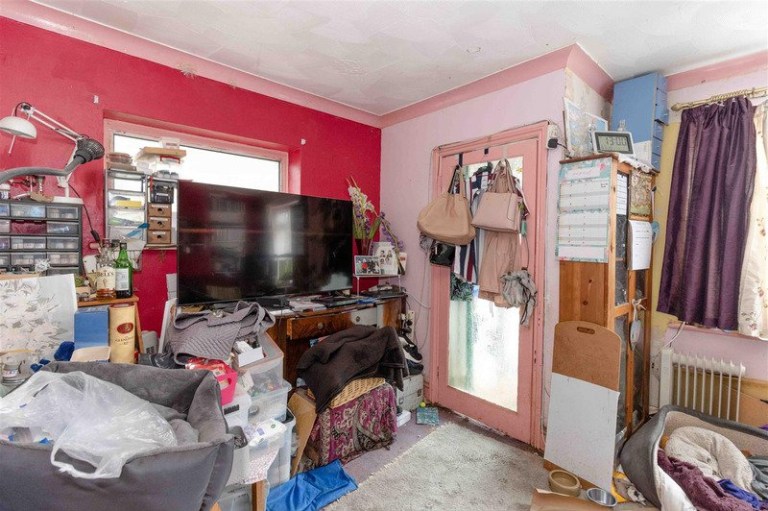 Hardly a surface has been spared (Picture: Robert Luff and Co) 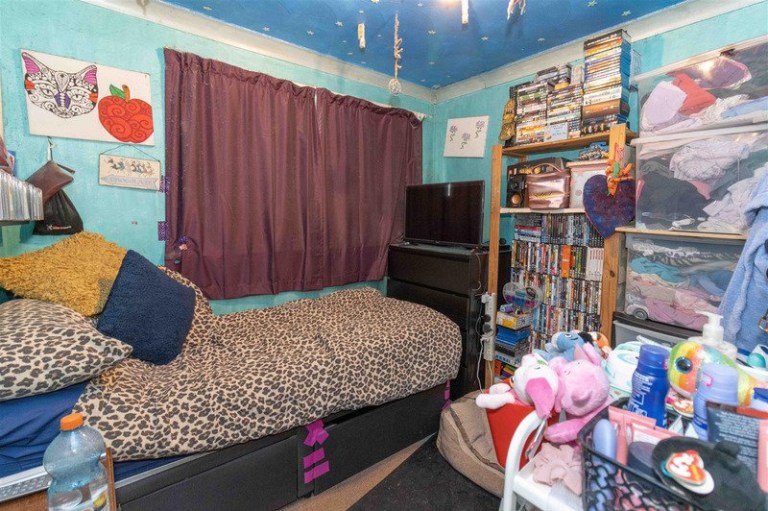 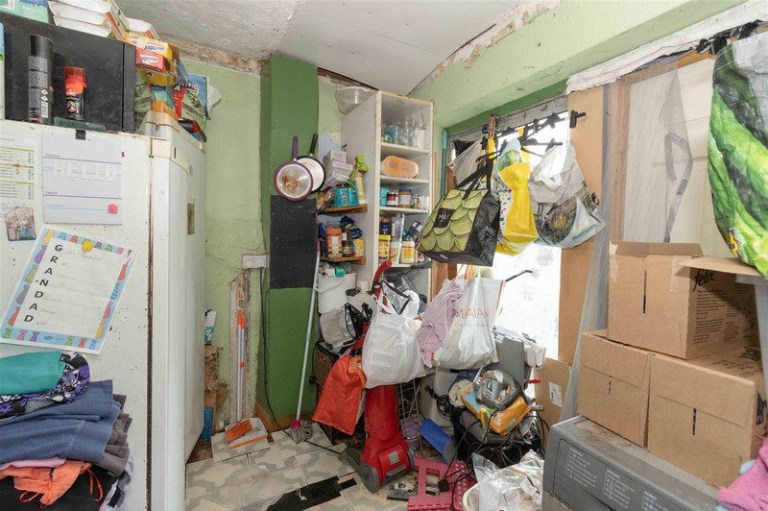 Estate agent Robert Luff & Co said: ‘We are delighted to offer to market this end of terrace home, ideally situated in this favoured location with local schools, mainline station, the beach and Lancing village centre all just a short walk away. 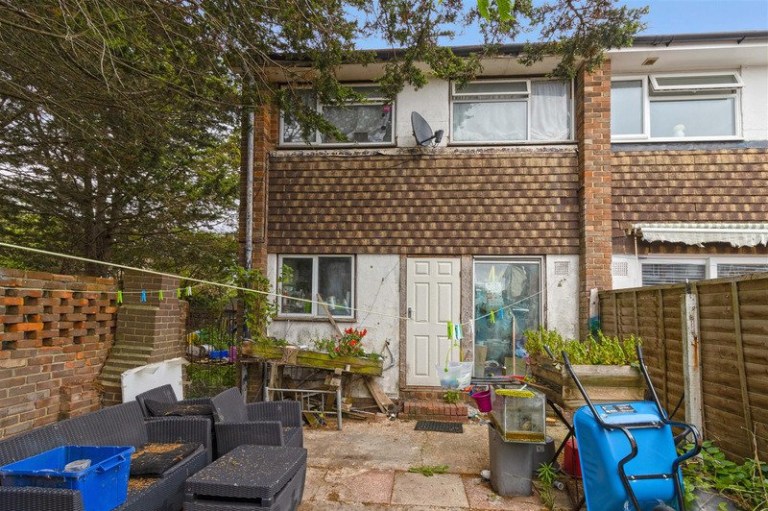 The garden isn’t clutter-free either (Picture: Robert Luff and Co) 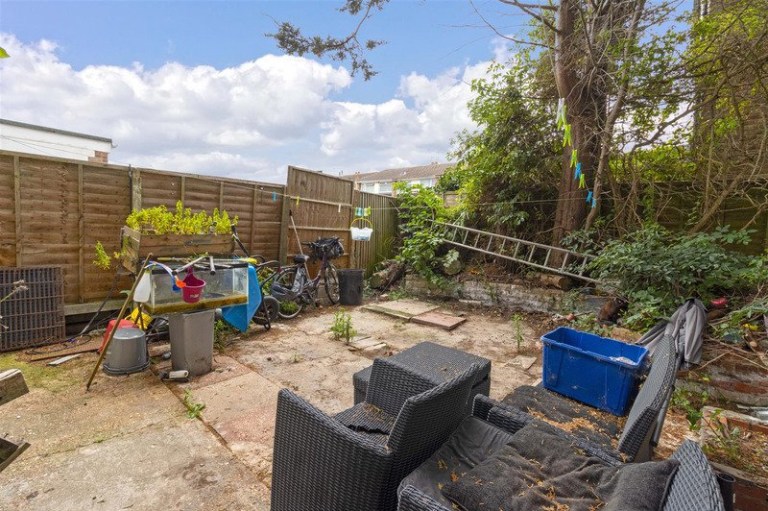 The sizeable patio currently features things like bins and a fishtank (Picture: Robert Luff and Co) 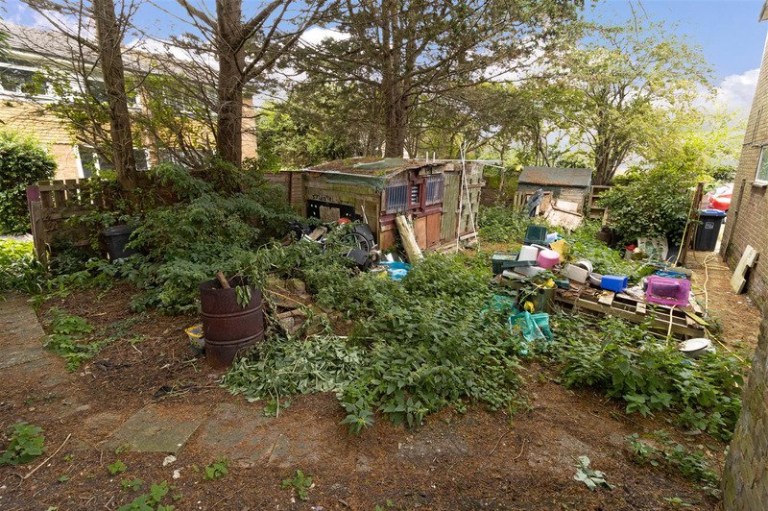 ‘This property offers a good size plot and would benefit from being modernised to its full potential.

‘Other benefits include garage en-bloc and good size rear garden.’ 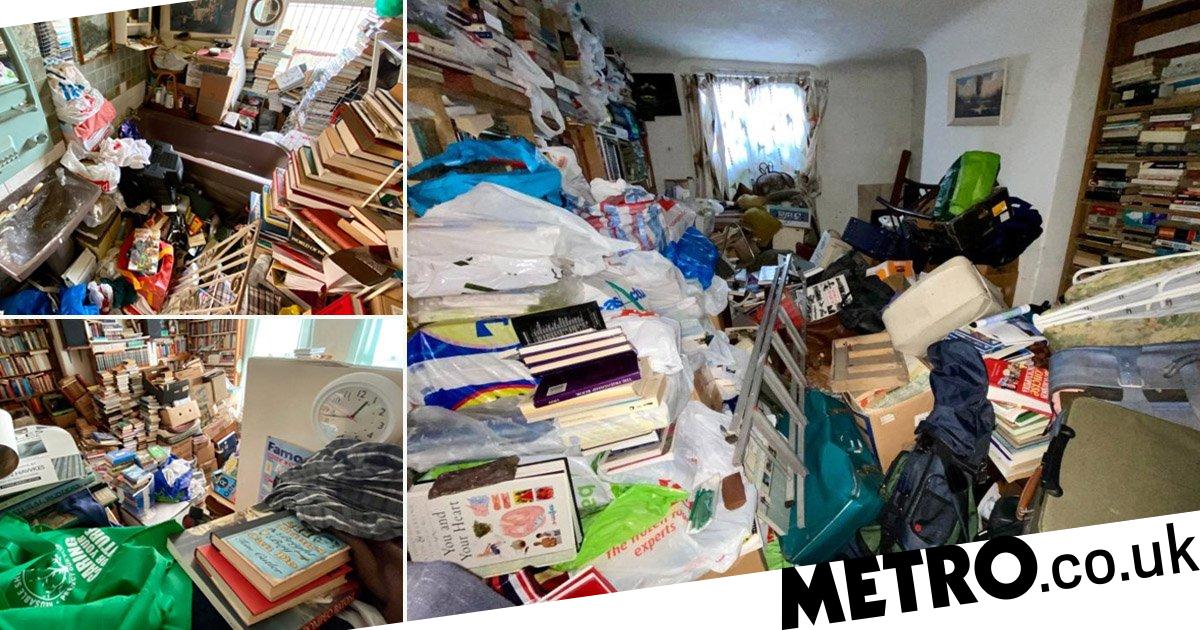 Liverpool home filled with thousands of books hits the market for £125,000

Behold: the home of a book hoarder (Picture: Revive Property Auctions/Deadline News)There are two types of people in this world:...