What’s going to Brexit do to deal with costs?

AS Brexit negotiations continue, you may wonder how the exit from the European Union will affect UK house prices.

Will first-time buyers be able to snap up cheaper properties if values fall, or is there no need to worry for existing homeowners? 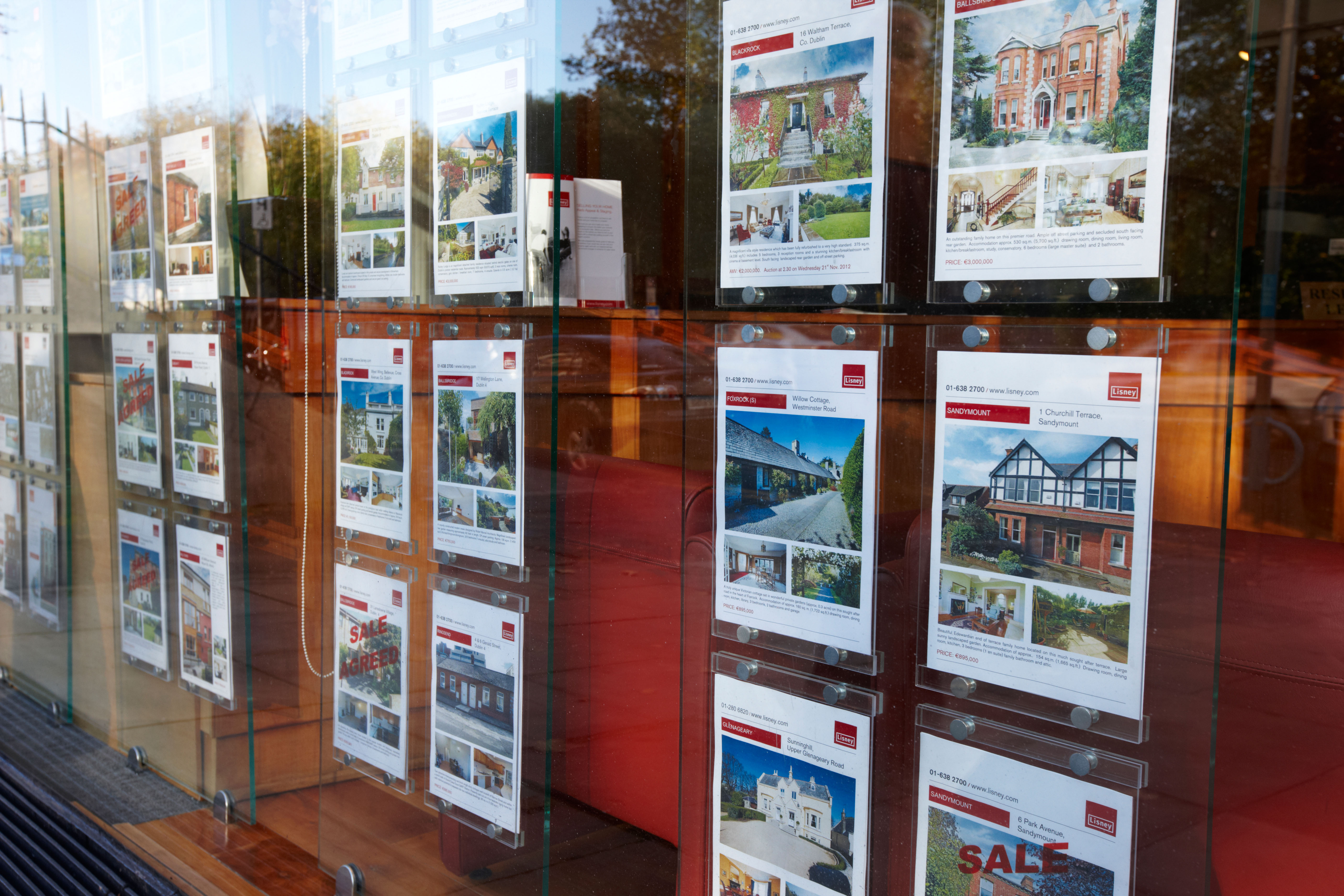 We explain how the property market could be affected by BrexitCredit: Alamy

The Sun has spoken to experts to find out how the property market could be affected once the UK leaves the EU on December 31.

It comes as the housing market has swung back from the first coronavirus lockdown, which effectively saw it shut for a seven-week period this spring.

House prices have since hit record highs following a temporary stamp duty holiday on properties worth up to £500,000, which has boosted demand.

Last week, Halifax said typical house prices rose from £237,834 to £253,243 between June and November – marking the strongest run of growth over five months since 2004.

Meanwhile, Nationwide Building Society reported an annual rise in house prices of 6.5% for November, the highest since January 2015. 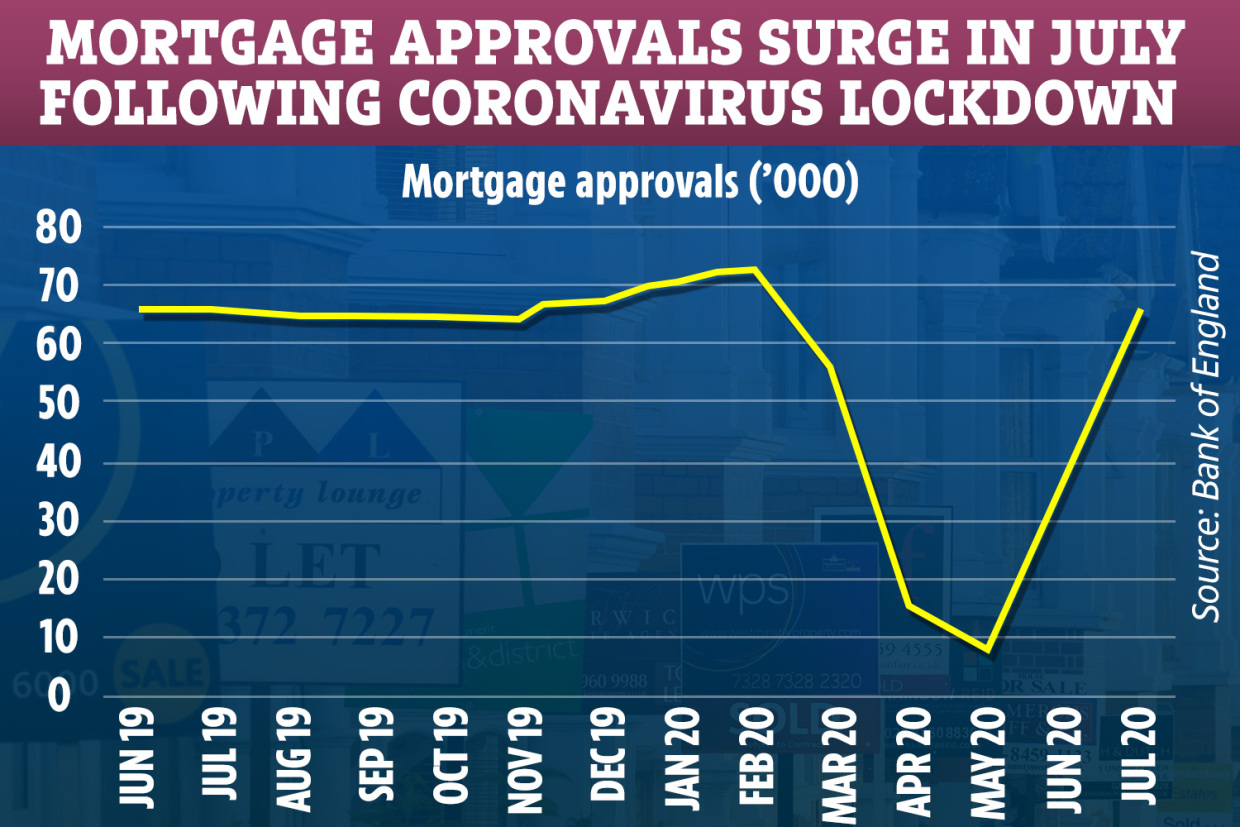 Mortgage approvals surged to a 13-year high after coronavirus lockdown

The housing mini-boom has also sent the number of mortgage approvals soaring to a new 13-year high after lockdown.

But with Brexit continuing to add uncertainty and the stamp duty holiday set to end in March, could the boost be short-lived? We explain what you need to know.

How did the EU referendum affect UK house prices?

After Brexit was first voted for in 2016, there were fears a house price crisis could be around the corner.

House price growth then slowed following the EU referendum, but it still grew and has since increased even further. 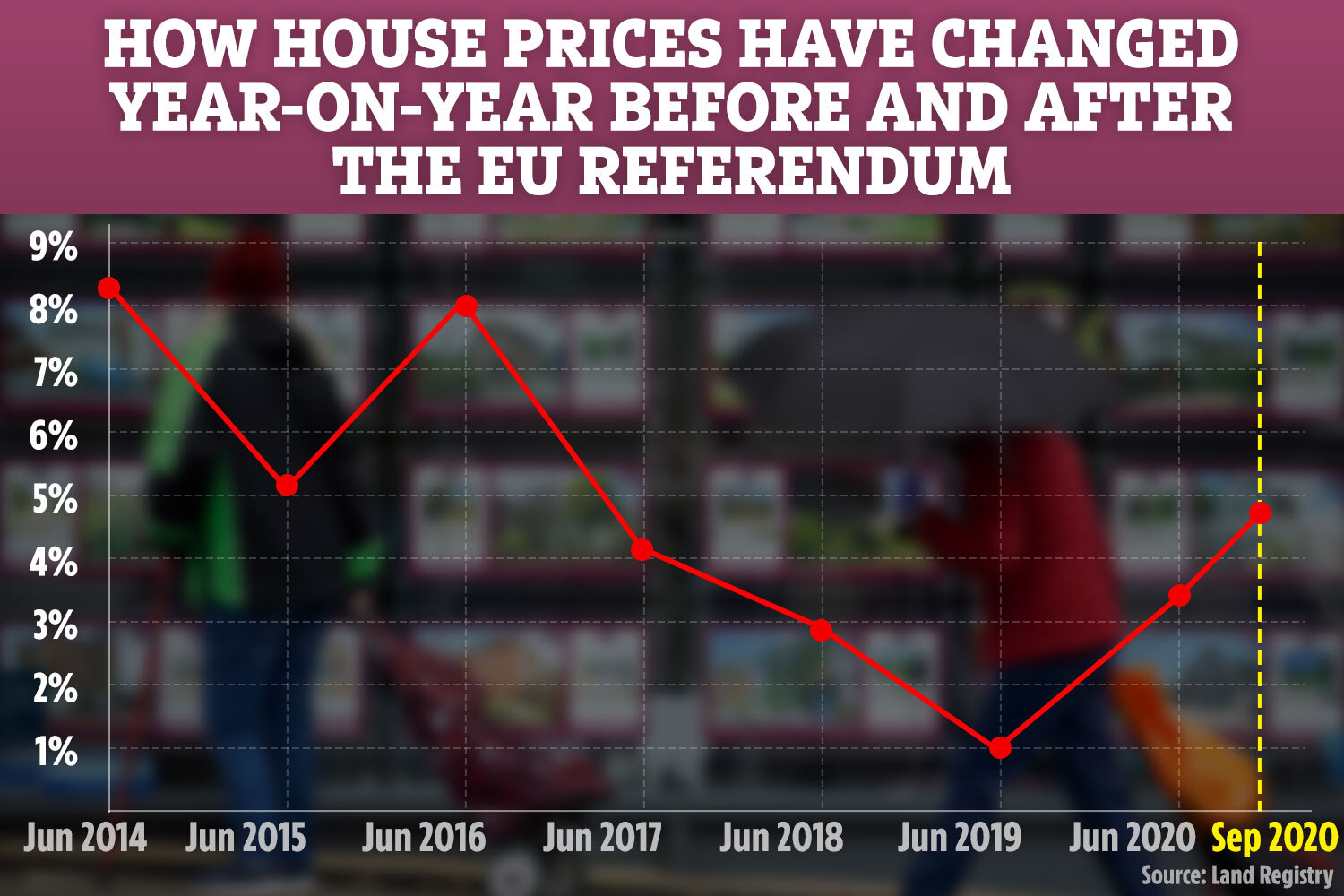 The chart above shows the annual rate of change in UK house prices each year since 2014.

As you can see, the rate of house price growth plummeted in the year after the referendum but is now back above June 2017’s level.

How will Brexit affect house prices?

How Brexit could affect house prices depends on whether the UK leaves the EU with a deal or not.

If there’s a No Deal Brexit, the uncertainty could have implications on decisions by home buyers, said Jeremy Leaf, north London estate agent and a former RICS residential chairman.

However, he also added to The Sun: “If property prices are going to soften, a No Deal Brexit won’t be the only factor behind this.

“It is just as likely to be further lockdowns, economic gloom including the withdrawal of the stamp duty concession, as well as rising employment.”

Paula Higgins, founder of the HomeOwners Alliance, agreed and said any impact of No Deal Brexit will be overshadowed by the more immediate factors.

She said: “History has shown that a No Deal Brexit may not have as much impact as we think it could.

“For instance, overseas investors will be attracted to a weak pound, even with the overseas surcharge of 2% coming into effect in April.”

Anthony Codling, founder of property website Twindig, said housing transactions are more likely to fall rather than prices if Brexit affects the economy.

He said: “After the Stamp Duty Holiday, home buyers are likely to take a wait and see approach to moving home.

“If homebuyers perceive it is business as usual then we would expect the housing market to return to normality and it is unlikely that house prices will fall.

“If a Brexit deal or a Brexit No Deal leads to a rise in unemployment or more importantly a rise in the fear of unemployment, we would expect housing transactions to fall and remain at a lower level until the Brexit dust has settled.

“It is unlikely in our view that house price will fall significantly as a result of Brexit.”

Meanwhile, the Office for Budget Responsibility (OBR) gloomily predicted last month that house prices will fall from the second quarter of next year when the stamp duty holiday ends.

In other words, it’s impossible to know for sure what will happen to the property market next year but it’s worth to keep the various views in mind if you’re looking to get on the property ladder.

The Bank of England (BoE) dropped the base rate – its official borrowing rate – to 0.25% in the wake of the EU referendum to stave off a recession.

Lenders use the Bank of England’s base rate as a benchmark for how much interest they charge on mortgages.

If Brexit causes the pound to drop, the BoE may decided to hike interest rates which will increase your monthly outgoings.

However, due to the pandemic, the BoE is unlikely to hike the rate in the near future. Instead, it has actually hinted at negative interest rates.

Mark Harris, chief executive of mortgage broker SPF Private Clients, told The Sun he expects a “a minor negative impact at worse” if there’s a No Deal Brexit.

He added: “Lenders remain keen to lend and rates are competitive – there are no signs of that changing anytime soon.”

While Mr Codling agreed and said: “Mortgage rates are low and are likely to remain so and will not put downward pressure on house prices.”

Still worried about changes to your mortgage interest rate? You can avoid potential bill hikes by locking into a low fixed-rate deal.

In the first month after the stamp duty holiday was introduced, house prices went up by 1.6% – or £3,770 – on average, Halifax has found.

The tax break is positive for sellers who can seize the opportunity to cash in, but buyers risk paying over the odds if the house price boom doesn’t last.

In November 2018, the Bank of England warned that house prices could crash by 30% in a No Deal Brexit.

AN INGENIOUS former decorator who turned his house into a homage to the Sistine chapel has revealed he is a...