You can buy a Cold War underground bunker in Cornwall for £25,000

Screw saving up for a deposit on a fancy flat.

With that money you can go ahead and get an entire underground bunker near St Agnes, Cornwall.

With all the apocalyptic vibes of the moment, it doesn’t seem like that wild of an investment.

The former monitoring post is accessed down a 14ft ladder, and was used in the Cold War to keep an eye out for aircraft and potential nuclear threats, eventually being closed in 1991.

It was manned by volunteers and is made up of an access shaft, a toilet, and a monitoring room.

It’s accessed down the hatch, by a 14ft ladder (Picture: The Auction House/Apex)

So, no, it’s not kitted out to be a particular snazzy home, but if you dream of living underground, the property could be a good shout.

It’s being auctioned as part of a triangular piece of land, around 0.15 acres, on February 18.

The reinforced concrete bunker, which is accessed down a ‘rustic vehicular track’, would have been one of around 1,500 monitoring posts built in the UK between the sixties and nineties.

‘It’s a little bit eerie when you’re down there on your own,’ said Adam.

‘I’m glad I’ve been down there…[to have] half a chance of explaining it to customers.’

Inside is an old bed and a toilet, neither of which are really ready to be used.

The monitoring post was built during the Cold War (Picture: The Auction House/Apex)

There’s potential to turn the space into something cool – maybe an underground art studio, or a mini studio apartment – but this will depend on planning permission.

Adam added that it is ‘difficult to pigeon hole it onto any one kind of purchaser’, suggesting the bunker could be bought by anyone from a history nerd to a landowner.

‘All kinds could be interested and we’re already getting lots of calls about it,’ he said. 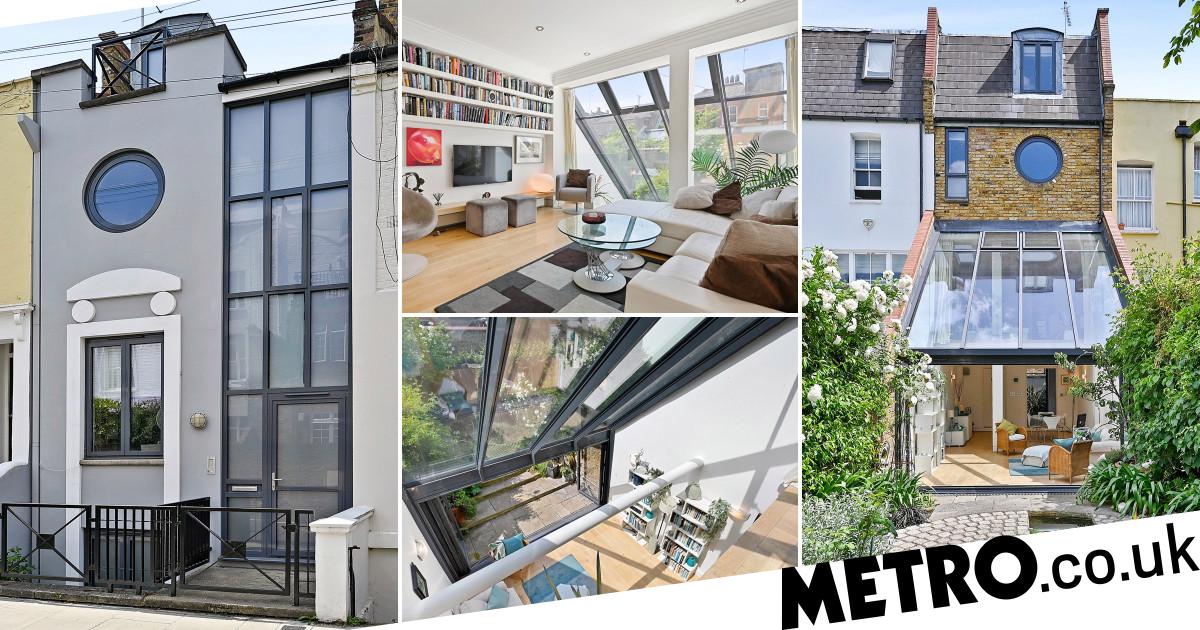