UNDER-18s won’t have to self-isolate if they come into contact with someone who tests positive for Covid from August 16.

Ministers have announced that all children will be exempted from the quarantine rules alongside double-jabbed adults.

Under-18s won’t have to self-isolate from August 16Credit: PA 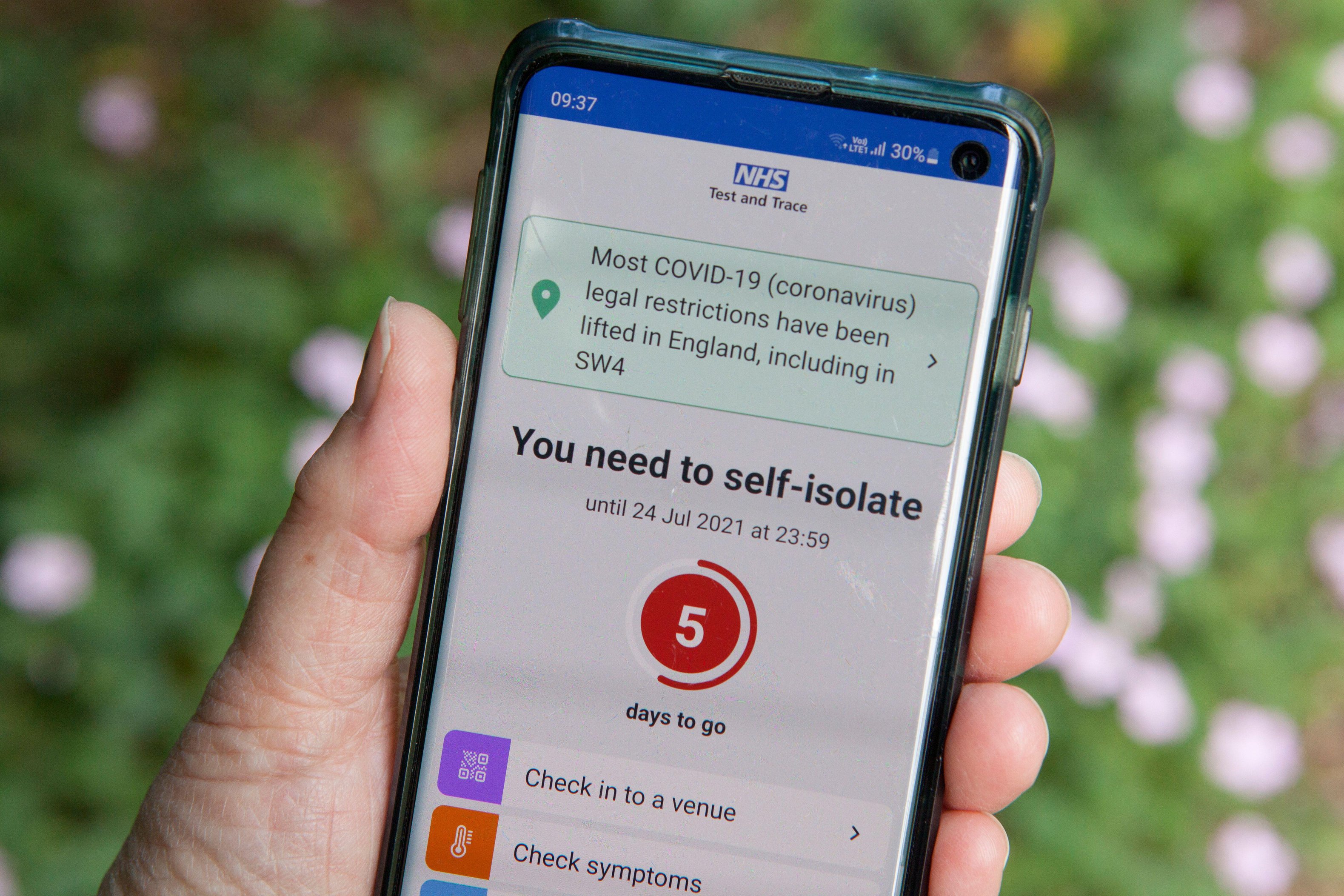 Self-isolation rules for double-jabbed adults will also be scrappedCredit: Alamy

The move is designed to ease the Pingdemic and avoid scenes of chaos at schools with whole year groups being forced to stay at home.

It is revealed in Government guidance on how the final restrictions will be dropped next month.

The note says: “To ensure young people can make the most of their education as restrictions continue to ease, the Government also plans to exempt those aged under 18 from self-isolation if they are a close contact.

“Young people and double vaccinated individuals identified as close contacts will continue to be advised to take a PCR test, to detect the virus and variants of concern.

“Anyone who tests positive following the PCR test will still be legally required to self-isolate, irrespective of their vaccination status.”

Health secretary Sajid Javid said: “Thanks to the UK’s phenomenal vaccine programme and the huge wall of defence, we can safely take steps to reduce self-isolation for people who are fully vaccinated, and those aged under 18, and instead advise people to take a PCR test. Positive cases will still need to self-isolate.

“Step-by-step, and jab-by-jab, we’re replacing the temporary protection of the restrictions, with the long-term protection of a vaccine.”

It comes as a Cabinet minister vowed self-isolation rules that are crippling Britain will be scrapped on August 16.

Business secretary Kwasi Kwarteng pledged the middle of next month will see the “final date” when remaining restrictions are binned.

He said: “I fully expect that the restrictions will be lifted, that is what we are working towards.”

Pressed on whether there would be no more mandatory self-isolation after then, he replied: “That’s exactly right.

“August 16 is the final date, the date where the final restrictions will be lifted.”

His remarks came on another day of Government chaos over the latest Covid rules.

Mr Kwarteng began the morning by warning there was “no guarantee” that the changes would go ahead on August 16.

And he even said they would have to be subject to a review of the data a week before, casting the entire plan into doubt.

But within an hour he had been forced to U-turn and provide the cast iron guarantee the curbs will be dropped next month.

It has also emerged there won’t be any review point for the changes.

The shambles comes amid fears supermarkets will face big food shortages within 48 hours because of the huge numbers of workers self-isolating.

Mr Kwarteng said shoppers “shouldn’t be panicking” and the Government is “not looking at bringing in troops” to secure food supplies.

He said a list of key workers who will be exempt from the quarantine rules is being drawn up by No 10.

The business sec initially couldn’t say when it would be published, before later insisting the document will arrive today.

But he then warned the scope of the exemptions will be “very narrow”.

He admitted to being “very concerned about the situation” in shops but insisted Brits will have to stick to the rules for several more weeks.

The business secretary slapped down claims by his deputy Paul Scully that people could make an “informed choice” not to isolate if pinged by the app.

He said: “It’s not a personal choice. If you’re pinged you should self-isolate.

Some shops, petrol stations, and public services have been forced to shutter because of a lack of staff due to the Pingdemic.

Iceland have said it has closed “a number of stores” with 1,000 workers – four per cent of its workforce – forced to self-isolate after being pinged.

BP has temporarily closed some stations due to fuel supply problems, with M&S warning 20 per cent of its staff could be self-isolating by next month.

More than a third of the Dorset Police control room staff are off work after being ‘pinged’ or showing Covid symptoms.

And some London Underground lines are having to shut early this week because the number of staff having to quarantine is now so high.

He called for “urgent clarity” from the government on exempting retail workers and HGV drivers from self-isolating if pinged.

And he urged Brits not to panic buy if shortages appear on shelves.

Mr Walker told GMB: “Individuals have a large role to play to shop responsibly. Panic buying is only an option for those who can afford it.

“Once shelves are stripped bare it is the most vulnerable that actually suffer.

“There is no need to panic buy.”