POP-UP postcode lockdowns could be used to squash future outbreaks of new Covid variants under plans to end the national lockdown.

The PM has instructed Whitehall to come up with the blueprint after saying he wants to lift nationwide restrictions for good. 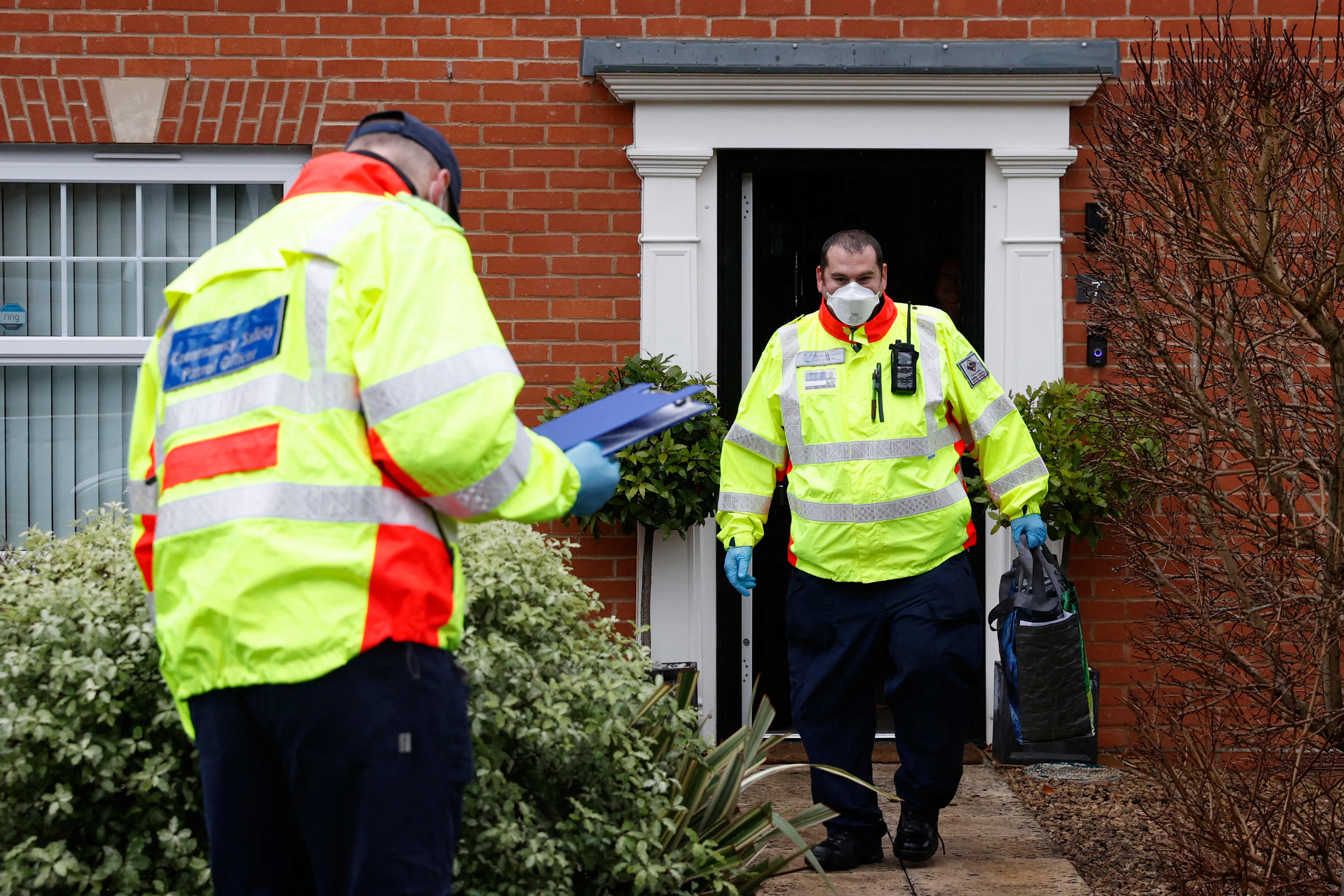 Local lockdowns could be used to stop new variants in their tracksCredit: AFP or licensors

It will be built on the experiences of last year’s tiers system and this month’s localised mass-testing effort to contain the South African variant.

Targeted shutdowns would be imposed in post-codes where new variants are identified to stop the spread of potentially vaccine resistant mutations.

They will be accompanied by surge testing and a detailed contact tracing system to try and squash any outbreaks early on.

The plan could be announced by Boris Johnson during next Monday’s speech detailing his roadmap out of lockdown, according to the Times.

This morning Care Minister Helen Whately also suggested localised lockdowns will be a key tool in keeping the virus under control.

She told Sky News: “We have clearly learnt a huge amount. We learnt during the summer about how to manage localised outbreaks and take that approach.”

The PM has said he wants the exit from the national lockdown to be “irreversible” which is why he’s taking a “cautious” approach.

But senior Government sources said he was aware there might still be the need for swift local crackdowns in future.

One said: “Clearly it is not a problem at the moment because of the existing lockdown restrictions.

“But there is a big question about what you do when lockdown does start lifting and we see variants that we have concerns about.

“It is definitely something that we’re aware of that will need to be considered.

Another said ministers are still deciding the form local curbs would take, and if they would “retain the stay-at-home-and-get-a-test message.”

Residents in a number of postcodes across the country where variants have been detected have been told not to leave their houses.

One minister even said people in such areas should raid their cupboards for leftovers rather than going to to the shops for food. 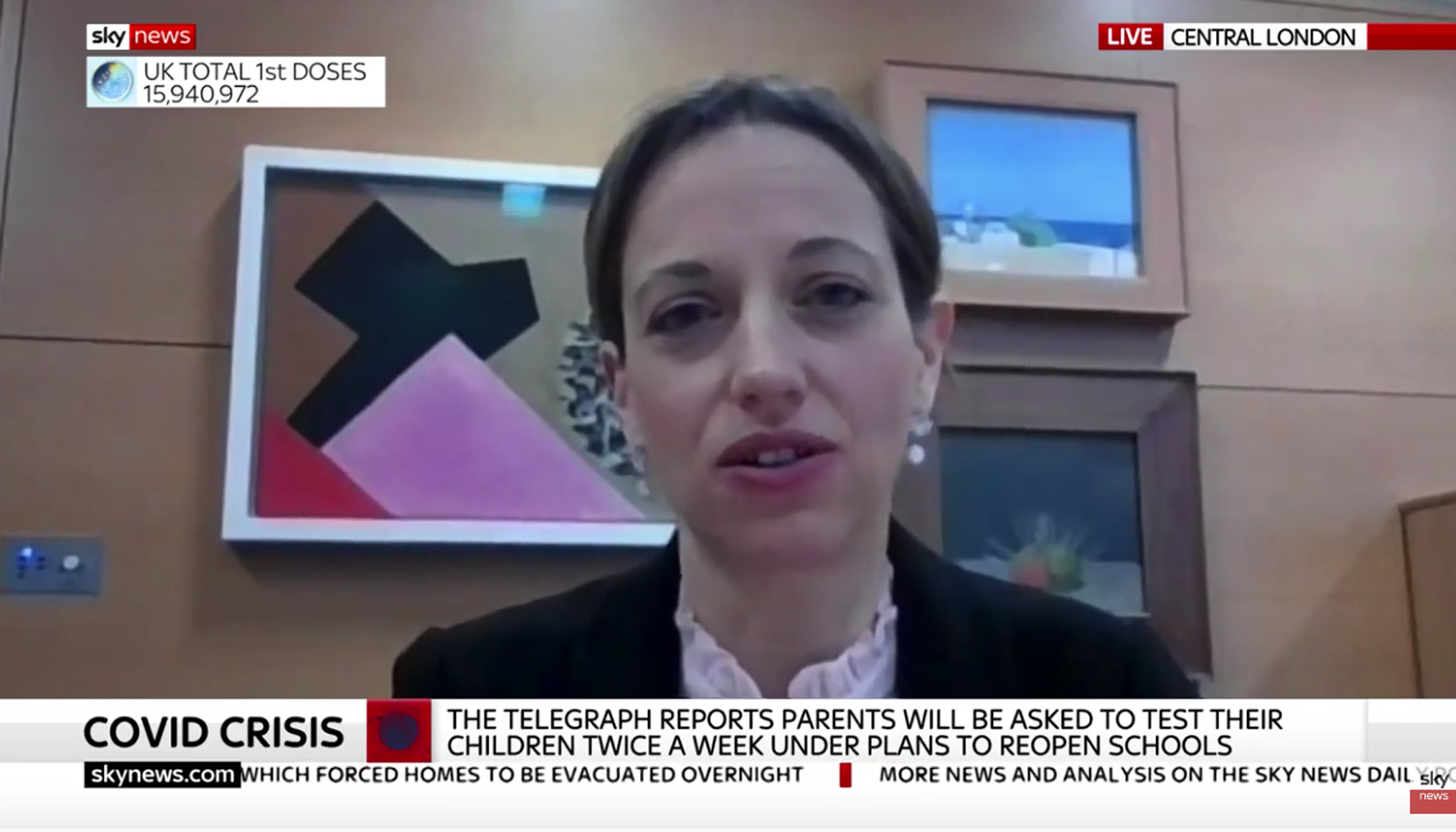 Ms Whately said ministers “want this to be the last ever national lockdown” so the country will leave it “cautiously” and “step by step”.

But she was upbeat about the prospects that widespread curbs on daily life won’t have to be reintroduced in future.

She said: “The important thing is that in the weeks and months ahead we take the steps to come out of lockdown, to move on from the restrictions we’ve had to have over most of the last year.

“We’re in a much much better place now. We’ve had nearly 16 million people vaccinated – that’s a huge deal.

“We have an enormous testing capacity as well, we’ve learnt a huge amount about the virus, we’ve got better treatments for it as well. So I see us being in a much better place as we come through this.”

Meanwhile, a top scientist warned people to expect further mutations this year as the virus responds to the vaccine rollout.

Sir John Bell, regius professor of medicine at the University of Oxford, said some mutations have “quite profound resistance” to existing immunity.

He told the Commons science committee: “We need to be ready to make new vaccines if we need them, but I am pretty clear our existing vaccines are going to work to some extent.”

Professor Dame Angela McLean, the deputy chief scientific adviser, told the same MPs there needs to be a “long gap” after reopening schools before any other parts of the economy are unlocked.

But Professor Mark Woolhouse, who advises the Government on the pandemic, said ministers should not “ignore good news” about the vaccines success.

He said: “If you’re driven by the data and not by dates, right now, you should be looking at earlier unlocking.”

And he said there is no evidence to suggest busy outdoor spaces, such as “crowded beaches”, are linked to outbreaks of the virus.

Boris Johnson to reveal lockdown roadmap: A look at what we do and don’t know for certain