GUNG ho Aussie politicians have deployed the army and helicopters to order people to go home in what is one of the world’s strictest Covid lockdowns.

One man caught a chopper shouting out stay-at-home orders from a loudspeaker and shared it online.

One man watched on in disbelief as a police chopper told him to evacuate the park he was strolling throughCredit: Twitter/@OzraeliAvi 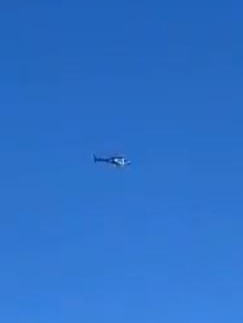 A picture of the helicopter ordering people to go homeCredit: Twitter/@OzraeliAvi 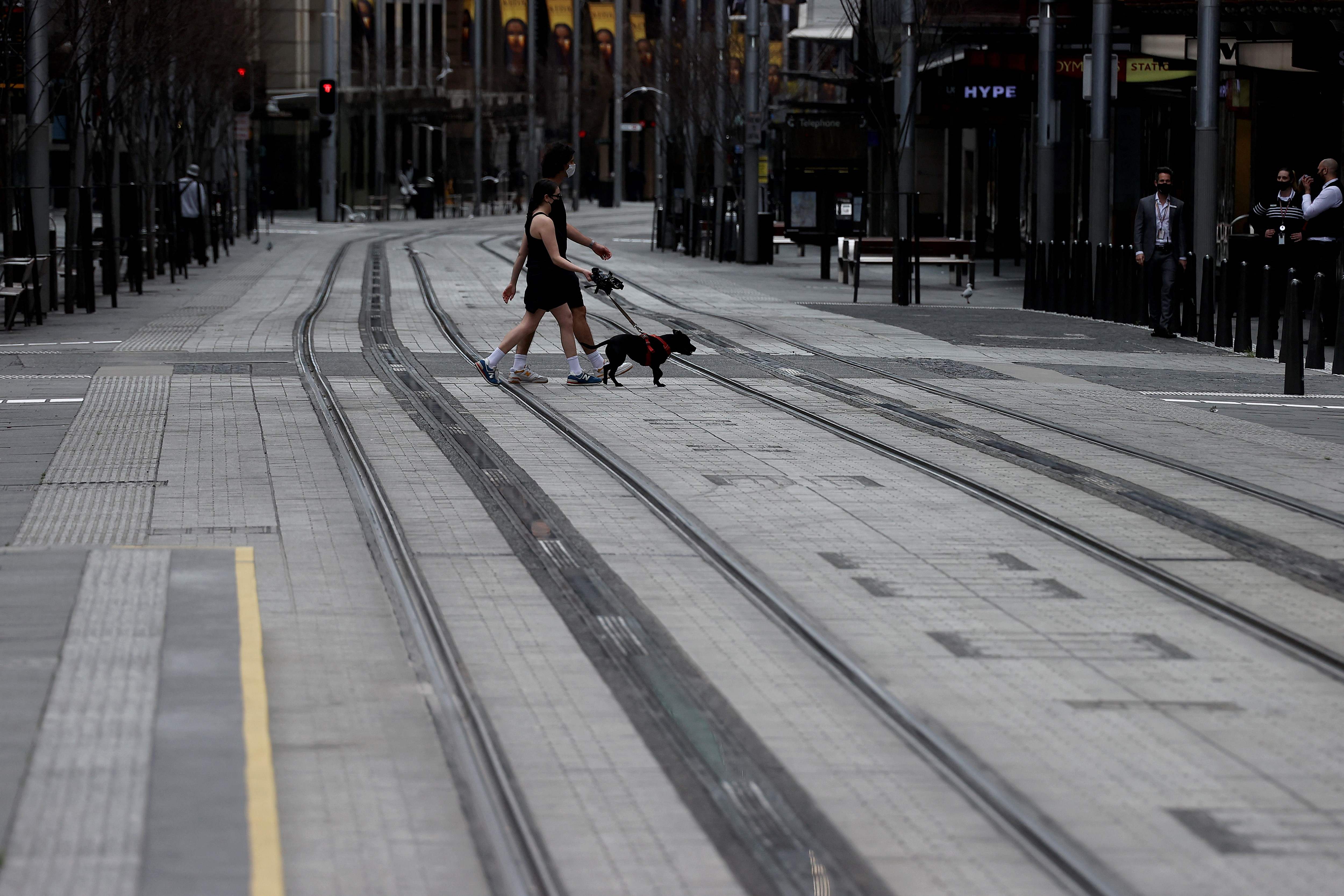 Sydney is under lockdown following a worrying surge of cases of the Delta variantCredit: AFP

In footage, a blue and white helicopter circles the Aussie who blurts out “What the F**K!” as he’s warned that local police would find him and issue a fine.

Australia is enforcing one of the most severe lockdowns in the world and recently called in the military to help enforce its “Zero Covid” strategy.

Under the Government’s policy, rule-breakers caught ignoring the latest regulations will be slugged with a £265 ($500) fine.

Borders remain shut until the percentage of the population to receive both jabs jumps from the current measly number of 17 per cent to 80 per cent.

On Saturday, up to 1,300 police swarned Sydney and set up roadblocks in a massive show of force to stop a repeat of last week’s violent anti-lockdown protest.

Some 300 unarmed army personnel will also help police go door-to-door to ensure people who have tested positive are self-isolating.

Meanwhile, 250 fines were issued and Aussie authorities have made testing and mask-wearing outdoor mandatory.

New South Wales police commissioner Mick Fuller told a news conference: “The sheer volume of increase over the last week, the level of compliance has gone from hundreds into thousands.”

Australia has been praised for its handling of the pandemic, with the Pacific nation reporting just over 34,000 cases and fewer than 1,000 deaths.

However, politicians have copped flack from the public over the sclerotic roll-out of vaccines.

Tens of thousands of maskless protestors took to the streets in Melbourne and Sydney last weekend to oppose the government’s latest round lockdown restrictions amid a surge of cases of the Delta variant.

More than half the country’s 25million people have been ordered to stay at home over an outbreak which began in Sydney. 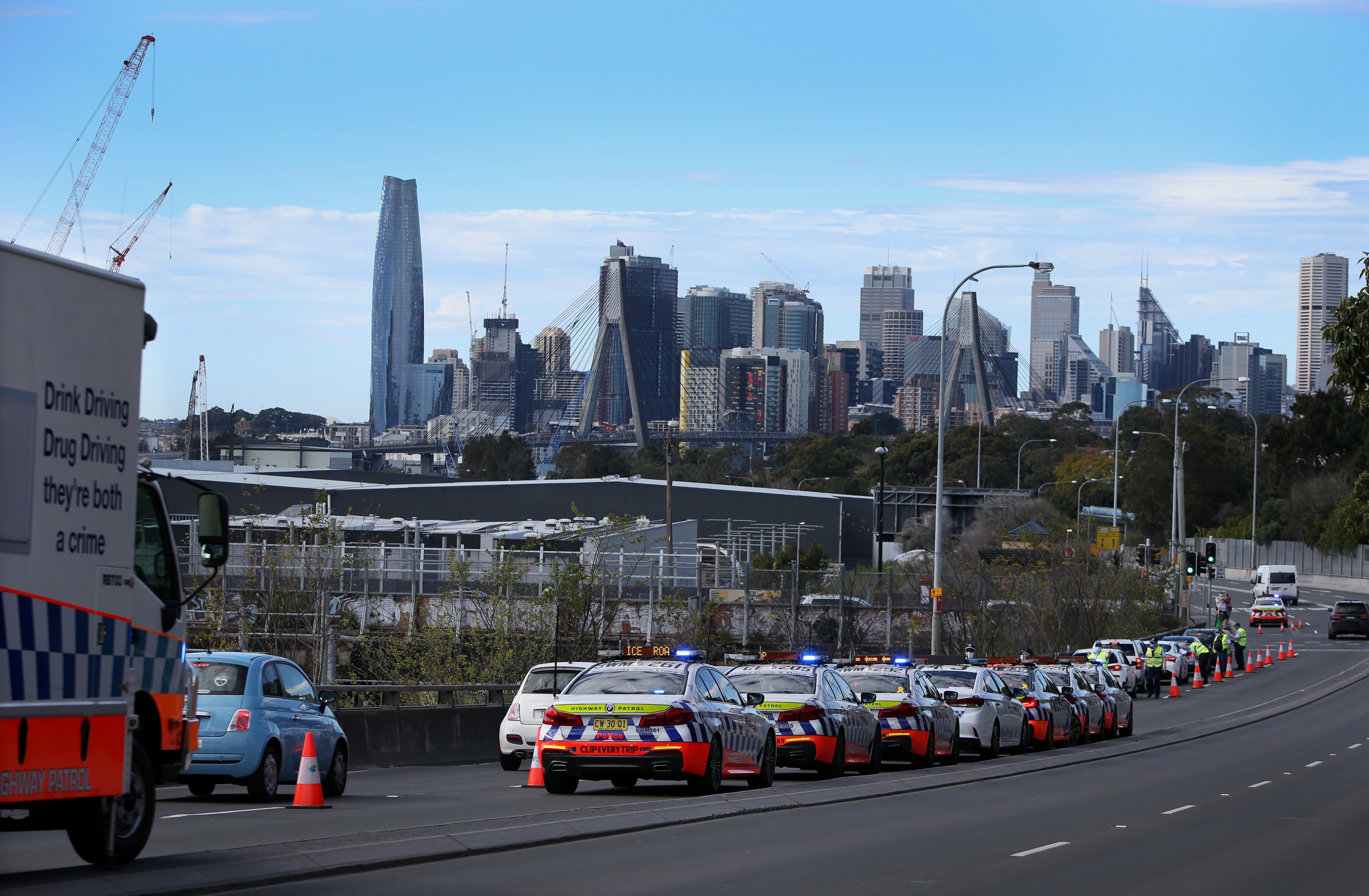 Police have set up blockades to stop a repeat of last week’s violent anti-lockdown protestsCredit: Getty

Officers confirmed more than 60 arrests had been made after objects were thrown, including one who allegedly launched a bollard at a policeman, while others were seen punching horses.

Police have now warned that the huge crowds gathered for the protests could see Victoria’s lockdown extended.

The state’s chief health officer Brett Sutton also hit out at protesters, saying the demonstrations would not free Australians from Covid, and warned the pandemic was far from over.