MAYOR Bill de Blasio has been slammed for dancing in deserted Times Square on New Year’s Eve as Covid-ravaged New Yorkers continue to be locked down.

The New York City mayor slow-danced with his wife Chirlane McCray after the crystal ball dropped at midnight. 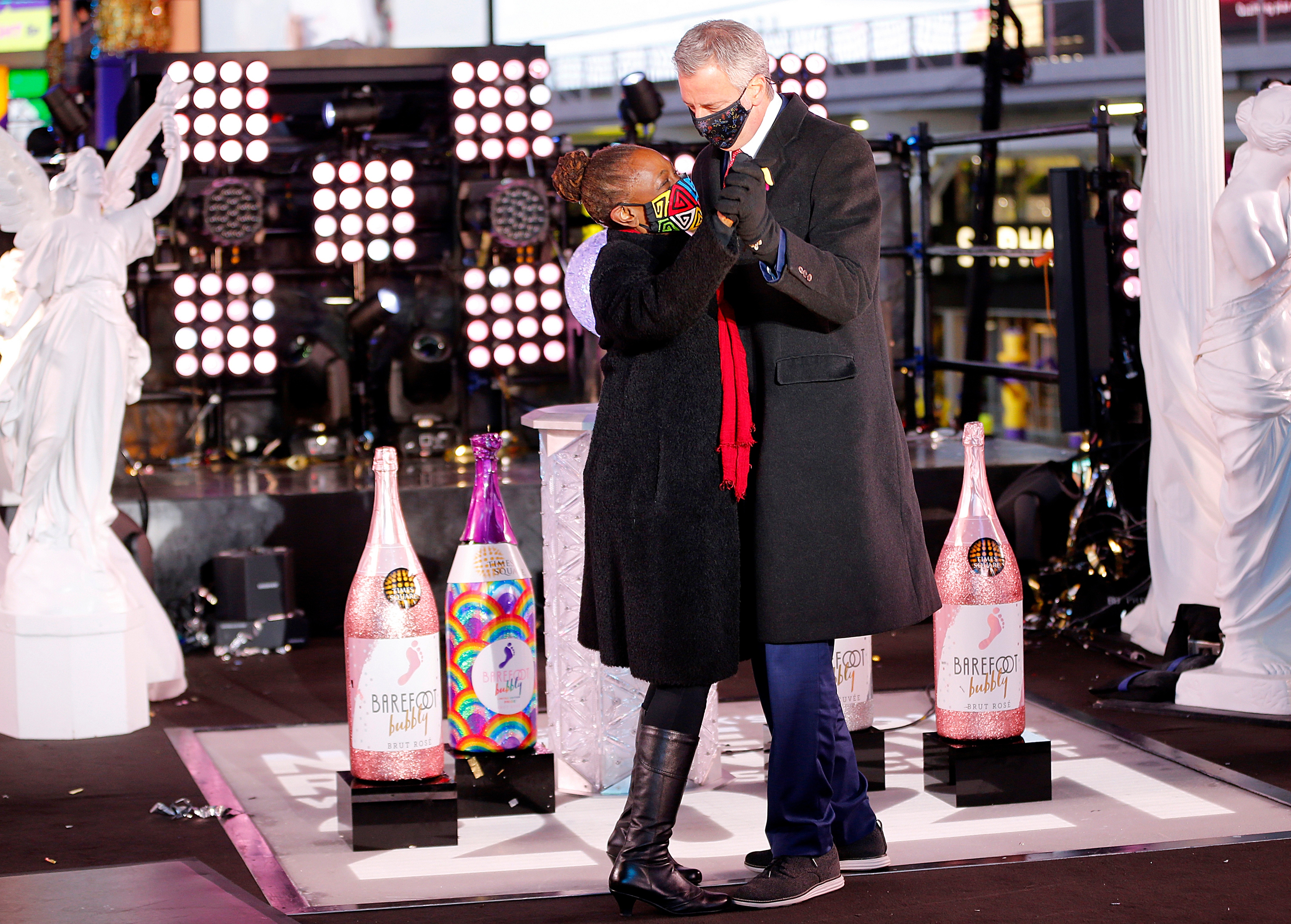 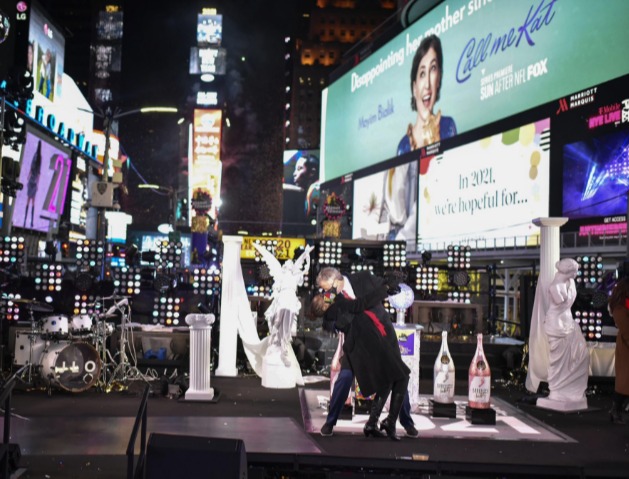 Frank Sinatra’s famous song New York, New York played throughout an empty Times Square on Thursday night as de Blasio had one hand placed gently on his wife’s back while they rocked back-and-forth.

The NYC Mayor’s Office tweeted a 21-second video of the couple’s celebration in the early hours of January 1, 2021 – prompting social media backlash.

“Happy #NewYear from the greatest city in the world,” the office wrote to Twitter.

De Blasio and his wife were both wearing masks as they danced on a stage in Manhattan’s major commercial intersection. 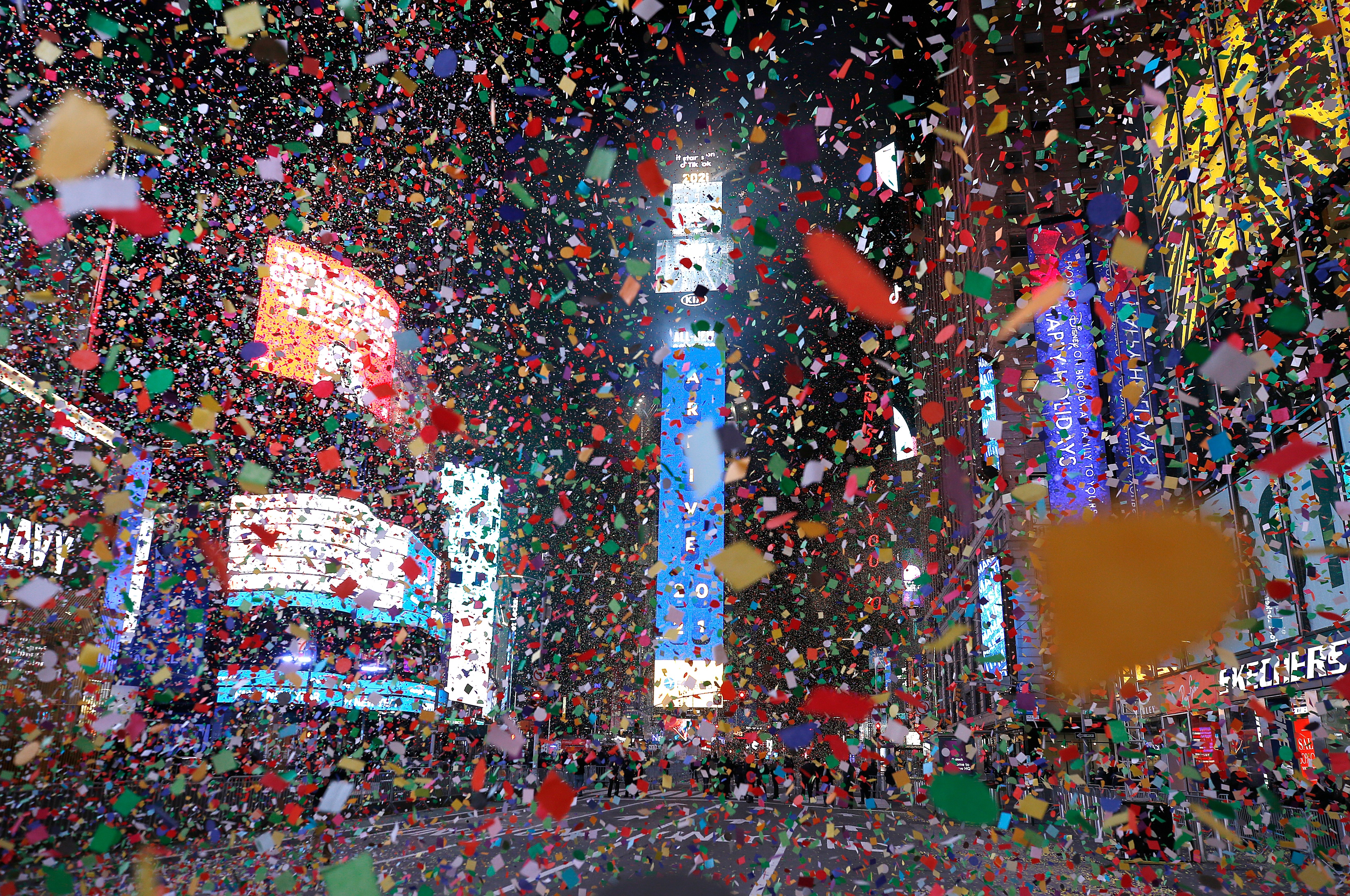 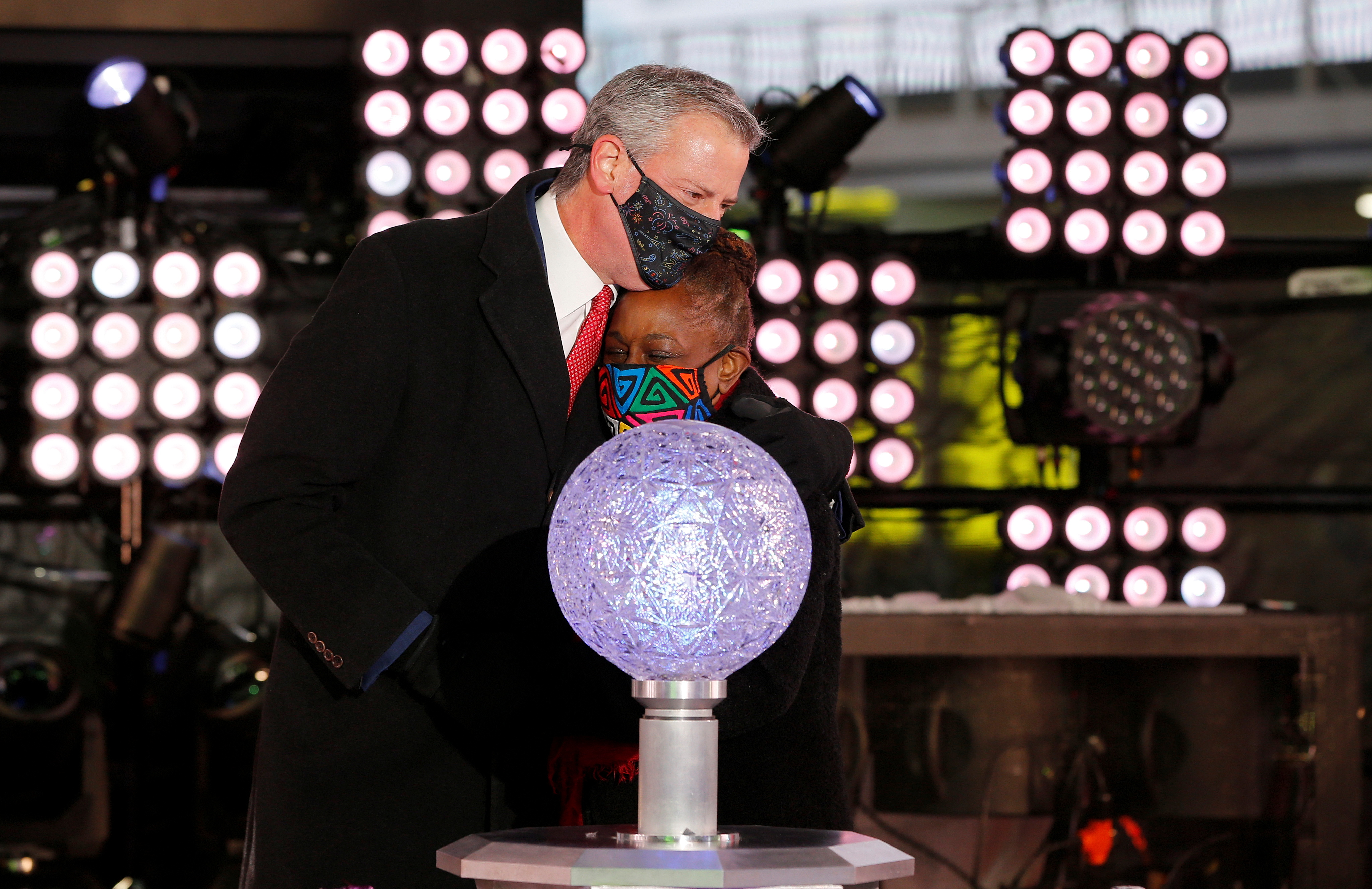 The mayor’s beloved city was empty for the ball-drop as millions were forced to celebrate at home during the ongoing coronavirus pandemic.

As of 11am on Friday morning, the video clip obtained more than 450,000 views and hundreds of disapproving comments.

One social media wrote to Twitter: “Makes me sick, please resign. Thanks.”

Another tweeted: “This is like if George Bush had danced on the rubble of the World Trade Center.” 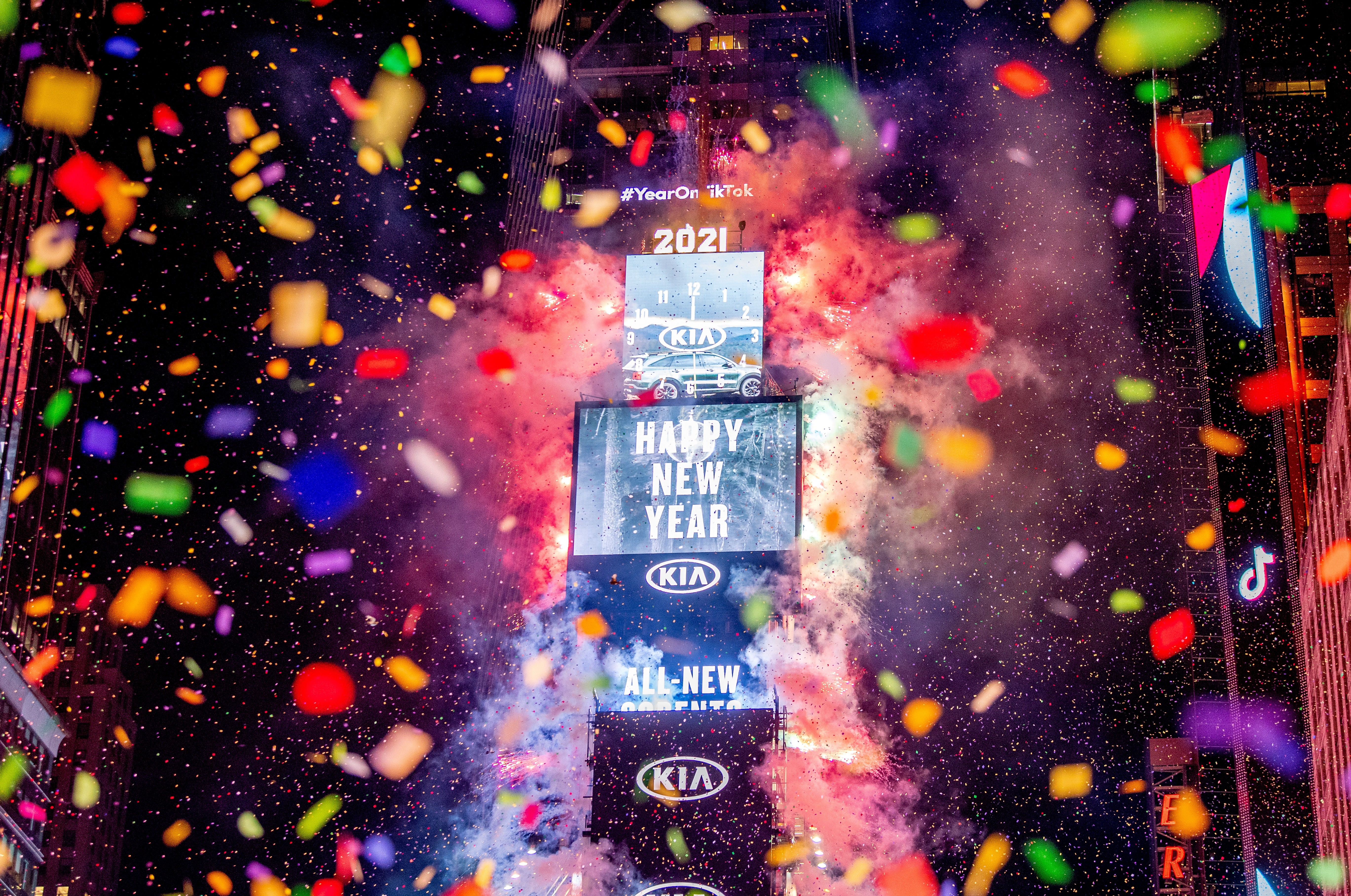 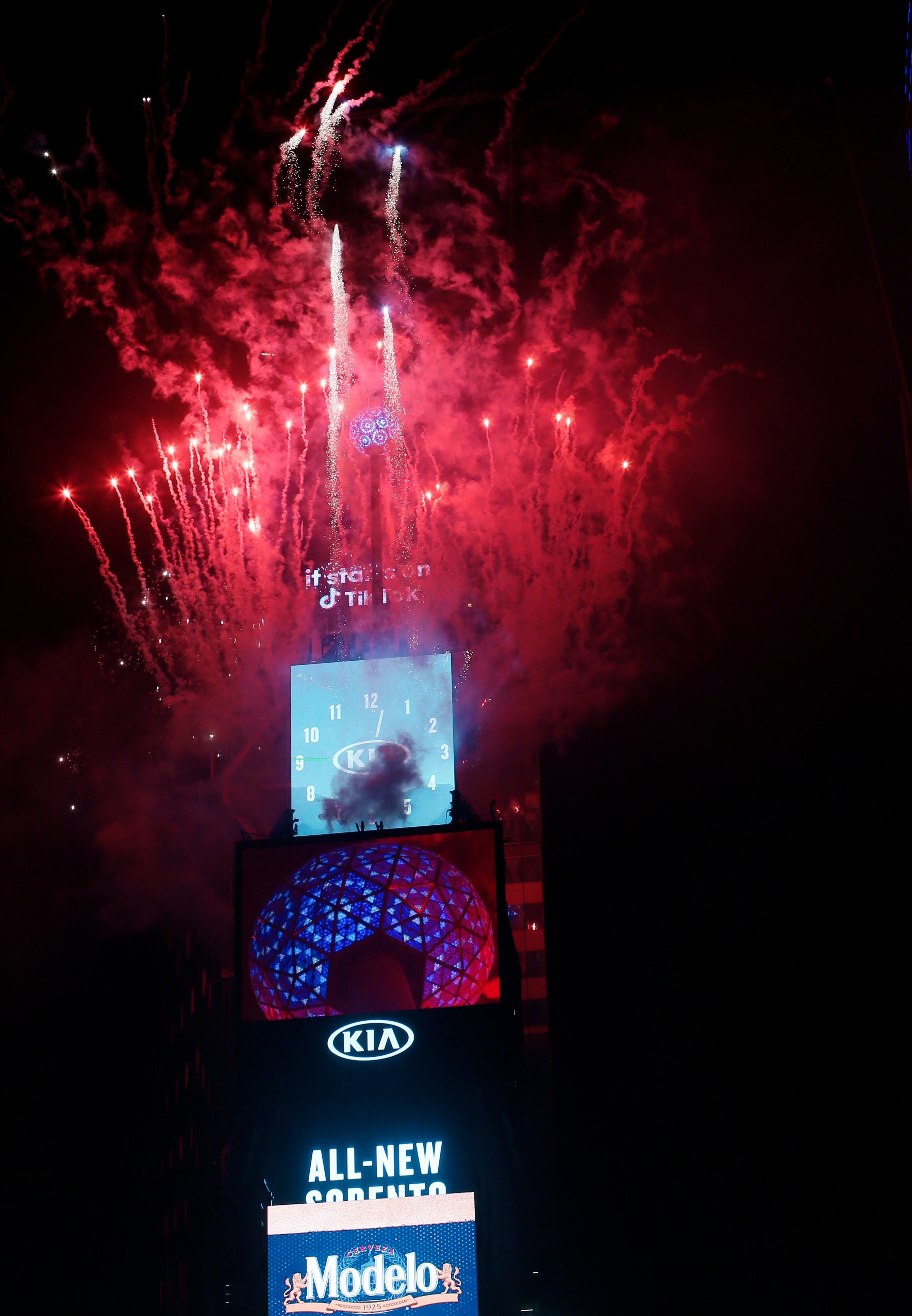 The NYC mayor’s beloved city was empty for the ball-dropCredit: Splash News

“On behalf of all New Yorkers and people who were told to stay home on New Years Eve…. GO F***YOURSELF!” another Twitter user commented.

One angry commenter wrote: “Shut down the city but have your own private party in Times Square. What a clown of mayor. The greatest city in the world deserves better.”

Meanwhile, Andy Cohen, the co-host of CNN’s New Year’s Eve Live show, also had some harsh words to say towards the NYC mayor.

Cohen, 52, denounced the mayor’s midnight dance after having a drink with his co-host Anderson Cooper, who seemed agitated as he gagged after swallowing whatever he ingested.

Cohen lifted his hands in the air as he criticized Mayor de BlasioCredit: CNN 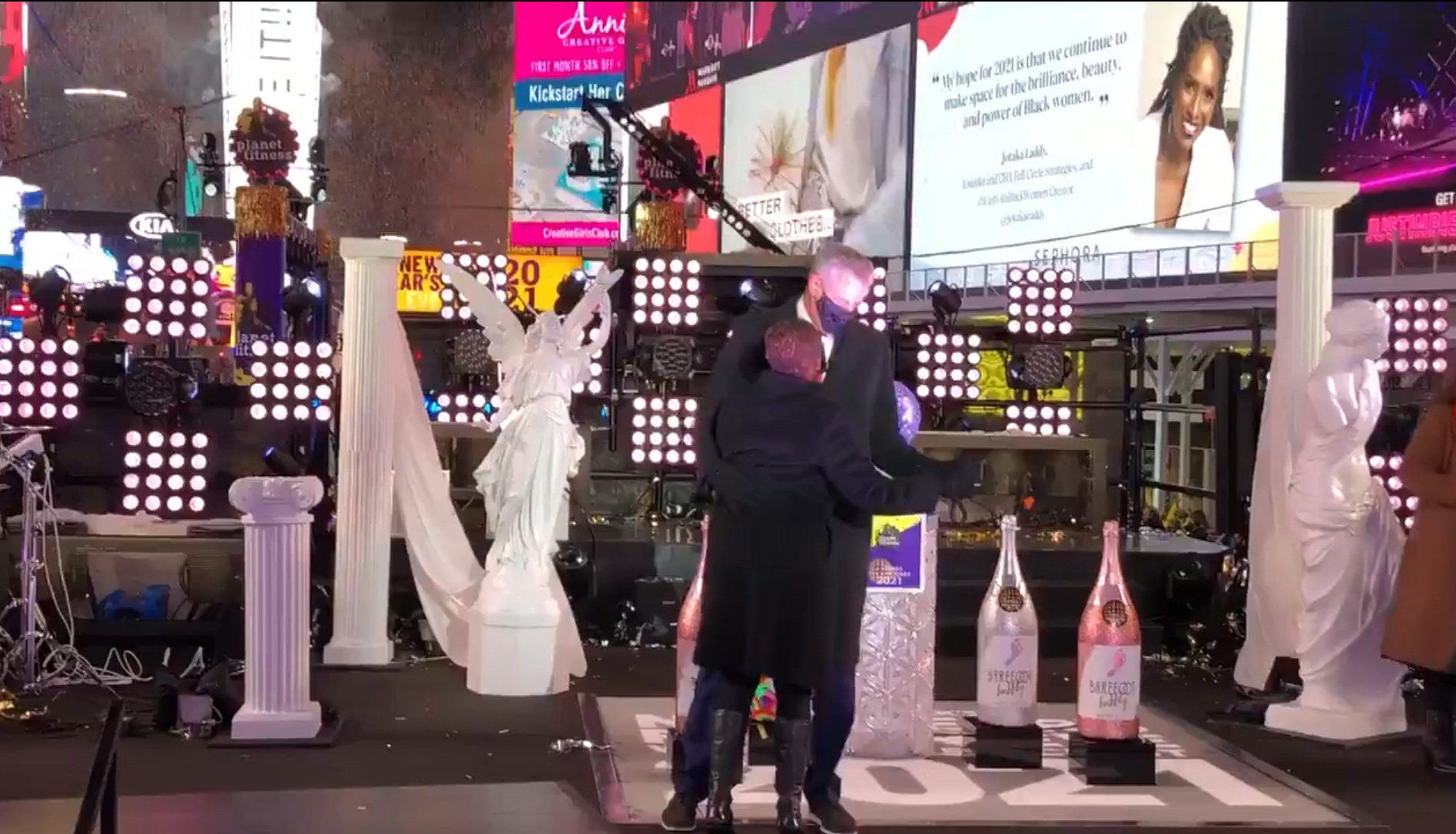 Andy Cohen yelled: ‘Do something with this city! Honestly, get it together!’Credit: CNN

Cohen then lifted his hands up, looked in the air, and raised his voice.

He yelled: “Do something with this city! Honestly, get it together!”

Before denouncing the mayor, Cohen – donning a bright red, hooded-jacket – celebrated the close of 2020.

“And 2020 is freakin’ gone. We flushed it down the toilet like the fecal mess that is was.”

Co-hosts Andy Cohen and Anderson Cooper shared a drink together after the ball-dropCredit: CNN

Before taking a drink, Cohen said: ‘And 2020 is freakin’ gone. We flushed it down the toilet like the fecal mess that is was’Credit: CNN

“As a city, as a community, we have been through so much this year. We showed our resolve and proved New York City will come back stronger than ever.”

His post was also hit with critical commentary, reading, “This is the year we get rid of De Blasio! Countdown until November!” and “You have destroyed this city.”

The mayor pushed the Waterford crystal button to prompt the NYE ball-drop and his dance moves – as the United States rang in the new year under a shadow of Covid. 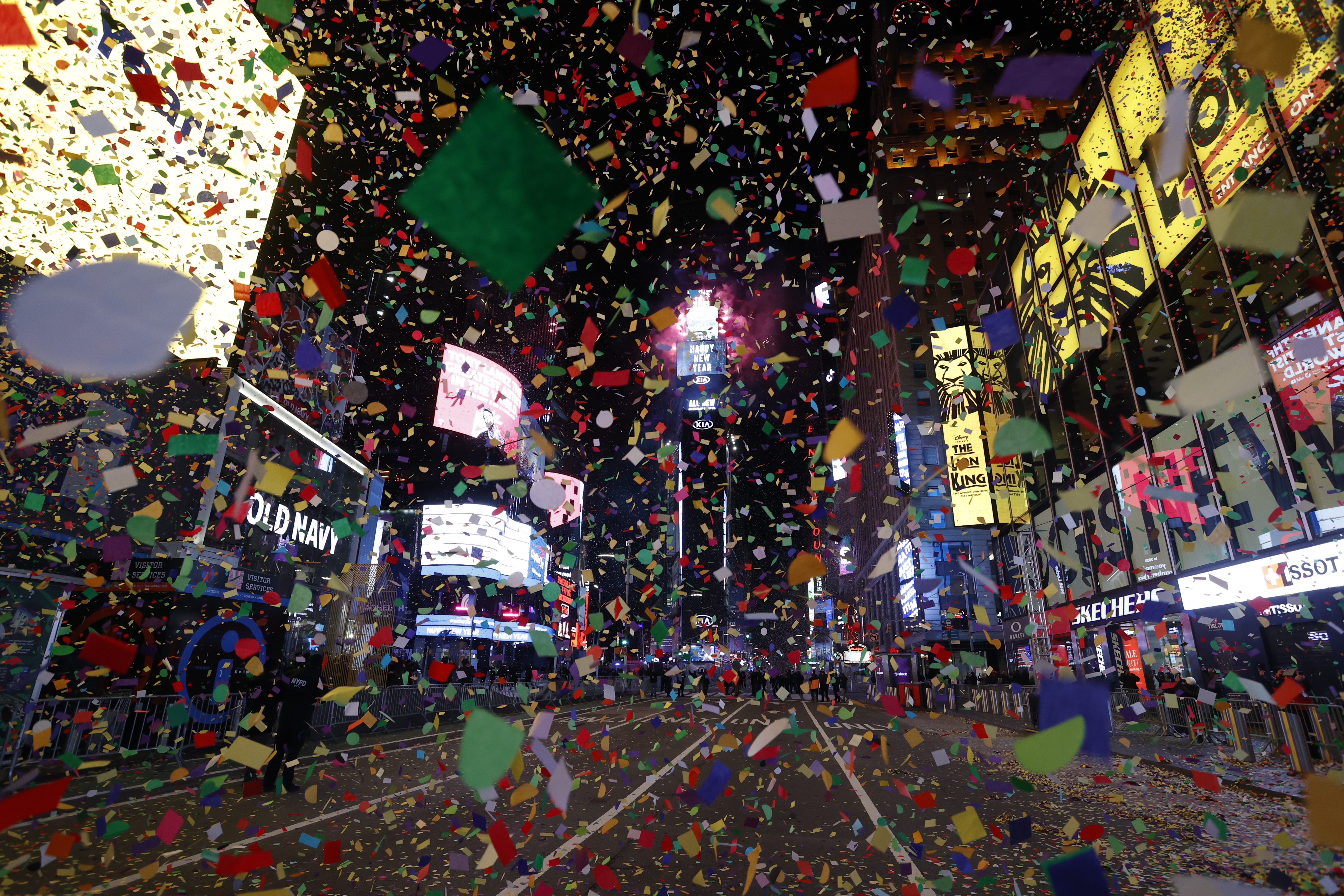 An empty Times Square is seen after the NYC ball-dropCredit: EPA 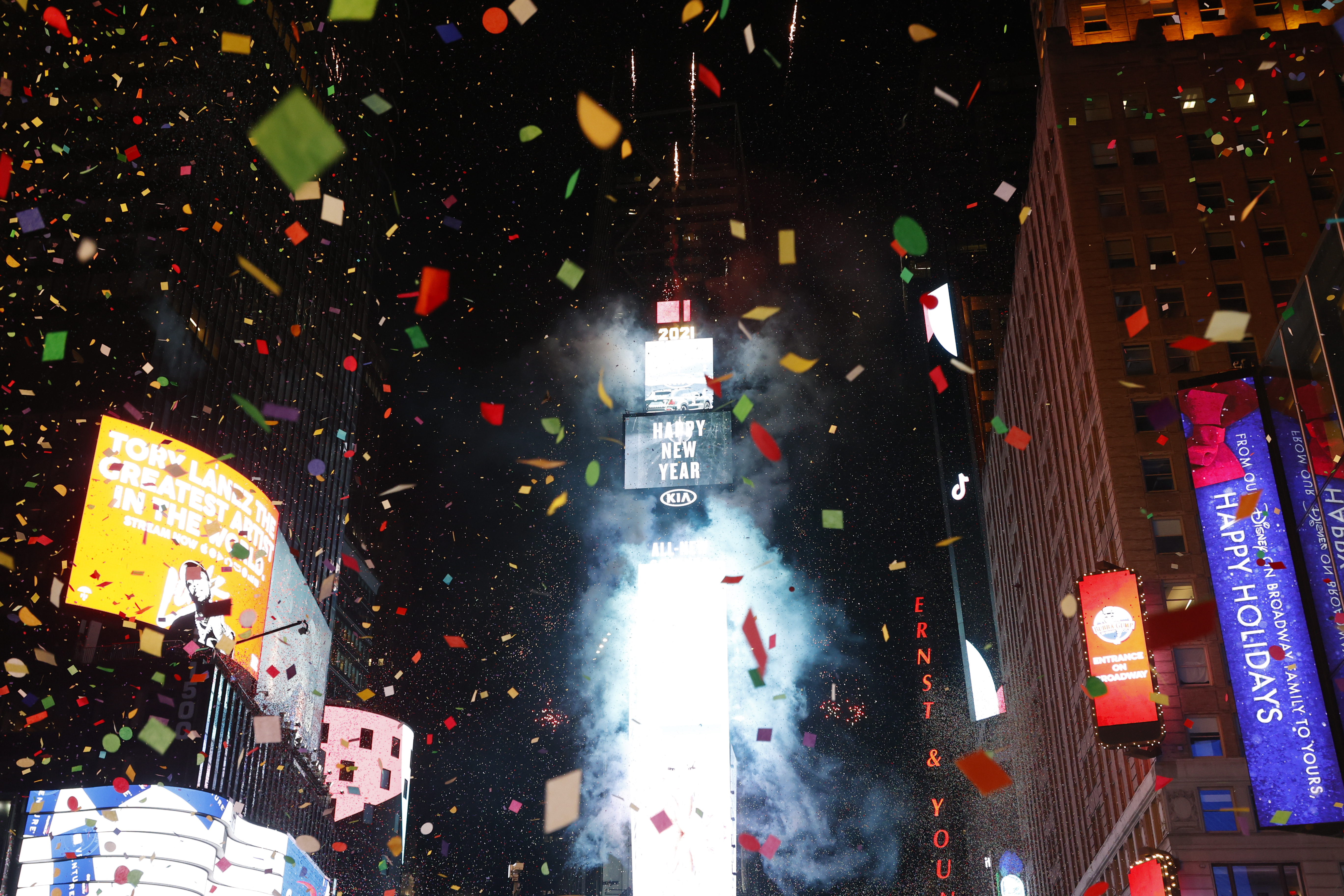 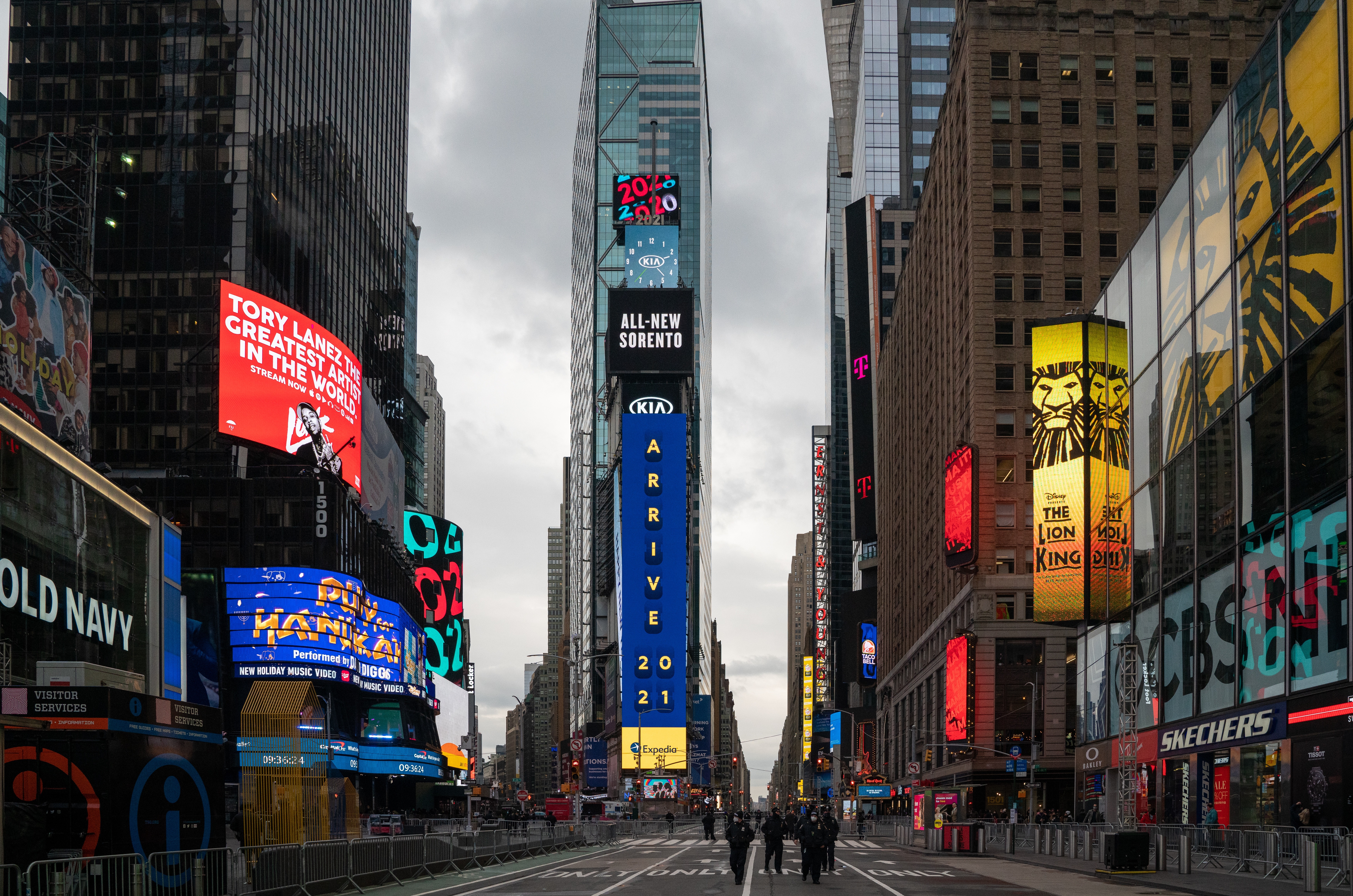 Many Americans looked forward to the start of 2021, as the 2020 came to a close as the US recorded at least 19.7million confirmed coronavirus cases and 342,414 Covid deaths.

As a “Super-Covid” strain, which is believed to have originated in the United Kingdom, is making its way across the nation, many have chosen to celebrate New Year’s Eve from the comfort of their homes.

New York City’s Times Square was an unusual sight to see as it was closed to the public leading up to the annual ball drop. 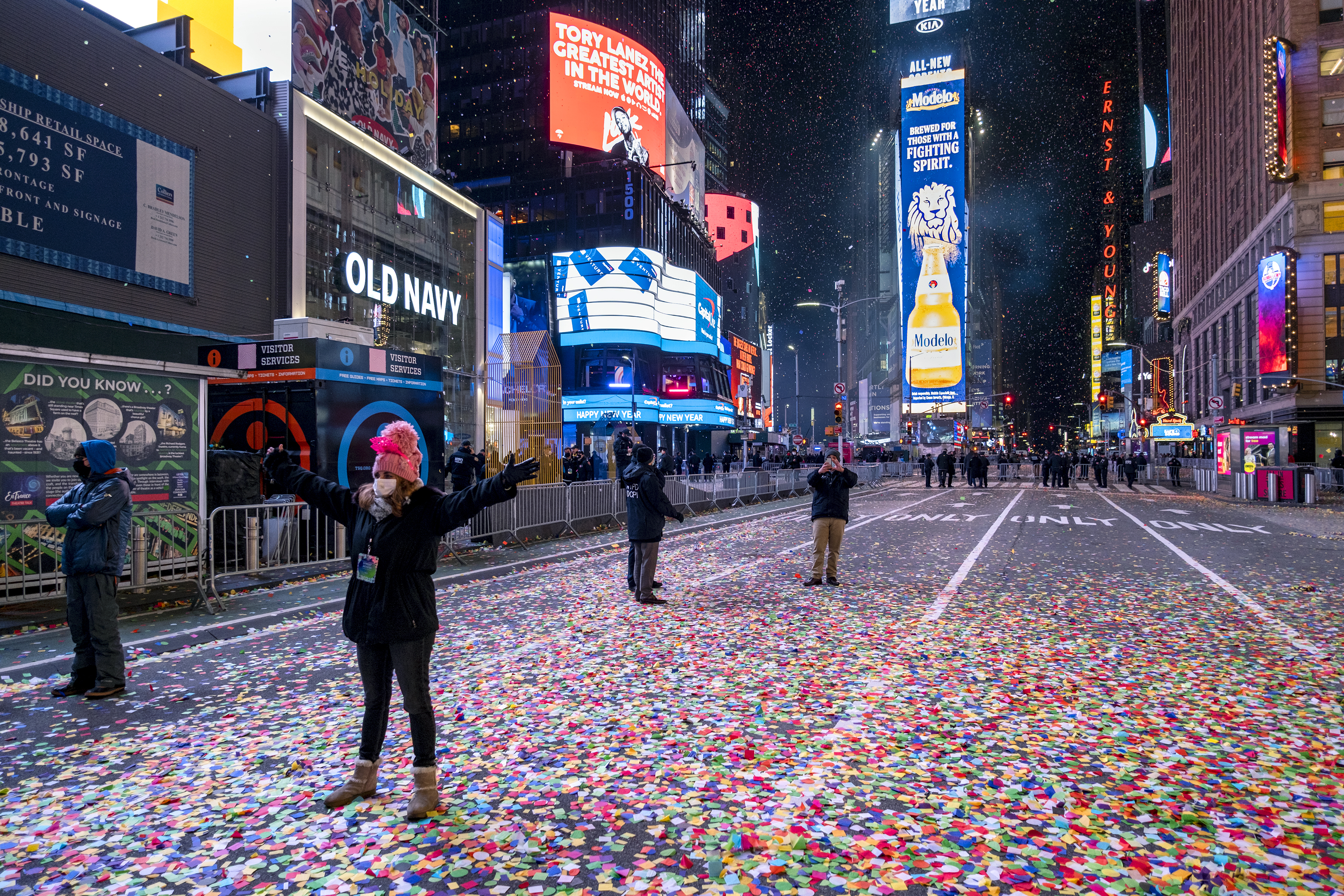 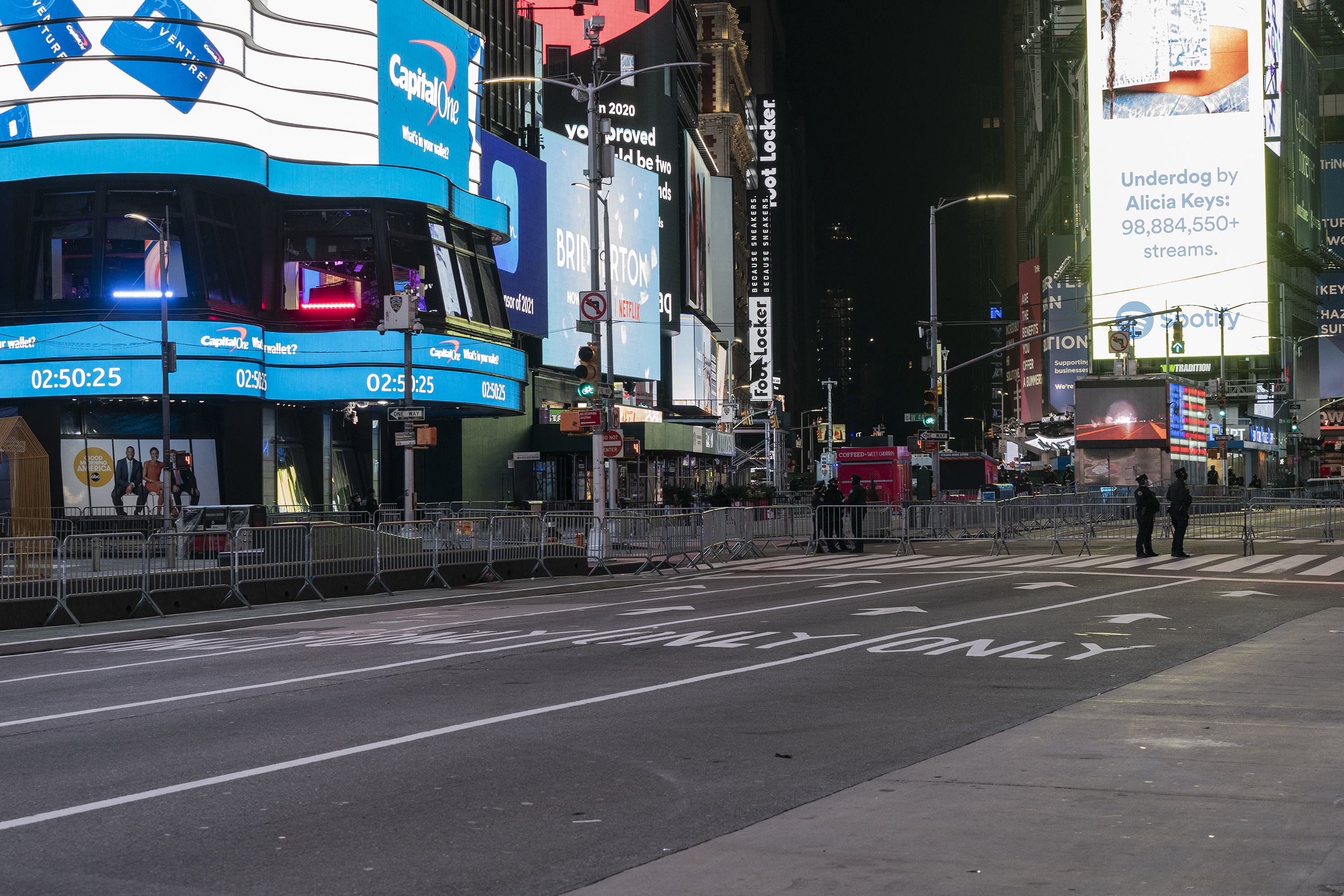 Times Square as seen on Thursday nightCredit: The Mega Agency

Prior to the ball-drop in NYC, President-elect Joe Biden and his wife, Dr Jill Biden, experienced a confetti popper mishap after urging Americans to get vaccinated against Covid.

The awkward moment took place on live TV as the former vice president, 78, and his 69-year-old wife appeared on ABC.