THE COVID pandemic saw many of us turn to takeaways to relieve utter boredom or stress.

As a result, people could be at risk of an agonising condition which has surged in the past three years.

Gorging on foods during the pandemic may have contributed to soaring cases of goutCredit: Alamy

Gout, a common form of arthritis, causes episodes of extremely achy joints for around one week.

It can be triggered by indulging in delicious foods, drinking alcohol and being overweight.

Figures show that hospital admissions for the disease have risen by 20 per cent in three years, The Telegraph reported. 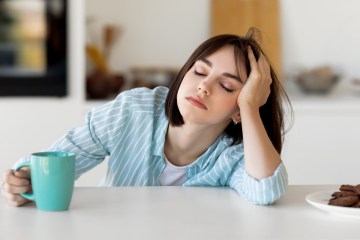 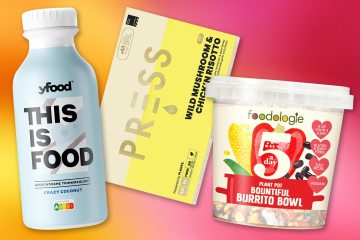 The figures from NHS Digital follow a significant rise in obesity over the same period.

Already around up to two per cent of the British population suffer with gout.

Gout is historically “the disease of kings” because it only affected those who were rich enough to eat feasts of food.

Tam Fry, from the National Obesity Forum, said: “Forget Falstaff, Henry VIII and the rich Victorians who made gout infamous.

“Today’s Elizabethans are eating and drinking them all under the table.”

Experts said many different factors may be behind the rise – lower levels of exercise, spending more time sitting around, takeaways, boredom and general uncertainty.

The three leading food delivery apps — Deliveroo, Uber Eats and Just Eat — have seen demand surge since the start of the pandemic.

The World Health Organisation (WHO) has warned that Britain will become the fattest nation in Europe by the early 2030s, with 37 per cent of adults classed as obese.

Women and adults under the age of 45 have been most likely to put on weight during the pandemic, according to a University of Leicester study in May.

Researcher Professor Thomas Yates said: “The implications of even modest weight gain at a population level could translate into more diabetes, heart disease, cancers and other serious obesity-related health problems over the coming decades unless action is taken to reverse the effects of lockdown.”

Overconsumption of alcohol can also cause a gout attack.

And research reveals that the pandemic saw heavier drinkers consuming more alcohol, which experts said in July would inevitably cause more disease and death.

Other evidence suggests that gout patients in fact decreased over the pandemic.

Dr Abhishek Abhishek, University of Nottingham, wrote in the British Medical Journal that Covid saw a drop in incidence.

However, this could be because diagnoses were not made, he warned, “rather than an improved lifestyle or a decrease in alcohol consumption”.

“This may cause a surge in gout cases presenting to health services in the near future,” Dr Abhishek said.

Gout episodes usually start with a sudden and severe pain in the big toe, but it can also be in the feet, hands, wrists, elbows and knees.

It is first treated with painkillers, but otherwise a person may be given steroids as injections or tablets. Some have to take medication to prevent repeated attacks.

Symptoms of gout, according to the NHS are:

Any joint can be affected by gout, but it normally hits the toes, ankles, knees and fingers.

The symptoms develop rapidly over a few hours, and typically last for between three and 10 days.

Gout is extremely painful, and can be debilitating.

After this time, the pain should pass and the joint return to normal – until the next attack.

HOSPITAL admissions for Covid have doubled in the past two weeks. NHS figures show there are now 1,129 new patients...