As England gears up for a full unlocking tomorrow, medical experts warn that infections and hospitalisation figures could reach all-time highs in the coming weeks.

And Chris Whitty also warned earlier this weekend that England could be plunged back into lockdown within five weeks, with “scary” hospitalisations numbers doubling every three weeks.

“There, you are talking about major disruption of services and cancellation of elective surgery and the backlog in the NHS, getting longer and longer.”

Yesterday, Covid cases rose by 70 per cent in a week as 54,674 new infections were reported.

And the Chief Executive of NHS Providers, Chris Hopson told Times Radio: “We could be talking about seven-thousand hospitalisations at the end of July, fourteen-thousand in the middle of August.

“And what’s deeply fascinating is, nobody knows. And there is a real sense of, we just don’t know, at this point.”

Meanwhile, Mr Johnson has shelved plans for a “Churchillian” Freedom Day speech tomorrow to celebrate the lifting of restrictions amid surging Covid cases and self-isolation chaos.

The PM will not address the nation tomorrow on the day of unlocking – as experts warned that lockdown measures could return as soon as September.

Downing Street was yesterday forced to cancel plans for a celebration of Britain’s newfound freedoms amid increasing alarm over the spike in cases.

Officials had wished to mark the event by having Mr Johnson speak at a historic venue associated with Churchill – though scientific advisers were spooked when the UK recorded over 50,000 infections yesterday.

A source told the Mail on Sunday: “The plan had been for Boris to effectively declare victory over the virus by summoning the spirit of Churchill, with appropriately stirring rhetoric.

“That no longer feels appropriate.”

And this morning, No 10 warned that Britain’s third wave is expected to peak in August with “challenging weeks ahead.”

Robert Jenrick warned that Covid infection won’t peak until later in the year – despite the fact the majority of Brits will be double-jabbed by September.

The Housing, Communities and Local Government minister told Sky News this morning: “I would urge people to ensure they have the NHS app on their phones. We’re actually seeing more people download the app than ever before.

“The evidence is positive, but if you do get contacted by track and Trace, please follow all the steps required.

“It is a really important part of our toolkit for tackling the virus at this critical stage as cases are still rising, hospitalizations are increasing.

“We won’t really expect this wave of the virus to peak until late August, maybe even early September so there are going to be some quite challenging weeks ahead”

This follows news that Boris Johnson and Rishi Sunak have been ‘pinged’ by NHS Test and Trace after coming into contact with Covid-positive Sajid Javid.

But the Prime Minister and Chancellor WON’T have to self-isolate because they are participating in a “daily contact testing pilot,” it was revealed today.

The Health Secretary yesterday revealed he had returned a positive lateral flow and PCR test for the bug – but his symptoms are “mild” as he has been double-vaccinated.

Officials were scrambling to work out precisely who had been in close contact with Mr Javid in the past few days.

The Health Secretary was seen leaving Downing Street yesterday before the announcement – fuelling speculation that the PM and other cabinet ministers would be ‘pinged.’

And as expected, Mr Javid’s list included Boris Johnson and Rishi Sunak – who have now been contacted by NHS Test and Trace.

But they will both be skipping self-isolation – as the ‘pilot’ scheme allows them to continue working from Downing Street while taking daily Covid tests.

A No.10 Spokesperson said this morning: “The Prime Minister and Chancellor have been contacted by NHS Test and Trace as contacts of someone who has tested positive for Covid.

“They will be participating in the daily contact testing pilot to allow them to continue to work from Downing Street.

“They will be conducting only essential government business during this period.”

The pilot covers a variety of selected organisations – including Downing Street and 20 other firms, including Network Rail, TFL, Heathrow and Border Force.

This is the same testing scheme that allowed Cabinet minister Michael Gove to skip self-isolation after returning from the Champions League final in Portugal. 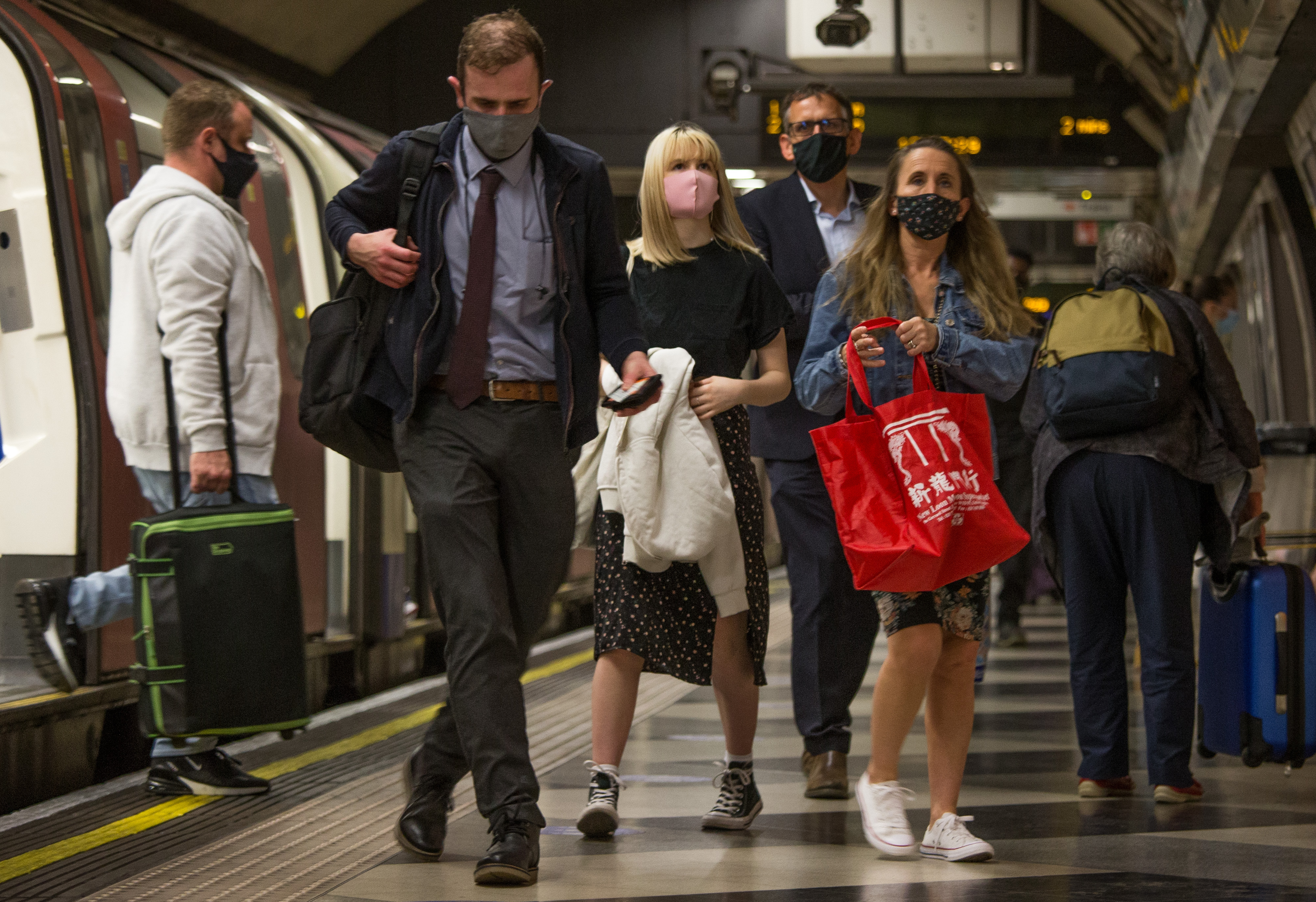 Cases could soar to 200,000 a day in the coming weeksCredit: LNP