Businesses must apply for staff to be exempt from Pingdemic self-isolation rules with 10,000 workers expected to qualify

BUSINESSES must apply for staff to be exempt from the ‘Pingdemic’ self-isolation rules – with up to 10,000 workers expected to qualify.

The full list of crucial sectors where workers can skip pesky isolation rules if they are pinged by the NHS Track and Trace app has finally been revealed.

Workers in essential transport will qualify for exemptions to self-isolation rulesCredit: Alamy 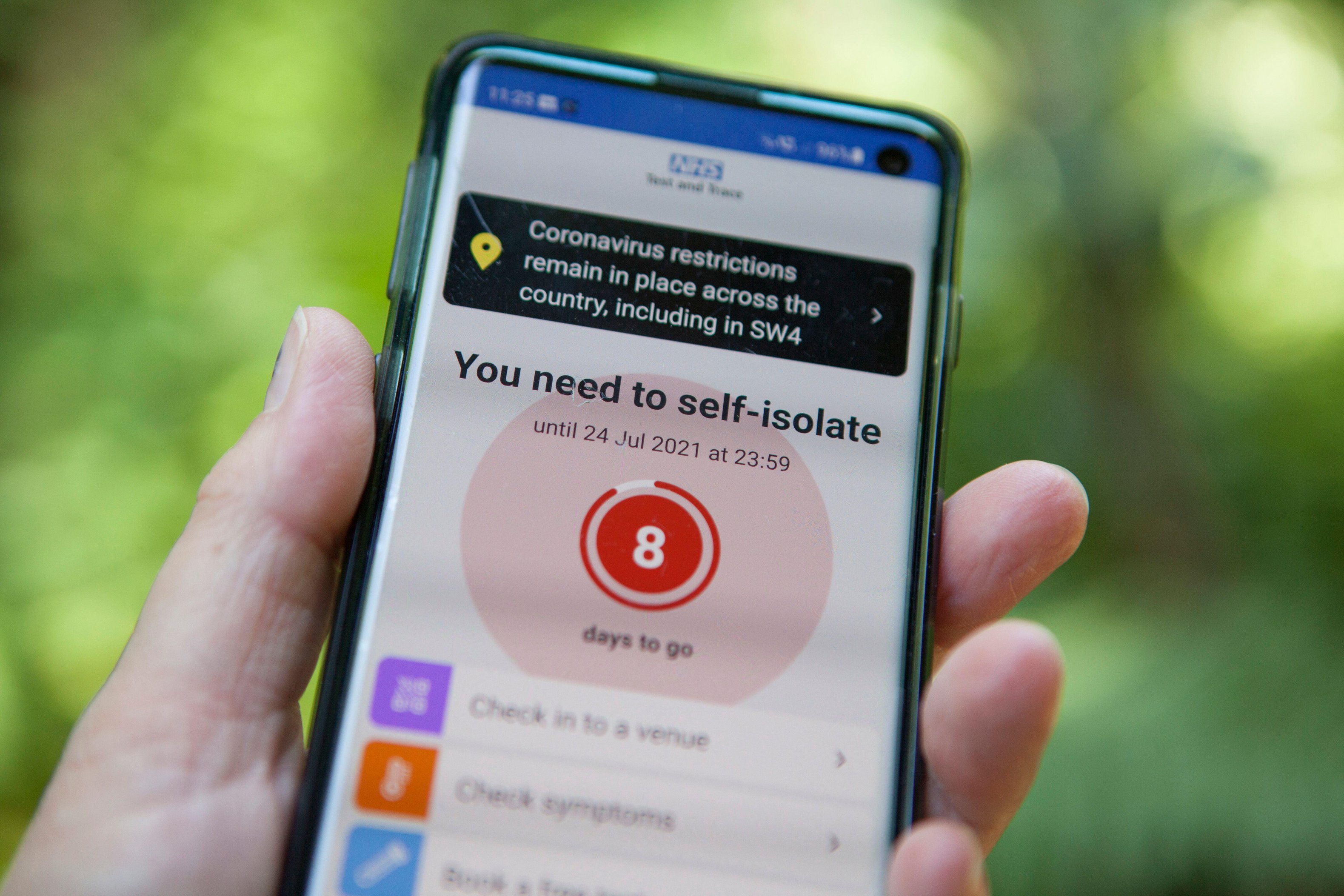 Many workers will now be exempt from ‘pingdemic’ self-isolationCredit: Alamy

Anyone working in critical sectors – including food and water supply, medicines and public transport – no longer have to spend days under house arrest if they come into contact with a Covid case – as long as their application for exemption is accepted.

The government’s guidance states that employers who feel their workers should be exempt from self-isolation need to contact the relevant government department for their sector themselves.

They are also asked to provide information on the number of people who they want to leave self-isolation, the jobs they do and the impact that self-isolation would have on their business.

If a worker is deemed to meet the criteria then their employer will get a letter from the government telling them what measures they now need to follow.

Unless businesses have received a letter like this with the employee specifically named, then the exemption policy does not apply.

“This is not a blanket exemption for all workers in a sector,” the guidance said.

Up to 10,000 workers across 16 sectors are expected to qualify for the exemption scheme.

The new rules will be welcome news to despairing bosses who have faced major staff shortages, with more than 618,903 Brits ‘pinged’ by the NHS Covid-19 app in just one week.

The Government has not published a list of essential workers – like it did in the first lockdown – but has identified vital industries.

The sectors included are:

The updated guidance said “in the small number of situations where the self-isolation of close contacts would result in serious disruption to critical services, a limited number of named workers may be able to leave self-isolation under specific controls for the purpose of undertaking critical work only”.

It adds that “in some exceptional cases” there may be critical roles in other sectors which could be agreed on a case-by-case basis.

Separate arrangements are in place for frontline health and care staff.

Isolation for double-jabbed Brits who are pinged or contacted by NHS Test and Trace will end on August 16.

Paul Hunter, professor at the University of East Anglia and an adviser to the World Health Organization, told The Times: “To my mind it is very clear from the available evidence that the current requirement to quarantine following being pinged has little if any value in controlling the epidemic, especially if the person is fully vaccinated.

“I can see no value in waiting another four weeks.”

In response to the announcement, the British Chambers of Commerce said many businesses “face difficult weeks ahead” despite the self-isolation exemptions.

Hannah Essex, co-executive director of the BCC, said: “While the announcement of a process which may exempt select critical workers from self-isolation in England will be a relief to some businesses, it will leave many more still facing critical staff shortages and lost revenue as the number of people being asked to isolate remains high.

“Nearly half of the businesses we surveyed this week have had staff either off sick with Covid or self-isolating in the past two weeks.

“Businesses want to play their part in stopping the spread of the virus while at the same time striving to revive their business after 16 months of disruption and closures.”

Fully vaccinated NHS workers have already been exempt to stop hospitals coming to a standstill.

Shoppers have spotted shortages in supermarkets this week, including bottled water and fresh fruit and veg.

Ice creams and beer are also among the items running low in some locations, as supermarkets warned customers not to panic buy.

A number of problems through the food supply chain have combined to create what’s been described as a “perfect storm”.

Increasing numbers of workers are being “pinged” by the NHS Covid app creating staff shortages in stores and factories producing food.

There is also a shortage of lorry drivers and fruit and vegetable pickers which has threatened supplies, while the heatwave has increased demand for salads, BBQ food and ice.

Some supermarkets last night warned the PM he has just 48 hours to fix the pingdemic or customers could face bare shelves for weeks.

Iceland said it has closed “a number of stores” after 1,000 workers – four per cent of its workforce – forced to self-isolate after being pinged.

Mr Kwarteng admitted the Government was “concerned” by photos of bare shelves in supermarkets, but said it wasn’t a “universal” problem.

BP has temporarily closed some petrol stations due to fuel supply problems, with M&S warning 20 per cent of its staff could be self-isolating by next month.

Pub chain Wetherspoons also warned it had a couple of hundred staff off.

Millions have been deleting the NHS Test and Trace app to avoid isolation as the Delta variant rips.

But Downing St has pleaded with people to stick with it, saying it’s “crucial” to lowering the spread.

When a migraine headache hits, it can rapidly become debilitating. It’s as if the world stops and all we can...

Beach Vacationers Are Doing It Wrong

Can you take CBD when you’re on antidepressants? What you need to know

A neuroscientist explains how heatwaves affect our brains