THE director of the Centers for Disease Control and Prevention is warning Americans, including those who are already vaccinated, to wear masks as hospitals are nearing capacity as they were during the beginning of the pandemic.

“Whether you are vaccinated or not, please know, we, together, are not out of the woods yet,” CDC Director Dr. Rochelle Walensky said on Thursday.

“We are yet at another pivotal moment in this pandemic, with cases rising again and some hospitals reaching their capacity in some areas,” she added.

“We are always looking at the data as the data come in,” she went on.

“Our guidance has been clear since we put it out several months ago and that is if you are unvaccinated, you should continue to wear a mask and protect yourself and those around you.”

Walensky’s comments echo those of former Food and Drug Administration head Dr. Scott Gottlieb, who equally sounded the alarm saying the new delta variant is causing a mass intake at hospitals in afflicted countries across the world.

“The bottom line is we’re going to see continued growth at least for the next three or four weeks,” he said on Squawk Box on Thursday.

“There’s going to be a peak probably sometime around late August or early September.”

“It’s possible you’ll see a second small bump as kids go back to school and schools become vectors of transmission like we saw, but this will come and go.”

Both Walensky and Gottlieb were raising alarm bells at the growing number of cases in the United States as a direct result of the delta variant of the coronavirus.

The US recorded over 52,000 new cases on Wednesday alone of the virus, reaching a weekly average of almost 40,000 cases.

That’s a 268 percent increase from just over 10,000 cases reported over three weeks ago.

Likewise, every state and the District of Columbia has reported increased cases due to the holiday season.

Although fatalities have stayed stagnant, they have increased slightly by less than 10 percent from about 240 about three weeks ago.

This comes as politicians across the country are pushing for their unvaccinated population to get the jab, saying those in states with less vaccination rates – Alabama, Florida, Louisiana, and Missouri – are seeing the brunt of the crisis.

The White House has not yet declared whether it would make another mask mandate in the wake of the delta variant. 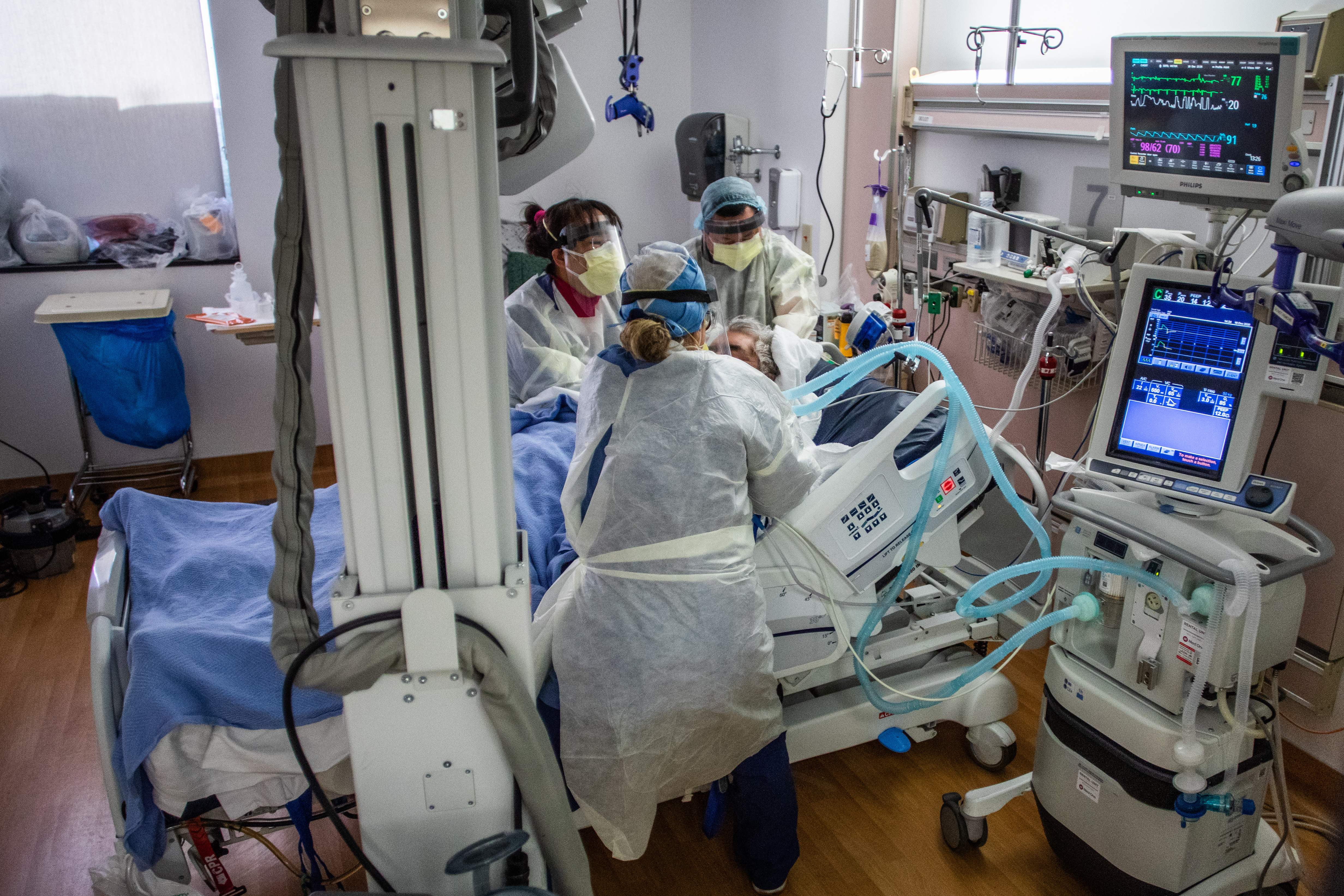 Hospitals are reaching levels like they were during the beginning of the pandemicCredit: AFP