COPS stormed a suspected wake after dozens of “travellers” broke lockdown to cram into caravans for a funeral party. 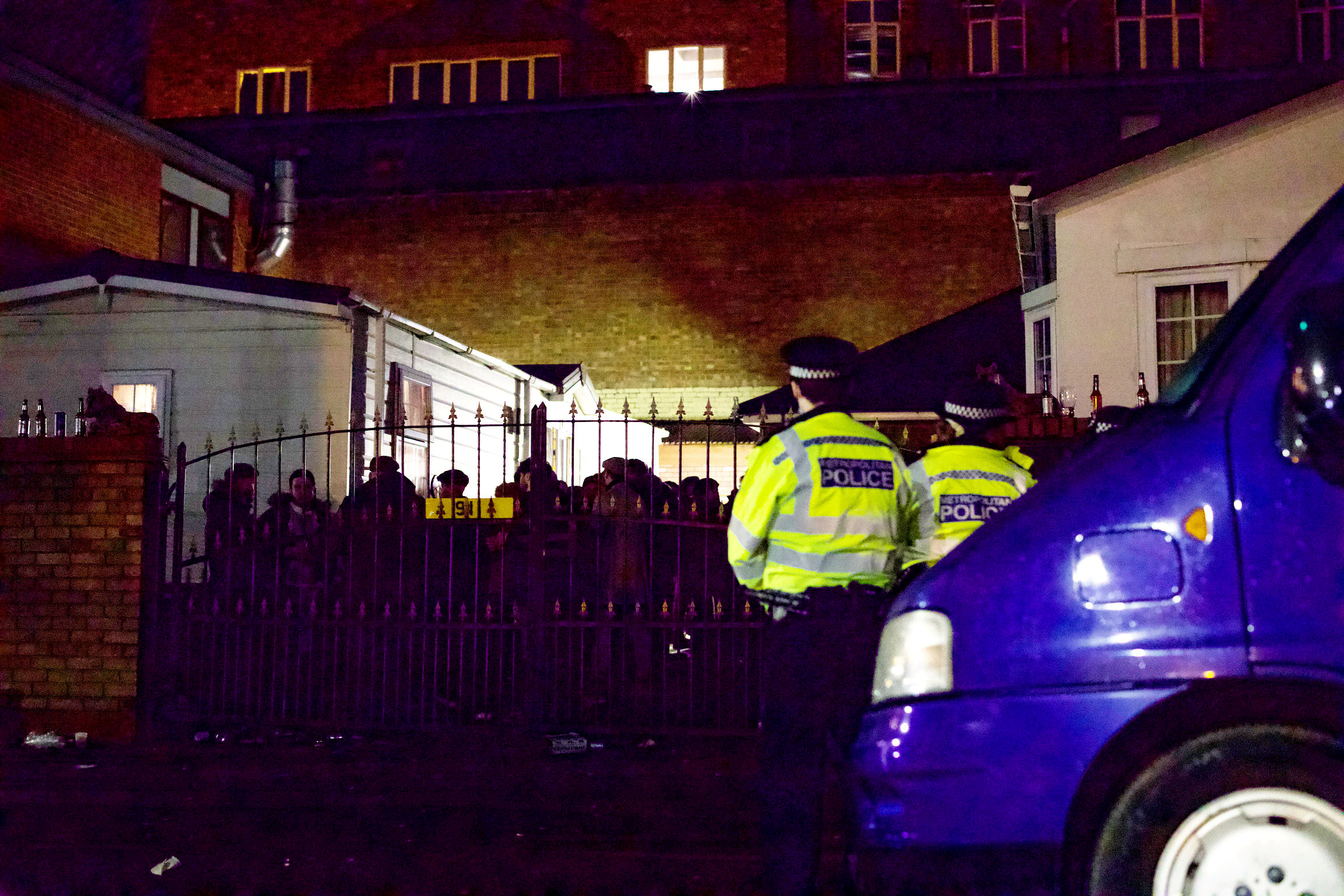 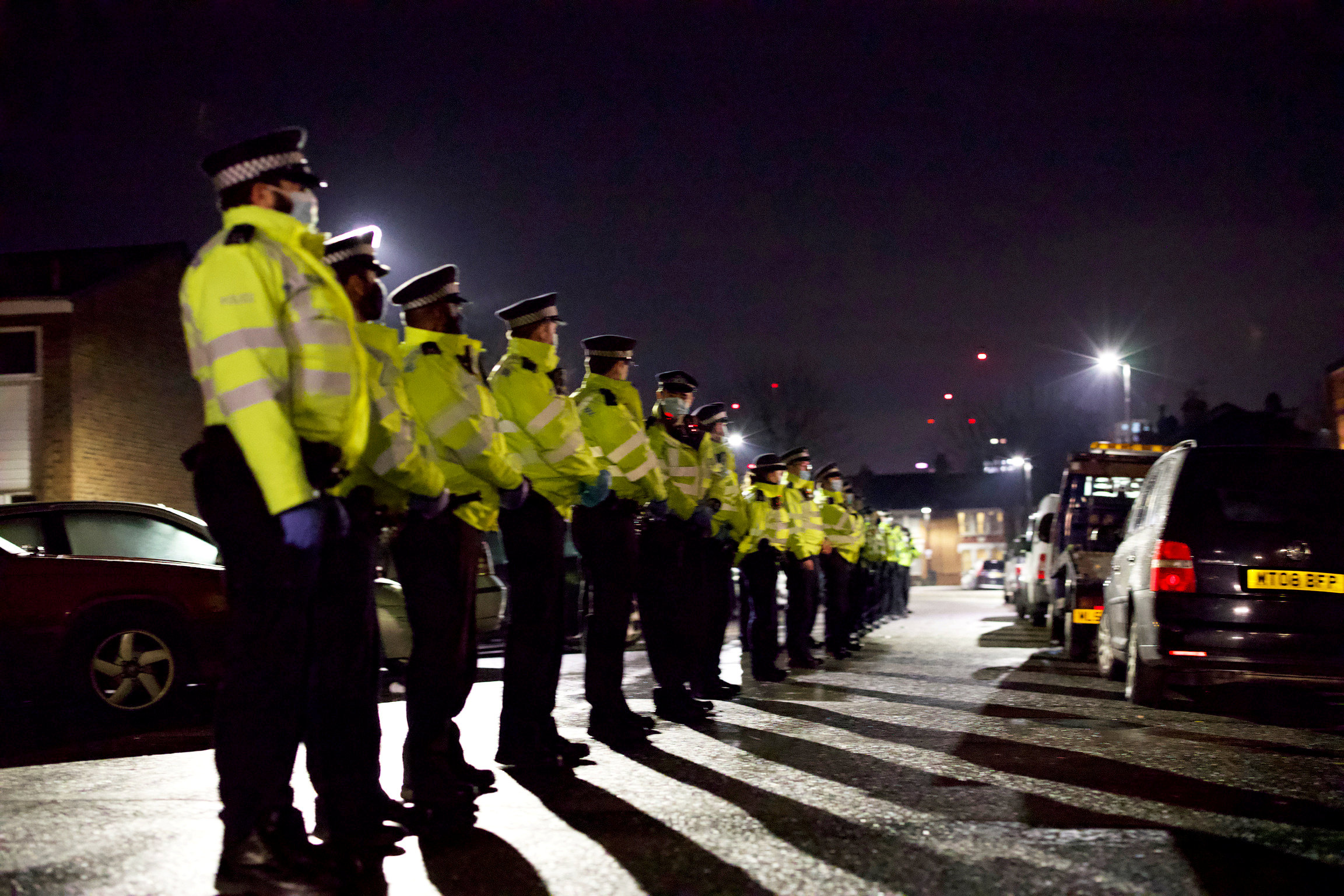 But onlookers said little was done to stop the celebrations, which were attended by around 70 people.

Snaps show masked police officers lined up outside the gates where the celebration was being held, as one officer spoke with gatherers through the metal bars.

One man appears to be holding up a white flag behind the gates while other photos show police speaking to people on the street as they disperse from their gathering.

A local resident said the party came after another wake was held at the same site on Tuesday – which allegedly saw “250 people drinking in the street”.

Cops said 42 people were “reported for consideration of a fixed penalty notice” over Thursday’s antics – but are yet to confirm if anyone was arrested.

A 35-year-old local who did not want to be named, said: “On Tuesday they had another wake. It all got a bit rowdy and the police started to talk to them to try to stop it. They didn’t get very far.

“Then yesterday the travellers re-grouped and had another wake. 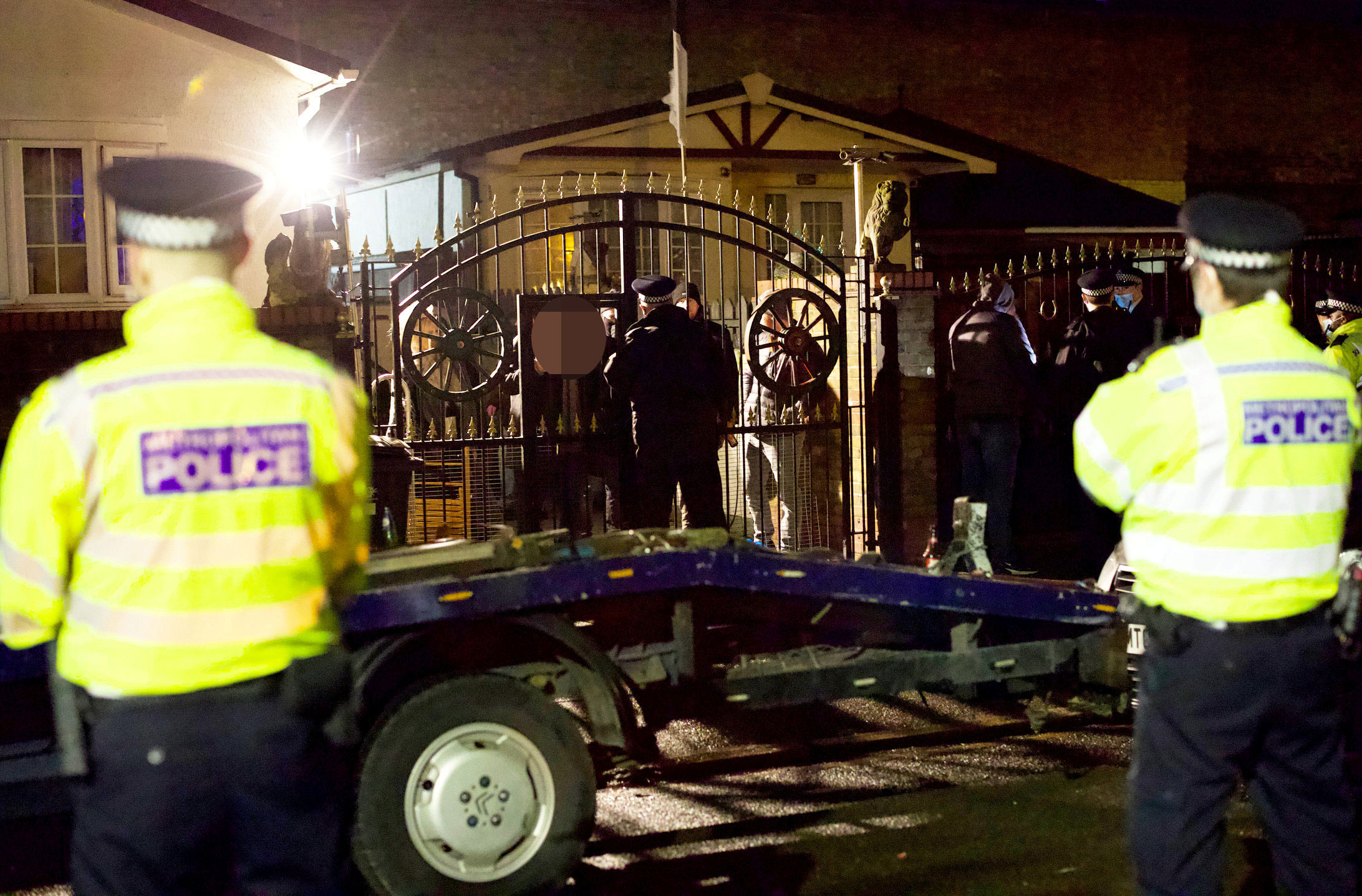 A police officer speaks to one of the group behind a barred gateCredit: SWNS:South West News Service 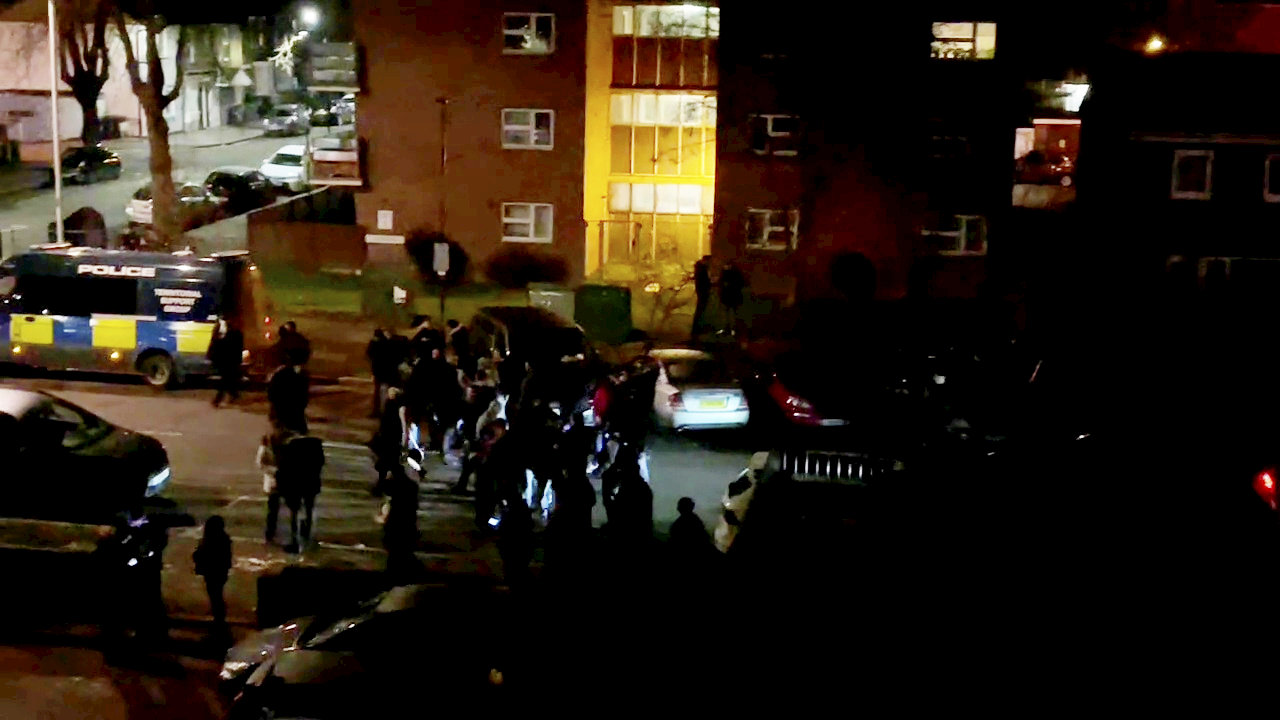 Groups of people who attended the celebrations later disbanded onto the streetsCredit: SWNS:South West News Service 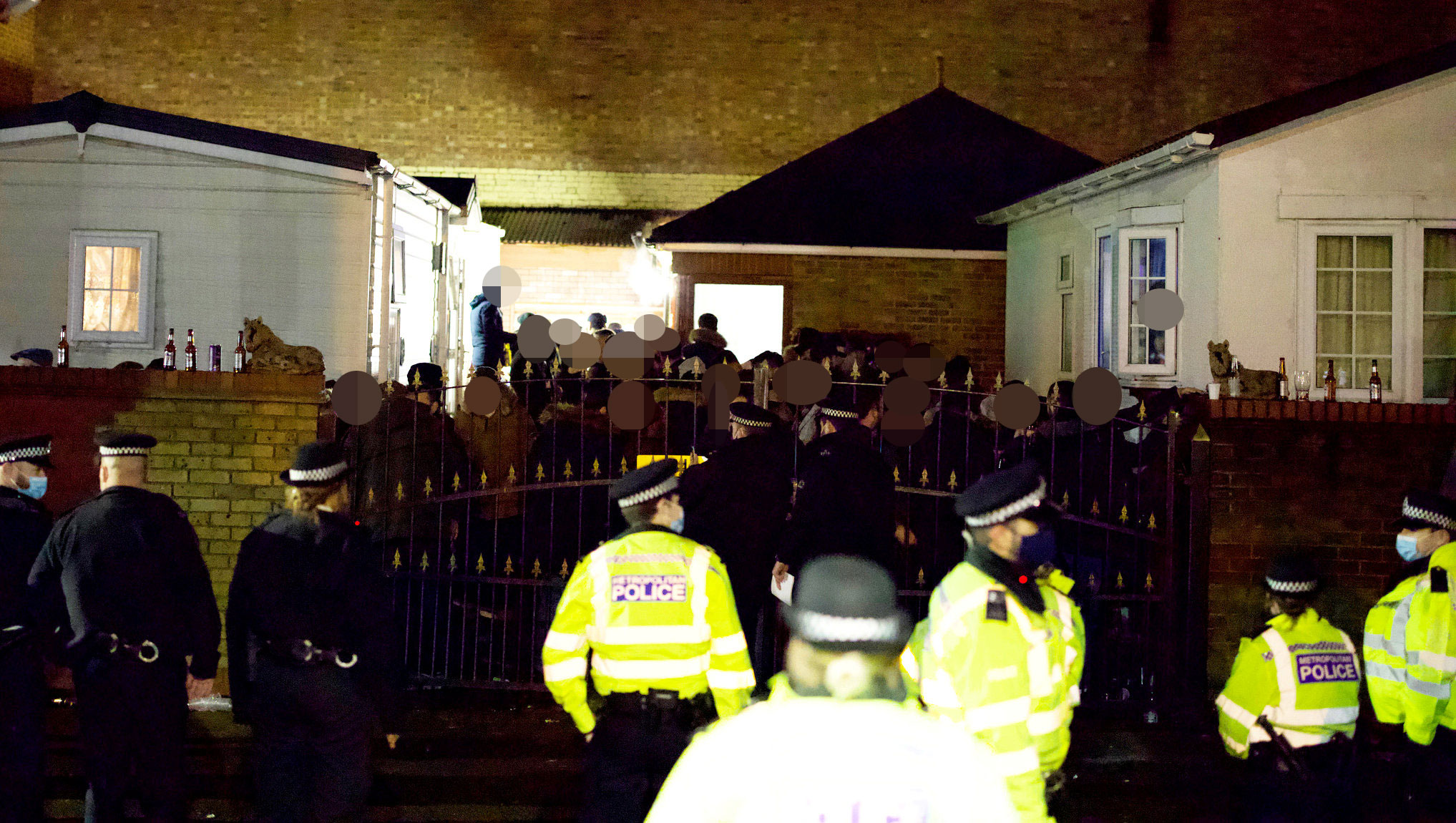 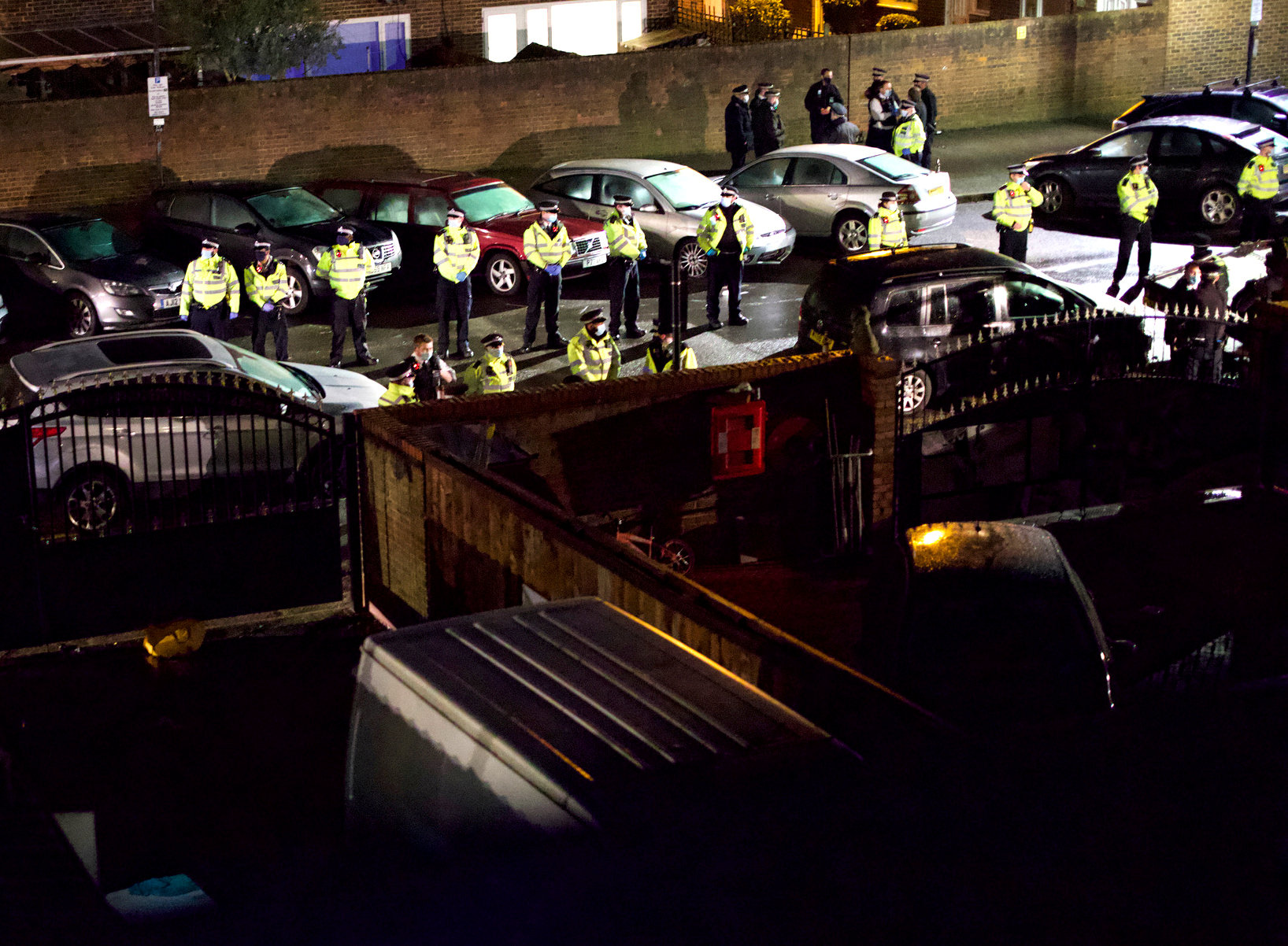 Police lined up outside the gates where the celebrations took placeCredit: SWNS:South West News Service 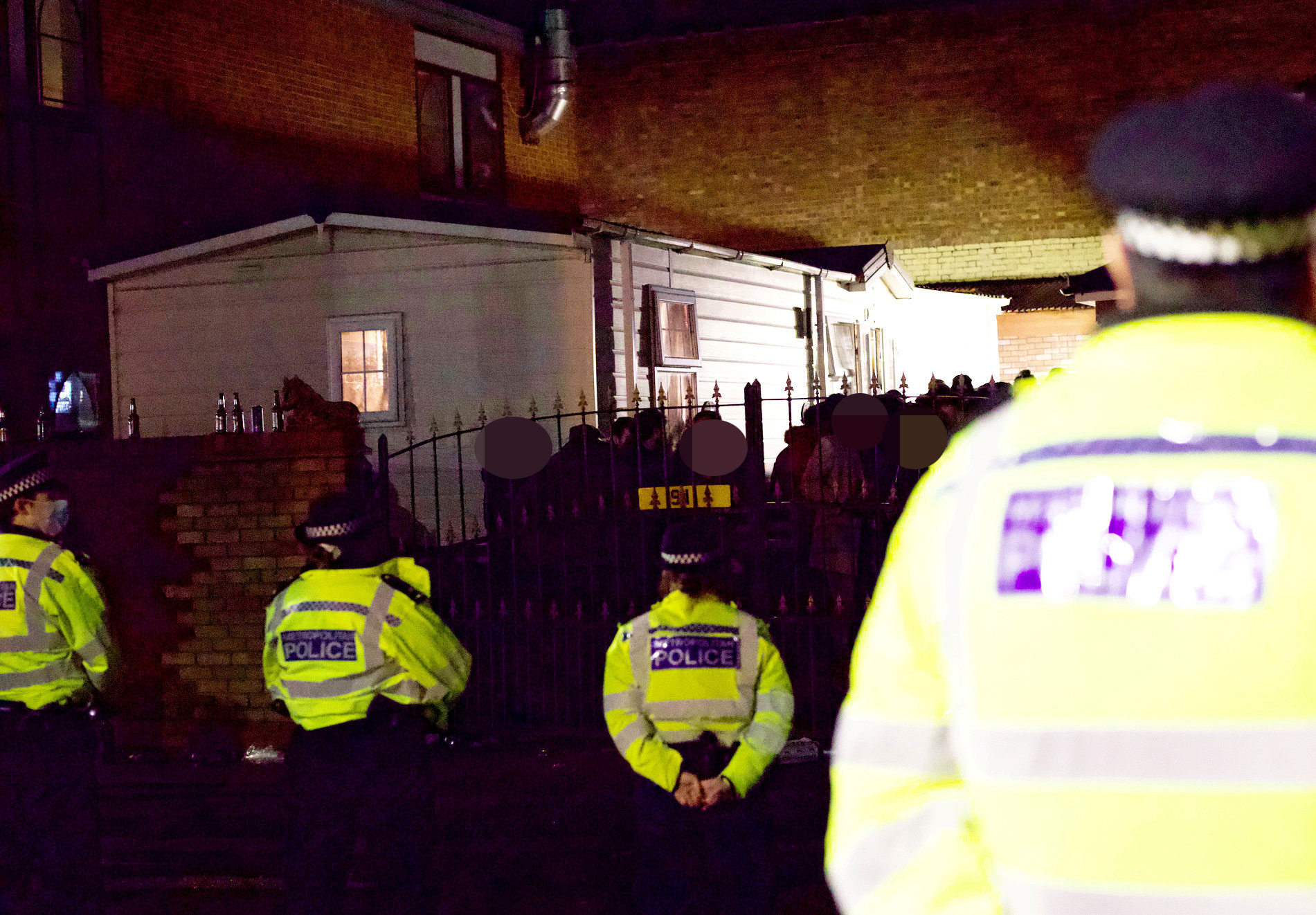 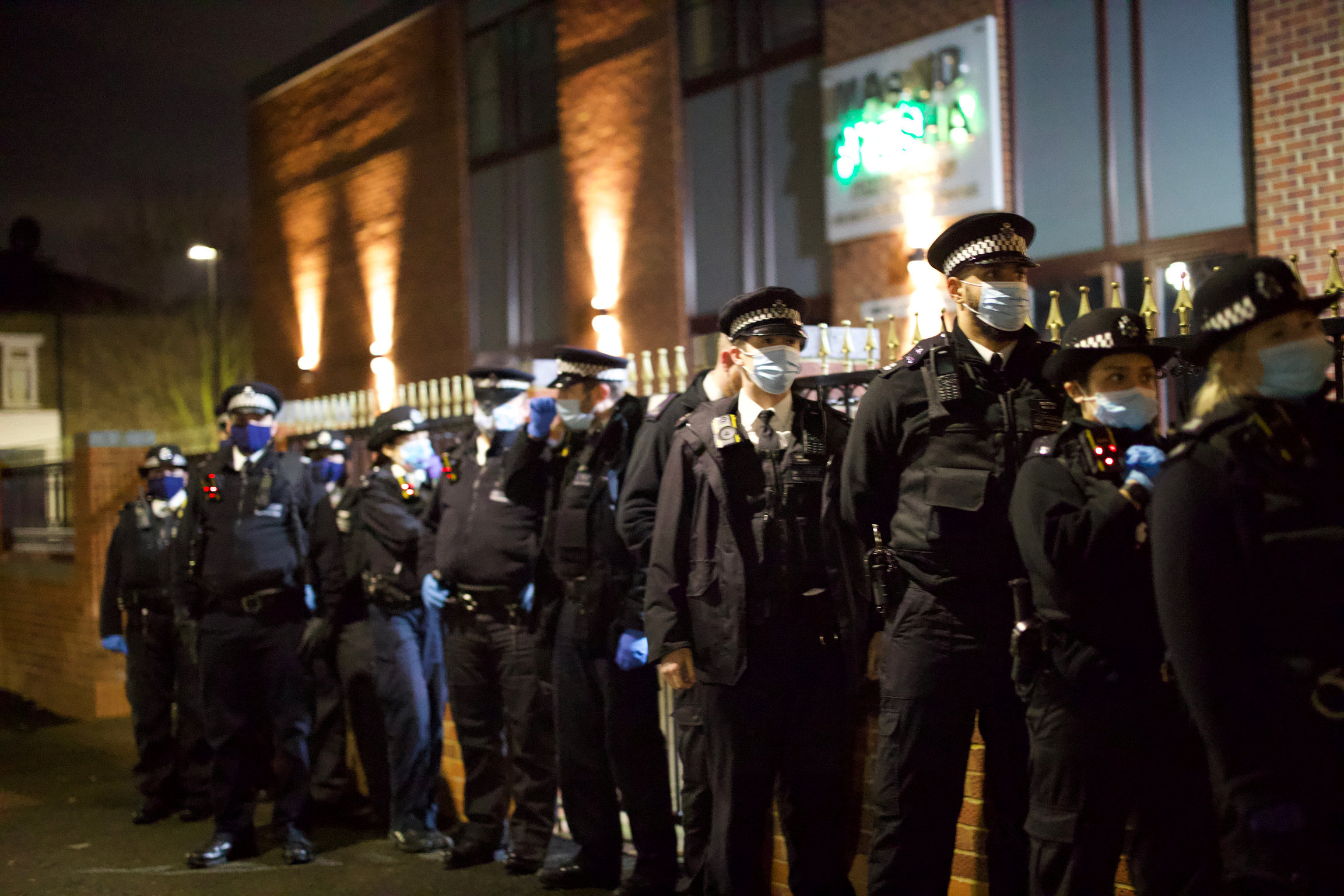 “Over 100 police officers arrived to stop the wake where over 70 people gathered.

“These people were travellers in their own compound.

“16 police vans took over the roads and all lined up outside asking the huge group to disperse.

“However, after two hours they were still gathered, drinking and slowly leaving one by one so the police decided to arrest the final few on their way out of the gates.”

A Metropolitan Police spokesperson said: “We are aware of repeated incidents this week regarding large numbers congregating in the vicinity of Clyde Road, N15.

“On Thursday, 14 January, 42 were reported for consideration of a fixed penalty notice.

“A policing plan is in place in conjunction with the local authority to prevent any further incidents.

“A dispersal zone has also been authorised in the area and residents are likely to see an increased police presence this evening and over the weekend.”

Clyde Road is listed on a 2017 UK government count of “Traveller Caravans”, but does not appear on the 2019 count.

In July 2019, support group ‘London Gypsies and Travellers’ named Clyde Road as a “Travellers Site” in reports on a deputation to the local council.