A COUPLE were fined for driving seven miles to visit their dementia-stricken mum in a care home.

Carol Richards, from Pen Y Fai, Wales, was “mortified” when a cop gave her a £60 fine for driving twenty minutes down the road to see her 94-year-old mum on Sunday. 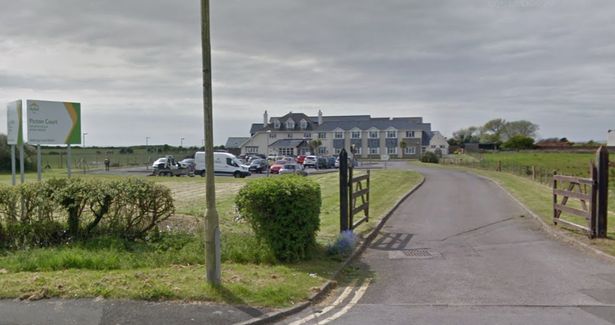 A woman was fined £60 by a cop for visiting her dementia-stricken mum in Picton Court Care Home in Porthcawl, WalesCredit: Google Maps

Carol was making the seven mile journey from Picton Court Care Home in Porthcawl with husband David when officers from South Wales Police flagged down their car.

The officers claimed she had breached lockdown regulations – though Carol denies she broke any rules and has since raised the issue with the Police Complaints Commissioner.

Furious Carol told WalesOnline: “It needs to be clarified. I want to see my mother again, she’s 94, she could be dead next month.”

Under current lockdown rules in Wales, outdoor visits to care homes are allowed for “compassionate reasons” – but cannot take place in the event of an outbreak in a home.

It’s not about the 60 quid, it’s about the principle and I want to go on seeing my mother

Compassionate reasons include checking-in on someone suffering physically or mentally, from bereavement or due to concerns about their welfare.

Indoor visits are only permitted during “exceptional circumstances”, such as end of life visits.

Indoor visits are only permitted during “exceptional circumstances”, such as end of life visits.

Carol said she was “mortified” and “caught off guard” when cops pulled the car over.

She said: “I feel like I’m living in some sort of dystopian novel after what happened.” 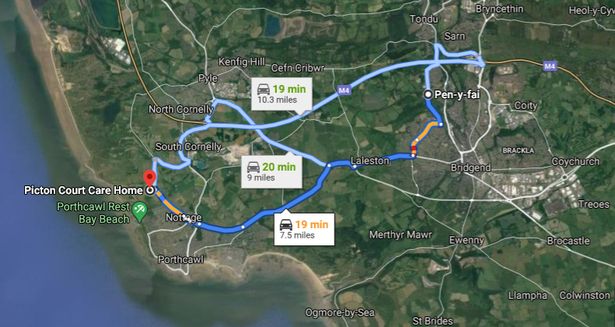 Carol was making the seven mile journey from Picton Court Care Home in Porthcawl to her home in Pen-Y-FaiCredit: Google Maps

According to Carol, the police officer who issued the fine was “pedantic and inflexible” when she explained that she had been visiting her mum, who has vascular dementia.

She said: “A police lady flagged us down and I thought ‘Oh right, they’re policing the area, that’s fine.

“So I explained to her that we were going home, we’d been to Picton Court visiting my mother but she said this was a non-essential visit.

“She said ‘We’d all like to knock on our mother’s window to see them but you can’t do that,’ and I was totally gobsmacked. I was angry.

“She just would not listen to any protestations and so she said ‘You’re going to be issued with a £60 fixed penalty fine’.”

Carol said she had organised the visit with care home staff in advance, and spoke to mum, Decima Minhinnick, through the window of her room on the ground floor of the home.

She added: “I do not want to pay this fine.

“It’s not about the 60 quid, it’s about the principle and I want to go on seeing my mother.

“Now I feel as if I’m breaking the law by driving down there to see her.”

A spokesperson for South Wales Police told WalesOnline: “At 4.15pm on Sunday 10th January, a police officer on patrol in the Porthcawl area issued a fixed penalty notice to a man who had travelled from his home in Penyfai to visit a relative.

“With Wales currently at Alert Level 4, Welsh Government regulations state that people must stay at home, except for very limited purposes and must not visit other households or meet other people they do not live with.

“In order to support the national effort to help slow the spread of the virus, and assist in enforcing the restrictions, our officers have been given authority to stop any vehicle travelling within the force area, to check the reason for travel.”