Covid: Are booster shots the same as the first and second?

Vulnerable people in the UK may be invited for a third, booster dose of the vaccine from Monday (Picture: Getty Images)

Since the start of the Covid vaccine rollout in December, over 90 million doses have been administered in the UK.

Though the process has been widely hailed as a success, there are now talks of vulnerable people being offered booster jabs for further protection.

As of right now, NHS leaders are waiting for a decision from experts on the Joint Committee on Vaccination and Immunisation (JCVI) for confirmation that the plans can go ahead. If they decide yes, then the programme could potentially get going from Monday, September 6.

But what is a booster shot – and when will it be offered to you?

What is a booster shot?

A booster shot is an extra delivery of a vaccine, following the initial doses.

In the case of Covid, the aim is to give people extra protection against the coronavirus and ensure no further lockdown measures are needed.

For other viruses, research has shown that booster shots train your body to recognize the virus and defend itself. 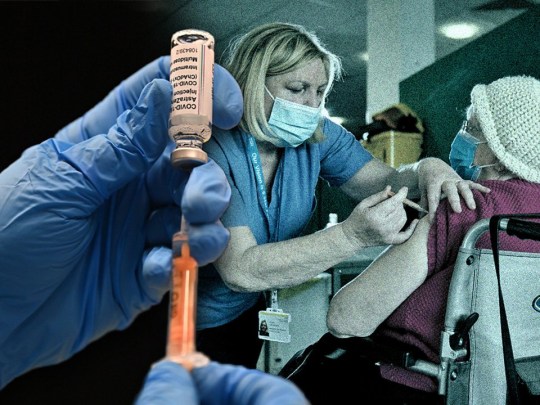 If you’re eligible, you’ll be invited to get a booster vaccine when it is your turn (Picture: Getty)

Who can get the booster shot?

The rollout of the booster will take part in two stages: the first will see 15 million called forwards first, including over-70s, health and care workers, older care home residents, the clinically extremely vulnerable, and people who are immunocompromised.

Next, a further 17 million people including over-50s, adults over the age of 16 who usually are offered a free NHS flu jab, those aged 16-49 in a Covid at-risk group, and people who are in regular contact with someone who is immunocompromised.

If you are eligible, you’ll be invited to get a booster vaccine when it is your turn.

Is the booster shot the same as the first shot?

Not necessarily – it has already been reported that those who received a first and second dose of the Oxford AstraZeneca vaccine will then receive Pfizer if offered a booster.

Trials are still ongoing, with seven booster vaccines are being tested. According to The Telegraph, Pfizer-BioNTech, Moderna, and subunit protein vaccine Novavax are among those showing positive preliminary results. 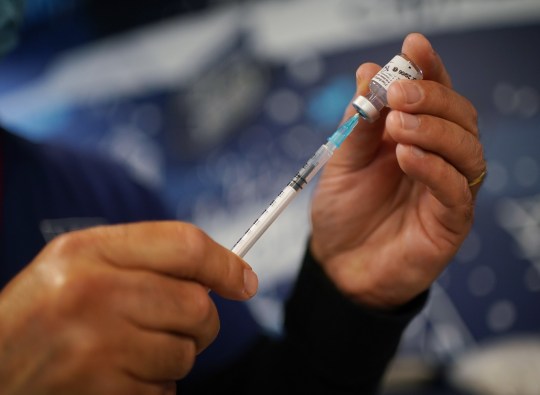 The US is set to roll out its booster programme on September 20 (Picture: PA)

So far, it’s considered safe for vaccine types to be mixed. The latest UK study on mixing and matching Covid-19 vaccines – called Com-COV – found that people who receive a cocktail of different vaccines appeared to have a good immune response.

When will I get the booster shot?

Since the decision hasn’t been made on whether the rollout will officially go ahead, there is no confirmed information on how long after the second vaccine those who are eligible will be offered the booster.

In the US, the surgeon general recommends people to get their third shot eight months after the last dose of the Pfizer and Moderna vaccines – but it is unclear as to whether the UK will follow similar guidelines.