THE UK’s Covid death toll has topped 100,000 after a surge in cases as the mutant strain spread.

New data shows there have been 103,704 fatalities in England and Wales since the pandemic began with Covid-19 on the death certificate. 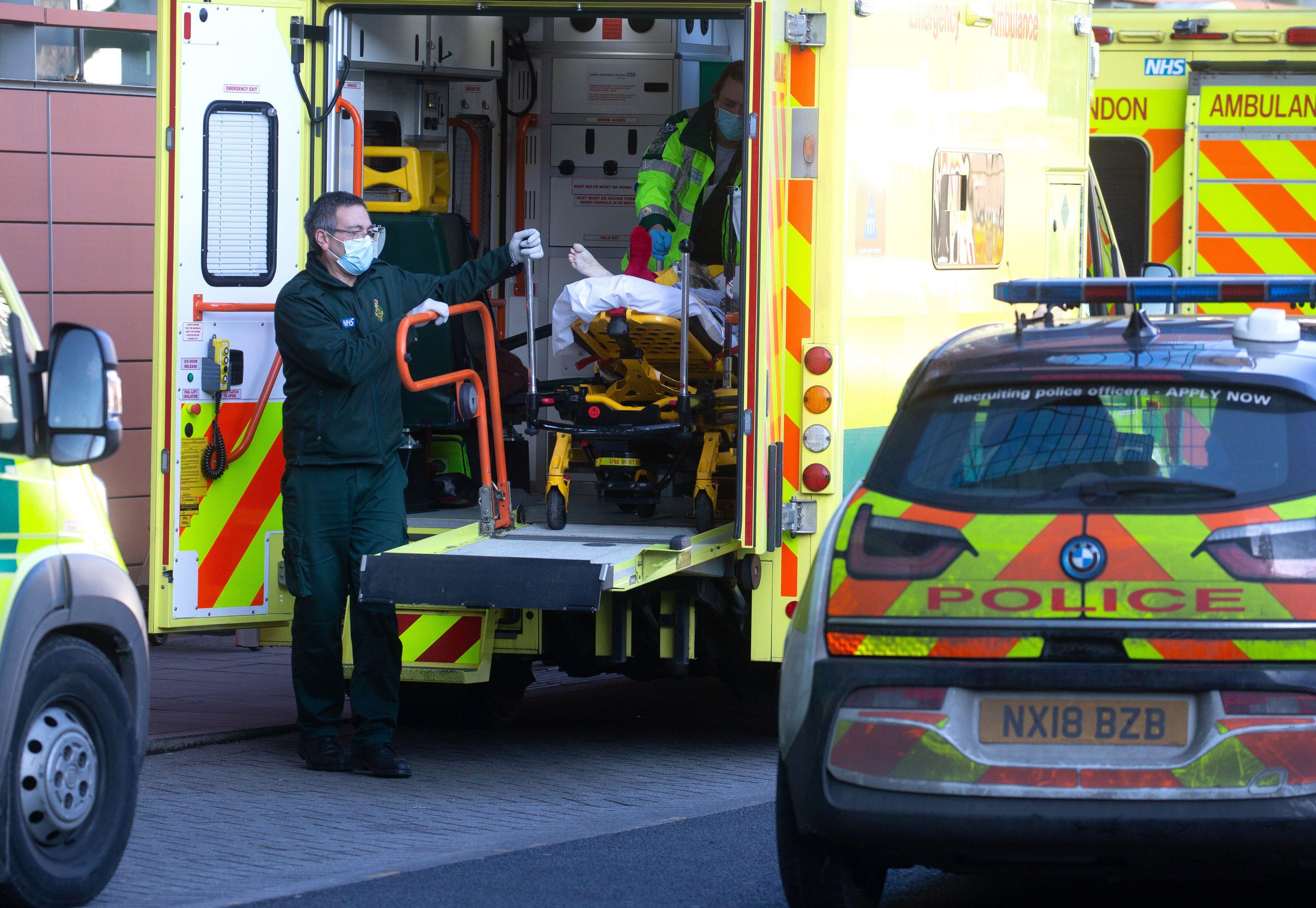 The Covid deaths in the UK have now gone over 100,000, according to new dataCredit: Alamy Live News

The ONS reported a total of 7,245 new deaths in the week ending January 15 mentioned Covid-19 on the death certificate.

This is up from 6,057 deaths in the week to January 8, and is the highest weekly figure since the week ending April 24.

More than a third of all deaths registered in England and Wales in that week mentioned Covid-19 on the death certificate – the highest proportion recorded since the pandemic began.

The number of deaths registered in the second week of January was 30.5 per cent above the five-year average (4,220 deaths higher).

Adding Scotland and Northern Ireland’s figures to the grim toll sees the harrowing number rise to nearly 116,000 deaths, according to reports.

Nearly three-quarters of deaths involving Covid were in people aged 75 years and over.

The UK has one of the highest death tolls in the world, and has seen the most Covid fatalities in Europe.

Cases began to rise once more in December as a new strain, first found in Kent, spread throughout the UK.

It has caused the country to go into a third lockdown, amid a huge vaccine rollout to beat the bug.

NHS Providers chief executive Chris Hopson said: “It is a tragedy that we have now seen more than 100,000 deaths from COVID-19.

“This is a dreadful milestone to have reached, and behind each death will be a story of sorrow and grief.

“We pay tribute, once again, to NHS and care staff who have done everything they can throughout the long months of this pandemic to avoid each one of these deaths and reduce patient harm.

“We thank them for their commitment, professionalism and compassion.”

Prof Sir David Spiegelhalter, Chair, Winton Centre for Risk and Evidence Communication, University of Cambridge, said: “There will be a lot of attention given to deaths with Covid reaching 100,000, but this is based on the figures released each day, which only include people who both had a positive test and then died within 28 days.

“The more accurate ONS data show that over 100,000 people in the UK had already died with Covid on their death certificate by January 7, nearly 3 weeks ago.

“Around 90 per cent of these had Covid as the immediate cause of death, and so perhaps we can say that around 100,000 people in the UK have now died because of Covid. An awful total.”