A DOCTOR has described how young and unvaccinated Covid-19 patients “beg” for the vaccine as they’re dying – but she noted at that point, “it’s too late” for them.

In an emotional Facebook post on Sunday, Dr Brytney Cobia shared the harrowing experience of treating people who fatally refused to get the coronavirus shot. 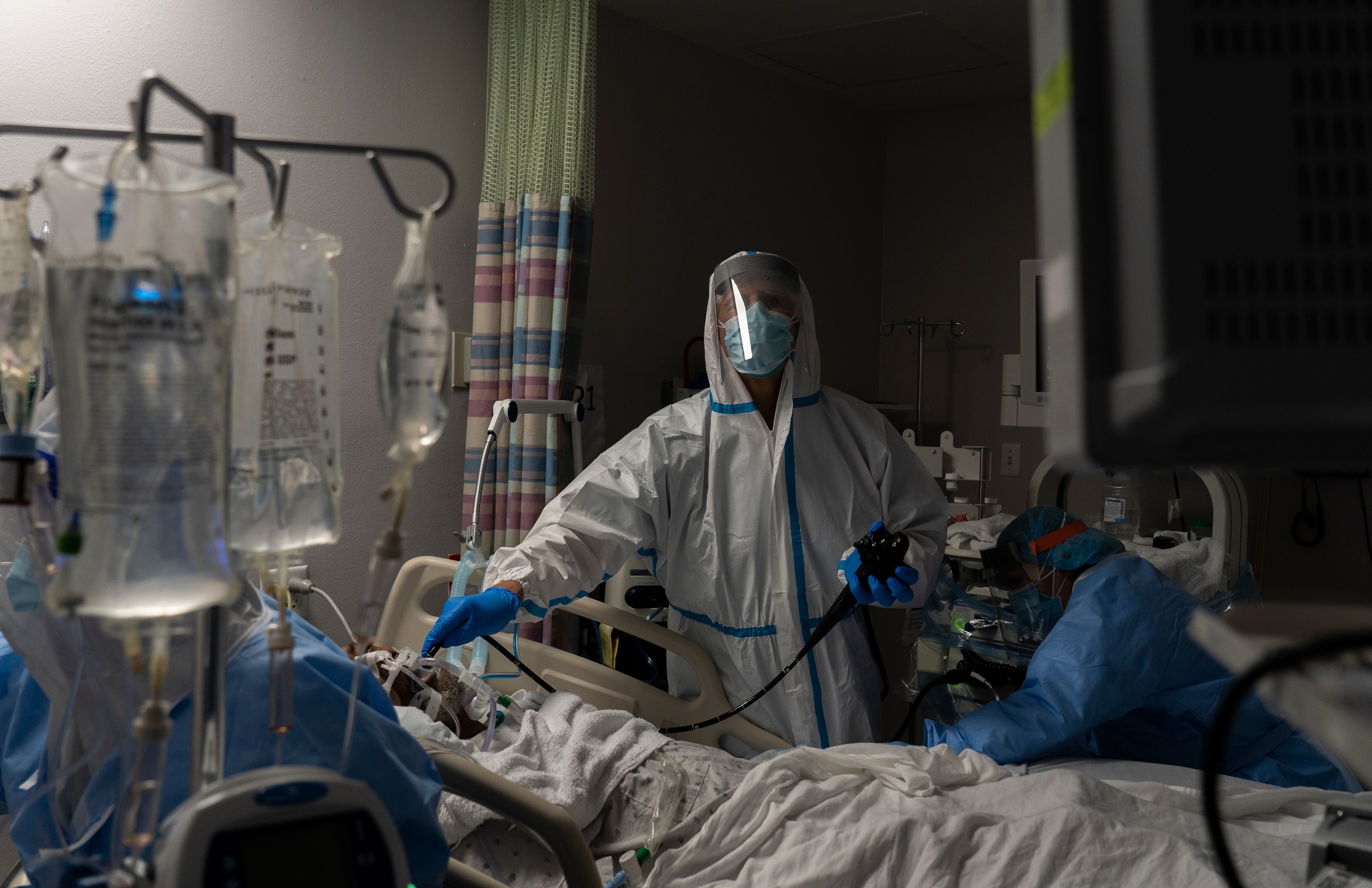 “I’m admitting young healthy people to the hospital with very serious Covid infections,” the Alabama medic wrote. “One of the last things they do before they’re intubated is beg me for the vaccine.

“I hold their hand and tell them that I’m sorry, but it’s too late. A few days later when I call time of death, I hug their family members.

“I tell them the best way to honor their loved one is to go get vaccinated and encourage everyone they know to do the same.

“They thought it was ‘just the flu’. But they were wrong. And they wish they could go back. But they can’t. So they thank me and they go get the vaccine.

“And I go back to my office, write their death note, and say a small prayer that this loss will save more lives.”

Around 33.7 percent of Alabamians are fully vaccinated so cases are on the rise again due to the highly contagious Delta variant of the virus, coupled with the reluctance to get the jab.

Speaking to AL.com, Cobia described how before the vaccine, medics just dealt with “tragedy after tragedy” as thousands became ill and died from the deadly virus.

Her comments come as the CDC declared a pandemic of the unvaccinated and report that the majority of Covid deaths in Alabama are among those who did not get the vaccine (96 percent).

Speaking to AL.com yesterday, Cobia said although she prepares herself not to feel sorry for this person “because they made their own choice,” seeing them on their death bed changed her position.

[They] beg me for the vaccine. I hold their hand and tell them that I’m sorry, but it’s too late.

“And now all you really see is their fear and their regret. And even though I may walk into the room thinking, ‘Okay, this is your fault, you did this to yourself,’ when I leave the room, I just see a person that’s really suffering, and that is so regretful for the choice that they made.”

“It’s really hard because all of us physicians and other medical staff, we’ve been doing this for a long time and all of us are very, at this point, tired and emotionally drained and cynical,” she said.

“What we saw in December 2020, and January 2021, that was the absolute peak, the height of the pandemic, where I was signing 10 death certificates a day,” she said.

“Now, it’s certainly not like that, but it’s very reminiscent of probably October, November of 2020, where we know there’s a lot of big things coming up.”

Coupled with kids going back to school with no mask mandate, Cobia told the publication it “feels like impending doom, basically.”

After contracting last summer, Cobia had a baby in September and said she “did not hesitate to get” the jab that December, even there was “a lot unknown at that time.”

She said none of the people who are vaccine-hesitant she’s spoken to have had a conversation about it with their doctors and urged them to do so.