THERE are just days to go until the final step in Boris Johnson’s roadmap to freedom.

From Monday, July 19, social distancing, working from home and compulsory face masks will be scrapped – while holidays are back on, although with strict conditions and a very big exception.

Brits will take a huge step towards freedom next week

Meanwhile, nightclubs will throw open their doors at midnight on Sunday – for the first time since March 2020.

The PM announced on Monday night that the big day could go ahead as planned, despite soaring infections in the UK.

But in a speech days later, he urged people to stay wary – as Covid is a “continuing menace”.

“I wish I could say that from Monday we could simply throw caution to the winds and behave exactly as we did before we’d ever heard of Covid,” he said.

“But what I can say is that if we are careful and if we continue to respect this disease and its continuing menace then it is highly probable – almost all the scientists are agreed on this – the worst of the pandemic is behind us.”

Here’s everything you can do on Monday.

Brits will no longer receive a fine if they don’t wear a face covering.

But it’s much more complicated than it first appears.

The latest guidance, issued on Wednesday, says the Government “expects and recommends” masks to be worn by workers and customers in crowded, enclosed spaces such as public transport.

And London’s mayor has now announced commuters will banned from taking Tubes, trains or buses without a mask.

Sadiq Khan said: “I’m not prepared to stand by and put Londoners, and our city’s recovery, at risk.”

Outside of the capital, commuters will largely be encouraged to wear a mask while on a bus or train.

People in West and South Yorkshire will have to continue wearing face masks in bus stations, while passengers using the Metro in the North East will also be required to wear a face covering.

Travellers using Metrolink in Manchester or the Heathrow Express will have to cover up, while the same is demanded for Eurostar passengers.

Meanwhile, those lucky – or brave – enough to be heading abroad are also likely to have to mask up, with BA, easyJet and Ryanair all insisting on coverings.

But other companies confirmed they will not make masks compulsory – including Avanti West Coast, TransPennine Express and Southeastern.

Major bus and coach companies including National Express and Megabus have also followed suit and won’t insist on a mask.

However, supermarkets do want their customers to carry on wearing masks.

Sainsbury’s, Tesco, Asda, Lidl, Morrisons and Waitrose say they’ll encourage shoppers and staff to keep up with their face coverings.

Finally, staff, patients and visitors to all NHS settings- including hospitals and GP surgeries – must continue to keep their masks on and socially distance too.

The one-metre-plus social distancing rule will be scrapped on July 19 in a huge boost for the hospitality industry.

Some clubs will reopen at midnight on Sunday as the Great British night out makes a roaring return.

It comes as a huge boost to the hospitality industry, which has struggled to make a profit with limited capacity allowed indoors due to social distancing regulations.

In an address to Brits earlier this month, the PM said: “If we don’t go ahead now, when the summer fire break is coming up, the school holidays, all the advantages, that that should give us in fighting the virus, the question is, when will we go ahead?”

Punters will no longer need to check in to venues by scanning a QR code using the Test and Trace app.

Half a million people in England have been forced to self-isolate in the first week of July alone amid claims neighbours are being told to stay home unnecessarily as they’re being ‘pinged’ through walls.

Meanwhile, punters will be able to order from the bar again after months of table service.

BACK TO THE OFFICE

Brits will be heading back to the office from July 19 after months of remote working.

Current guidance states that employees who can work from home must do so – despite swathes of the economy being open.

But the rules will change from July 19 to allow firms to tell employees how and where they should work.

The move comes as a boost for city centres, with many businesses seeing a plunge in revenue due to the lack of commuters.

The Rule of Six will finally be scrapped in a huge boost for the hospitality industry.

Groups of more than 30 people will also be allowed to meet up as limits on large gatherings are eased.

And that means nightclubs, strip clubs, shisha bars and music venues can finally reopen after being forced to close their doors in March last year.

The Night Time Industries Association (NTIA) welcomed the “very important steps” of lifting restrictions “which have decimated the night time economy over the last sixteen months”.

Mass events, including festivals, will also be allowed from July 19, the PM said.

However, even when they can go ahead it’s believed vaccine passports may be required.

All Points East, Parklife and Reading and Leeds festivals are among those going ahead this summer.

Buckle up if you’re hoping to head away this summer – there’s a lot to know.

Summer breaks have been thrown into chaos as countries move around the UK’s travel ‘traffic light’ system.

And the situation has become even more complicated after travellers returning from France were told they’ll have to comply with quarantine – even if they’re fully vaccinated.

Officials recently announced that double-jabbed Brits will be able to skip quarantine when travelling back from amber-listed countries were confirmed last week.

In theory, it means countries on the current amber list – like Spain, Portugal and Greece – will finally reopen to sun-seekers desperate for a beach break.

The big question mark hangs over trips to France. The country isn’t on the red list – but even English and Welsh tourists with both inoculations have been told they will still need to quarantine from Monday.

That’s because of concerns over “persistent” cases of the Beta variant, first identified in South Africa.

The mutation may be more resistant to vaccines.

Meanwhile, Ibiza, Menorca and Majorca have been moved to the amber list from green, with the change coming into effect on Monday.

It won’t matter for fully-vaccinated Brits, who still won’t have to quarantine when they return home.

But many of those on breaks in the party islands are young – and the update is forcing holidaymakers to race for tests and flights in a bid to get home on time.

Along with the Balearic Islands, the British Virgin Islands move from the green to amber on Monday.

These changes apply to people travelling to all parts of the UK.

Scotland and Wales continue to advise against non-essential overseas travel. Northern Ireland advises people to “avoid travelling as much as possible”.

Much-loathed school bubbles will be popped in August – meaning that kids can mix freely with their pals when they return to class in September.

Under the current rules, pupils have to self-isolate for 10 days if another pupil in their bubble tests positive for the Covid-19 virus.

In some cases, this has meant that entire year groups have been sent home following an outbreak at a school.

It has led to concerns many students are missing school unnecessarily with almost 50 MPs calling for the rule to be scrapped.

Staggered start and finish times at schools will also be dropped.

Elsewhere, double-jabbed Brits won’t have to isolate after contact with an infected person from August.

The mandatory 10-day quarantine for those in close contact with a case will be torn up, but not yet.

It means anyone alerted by Test and Trace or the NHS App must — by law — isolate at home for a month to come, even if they test negative.

From next month, the new Health Secretary Sajid Javid says those who test positive will still have to self-isolate for 10 days – even if they’re jabbed.

Spelling out the rules in the Commons Mr Javid said that anyone who gets their second dose on the cusp of August 16 will still need to wait two weeks so the extra protection can kick in.

He also confirmed under-18s – who are not eligible for vaccines – will also be able to avoid quarantine if they come into contact with a Covid case.

He said: “Instead they’ll be given advice about whether they should get tested, dependent on their age and will need to self-isolate only if they test positive.”

There’s lots of anger out there about the so-called Covid contact ‘pingdemic’.

The NHS’s test and trace app is being blamed, with some claiming it’s simply too sensitive. 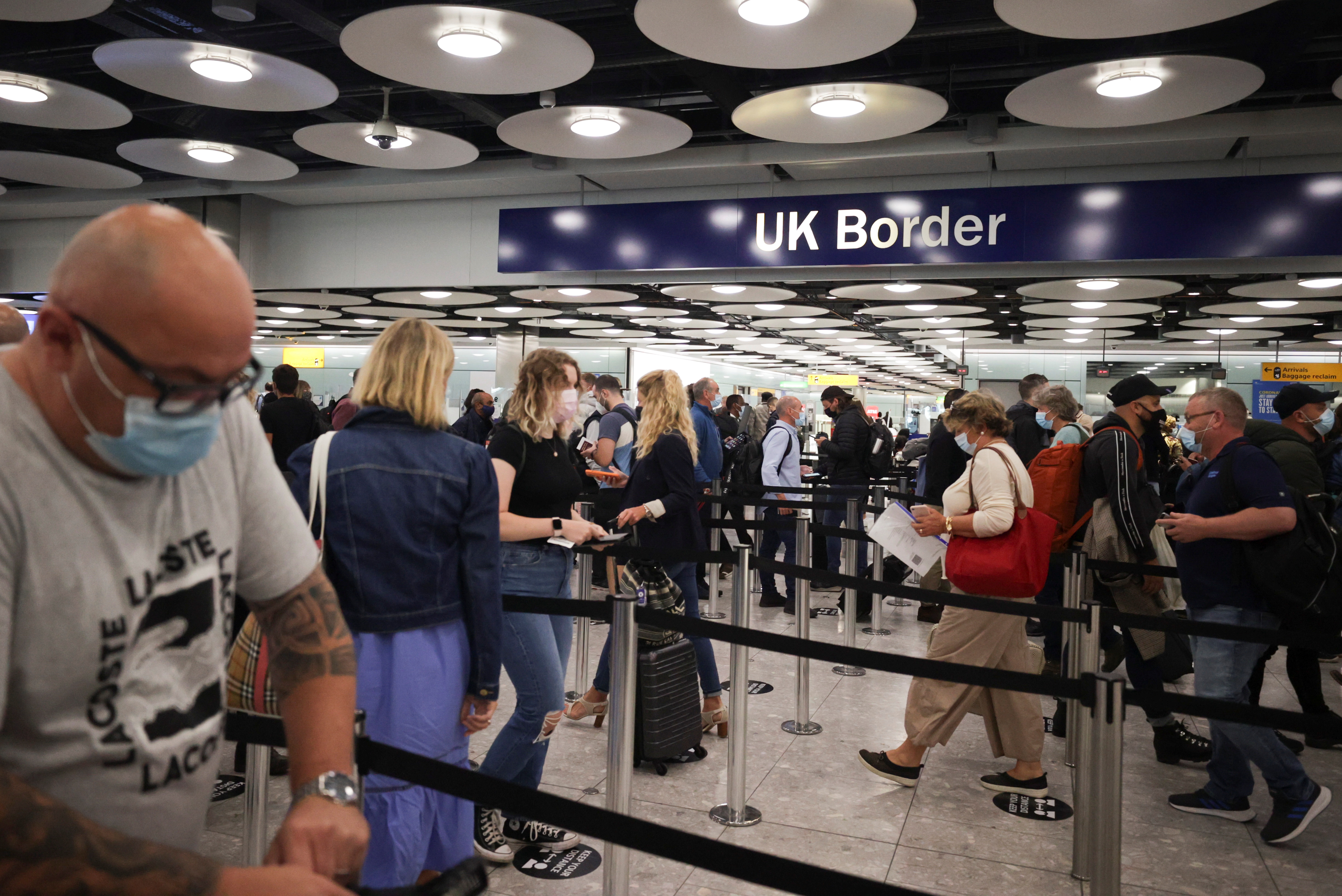 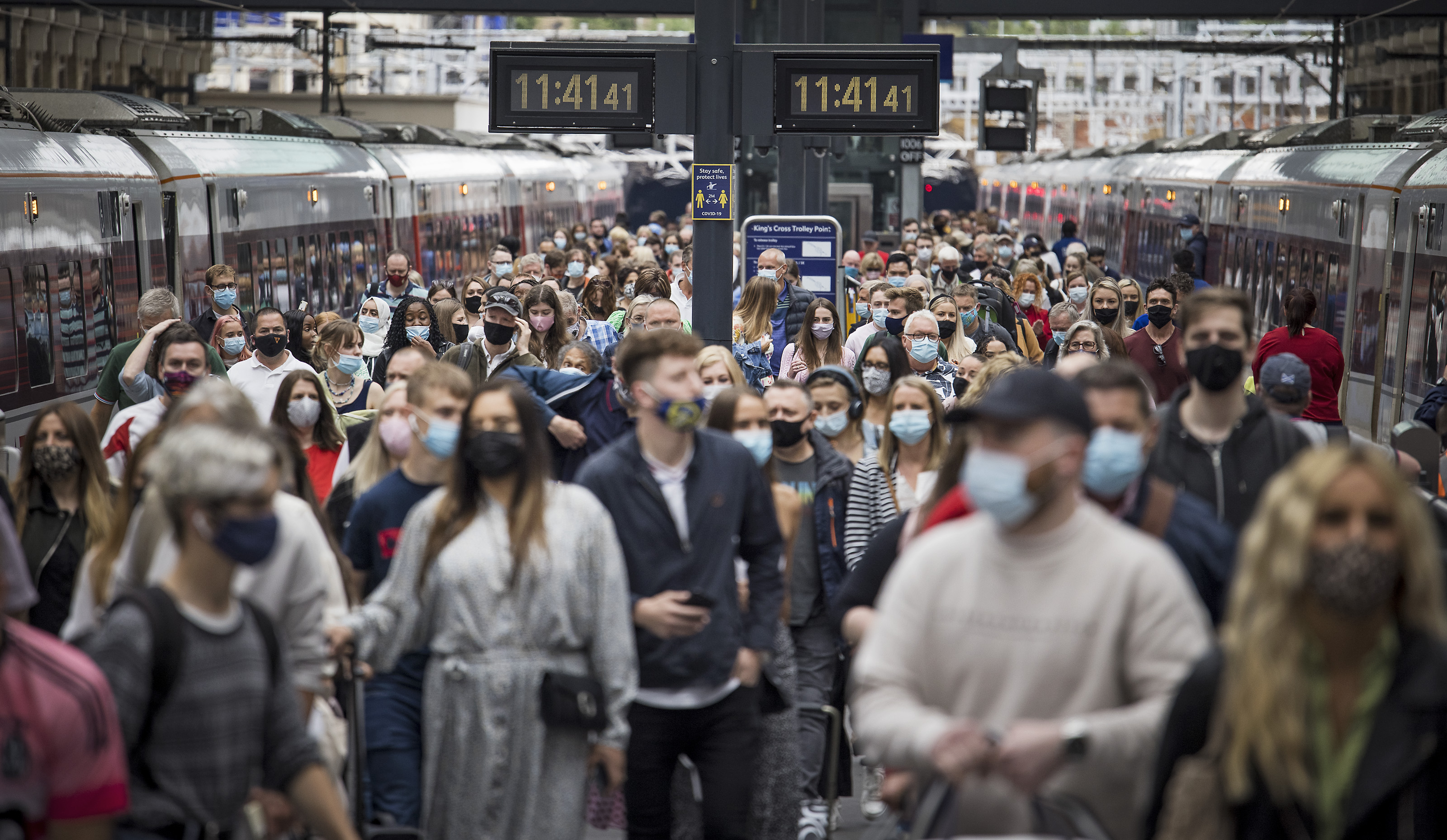 Millions will return to the office as social distancing is scrappedCredit: LNP 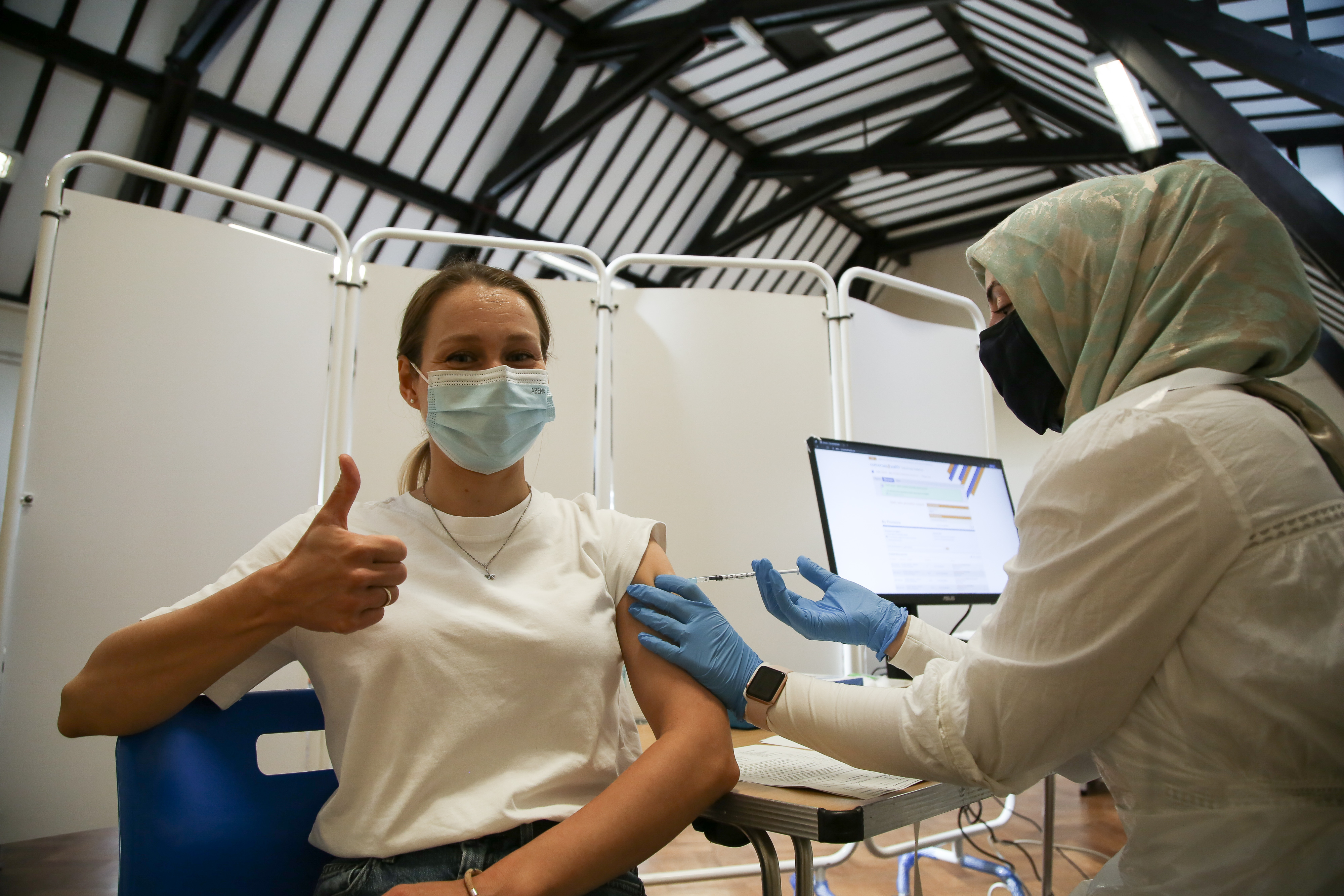 It comes as the vaccinations programme rolls on, with many now double-jabbedCredit: LNP