MILLIONS of people face being evicted from their homes after Joe Biden refused to extend the eviction moratorium giving protections for tenants.

The federal eviction moratorium ends today leaving those whose have struggled to pay their rent facing being booted out of their homes as the delta variant of the coronavirus is spreading rapidly.

Roxanne Schaefer, outside her Rhode Island apartment building, is months behind on her rent and now faces being evictedCredit: AP 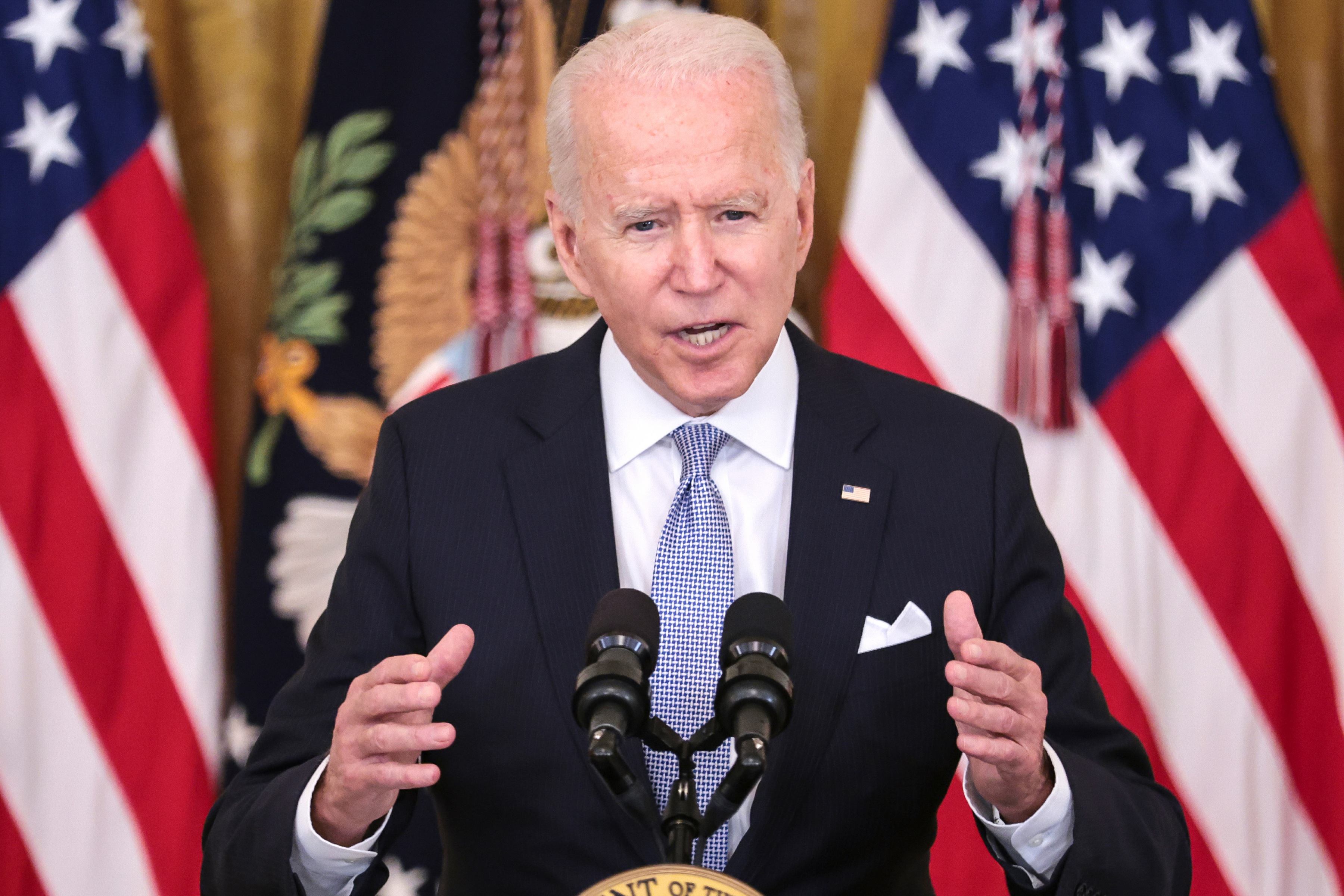 The Biden administration claimed its hands were tied over not being able to extend the moratoriumCredit: CNP

The announcement the moratorium would end was announced Thursday with the Biden administration saying it wanted to extend it due to rising infections but claimed its hands were tied after the US Supreme Court signaled in June it wouldn’t be extended beyond the end of July without congressional action.

House lawmakers on Friday attempted, but failed, to pass a bill to extend the moratorium even for a few months.

Some Democratic lawmakers had wanted it extended until the end of the year.

“August is going to be a rough month because a lot of people will be displaced from their homes,” said Jeffrey Hearne, director of litigation Legal Services of Greater Miami, Inc. “It will be at numbers we haven’t seen before. There are a lot of people who are protected by the … moratorium.”

The moratorium, put in place by the Centers for Disease Control and Prevention in September to try to prevent the spread of the coronavirus, is credited with keeping two million people in their homes over the past year as the pandemic battered the economy, according to the Princeton University’s Eviction Lab.

Eviction moratoriums will remain in place in New York, New Jersey, Maryland, Illinois, California and Washington, DC, until they expire later this year.

Elsewhere, the end of the federal moratorium means evictions could begin Monday, leading to a years’ worth of evictions over several weeks and ushering in the worst housing crisis since the Great Recession.

Roxanne Schaefer, already suffering from myriad health issues, including respiratory problems and a bone disorder, is one of the millions fearing homelessness.

In a rundown, sparsely furnished Rhode Island apartment she shares with her girlfriend, brother, a dog and a kitten, the 38-year-old is $3,000 behind on her $995 monthly rent after her girlfriend lost her dishwasher job during the pandemic.

Boxes filled with their possessions were behind a couch in the apartment, which Schaeffer says is infested with mice and cockroaches, and even has squirrels in her bedroom.

The landlord, who first tried to evict her in January, has refused to take federal rental assistance, so the only thing preventing him from changing the locks and evicting her is the CDC moratorium.

“I got anxiety. I’m nervous. I can’t sleep,” said Schaefer, of West Warwick, Rhode Island, over fears of being thrown out on the street. “If he does, you know, I lose everything, and I’ll have nothing. I’ll be homeless.”

More than 15million people live in households that owe as much as $20billion to their landlords, according to the Aspen Institute.

As of July 5, roughly 3.6million people in the US said they faced eviction in the next two months, according to the US Census Bureau’s Household Pulse Survey.

Parts of the South and other regions with weaker tenant protections will likely see the largest spikes, and communities of color, where vaccination rates are sometimes lower, will be hit hardest.

But advocates say this crisis is likely to have a wider impact than pre-pandemic evictions, reaching suburban and rural areas and working families who lost their jobs and never before experienced an eviction.

“I know personally many of the people evicted are people who worked before, who never had issues,” said Kristen Randall, a constable in Pima County, Arizona, who will be responsible for carrying out evictions starting Monday.

“These are people who already tried to find new housing, a new apartment or move in with families,” she said. “I know quite a few of them plan on staying in their cars or are looking at trying to make reservations at local shelters. But because of the pandemic, our shelter space has been more limited.”

“We are going to see a higher proportion of people go to the streets than we normally see. That is unfortunate.”

The crisis will only get worse in September when the first foreclosure proceedings are expected to begin.

An estimated 1.75million homeowners — roughly 3.5 per cent of all homes — are in some sort of forbearance plan with their banks, according to the Mortgage Bankers Association.

By comparison, about 10million homeowners lost their homes to foreclosure after the housing bubble burst in 2008.

The Biden administration had hoped that historic amounts of rental assistance allocated by Congress in December and March would help avert an eviction crisis.

But so far, only about $3billion of the first tranche of $25billion had been distributed through June by states and localities.

Another $21.5billion will go to the states. The speed of disbursement picked up in June, but some states like New York have distributed almost nothing. Several others have only approved a few million dollars.

“We are on the brink of catastrophic levels of housing displacement across the country that will only increase the immediate threat to public health,” said Emily Benfer, a law professor at Wake Forest University and the chair of the American Bar Association’s Task Force on Eviction, Housing Stability and Equity.

Some places will see a spike in people being evicted in the coming days, while other jurisdictions will see an increase in court filings that will lead to evictions over several months.

“It’s almost unfathomable. We are on the precipice of a nationwide eviction crisis that is entirely preventable with more time to distribute rental assistance,” Benfer said.

“The eviction moratorium is the only thing standing between millions of tenants and eviction while rental assistance applications are pending. When that essential public health tool ends on Saturday, just as the delta variant surges, the situation will become dire.”

Many beleaguered tenants will be forced out into a red-hot housing market where prices are rising and vacancy rates have plummeted.

They will be stuck with eviction records and back rent that will make it almost impossible to find new apartments, leaving many to shack up with families, turn to already strained homeless shelters or find unsafe dwellings in low-income neighborhoods that lack good schools, good jobs and access to transportation. Many will also be debt-ridden.

Evictions will also prove costly to the communities they reside in. Studies have shown evicted families face a laundry list of health problems, from higher infant mortality rates to high blood pressure to suicide.

One study by the National Low Income Housing Coalition and Innovation for Justice Program at the University of Arizona found costs could reach $129billion from pandemic-related evictions.

In Rhode Island, Schaefer has struggled to grasp why her landlord wouldn’t take federal rental assistance.

Landlords, many of whom have successfully challenged the moratorium in court, argue the economy is improving and coronavirus cases are down in most places.

Those who don’t take rental assistance refuse for a variety of reasons, including a desire to get the tenant out.

“It’s not that I wanna live here for free,” Schaefer said. “I know wherever you go and live, you gotta pay. But I’m just asking to be reasonable.”

“Why can’t you take the rent relief? You know, they pay,” she added. “In the paperwork it says they’re gonna pay, like, two months in advance. At least by then, two months, I can save up quite a bit of money and get to put a down payment on somewhere else to move, and you’ll have your money that we owe you and will be moving out.” 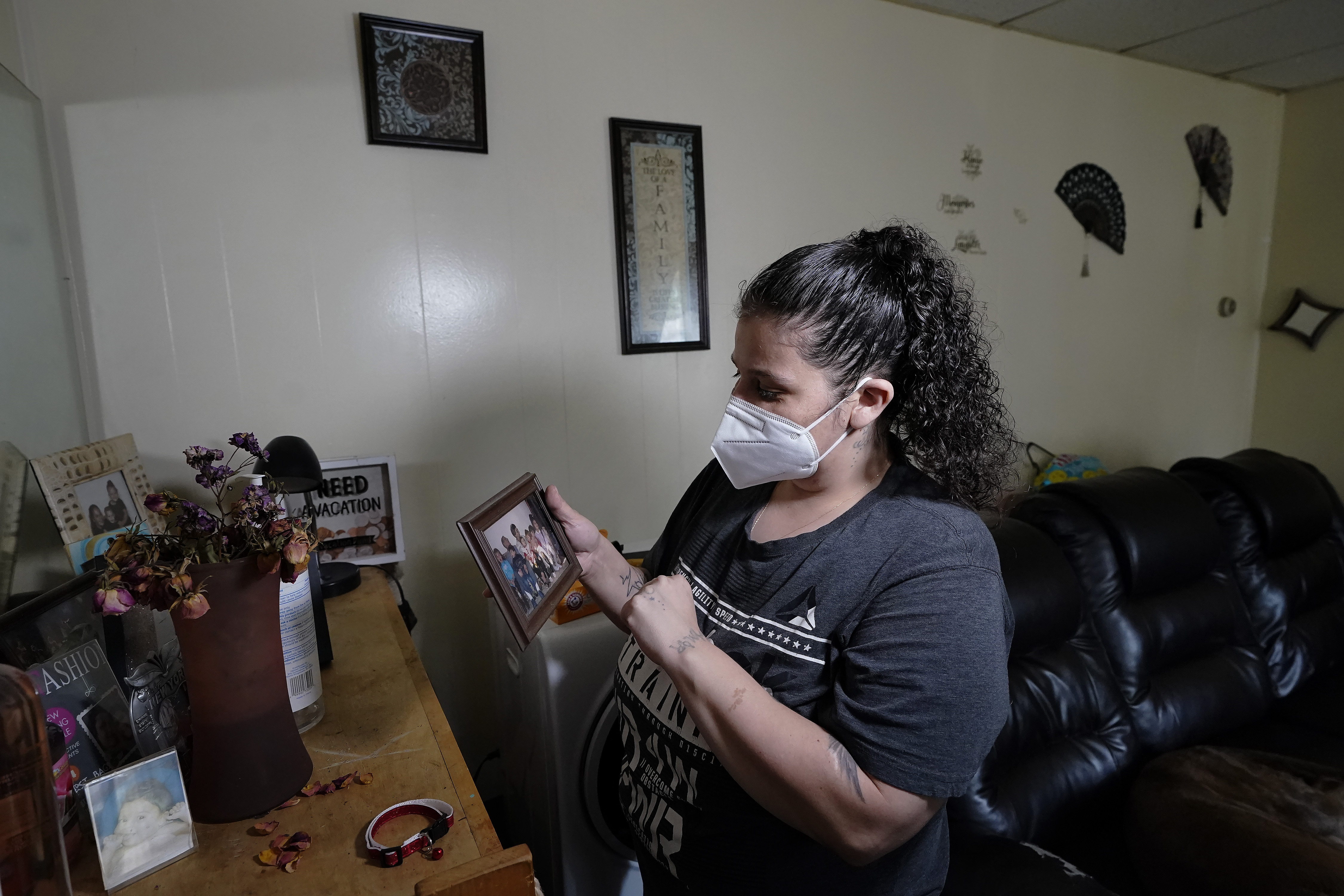 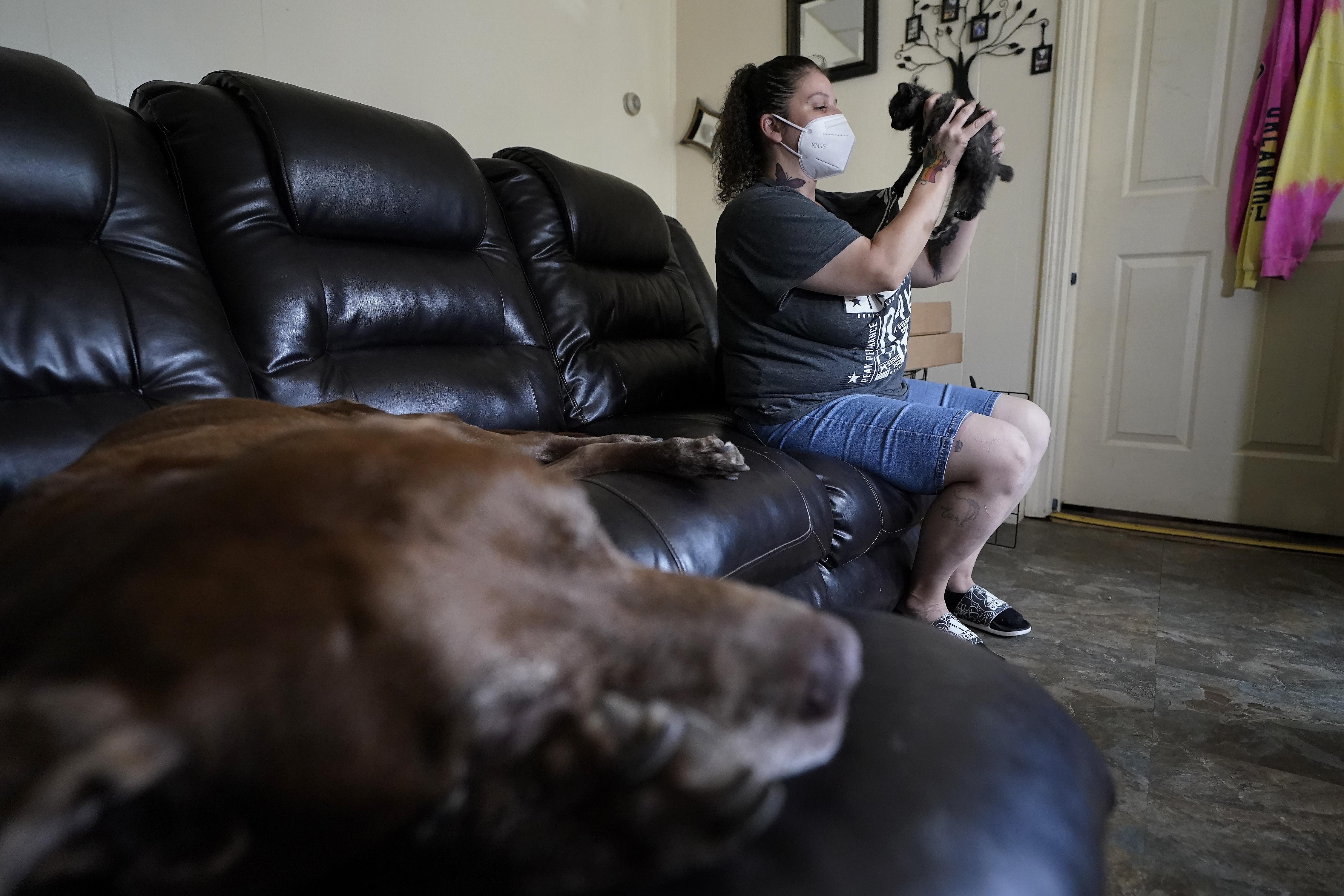 Roxanne says she will lose everything if evictedCredit: AP