A US expert has blasted the UK’s approach to lifting lockdown as a “massive experiment” to create a dangerous Covid variant.

Dr William Haseltine, a professor of public health, condemned “Freedom Day” along with several other scientists for going ahead at the “wrong time”.

Speaking on Good Morning Britain, Dr Haseltine said: “If I was to design a massive experiment to create a more dangerous virus, one that is capable of blasting through our vaccines, I would do what the UK is proposing to do.

“Half the population vaccinated, in the midst of a rampant pandemic, which would let the virus learn how to avoid our vaccines.

“That’s what I would do, and the rest of the world is justifiably concerned.”

He said there are two fears around the UK easing on restrictions.

“One is for the people of the United Kingdom who are now going to be essentially guinea pigs in a variant fortunate experiment, which is at the height of a pandemic, on the exponential rise of a pandemic, to lift measures that could protect the people.

Prime Minister Boris Johnson has defended the decision to lift England’s remaining rules on July 19 because there may not be another time, what with school children currently on holidays and the autumn and winter coming.

Asked “if not now, when?” Dr Haseltine said: “We can certainly tell you when is not the right time, and that is during the exponential rise of a new variant [Delta], which is far more infectious and possibly more lethal than others.

“The vaccination programmes that have taken place in the UK have not evaded the rate of increase of this dreadful disease.

“It is the wrong time to take such action.

“His [Boris Johnson’s] adviser should be telling him now the time to reimpose restrictions, and in fact if anything tighten up the restrictions to lessen the impact of what is already happening.” 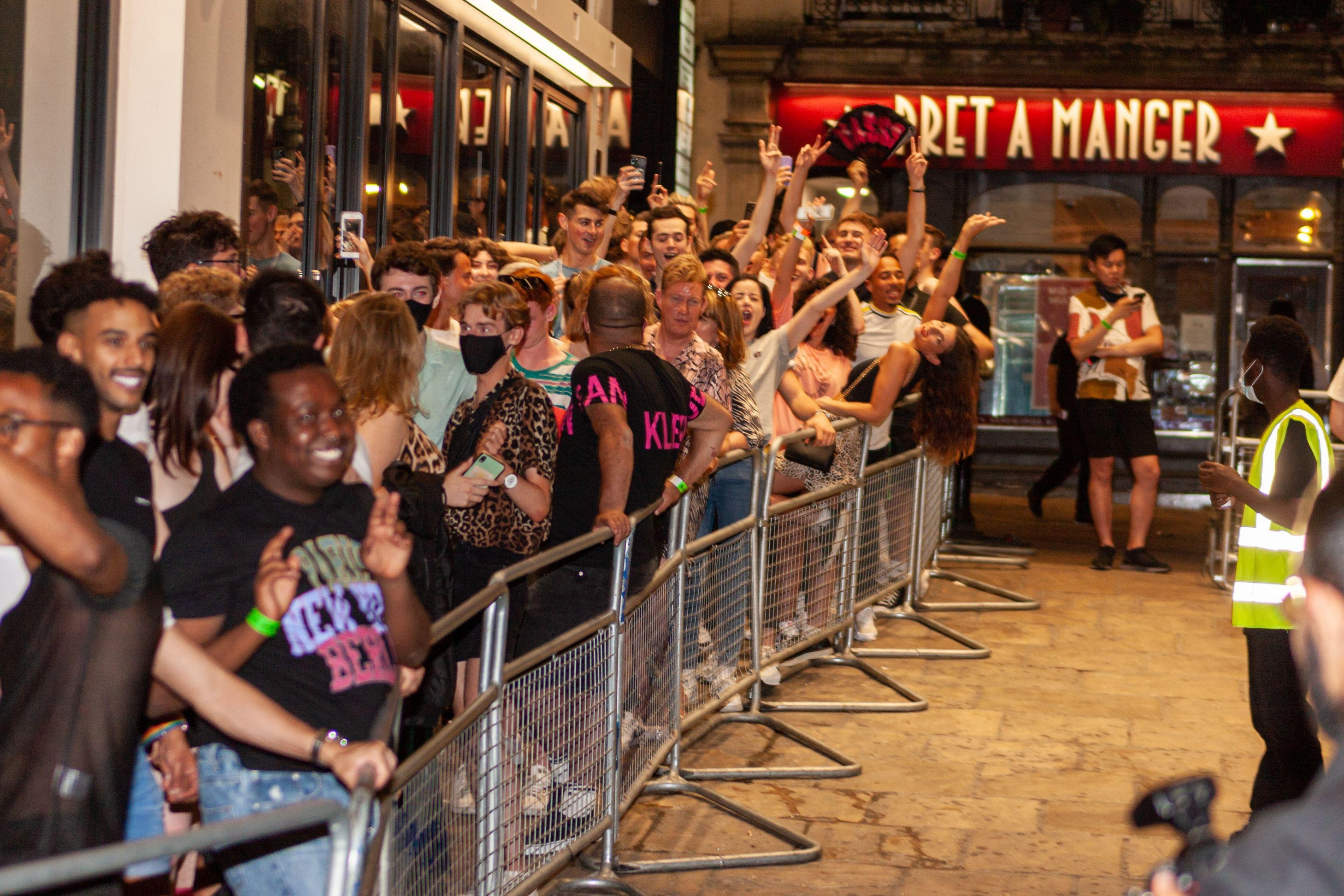 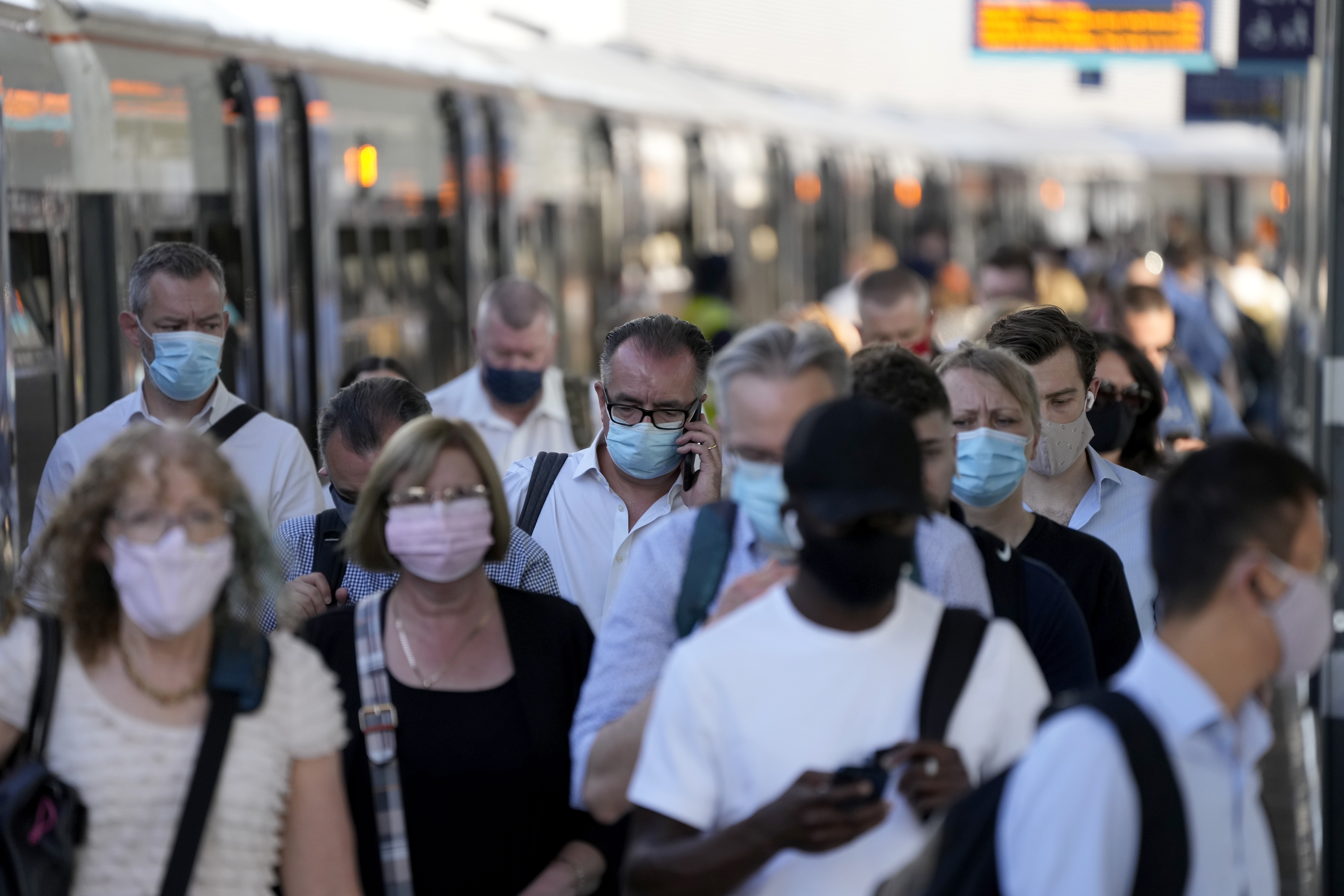 From July 19, face masks will be recommended but not compulsory in England, with social distancing rules shelved. Pictured: Commuters continue to wear masks at London Bridge this morningCredit: AP

Dr Haseltine, previously a professor at Harvard Medical School and now the founder and CEO of ACCESS Health International, was one of the 120 experts who signed a letter to the British Government last week, condemning its strategy against Covid.

The letter, published in the Lancet, described lifting restrictions while infection rates are climbing as “murderous”.

It claimed that Downing Street is pursuing a policy of “herd immunity by mass infection” which is “unscientific”.

In the letter, they warned that millions more adults would need to be double-vaccinated before the virus is allowed to spread freely through the population.

Signatories included four Sage members that advise the Government. It later rose to 1,200 after it went online and was open to any medic to sign.

Dr Haseltine said: “I’ve written that I believe that the strategy of herd immunity is actually murderous. I think that’s a word we should use, because that is what it is.

“It is knowledge that you are doing something that will result in thousands, and in some cases tens of thousands of people dying. It is a disaster as a policy.

“It’s been clear that that’s been the case for some time, and to continue to espouse that policy is unconscionable.”

Another expert today said that the timing of “Freedom Day” in England “isn’t great” due to the fact that cases are rising so fast, driven by the Delta variant.

I believe that the strategy of herd immunity is actually murderous

Sage member Professor Callum Semple said there should still be some conditions of entry to some places, such as mask wearing.

“It’s going to take a lot of self control to manage this – we know non-pharmaceutical interventions work, we know hand hygiene, face mask wearing really does work, social distancing works – it’s just a case of getting people to adhere to it on their own behaviour now.

“That’s going to be really tricky”, he told BBC Breakfast.

The alarm over Freedom Day comes despite the fact nearly 90 per cent of UK adults have had one vaccine dose, and 66 per cent have had two.

Hospitalisations and deaths are rising, but are not at levels that would have been if the vaccines were not available.

When cases were last at 50,000 a day while on an upward trajectory, at the end of December, there were 25,000 hospital inpatients and 700 deaths per day.

But the Government’s top medic has warned the number of people in hospital with coronavirus could reach “quite scary” levels within weeks.

Professor Chris Whitty warned that the number of people in hospital with Covid-19 is currently doubling about every three weeks.

In a video message posted on his Twitter feed, Mr Johnson defended the decision to go ahead with the unlocking – which was originally scheduled for June 21 under the Government’s road map – while urging people to remain cautious.

July 19 marks the day where social distancing, working from home and compulsory face masks are scrapped in England after 16 months.

Many eager people waited until midnight to get into nightclubs and down pints after the last set of Covid rules were lifted at midnight.

Measures were relaxed in Scotland, but mandatory face coverings will stay for “some time” and social distancing will remain indoors.

More freedoms were given to the Welsh, with almost all restrictions lifted on August 7. But the wearing of face masks will remain compulsory on public transport and in most indoor settings.

Lockdown easing will spike hospitalisations and deaths but ‘no perfect time to open up’, says Prof Callum Semple