EXPERTS have today labelled the Covid lockdown “too lax” – even calling for the measures to be made TOUGHER amid fears the bug could continue to spread.

Brits have been told to stay at home with non-essential shops forced to close and families unable to see each other under the current restrictions – which could last until the end of March. 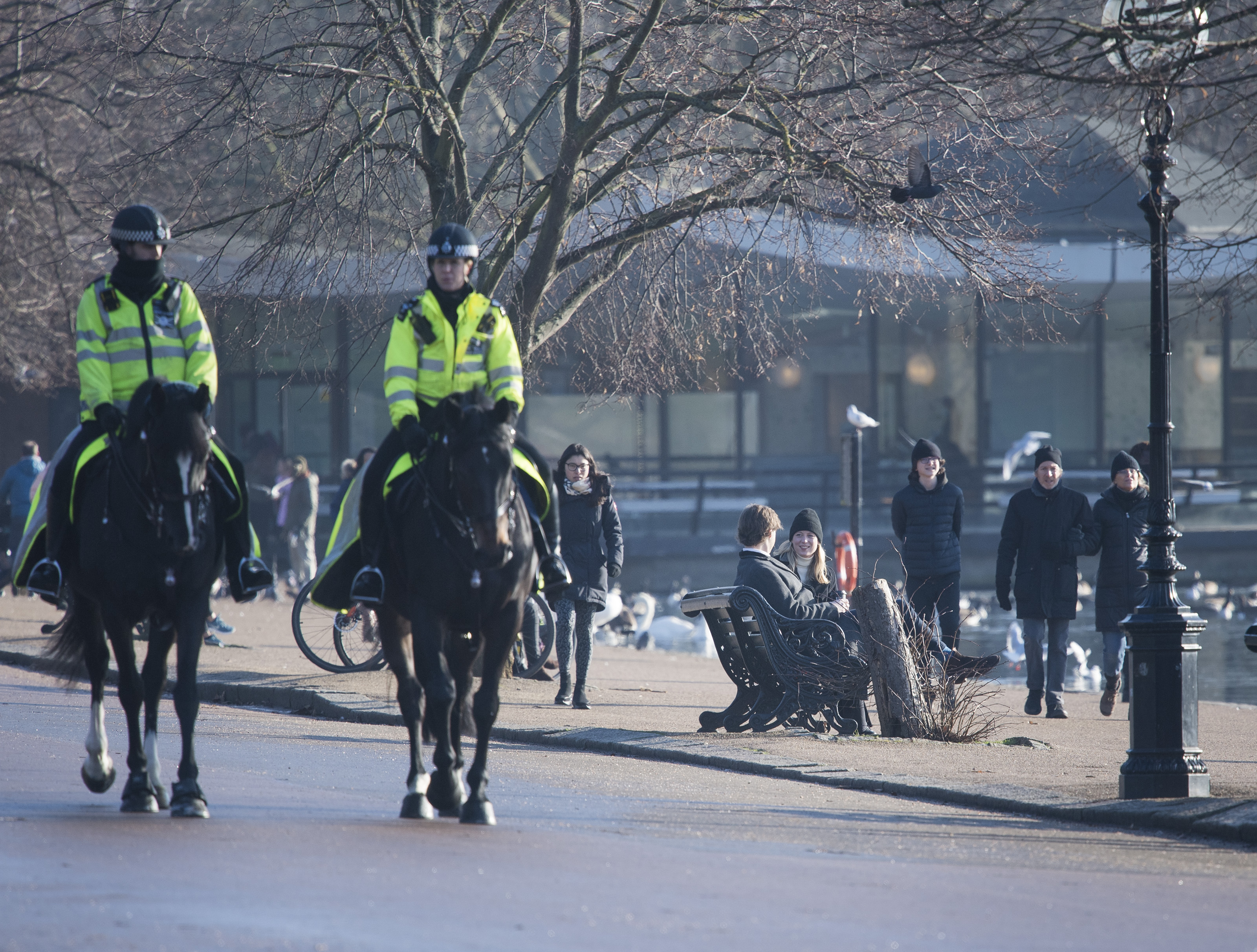 But as the bug continues to spread – with more than 79,000 deaths so far recorded and 68,000 cases reported in just one day – experts have flagged concerns the lockdown is still not enough to stop the deadly bug.

And some have even described the new Covid strain – which is more than 50% more infectious – as a “pandemic within a pandemic”.

Susan Michie, professor of health psychology at University College London, said the current lockdown was “too lax” to stop the bug from spreading.

“And secondly we have this new variant which is 50-70% more infectious. You put those two things together, alongside the NHS being in crisis, we should have a stricter rather than less strict lockdown than we had back in March.”

She said that while 90 per cent of the population were following the rules, there was still house to house contact due to keyworkers.

Boris Johnson announced the nationwide lockdown this week – with the impact of the measures yet to filter through.

The government has launched a campaign urging Brits to “act like you’ve got it” – with Chief Medical Officer Chris Whitty joining the plea.

In the ad, he begs: ““Vaccines give clear hope for the future, but for now we must all stay home, protect the NHS and save lives.”

But Dr Justin Varney, director of public health at Birmingham City Council, said he was “very worried” about another surge – with the impact of Christmas yet to be seen.

He said: “We still haven’t seen the impact in the NHS of the rapid rise that we saw around December 28-29 after the Christmas bubble and after we started to see the new variant arriving in the region.

“It is going to get a lot, lot worse unless we really get this under control but some of that is already baked into the system and it is going to play out over the next week or two.” 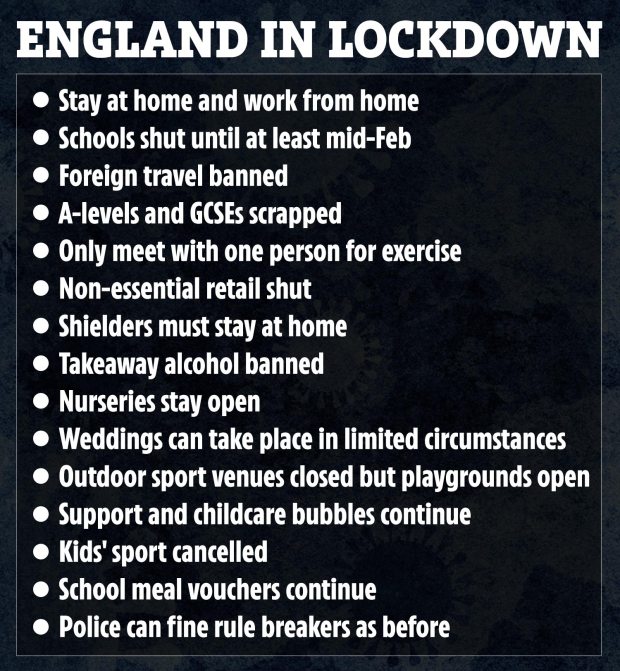 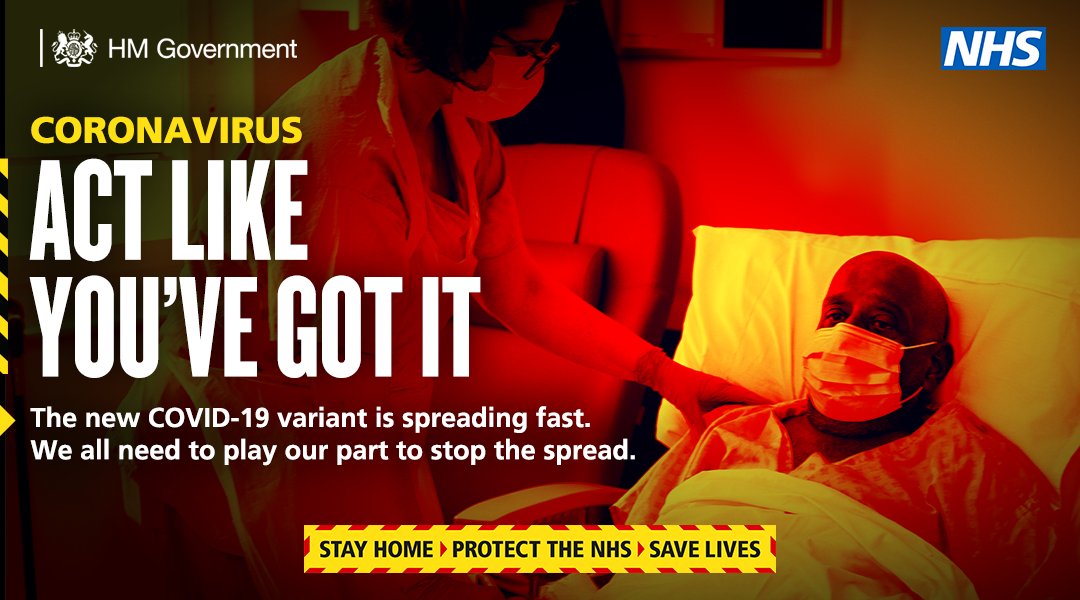 Brits have been urged to stay at home to protect the NHSCredit: HM Government 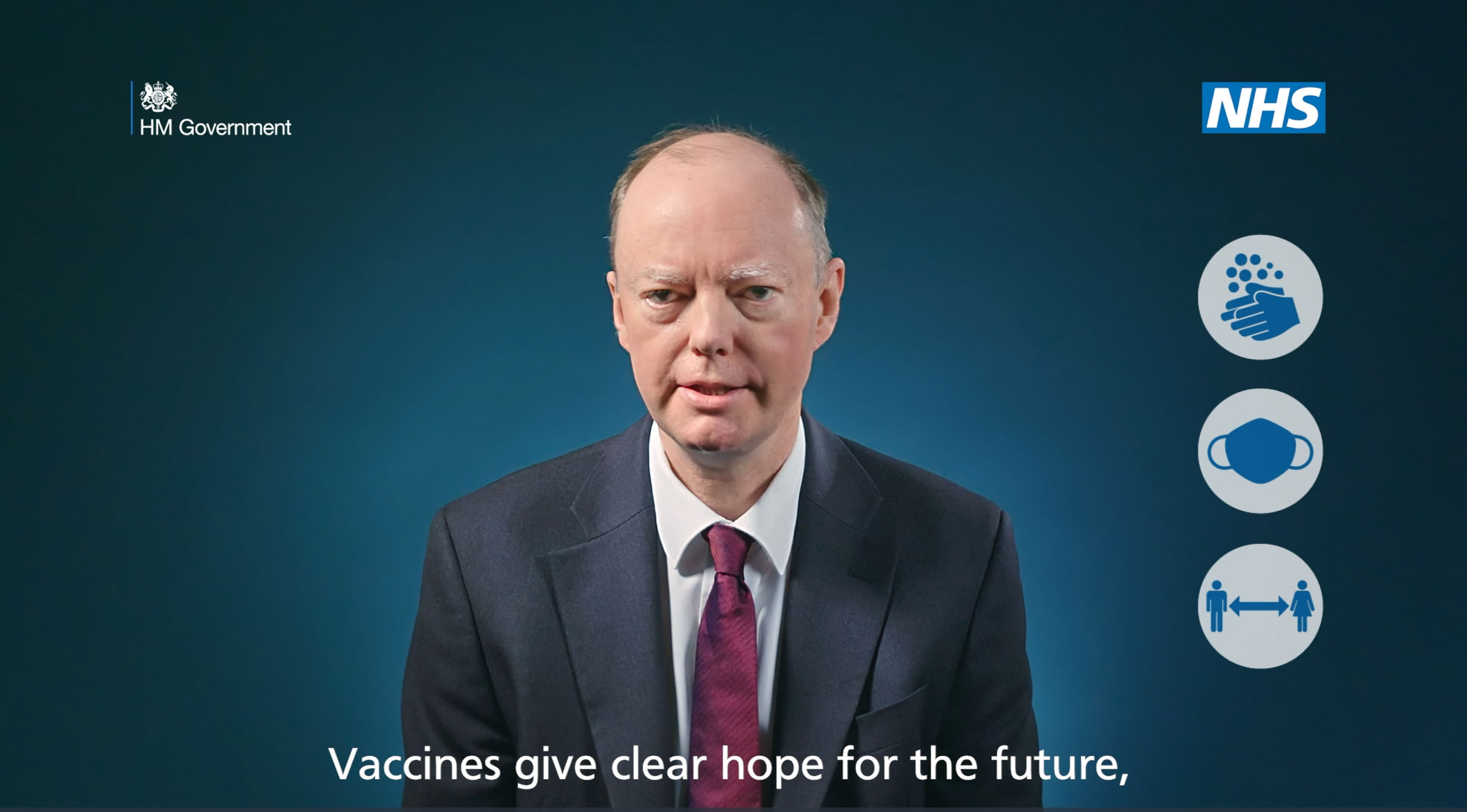 Chris Whitty has been part of the campaign asking Brits to stay at homeCredit: PA:Press Association 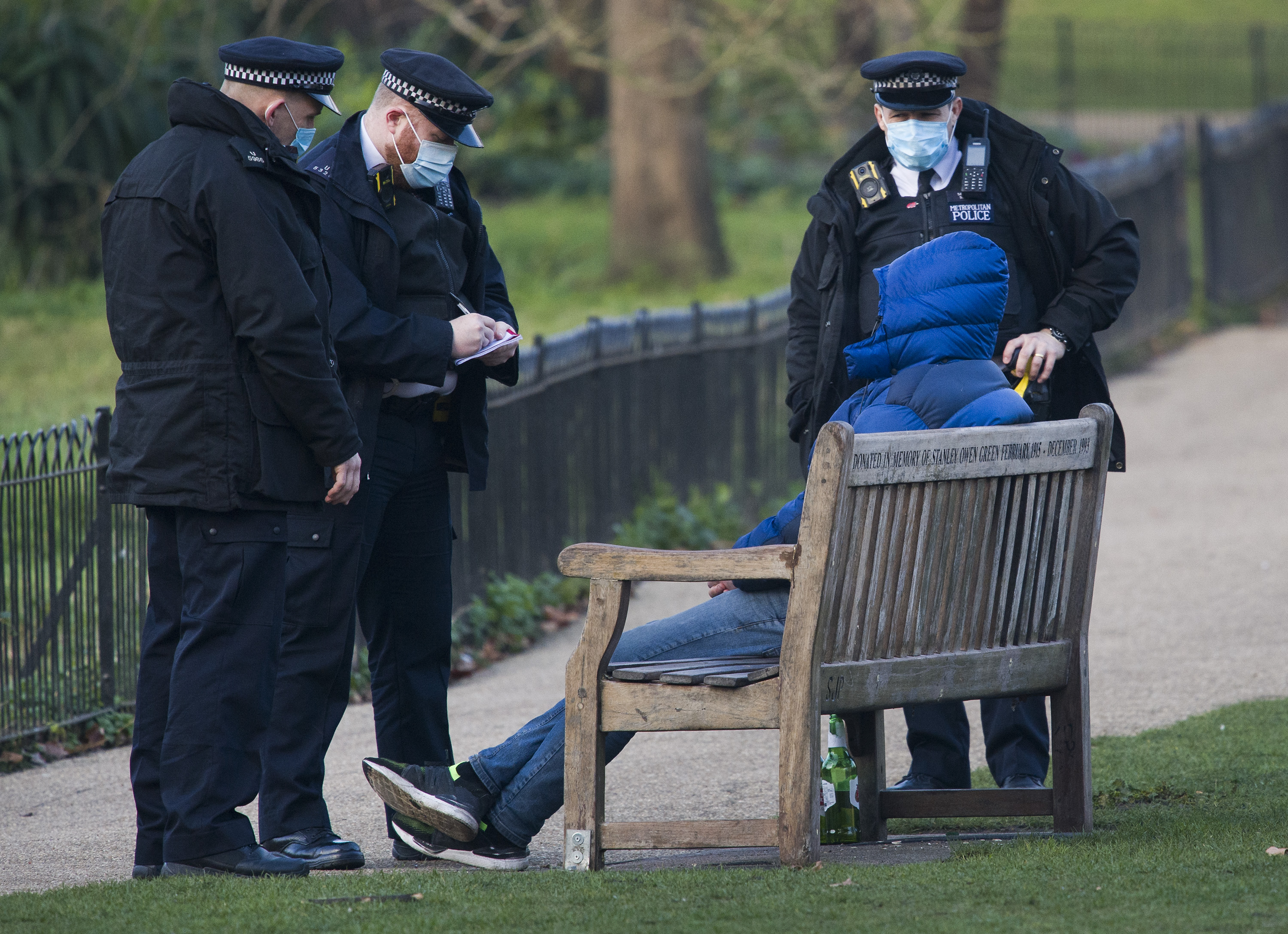 Police speak to a man at St James’ park as he sits on a benchCredit: London News Pictures 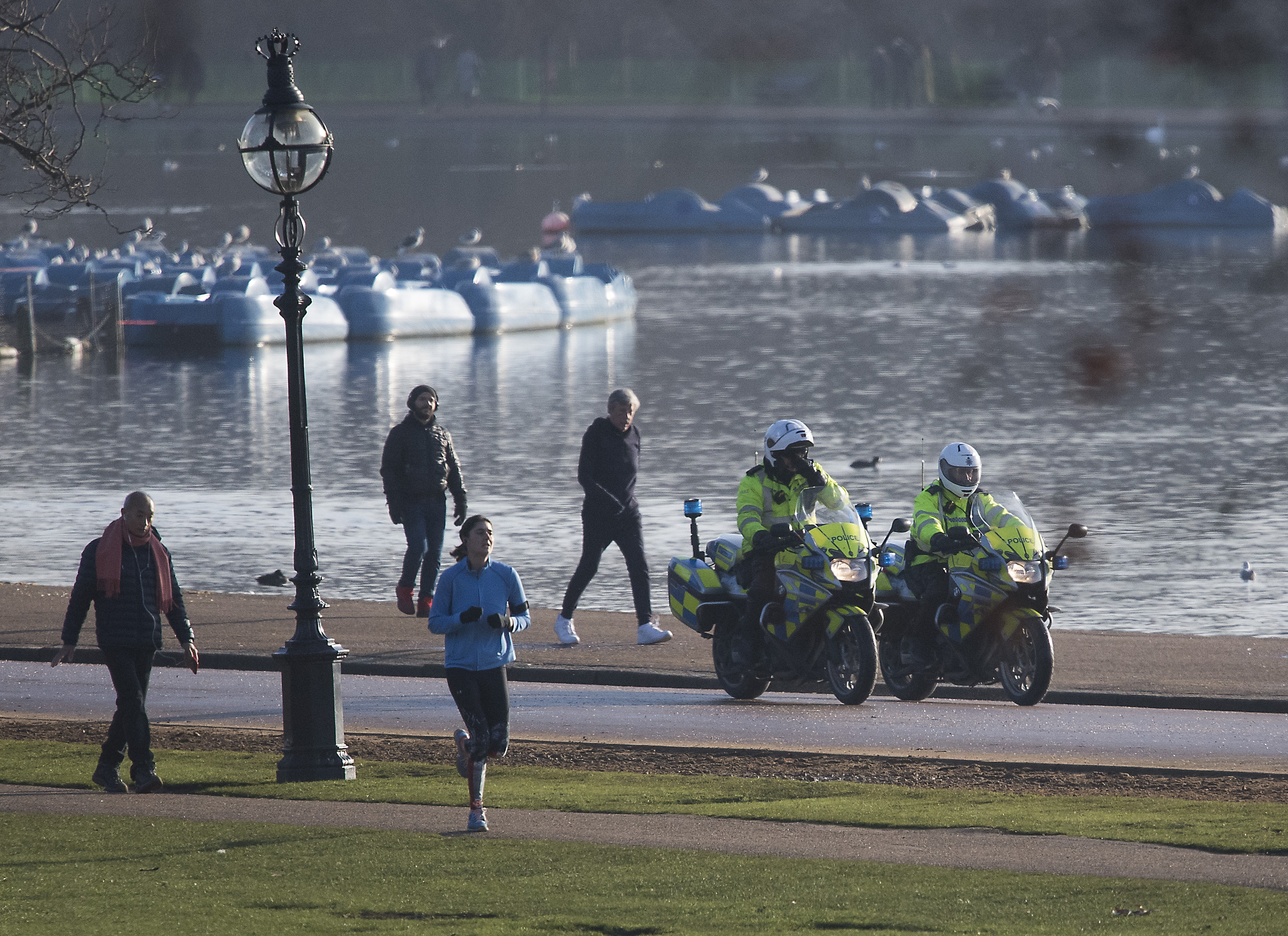 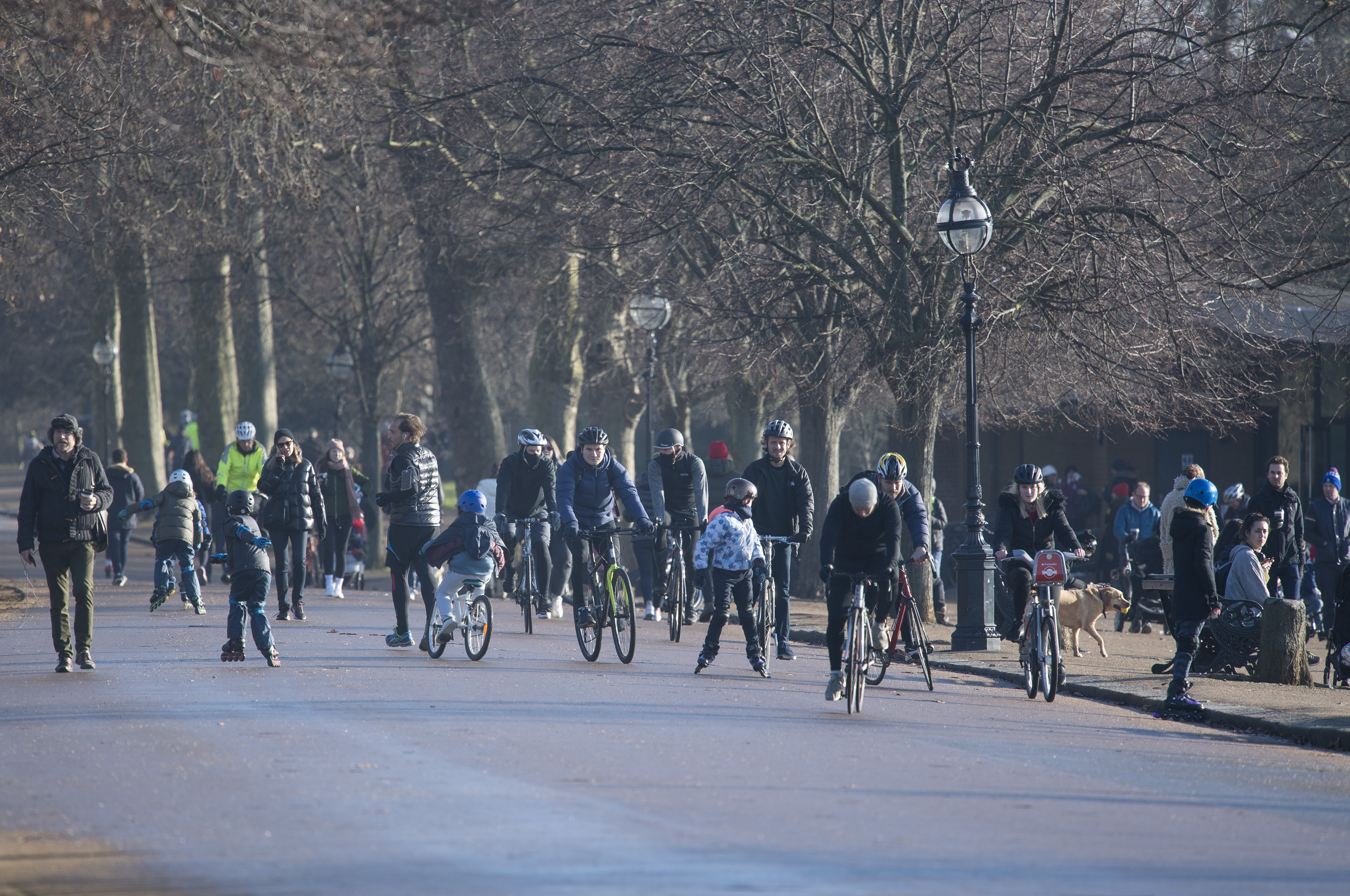 People can still go out to exercise once a dayCredit: London News Pictures 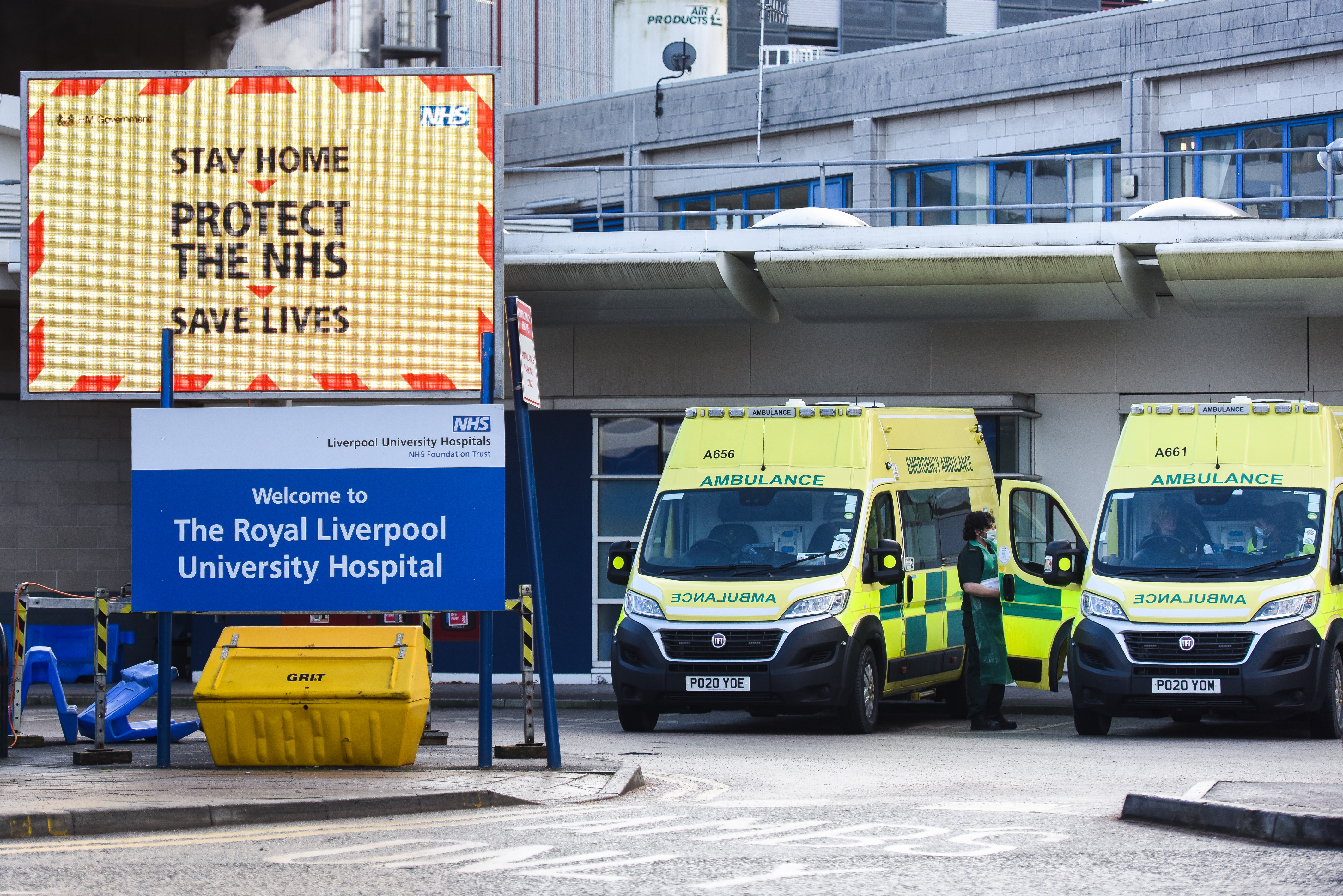 Hospitals are continuing to be hit by the bugCredit: Mercury Press

Professor Robert West, a participant in the Scientific Pandemic Influenza Group on Behaviours (SPI-B), also warned the current lockdown rules are “still allowing a lot of activity which is spreading the virus”.

Asked if he thinks they should change, he told BBC News: “Yes, I do. Not just me. I think probably most of the people I talk to, epidemiologists, and medical scientists and virologists.”

And Dr Simon Walsh, deputy chair of the British Medical Association’s consultants committee warned things are likely to get worse before they get better for hospitals.

He told BBC Breakfast: “I’m afraid all of us who are working on the front line believe, and this is based on the evidence I’m afraid, that it is going to get worse before it gets better.”

He said critical care was having to be spread “more and more thinly”, with as many as three patients per intensive care nurse, rather than the usual standard of one-to-one care.

And while vaccines are starting to be rolled out to the most vulnerable, Boris has warned Brits that it’s not over yet.

It is going to get a lot, lot worse

Dr Adam Kucharski, an epidemiologist at the London School of Hygiene and Tropical Medicine, said the new coronavirus variant should be treated as a “new pandemic within a pandemic”.

Cops have promised to take a tougher approach to those flouting restrictions amid reports that officers will fine Brits the first time they are caught without a face mask or leave home without a reasonable excuse.

Under the measures, rule breakers will be hit with a £200 fine for a first offence which will then double to £400 for a second.

The penalties could continue to double to as much as £6,400 if Brits continue to ignore life-saving restrictions.

The Metropolitan Police has said that officers would still attempt to “engage, explain and encourage” Brits before enforcing the rules – but warned they would issue fines more quickly.

They added that “those not wearing masks where they should be and without good reason can expect to be fined – not reasoned with”.

It comes as government ministers are considering even tougher measures including making face masks compulsory in busy outdoor areas.

London mayor Sadiq Khan has called for face coverings to be worn outside the home as he declared a major incident in the capital. 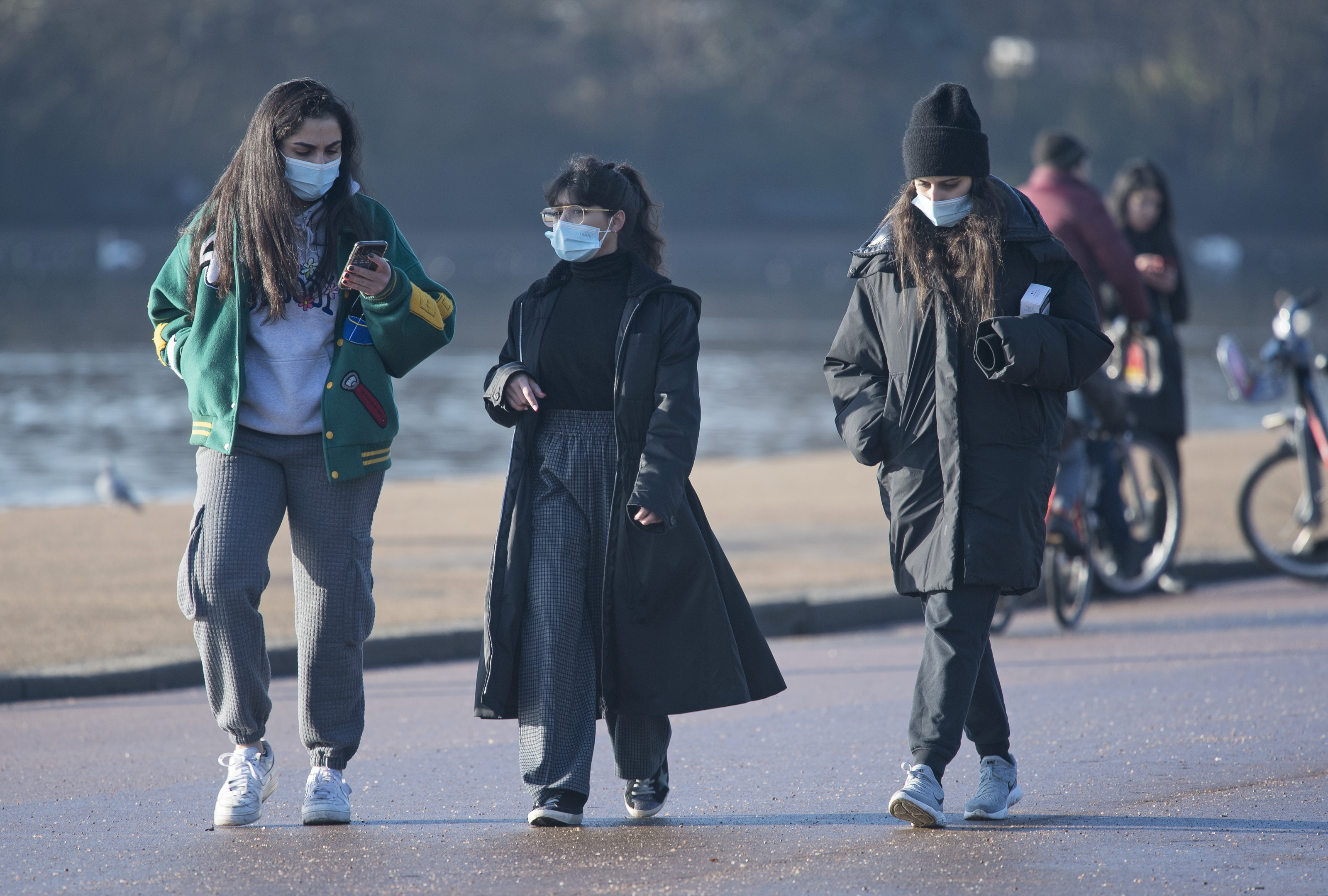 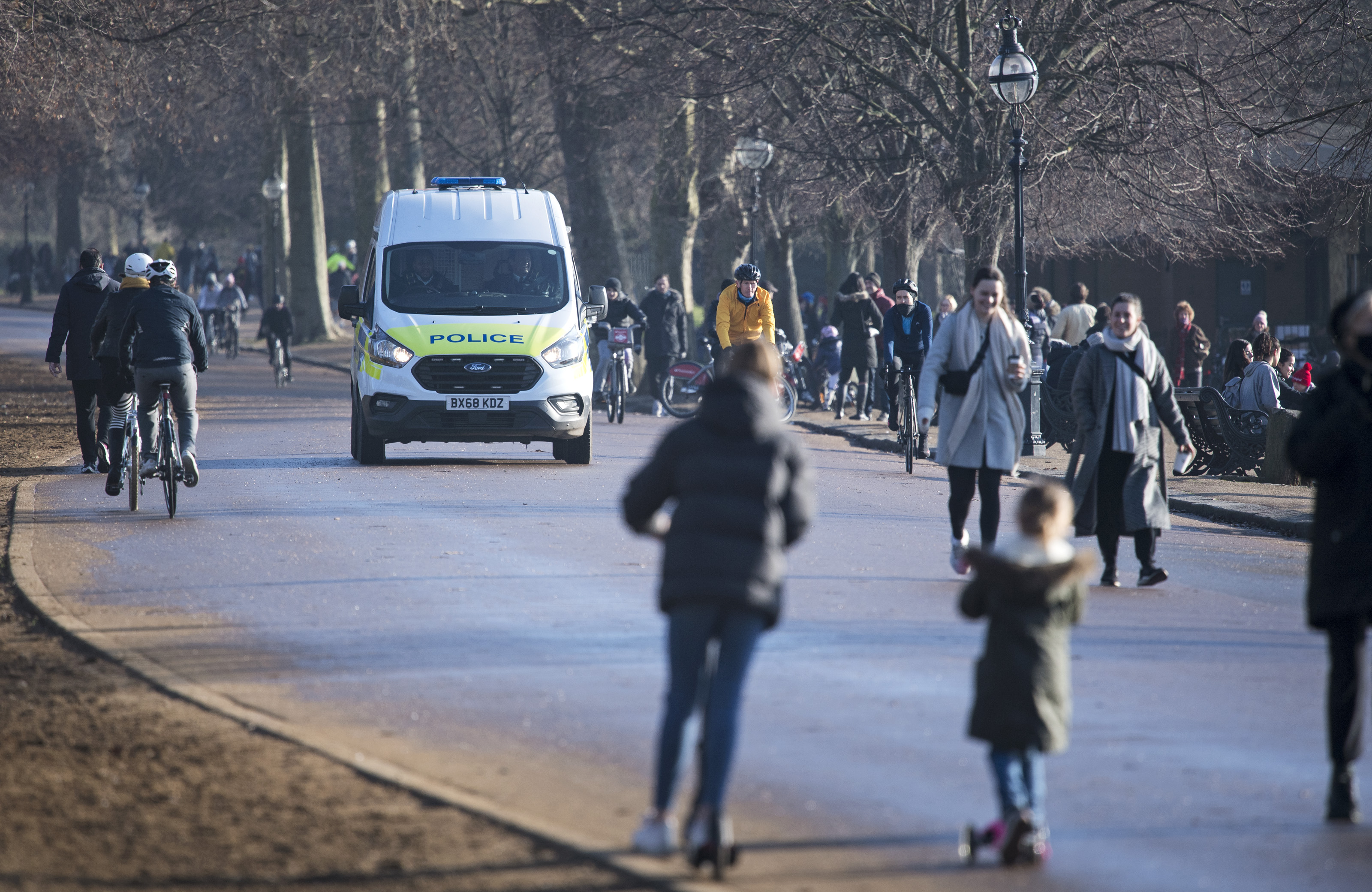 The lockdown could last until MarchCredit: London News Pictures 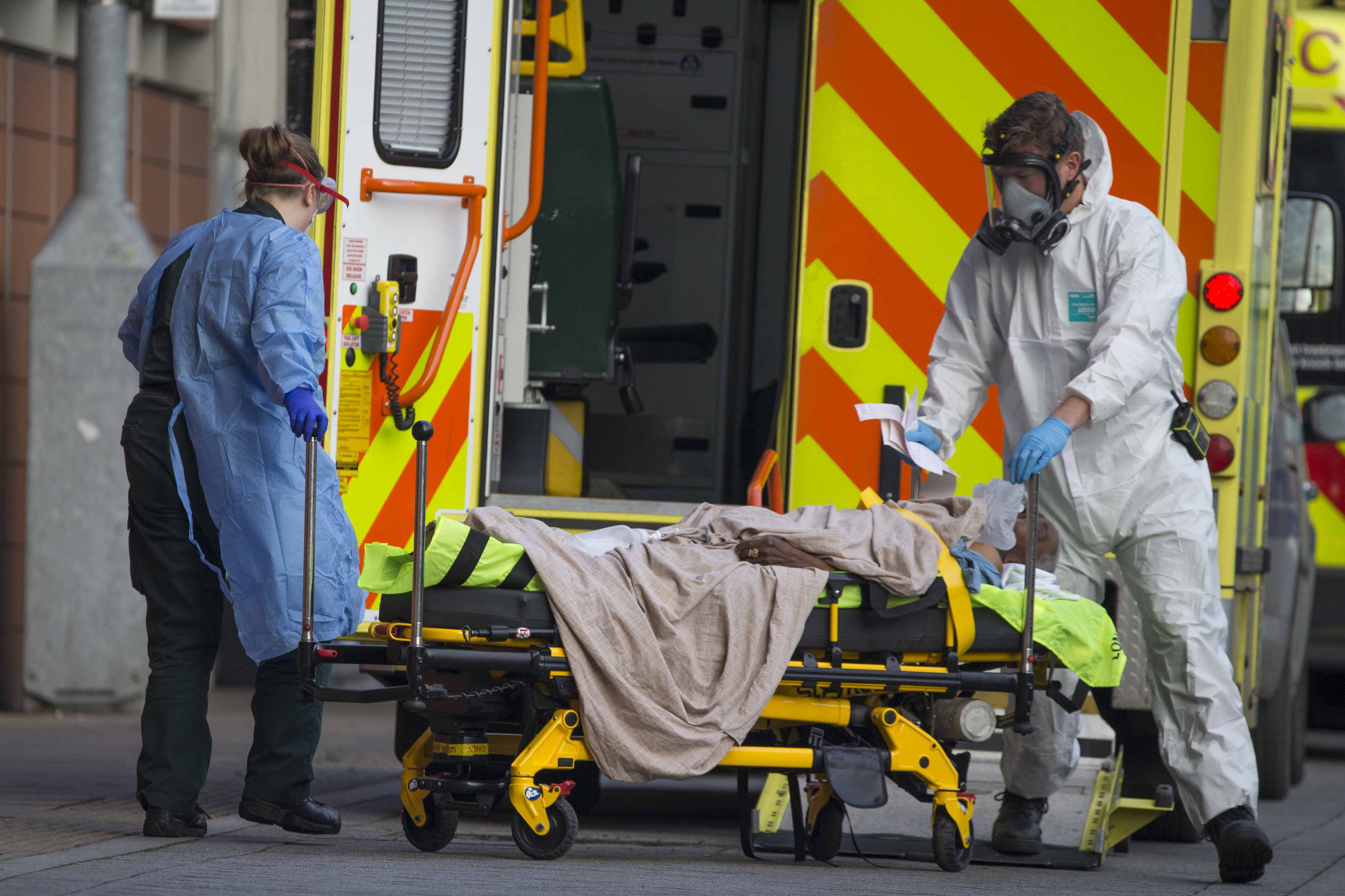 A patient is rushed to hospital as cases increaseCredit: London News Pictures 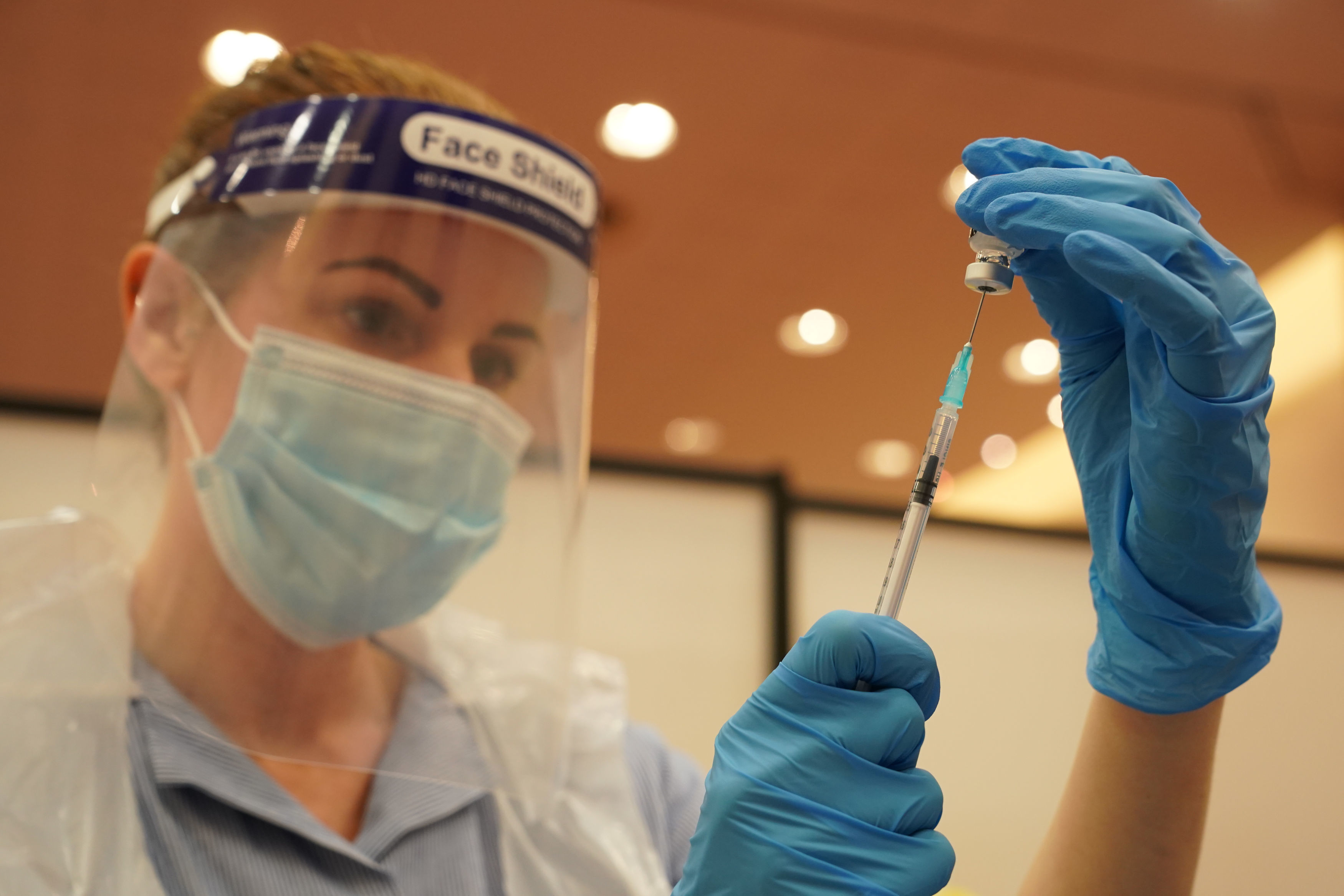 Vaccinations will help the UK get out of the lockdown – but we must be patient for now, Boris Johnson has said

Boris Johnson vows everyone in UK will be within 10 miles of Covid vaccination centre with 1,200 sites open by next week 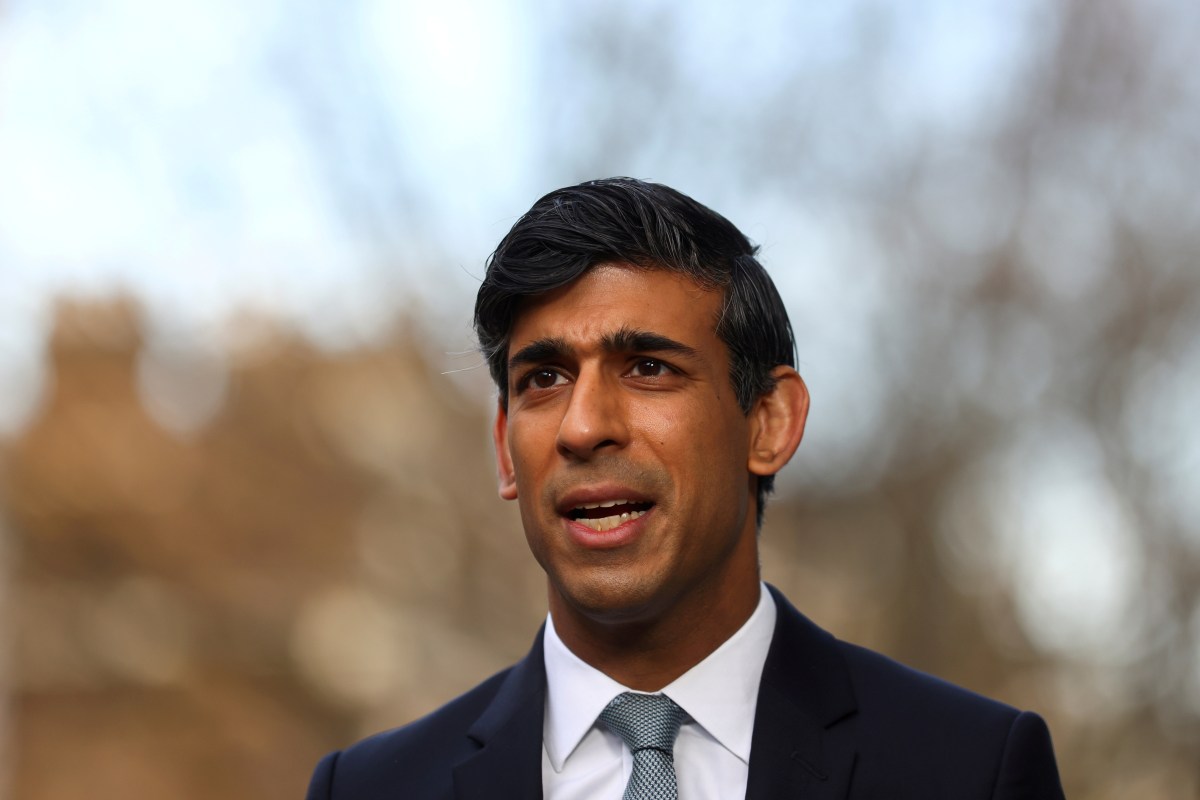