A FACTORY worker at a Marks and Spencer plant has died after contracting coronavirus after 70 staff tested positive.

Some 139 staff were off work and a further 69 were self-isolating after the major outbreak at the factory, which supplies M&S salads. 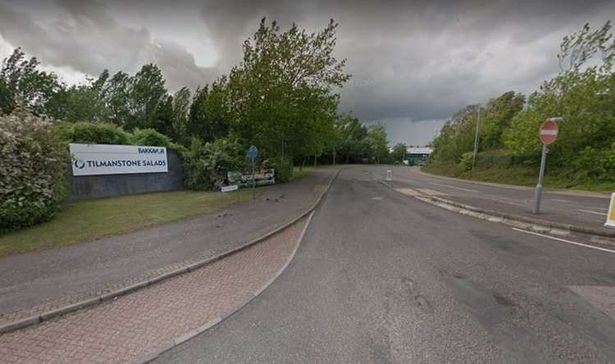 Unions are demanding Bakkavor Tilmanstone factory near Dover, Kent is closed for a deep clean after a surge in Covid cases in November.

Infections more than doubled from 35 in the third week of last month to 79 by the end of the month, according to figures released by the GMB Union.

The site is thought to employ more than 800 people, but many are office staff who are working from home.

Staff continued to work on the factory floor throughout the pandemic as they are classified as key workers.

GMB says anyone forced to self-isolate should still receive full pay for a COVID-related absence and has demanded mass testing to all staff.

GMB has launched a formal collective grievance against Bakkavor, which has 24 factories around Britain and also supplies to other major supermarket chains.

The company was criticised in the summer at one of its other sites at Newark, Nottinghamshire for failing to enforce social distancing and face mask rules.

GMB organiser Frank Macklin said despite 25 per cent of workers being affected either through infection or isolation, Public Health England had not stepped in.

He added: “Bakkavor Tilmanstone Salads had only experienced a few positive cases of COVID-19 before November, but we have now seen the virus sweep through the factory at an alarming rate in just over four weeks.

“Sadly, the factory has now suffered a COVID-19 related fatality. GMB would like to express our deepest sympathies with this employee’s family at this difficult time.

“GMB has requested the facility close to allow mass testing of employees and a deep clean of the factory.”

The union believed “the health and safety of our members has been seriously compromised at the factory”, he added.

In response Bakkavor said “stringent safety controls” were in place and staff had also been briefed on travelling safely to and from work.

A spokesman said: “Sadly, one of our colleagues at Bakkavor Salads Tilmanstone has recently passed away after contracting COVID-19.

“At this early point in the investigation there is no evidence that this case was contracted in the workplace.”

The firm already had “very high standards of hygiene, extensive safety measures and good manufacturing practice” since the start of the pandemic and had been working with Public Health England since the pandemic began”, the spokesman added.

M&S said it has reduced the amount of stock it is taking from the Kent site while the outbreak is being contained.

Bakkavor says it has been running its own internal track and trace process, has enforced mask-wearing and reports virus cases to PHE South East.

The company would support mass testing if PHE South East called for it.

The firm said anyone off work would receive Statutory Sick Pay, including those who are self isolating.