ANTIDEPRESSANTS, gout relief and vitamin D supplements are just some of the medicines scientists say could fight Covid-19.

Already some of these existing drugs have shown “big results” in trials. 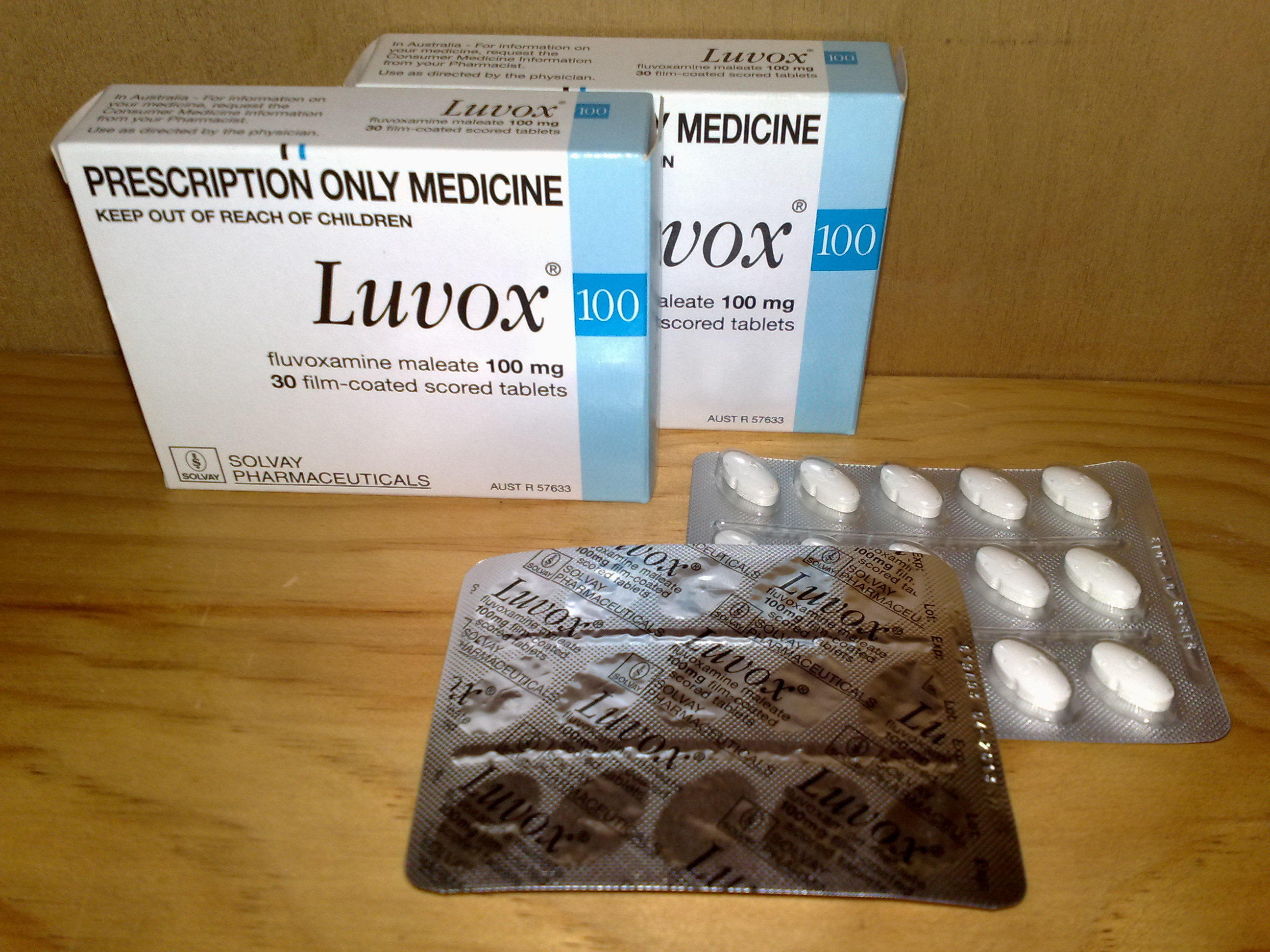 Fluvoxamine, branded as Luvox and Faverin, is peaking interest as a tool against Covid-19. It usually treats depressionCredit: Alamy

And because they are already authorised for other ailments, it means if they are proven to work against Covid-19, they’ll be ready to use straight away.

So what are the conditions that are treated with drugs that may also one day be used to treat or prevent the disease.

And now fluvoxamine, branded as Luvox and Faverin, is peaking interest as a tool against Covid-19, with the results of a US study published last month.

Researchers gave 152 adults either fluvoxamine (100mg twice or three times a day) or a placebo drug when they fell sick with the virus.

None of the patients taking the depression dampening drug saw their illness deteriorate, compared to six (8.3 per cent) of those not given it.

“This suggests that fluvoxamine prevents lung injury, which is a hallmark of severe Covid-19,” Dr Lenze said.

Fluvoxamine is known as a “selective serotonin reuptake inhibitor (SSRI)”.

These drugs work by blocking a protein that transports serotonin – the “happy hormone”. It keeps serotonin floating in the brain, where it can work for longer.

But it’s the drugs ability to inhibit the production of cytokines that make it appealing as a coronavirus drug.

Cytokines are proteins that drive inflammation and are part of the immune system response.

Seriously ill Covid-19 patients are often found to have too many cytokines as a result of their immune system overreacting to the virus, causing “cytokine storm”.

The sudden influx of inflammatory cytokines leads to the body failing, which is why it has become a target for Covid-19 treatment.

Colchicine is looking like a potential treatment for Covid-19, after being used for gout for centuries.

Gout is a type of arthritis that causes attacks of sudden, severe joint pain, often the result of too much booze or indulgent foods.

It was revealed on Friday colchicine will be included in the RECOVERY trial – one of the largest clinical trials in the world led by British scientists. 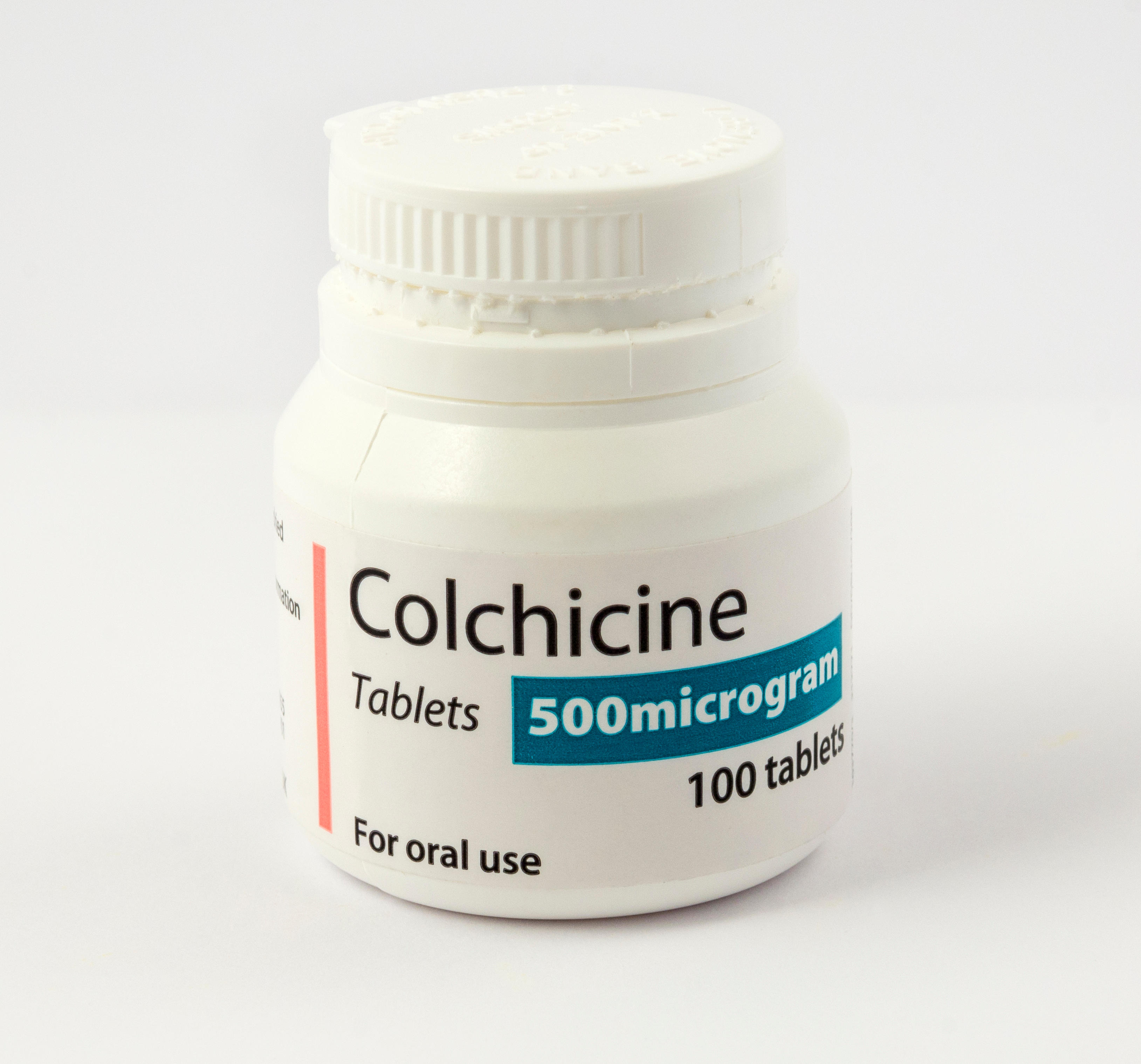 Colchicine is looking like a potential treatment for Covid-19. It costs just 10p a pillCredit: Alamy

They will be compared to 2,500 given the usual hospital care, to see if there is a difference in how many people die.

“Colchicine is an attractive drug to evaluate in the RECOVERY trial as it is very well understood, inexpensive and widely available,” Oxford University Professor Peter Horby, who is co-chief investigator for the trial, said.

Colchicine has a wide range of anti-inflammatory effects, which means it could prevent the lung and other organ damage caused by inflammation in Covid-19.

A small study in Italy showed that 84 per cent of patients given colchicine survived, compared with 64 per cent of those given standard care – drugs which included steroids, the antimalarial hydroxychloroquine and HIV medicine lopinavir.

Some 6,000 coronavirus victims will be given the drug in a trial in Canada, and there is another trial in Greece.

A nasal spray from Boots that costs just £6 will be tested by Swansea University to see if it could stop coronavirus, it was revealed yesterday.

The over-the-counter treatment, called Dual Defence, contains a special ingredient – which is a form of seaweed – to dampen the symptoms of cold and flu.

The team will enrol 480 healthworkers, including nurses and doctors in their study.

Experts will then look at how many workers caught Covid-19 and if the cheap over-the-counter spray is preventative. 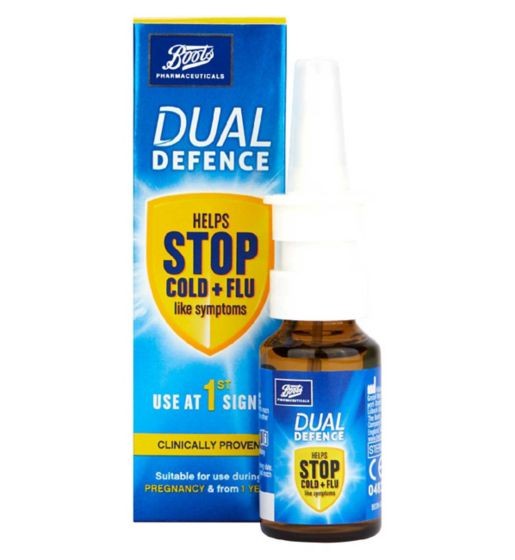 They will also measure the severity of the disease in those who do catch it, including if there are any differences in duration of illness, time in intensive care and even death rates between the two groups.

The spray is made by the Austrian firm Marinomed, sourcing ingredients from Zanzibar and the Phillippines.

The special ingredient is based on carrageenan, a red edible seaweed.

It is used as a thickener in a variety of cosmetic and food products, ranging from sexual lubricants, ice cream, shampoo and baby milk formula.

Carrageenan works by forming a gel inside the nasal cavity and airways, acting as a barrier to the virus.

Tocilizumab, an anti-inflammatory drug typically given to people with rheumatoid arthritis, has shown early signs of promise against Covid-19.

It’s been part of various studies across the globe, with researchers at Imperial College London reporting interim results from the REMAP-CAP trial two weeks ago.

Patients given the tocilizumab or another drug of the same category were found to be 87 per cent more likely to see their symptoms improve within 28 days than patients not given the drug.

“Improvement” was measured as less time on organ support, in ICU and less deaths. 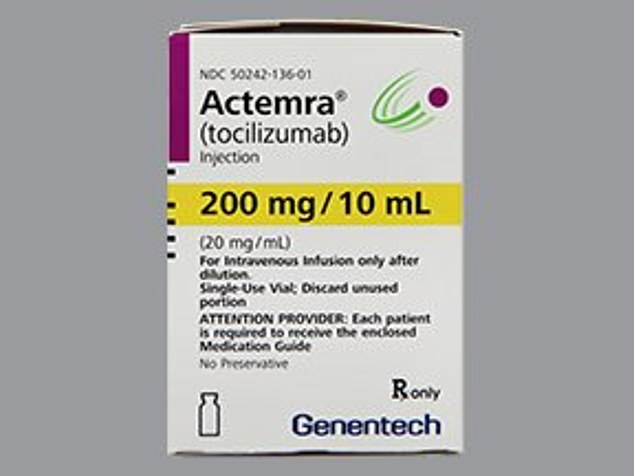 Tocilizumab, marketed as either Actemra or RoActemra, may reduce inflammation in Covid-19 patients the same way as it does for people with arthritis

But the scientists have not been able to untangle how much tocilizumab improves each factor separately.

Professor Anthony Gordon, chief investigator of the REMAP-CAP trial, said they were “certainly optimistic” about the “big result”.

During a Science Media Briefing, Professor Gordon said tocolizumab would cost ‘in the region of £500 to £1,000’ for each patient.

He added: “In comparison to the cost of being in intensive care, which can be thousands per day, it is still relatively cheap.”

Tocilizumab is one of the many drugs hoped to dampen the ‘cytokine storm’ seen in some coronavirus patients.

However, results from other studies have been mixed, so it has not been concluded yet if tocilizumab has any real benefit.

Tocilizumab, marketed as either Actemra or RoActemra, does not reduce Covid-19 disease severity or risk of death according to trials by the manufacturers Swiss drug giant Roche.

Vitamin D supplements have soared in popularity after a number of studies have suggested a deficiency could increase the risk of serious Covid-19.

Most people should be able to get regular vitamin D from natural sunlight between March and September, but often do not get enough during darker months. 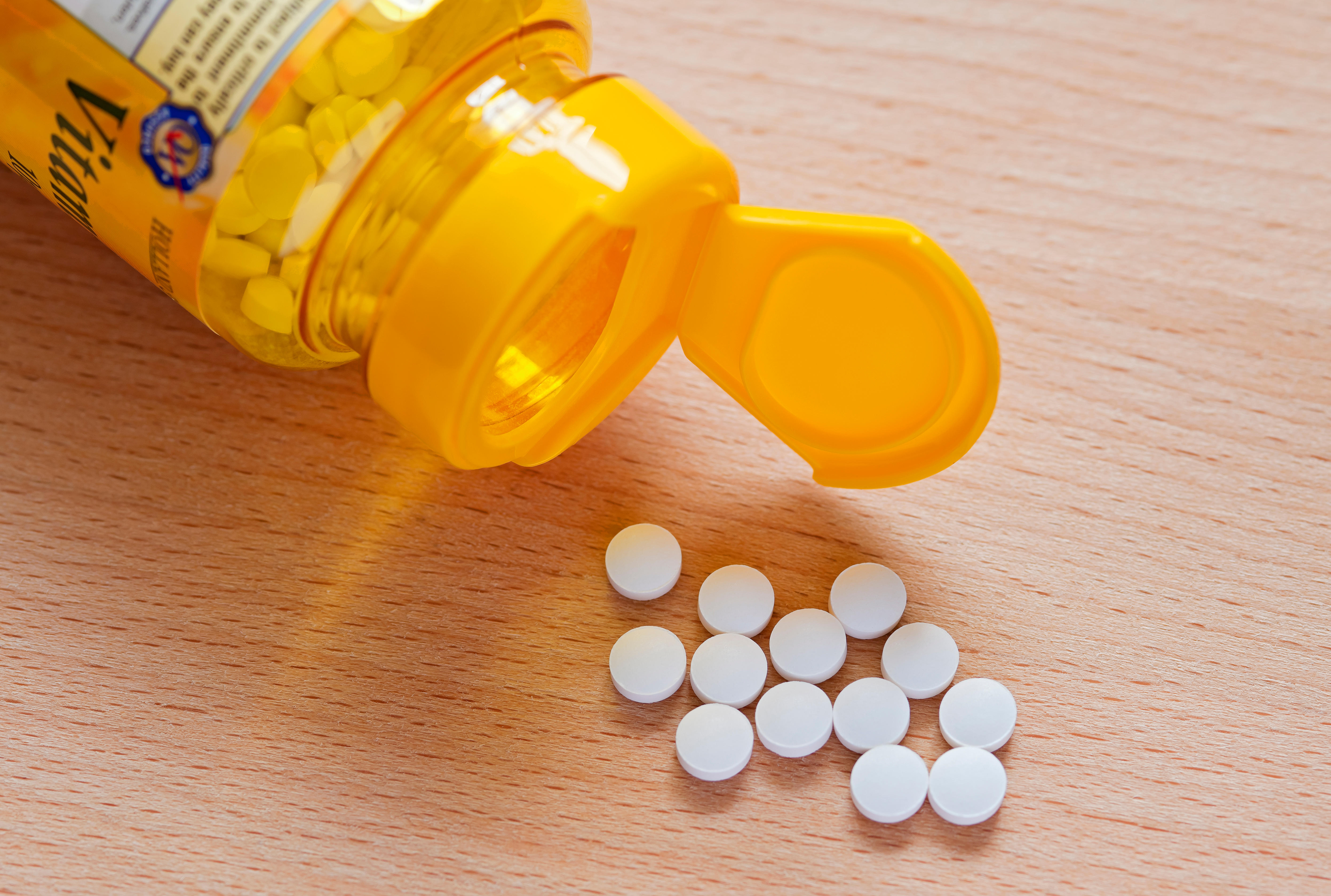 Trials are set to get to the bottom of whether vitamin D really helps combat Covid-19Credit: Alamy

Studies have shown a link between countries where the sun shines less and high Covid-19 death tolls.

And multiple pieces of research have shown that those who end up critically ill with Covid-19 are more likely to lack sufficient level of the “sunshine vitamin”.

People from black, Asian and ethnic minority backgrounds (BAME) and elderly people cooped up inside have higher rates of vitamin D deficiency, the NHS says.

But so far there is no conclusive evidence, with some studies finding no signs the nutrient is beneficial at all.

Scientists have only observed a trend, rather than being able to prove Covid-19 is a result of low vitamin D levels.

And the Government does not appear convinced vitamin D is of any benefit to the coronavirus, but are open to investigating it further.

On Saturday, the Health Secretary Matt Hancock revealed that 2.7 million Britons at risk of coronavirus will be sent supplies of vitamin D to see them through the winter.

Care homes will be sent the pills for their residents and people on the clinically extremely vulnerable list will be offered the chance to opt in for a supply to their homes in a letter.

A project at Queen Mary University is currently investigating if correcting people’s vitamin D deficiencies over winter can reduce the risk or severity of Covid-19 and other respiratory infections.

The Health Secretary commissioned the research to “ensure we explore every potential opportunity to beat this virus.”