HOPES have been raised that Brits could be enjoying pints and meeting family members outdoors as soon as April.

Boris Johnson will unveil a roadmap out of lockdown on Monday – with restrictions set to be eased in stages. 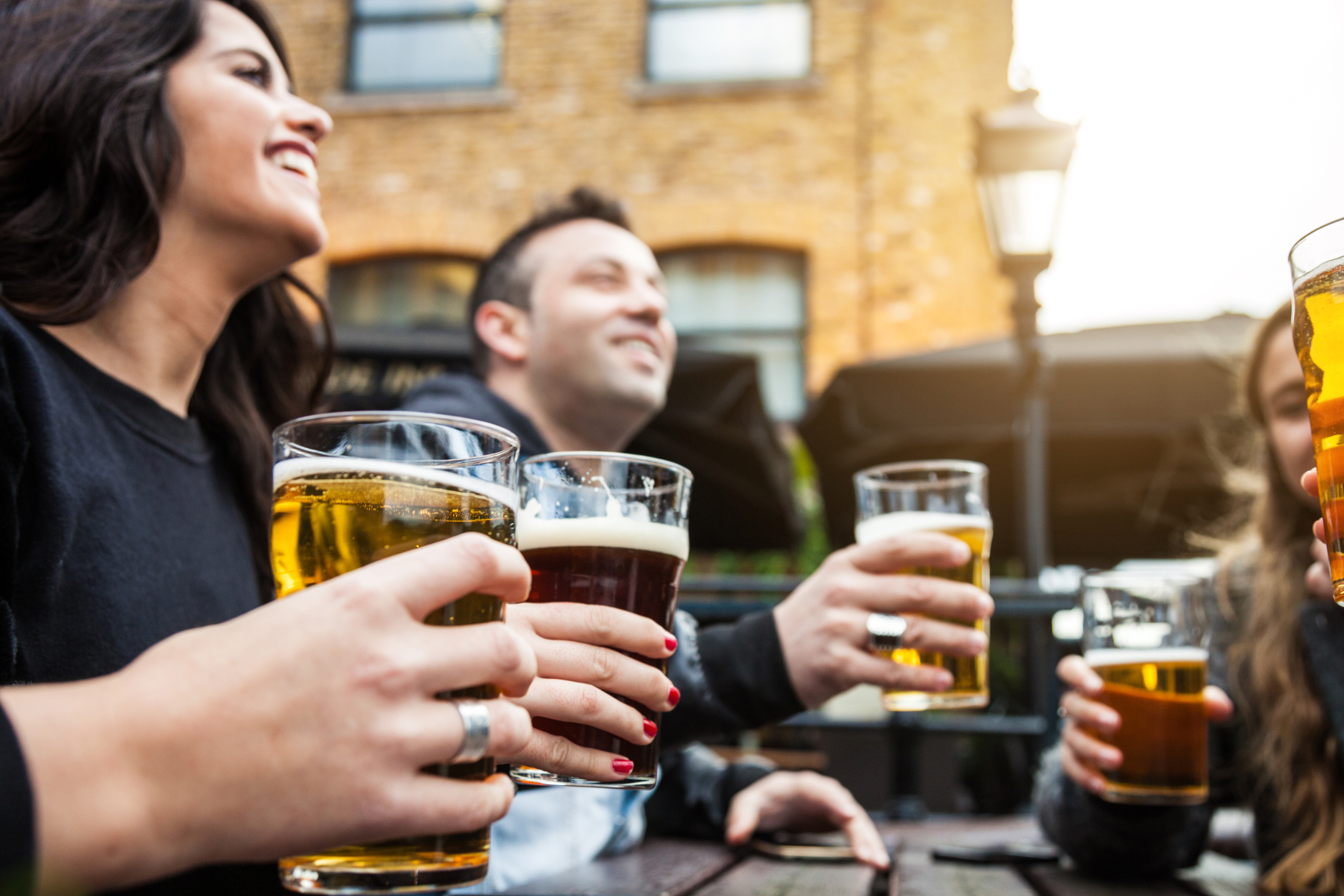 Hopes have been raised that Brits could enjoy pints outside in April (Stock photo)Credit: Getty Images – Getty

The PM has stressed that any relaxation of restrictions will be done cautiously to keep transmission of the virus low.

Schools are set to reopen first from March 8, with non-essential shops expected to open afterwards.

And should coronavirus infections continue to fall, pubs and restaurants will be able to serve outdoors in April.

The reopening of hospitality is being fast-tracked in a major boost to the blighted sector – and thirsty Brits.

Hospitality had been earmarked to reopen in May, with only takeaway pints allowed in April.

But that has now been sped up in a major boost for the industry – though a wider reopening for limited indoor mixing in pubs is still planned for May.

A government source said: “We will hopefully be sipping pints in the spring sunshine sooner rather than later.”

And another source told The Sun last night that decisions about the earliest possible dates for pubs and restaurants to open remain “fluid” — with Mr Johnson studying data this weekend.

Wales, which is currently in lockdown, could also reopen pubs by April, Mark Drakeford suggested today.

While the first minister avoided giving a specific date for the reopening of the hospitality industry, he stressed that “a lot will happen in six weeks”.

Mr Drakeford added: “Providing things continue to improve, then hospitality will come on to the agenda of things we will be able to consider next.

“The industry was clear that they didn’t want to be left in the dark.”

The Sun reported today how two households will be allowed to meet up outside by Easter under the PM”s “Roadmap to Recovery”.

Friends will be able to mix in parks and possibly gardens by Good Friday on April 2.

A senior source said the decision to allow families to meet from Easter onwards came “as a recognition of how tough these last few weeks and months have been”.

Meanwhile, hospitality bosses have told the PM that venues must be allowed to resume normal service by June.

Trade group UK Hospitality urged the government to avoid a repeat of the Tier system which saw many pubs remain open but under strict and confusing regulations.

In a document submitted to Boris Johnson this week, they said: “The tier system that was in place as the country entered lockdown is unviable for the sector and must be reformed ahead of reopening.”