THE mum of a “naughty” schoolboy who taunted Chief Medical Officer Chris Whitty in the street said she is furious with him and has taken his Playstation away.

The yob filmed himself branding Professor Whitty “a liar” despite the his tireless work battling the deadly disease, which has killed 109,335 Brits. 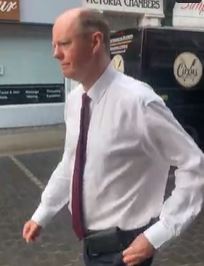 Prof Whitty was walking through a London street when the lout confronted himCredit: Tiktok

Now his mother has revealed she was “horrified” by her son’s rudeness and has told him to apologise to the Government’s Chief Medical Officer.

The 47-year-old housewife and mum-of-two told MailOnline she has taken away his PlayStation and has told her 15-year-old to make another video apologising.

The boy, whose face we have not shown as he is underage, goaded the government’s leading coronavirus expert in a London street, forcing Prof Whitty to pull on his mask.

The TikToker- who was not wearing a mask himself – continued to abuse him, calling him a “liar” as he harangued Prof Whitty at Westminster’s Strutton Ground market.

At one point he shamelessly faced the camera before spewing out another tirade of disgusting taunts.

He then accused the professor of “lying about the Covid-19 cases, man, stop lying to the TV, man”.

Prof Whitty kept his cool throughout the sickening harassment, which was filmed and uploaded to TikTok.

His mother told MailOnline: “I was horrified when I saw how rude my son was to Mr Whitty.

“That is not how I have brought him up and not the behaviour that I expect from him.

“The video really upset me and has left me feeling very stressed and anxious.

“I have not slept properly since I saw it because I was so upset at how he spoke.

“I have taken away his PlayStation, which is the thing he loves the most.

“I have not grounded him because he is already suffering enough from the lockdown and does not go out as much as he used to.”

“He is really suffering, as are teenagers all over the country.

“They have nowhere to go, they can’t socialise like they used to, play football or any other sports.

“Their mental health has been badly affected and like other teenagers he is under a lot of stress.

“He wants the Government to do something about it. I think that was the point he was trying to make to Mr Whitty but it came out all wrong.

“He wanted to draw attention to the suffering of teenagers, which has largely been overlooked by the Government.”

She said her son takes a keen interest in current affairs and that he wanted to make sure teenagers’ worries are taken seriously.

She continued: “A lot of teenagers wouldn’t know who Chris Whitty is, but my son watches the news regularly and is really up to date on the coronavirus situation. He’s actually quite an intelligent boy.

“He was trying to give a message across to Mr Whitty and make him understand what he and other youngsters are going through but I’m very upset and angry with him over how he did it.”

The top doc has flanked Boris Johnson and Cabinet ministers at the 5pm briefings to explain the dangers of Covid.

Prof Whitty, a world-renowed epidemiologist, has advised the nation based on scientific advice and been praised for his straight talking. 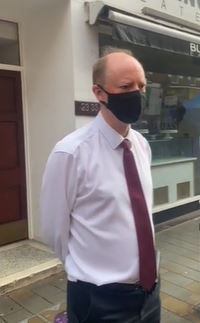 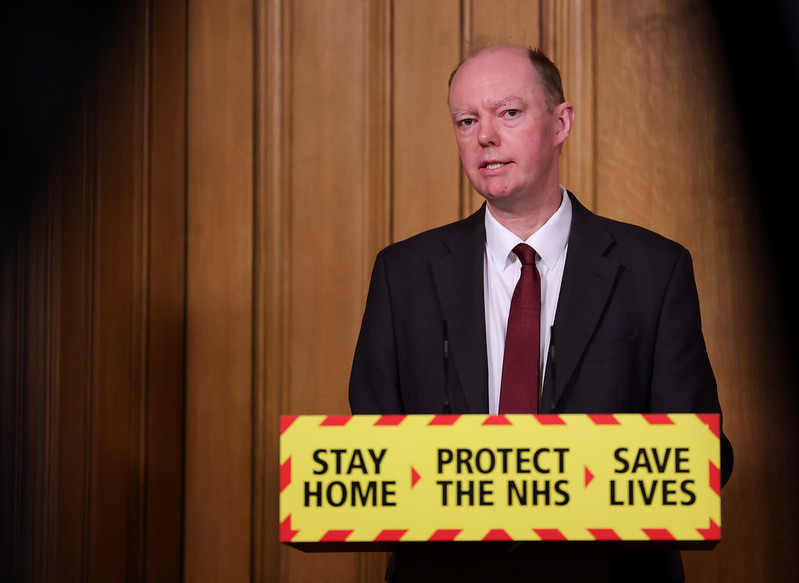 Prof Whitty has become a household name after appearing with government ministers at the 5pm Downing Street briefingsCredit: Crown Copyright

He’s a member of the Government’s Scientific Advisory Group for Emergencies (Sage), which advises ministers on the coronavirus pandemic strategy.

In a government press conference this evening Whitty addressed the viral video.

He said: “In terms of being harangued, the odd young lad showing off occasionally happens.

“I didn’t think anything of it frankly and I was very surprised it was picked up by the media at all as anything of importance.

“I am sure he will become a model citizen in due course and hopefully more like Captain Tom.

“Captain Tom was the kind of person that much more exemplifies the spirit of the UK.

“He was himself clearly remarkable but what he was also doing is showing how everybody has responded to this.

“This has nationwide effort with everyone responding to it, if it wasn’t for that we would not see those numbers coming down.”

Speaking to BBC Breakfast yesterday, Health Secretary Matt Hancock said: “I think the individual concerned is pathetic, I think it is ridiculous what he is doing.

“Chris Whitty is one of our greatest living scientists and his advice to the Government all the way through this, and his advice to all of us in the population, has been incredibly smart and thoughtful, and he is a great asset to this nation.

“The idea that someone would do something as silly as that is ridiculous.”

He added: “Christ Whitty is a scientist of great repute and, frankly, he should be respected by everybody.”

“Chris Whitty is doing all he can to help guide us through this crisis and should never be subjected to this.”

Furious TikTok users blasted the young thug after he uploaded the footage to the social media platform.

This is appalling, I really can’t believe this footage

One posted: “He’s literally accomplished more than you ever will in your lifetime, show some respect.”

Another wrote: “Ah yes, a roadman with no GCSEs knows more about Covid-19 than a man who’s studied for 35 years in viral diseases.”

And a third wrote: “The man is a doctor and a scientist that devoted his life to service.

Prof Whitty is a practising NHS consultant physician at University Hospitals (UCLH) and the Hospital for Tropical Diseases.

A total of 3,852,623 people in the UK have now tested positive for the bug since the start of the pandemic. 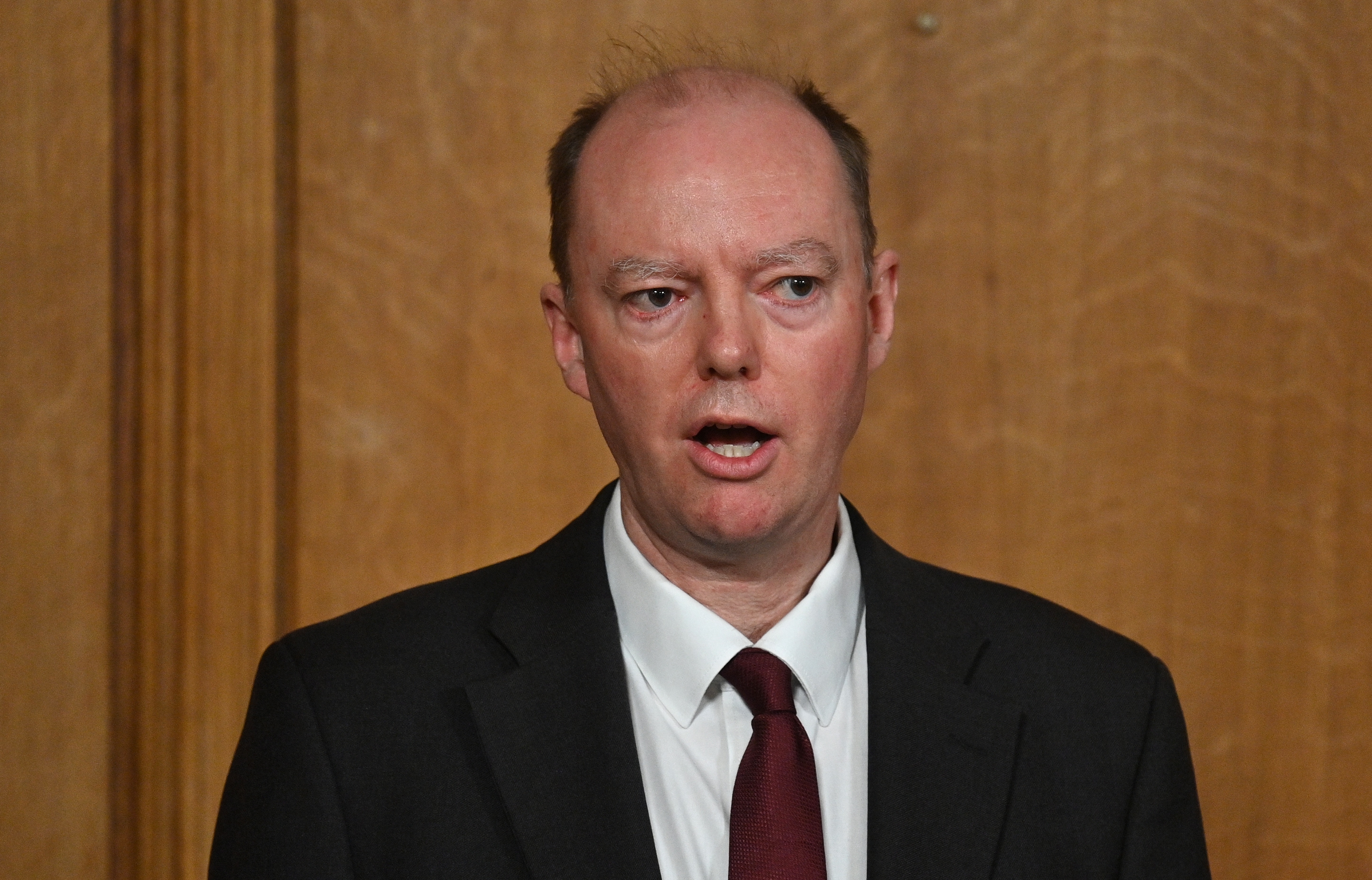 Prof Whitty has helped advise the government on its Covid responseCredit: Getty – Pool