FURIOUS scientists have blasted “completely incorrect” claims the Oxford jab is only eight per cent effective in the over-65s.

The baffling figure was reported in a German newspaper saying it had been “confirmed” by unnamed sources in the country’s Government. 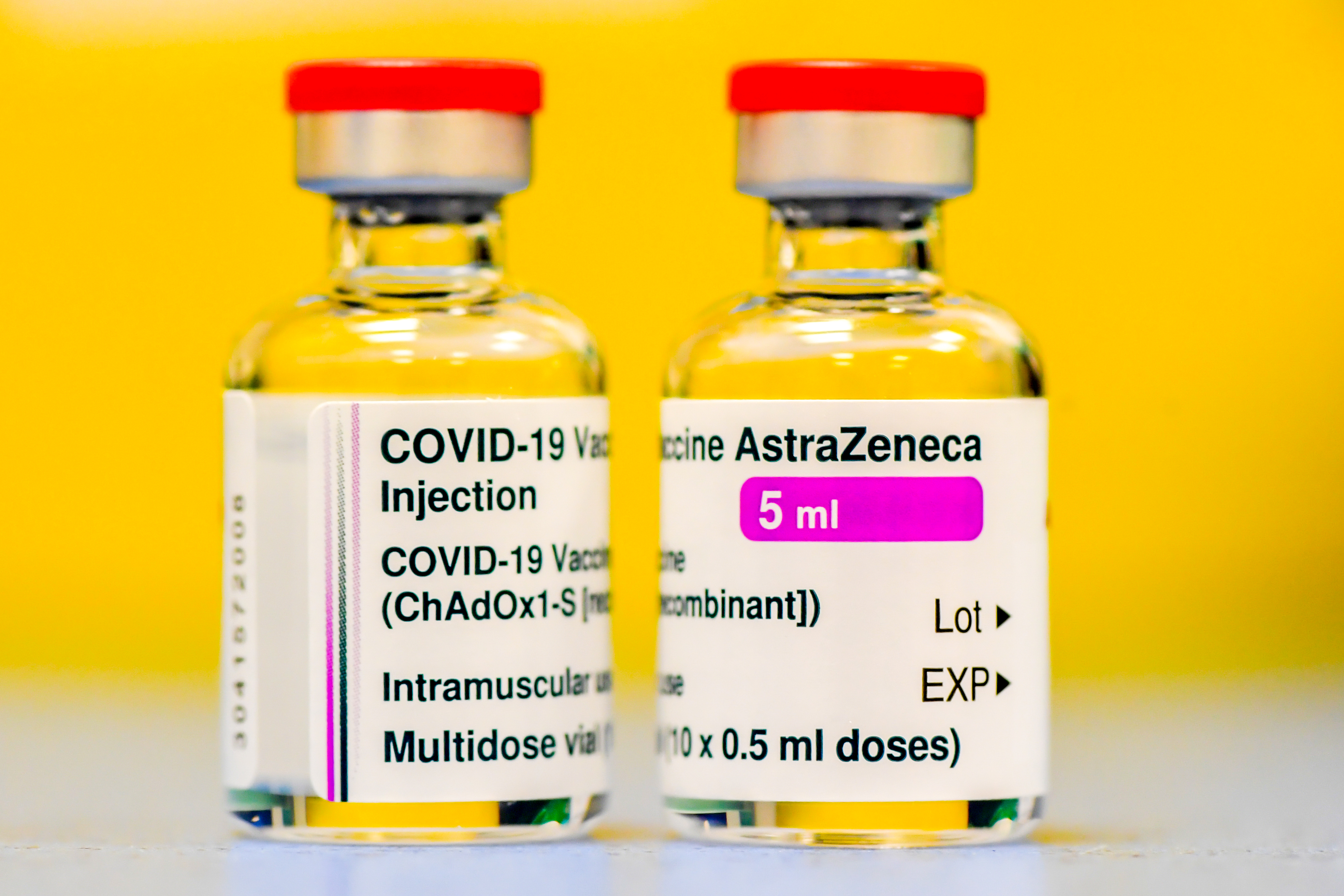 Claims the Oxford/AstraZeneca Covid jab are 8% effective in over-65s have been deniedCredit: Getty Images – Getty

Oxford University and AstraZeneca vehemently denied the “baseless” report, saying they had “no idea” where the figure had come from.

Now the German Government has rubbished the report published by Handelsblatt, a business newspaper based in Dusseldorf, yesterday.

Politico suggests that the eight per cent figure had been confused with the number of people in the study aged between 56 and 69.

It comes after the European Union threatened to block the export of millions of life-saving Covid jabs.

The EU is in a bitter row with AstraZeneca after it cut the number of vaccines it is sending to the bloc, but did not slash British supplies.

Now, all pharmaceutical giants making vaccines in the EU will have to give “early notification” to the bloc if they want to export.

A Tory MP today reportedly suggested the German report may be linked to AstraZeneca saying it won’t be able to meet orders to the bloc.

However it later emerged that the reporter may have confused the figures on effectiveness with the number of people tested in the trial.

A statement today by the German health ministry, seen by the Financial Times, said: “At first glance it seems that the [newspaper] reports have mixed up two things: about eight per cent of those tested in the AstraZeneca efficacy study were between 56 and 69, only 3-4 per cent over 70 (MHRA Approval Public Assessment Report).”

A phase 3 Lancet study published in December from AstraZeneca and Oxford University said older age groups had been recruited later into the study so “efficacy data in these cohorts are currently limited by the small number of cases, but additional data will be available in future analyses.”

In that particular analysis, only 12 per cent of people were aged over 55.

This found that all age groups, including older people, had an immune response to the vaccine after two doses.

It is understood that regulators have received even more data since then.

A spokesman for AstraZeneca, said: “Reports that the AstraZeneca/Oxford vaccine efficacy is as low as eight per cent in adults over 65 years are completely incorrect.

“In the UK, the JCVI (Joint Committee on Vaccination and Immunisation) supported use in this population and MHRA (Medicines and Healthcare products Regulatory Agency) included this group without dose adjustment in the authorisation for emergency supply.

“In November, we published data in The Lancet demonstrating that older adults showed strong immune responses to the vaccine, with 100% of older adults generating spike-specific antibodies after the second dose.”

Vaccines minister Nadhim Zahawi told Good Morning Britain he could “reassure the over-65s in this country that that (eight per cent efficacy) is not the case.

“We don’t know where this unsubstantiated report comes from, it’s not true.

“This eight per cent figure is completely nonsense.

“So, I would absolutely rely on the JCVI of the United Kingdom and…one of the best regulators in the world the MHRA in terms of efficacy.”

He said for over-65s the vaccine also produces “almost 100% protection from severe infection from the virus, so it’s an excellent vaccine, clearly one that the EU also wants to get sufficient supplies of.”

Prof Adam Finn, of the University of Bristol, who was not involved in creating the jab, said he had looked at the data and had “no idea” where the figure came from.

“Elderly people were recruited to the UK phase 3 relatively late and were relatively well shielded, so there were few cases of Covid that had occurred at the time of submission of data to MHRA for approval,” he said.

“There may have been more by the time of EMA submission. No idea where the eight per cent figure comes from.”

The highly inflammatory claim was published in the Handelsblatt economic daily newspaper on Monday.

It stated that Berlin had estimated the efficacy of the jab among over-65s was just eight per cent and cited anonymous sources.

Bild also said that Berlin did not expect the vaccine – which is set to get the green light from the EU this week – would receive a license for use in the elderly, presenting a significant challenge to roll-out plans in many countries.

The European Union has currently authorised two vaccines for widespread distribution, manufactured by BioNTech/Pfizer and Moderna.

It was set to add the AstraZeneca vaccine to that list this week, on the understanding that it would be already on hand and available for immediate roll-out.