A FURIOUS minister has slammed the EU over its “vaccine nationalism” after Brussels threatened to block the sale of lifesaving jabs to Britain.

Vaccines minister Nadim Zahawi warned eurocrats “no-one is safe until the whole world is safe” in a broadside at the bloc’s move to control exports. 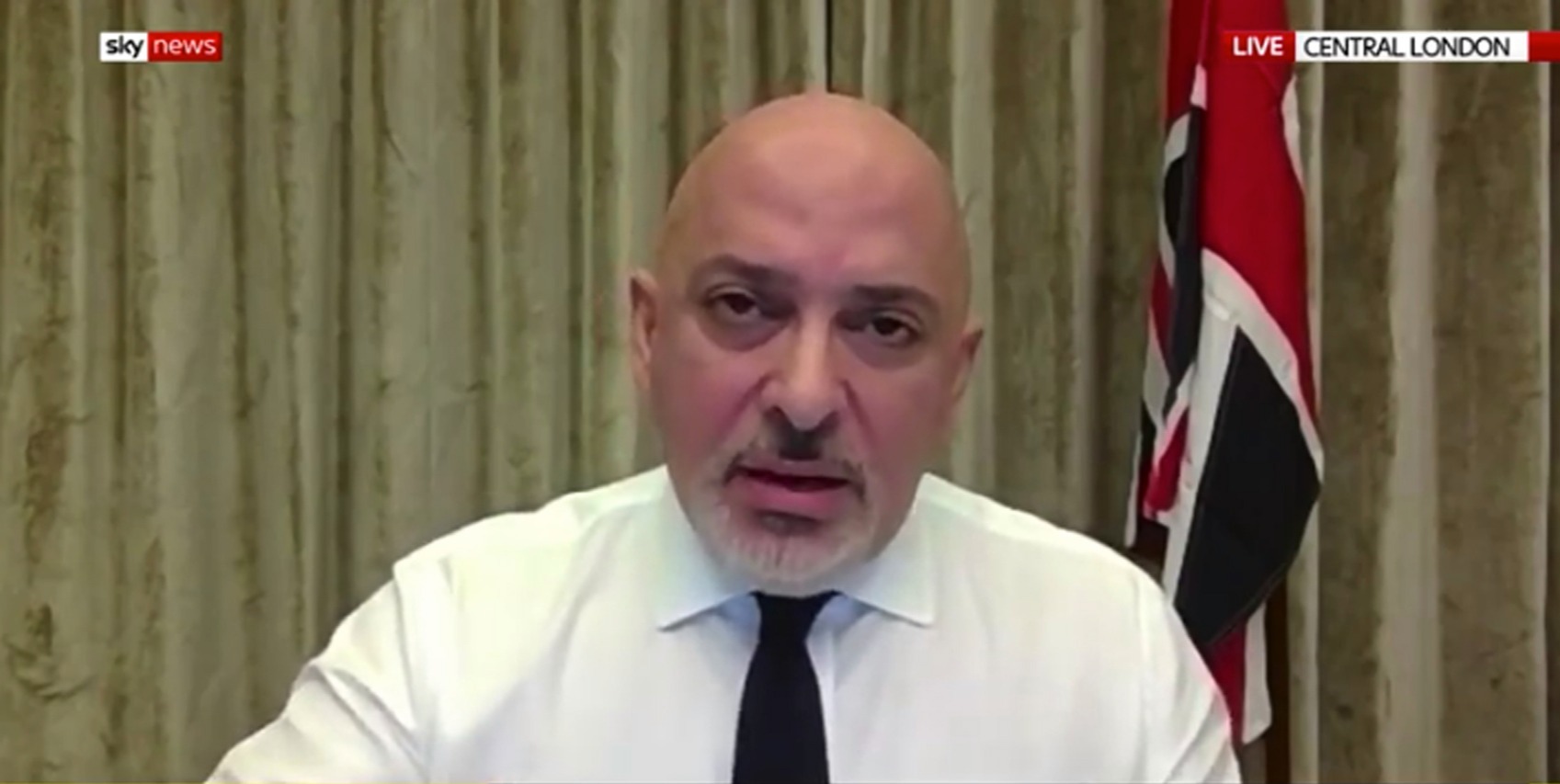 Nadhim Zahawi warned Eurocrats not to try to block the vaccine coming to the UKCredit: refer to caption.

But he insisted he is fully confident that supplies to the UK of the crucial Pfizer and AstraZeneca doses won’t be affected.

Mr Zahawi said this morning: “No-one is safe until the whole world is safe from this.

“Which is why, as the head of the WTO has said, rather than vaccine nationalism we should really begin to work together now to deliver for the whole world.”

“The thing to do now is not to go down the dead end of vaccine nationalism, it’s to work together to protect our people.

Mr Zahawi refused to be drawn into open criticism of the EU, insisting: “We will always support them – they are our neighbours, our friends, our allies, our trading partners.”

And the vaccines minister said he was confident supplies would not be affected by the astonishing move from Brussels.

All of the Pfizer vaccine is made in Belgium, whilst some doses of the AstraZeneca jab are manufactured in the Netherlands and Germany. 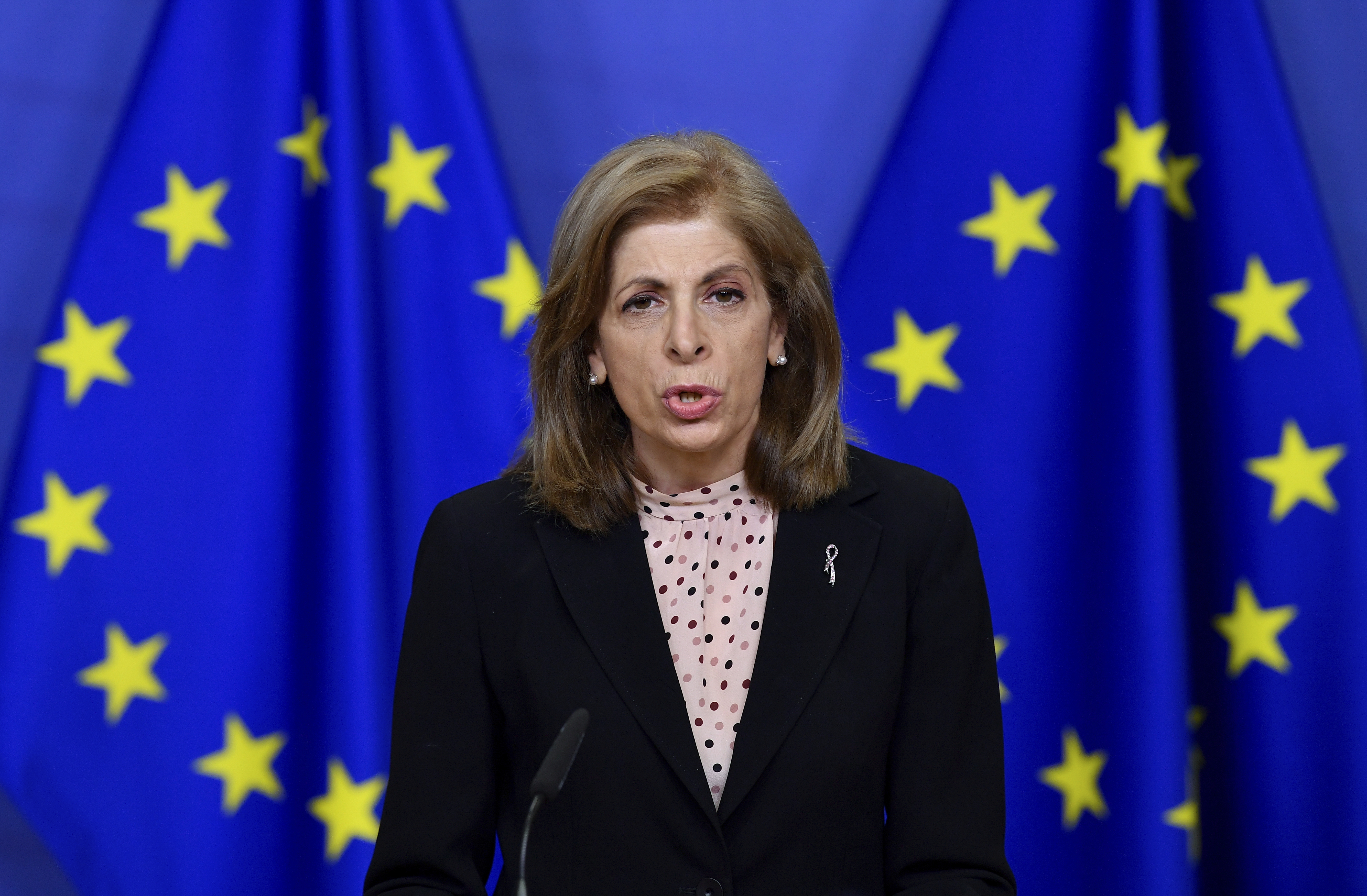 But Mr Zahawi said: “I’m confident that AstraZeneca and Pfizer will both deliver for us the quantities that we need to meed our mid-February target and of course beyond that.

“Pfizer have made sure they always deliver to us, they will continue to do so.

“They’ve made a very important announcement on the equitable supply for the whole world including the EU and I”m sure they’ll deliver for the EU and the UK and the rest of the world.

“We have got 367 million vaccines that we have ordered from seven different suppliers, so I’m confident we will meet our target and continue to vaccinate the whole of the adult population by the autumn.”

The EU’s jaw-dropping announcement came after it got involved in an extraordinary row with AstraZeneca over the company’s move to cut deliveries to Europe by 60%.

Furious eurocrats have accused the Anglo-Swedish company of diverting supplies to country’s like the UK which have paid a higher price per dose.

AstraZeneca insists production problems at a factory in Belgium have hit its European supply line but left other customers like the UK unaffected.

Germany sparked another major row with Britain after anonymous claims from Berlin that the AstraZeneca vaccine is only 8% effective in over-65s.

The reports were immediately dismissed as “completely incorrect” by the drugmaker which said it had supplied plenty of evidence proving otherwise.

But they prompted fury in No 10, with one Whitehall insider branding the allegations “f***ing bonkers” and Russian-style disinformation. 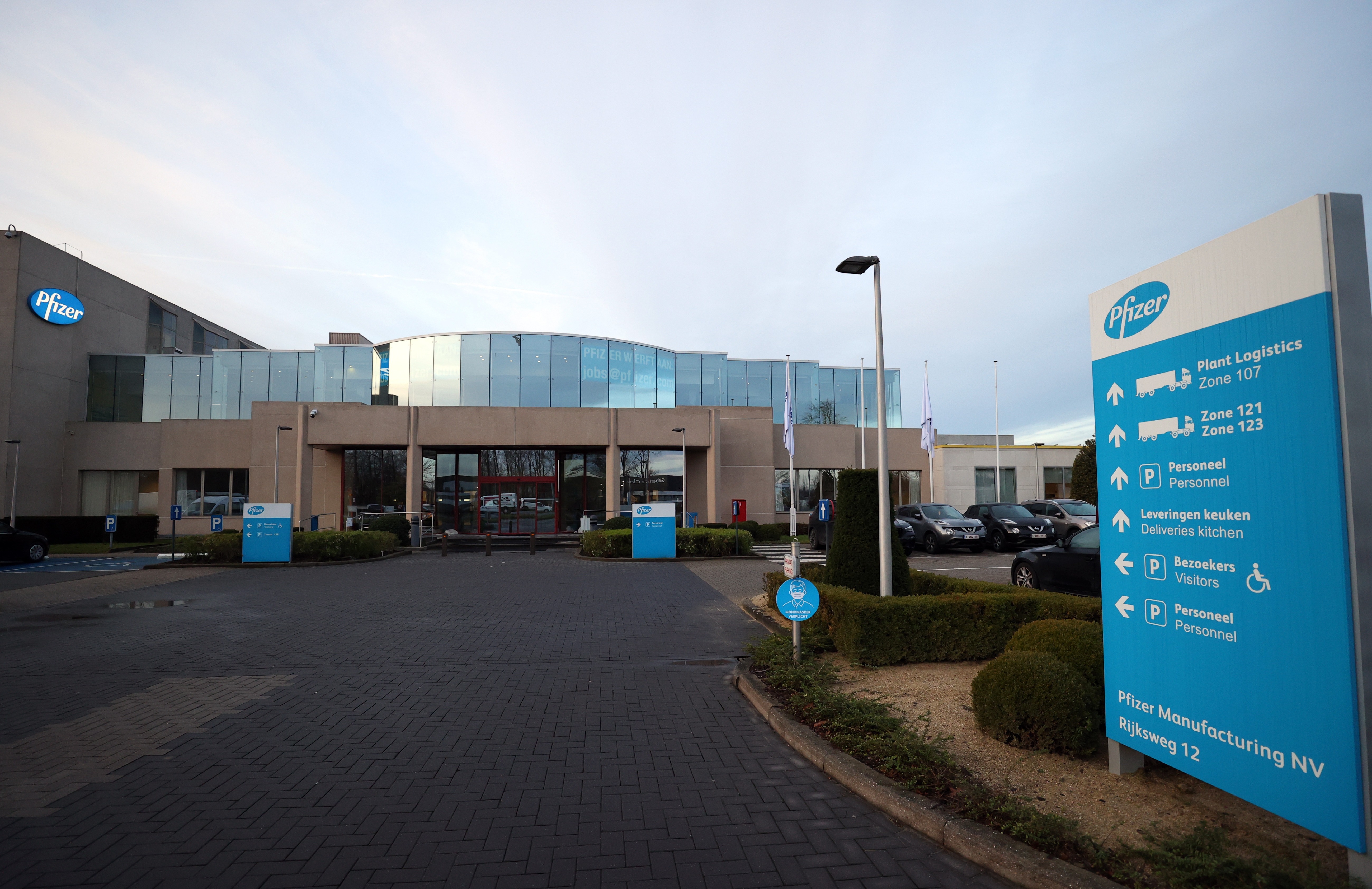 The Pfizer vaccine is made at a factory in BelgiumCredit: Getty Images – Getty