Give Brits an additional time off in 2021 to rejoice Christmas safely, professional tells Boris

BRITS should be given an extra day off in 2021 to celebrate Christmas safely with loved ones, an expert has suggested.

The Government has come under increasing pressure to rethink the easing of Covid-19 restrictions around the festive period. 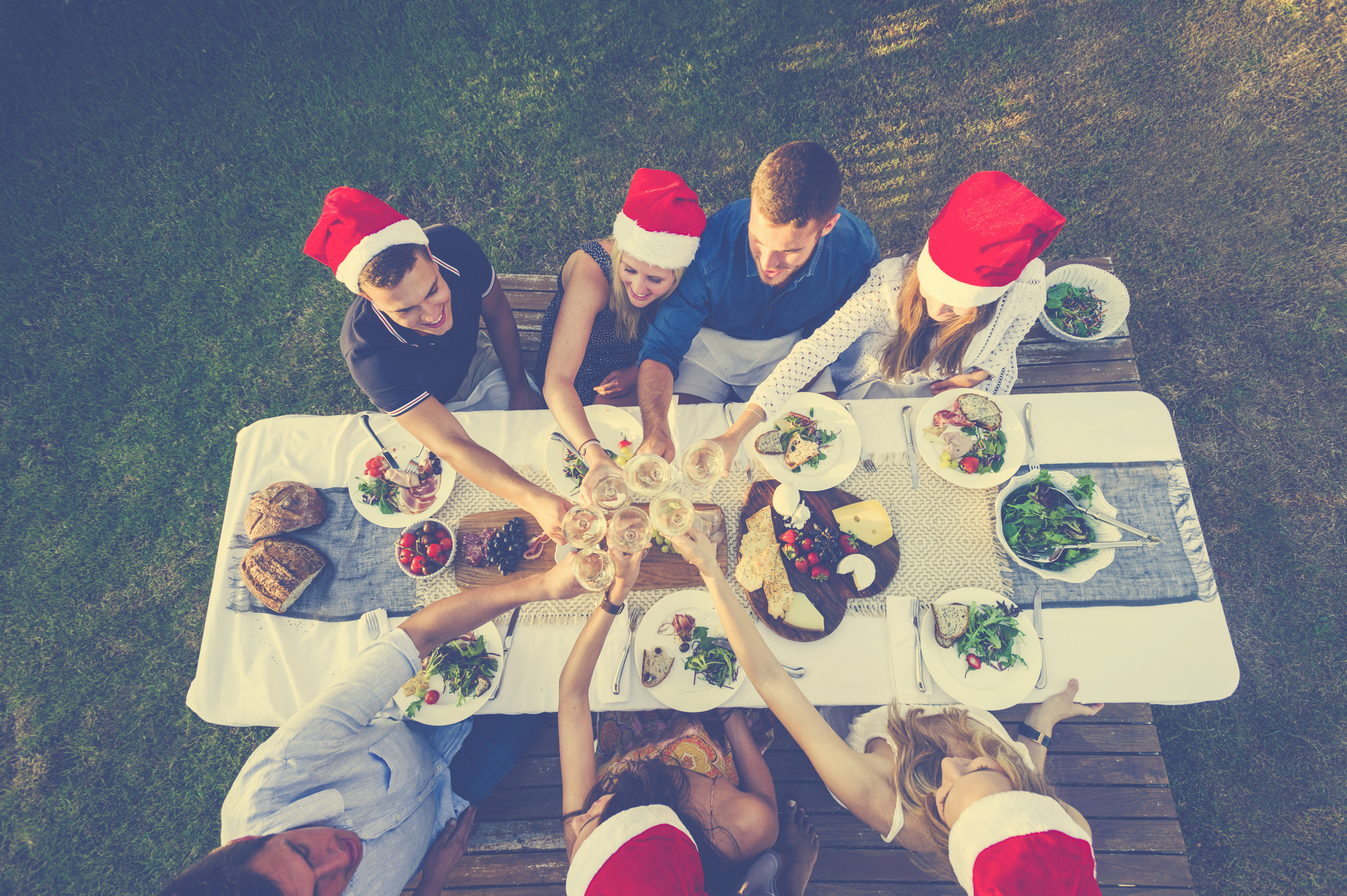 People should get a day off next year to celebrate Christmas safely, an expert has saidCredit: Getty Images – Getty

It comes after two leading medical journals today warned that allowing families to spend time together would “cost many lives”.

In a rare joint editorial, the British Medical Journal and Health Service Journal called for the “rash” decision to be axed.

They said that the Government “is about to blunder into another major error that will cost many lives”.

One expert has suggested that instead of letting three households mingle indoors December 23-27, the Government should designate a day next year to celebrate.

The government should designate a day in 2021, after the vulnerable population in the UK have been vaccinated, to celebrate

Professor Ashley Woodcock, an expert in respiratory medicine at the University of Manchester, said: “Christmas is uniquely designed to mix young and old. This will bring severe disease and death to the elderly.

“This would be an avoidable catastrophe… just in time for New Year.

“Instead the government should designate a day in 2021, after the vulnerable population in the UK have been vaccinated, to celebrate – irrespective of religious group.”

The joint editorial warning, authored by HSJ editor Alastair McLellan and BMJ editor-in-chief Fiona Godlee said: “When Government devised the current plans to allow household mixing over Christmas it had assumed the Covid-19 demand on the NHS would be decreasing.

“But it is not, it is rising, and the emergence of a new strain of the virus has introduced further potential jeopardy.

“Members of the public can and should mitigate the impact of the third wave by being as careful as possible over the next few months.

What needs to be done?

In a joint letter Alastair McLellan, Editor, HSJ and Fiona Godlee, Editor in Chief, The BMJ, outlined what needs to be done in order to curb the spread.

They highlighted that while London and neighbouring counties will enter Tier 3 on Wednesday, areas that have remained in Tier 2 are still witnessing an increase in cases and hospital admissions.

These measures, they claim “are clearly inadequate”.

Ministers are meeting tomorrow (16 December) to review the restrictions for England which could mean more areas moving tiers.

They said: “When government devised the current plans to allow house-hold mixing over Christmas it had assumed the Covid-19 demand on the NHS would be decreasing.

“But it is not, it is rising, and the emergence of a new strain of the virus has introduced further potential jeopardy.

“Members of the public can and should mitigate the impact of the third wave by being as careful as possible over the next few months.

“But many will see the lifting of restrictions over Christmas as permission to drop their guard.”

It said the government need to “reverse” its Christmas decision and extend the tiers over Christmas.

They added: “It should also review and strengthen the tier structure, which has failed to suppress rates of infection and hospitalisation.”

“But many will see the lifting of restrictions over Christmas as permission to drop their guard.

“The Government was too slow to introduce restrictions in the spring and again in the autumn.

“It should now reverse its rash decision to allow household mixing and instead extend the tiers over the five-day Christmas period in order to bring numbers down in the advance of a likely third wave.”

Urgent talks are taking place between the leaders of the devolved administrations and Cabinet Office Minister Michael Gove.

Scotland’s First Minister Nicola Sturgeon argued there is a case for lessening the planned freedoms for the festive period to combat a rise in infections and indicated she could break with the four-nations approach.

But her Welsh counterpart Mark Drakeford said the current plans were a “hard-won agreement” and that he will “not lightly put it aside” ahead of the meeting on Tuesday.

Downing Street conceded that the planned five-day Christmas easing to allow three households to mix indoors between December 23-27 was being kept “under constant review”.

Mr Gove and the leaders of Scotland, Wales and Northern Ireland are due to discuss the Christmas coronavirus rules at 5pm today, it’s reported.

Ahead of the meeting, Ms Sturgeon told the Scottish Parliament: “I do think there is a case for us looking at whether we tighten the flexibilities that were given any further, both in terms of duration and numbers of people meeting.

“And I will consider the views of the other nations – if we can come to a four-nations agreement, I think that would be preferable.

“If that is not possible, then of course we will consider within the Scottish Government what we think is appropriate.”

In Wales, Mr Drakeford told the Senedd that “the choice is a grim one, isn’t it?” and highlighted “heart-rending pleas” he has received from people to not reverse the existing plan.

“I think the choice is an incredibly difficult one,” he added.

In a letter to the Prime Minister, the Labour leader accused ministers of having “lost control of infections” and warned that “the situation has clearly taken a turn for the worse since the decision about Christmas was taken”.

“If you conclude with Government scientists that we need to take tougher action to keep people safe over Christmas, then you will have my support,” Sir Keir said.

The relaxation of regulations looms after the Government is putting London, much of Essex and part of Hertfordshire under the strictest Tier 3 restrictions from Wednesday.

Chief Secretary to the Treasury Stephen Barclay said “all things were kept under review” as he urged people to show restraint at Christmas.

Mr Khan told Sky News: “I heard the Government say yesterday they haven’t ruled out further changes, I would encourage the Government to look at their rules over Christmas.

“What I say to the Government is: I’m not sure you’ve got it right, in fact, I’m sure you haven’t got it right in relation to the relaxations over Christmas.”

The London mayor denied he was adopting a “Grinch” approach to Christmas.

He added: “You’re not being Grinch at all. I think what you’re doing is following the science.

“And actually what we’ve seen across the Europe, and across the world, is those countries that are more effective at dealing with this virus having shorter more restrictive measures that help health and wealth.

“So look at Germany and the Netherlands; they’re not for relaxing the rules over Christmas allowing three households to mix with unlimited numbers.”

Mr Barclay said people need to “do the minimum” if they visit family over Christmas and insisted the easing of restrictions over Christmas was not a “tier zero” situation.

He said: “The position is not that we are scrapping the tiering system for five days – that we are letting people loose.

“What we are saying is, within the family three households can come together. That’s the limit of the flexibility that is being offered.

“I think it’s been mischaracterised as, almost, a tier zero, that we are scrapping restrictions in their entirety. That is not the case.”

The comments come after scientists warned that the easing of coronavirus restrictions over Christmas will cause a spike in infections.

David Nabarro, a World Health Organisation (WHO) special envoy working on Covid-19, said the price of such a relaxation “could well be very high”.

Urging people to think carefully about their plans, he told Times Radio: “Just ask yourself, is there any way in which you can perhaps not have the family get-togethers this year?

“It’s much better not to do it when there’s this kind of virus about.”

Health Secretary Matt Hancock said higher infections in the South East may be in part due to a newly identified variant of coronavirus which is growing faster than the existing one.

Mr Hancock said people should be “extremely careful” about who they mix with in the run-up to Christmas if they are planning to see elderly relatives over the festive period.