Healthy man, 60, says not getting Covid vaccine is ‘biggest mistake of my life’

A HEALTHY man has said that not getting the Covid vaccine is the “biggest mistake of my life.”

Abderrahmane Fadil, 60, was in an intensive care unit for nine days on oxygen after thinking that his immune system would be “good enough” and he didn’t need the vaccine.

Abderrahmane Fadil says he regrets not getting a Covid jab 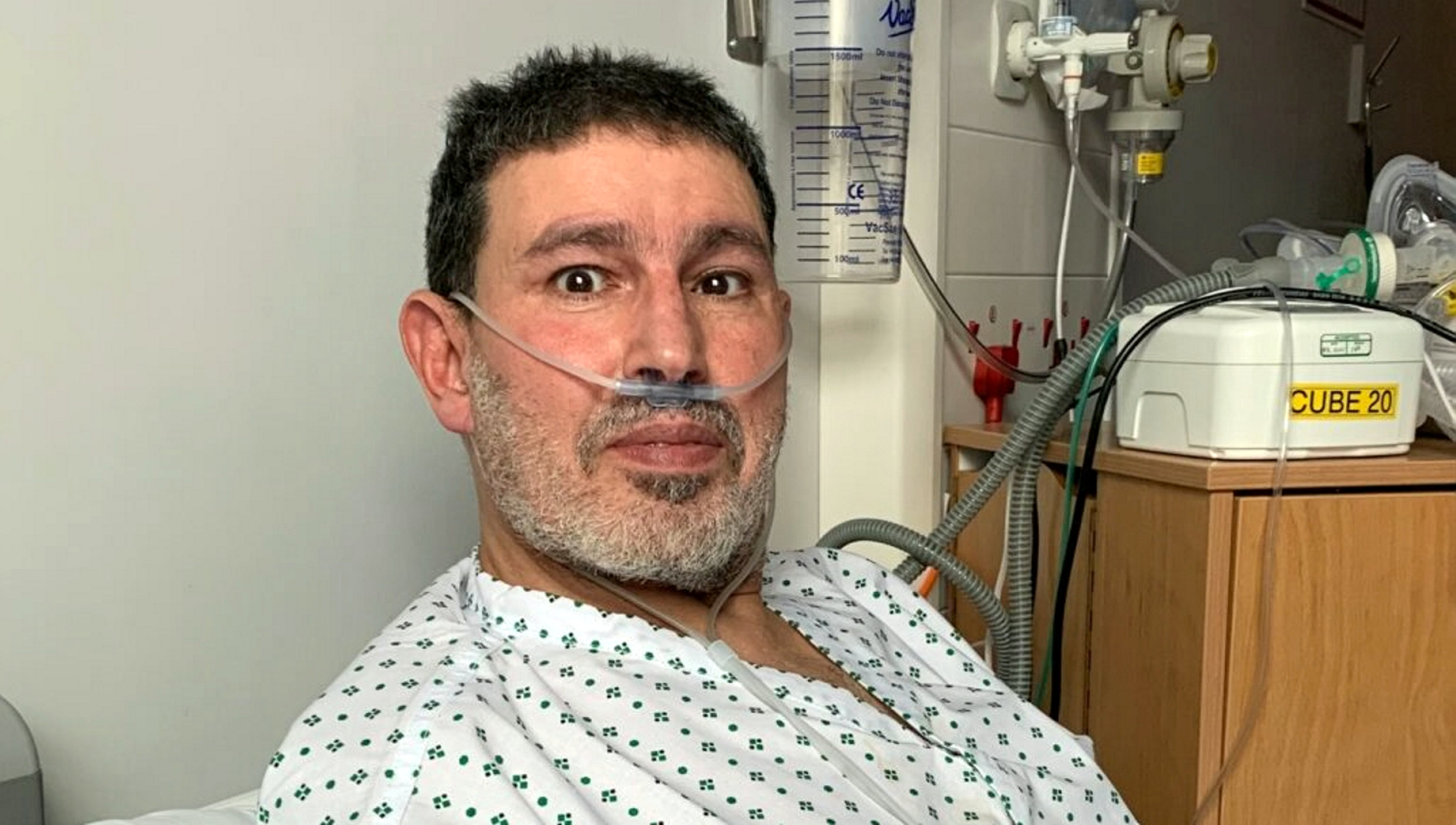 Half of the patients in the hospital have not been vaccinatedCredit: SWNS

And another patient, Faisal Bashir, 54, was in hospital on oxygen for a week after believing he “didn’t need” the vaccine because he was fit and healthy.

The 54-year-old, who was being treated at the Bradford Royal Infirmary, thought that he could avoid the virus and didn’t need a jab.

And Mr Fadil, a science teacher with two young children, also has many regrets after not taking the jab and ending up in a Covid ward.

Mr Bashir told the BBC: “I was offered the vaccine, but I was arrogant.

“I was going to the gym, cycling, walking and running. Given that I was strong and healthy I didn’t think I needed it.

“That also meant that if it turned out not to be safe I wouldn’t have taken any risks.

“But the truth was that I couldn’t avoid the virus. It still got me. I don’t know how or where.”

The 54-year-old added: “People are filling the hospitals by taking chances and it’s wrong.

“I feel terrible. I feel so bad about it and I hope by speaking out it helps others avoid this.”

Dr John Wright, who works at the hospital, said that about half of the patients being treated for Covid at the Infirmary had chosen to not be vaccinated.

Abderrahmane Fadil, who was in ICU for nine days, said: “My wife had the vaccine. I didn’t. I was reluctant.

“I was giving myself time, I was thinking that in my life I’ve lived with viruses, bacteria, and I thought my immune system was good enough.

“And I’d had symptoms of Covid at the start of the pandemic and thought perhaps I’d had it. I thought my immune system would recognise the virus and I’d have defences.

“This was the biggest mistake in my life. It nearly cost me my life.

“I’ve made many silly decisions in my life, but this was the most dangerous and serious one.

This comes after Andrew Marr has opened up about his potentially deadly battle with Covid, despite having both jabs.

The BBC journalist was struck down with the bug when he arrived back in London after covering the G7 summit last month in Cornwall.

Marr, 61, said his symptoms were akin to a “summer cold” with a “bit of a sore throat and a slight headache”.

But a day later, Marr said he started to feel “seriously ill” so he decided to take a PCR test despite six lateral flow tests coming back negative.

Despite being double-jabbed, his test result came back positive.

Marr, who suffered a near-fatal stroke in 2013 at the age of just 53, believes he is a “vaccine success” as he didn’t find himself in hospital battling the virus.

Meanwhile, Britain’s third Covid wave will last through the summer and into the autumn with daily infections rising to 100,000 in weeks, a SAGE adviser has warned.

Professor John Edmunds, a member of the SAGE board which advises the government, said the summer wave was likely to be “long and drawn out” after restrictions are eased on Monday.

His comments come as the Government prepares to lift all legal Covid restrictions on ‘Freedom Day’ in just two days time, with social distancing measures scrapped, large-scale events back on and work-from-home guidance shelved.

However, concern over the spread of the Delta variant is mounting with Britain yesterday recording 51,870 cases – the highest daily infection tally since January 15.

Prof Edmunds, of the London School of Hygiene and Tropical Medicine, warned the spread was unlikely to cease as measures are lifted.