A DOCTOR who praised her three “beautiful” kids in a Facebook post is being remanded to a mental health unit over their murder, reports claim.

Lauren Dickason, 40, was silent as she was charged for the deaths of her two-year-old twins Karla and Maya and their older sister Liane, 6, at Timaru District Court in New Zealand. 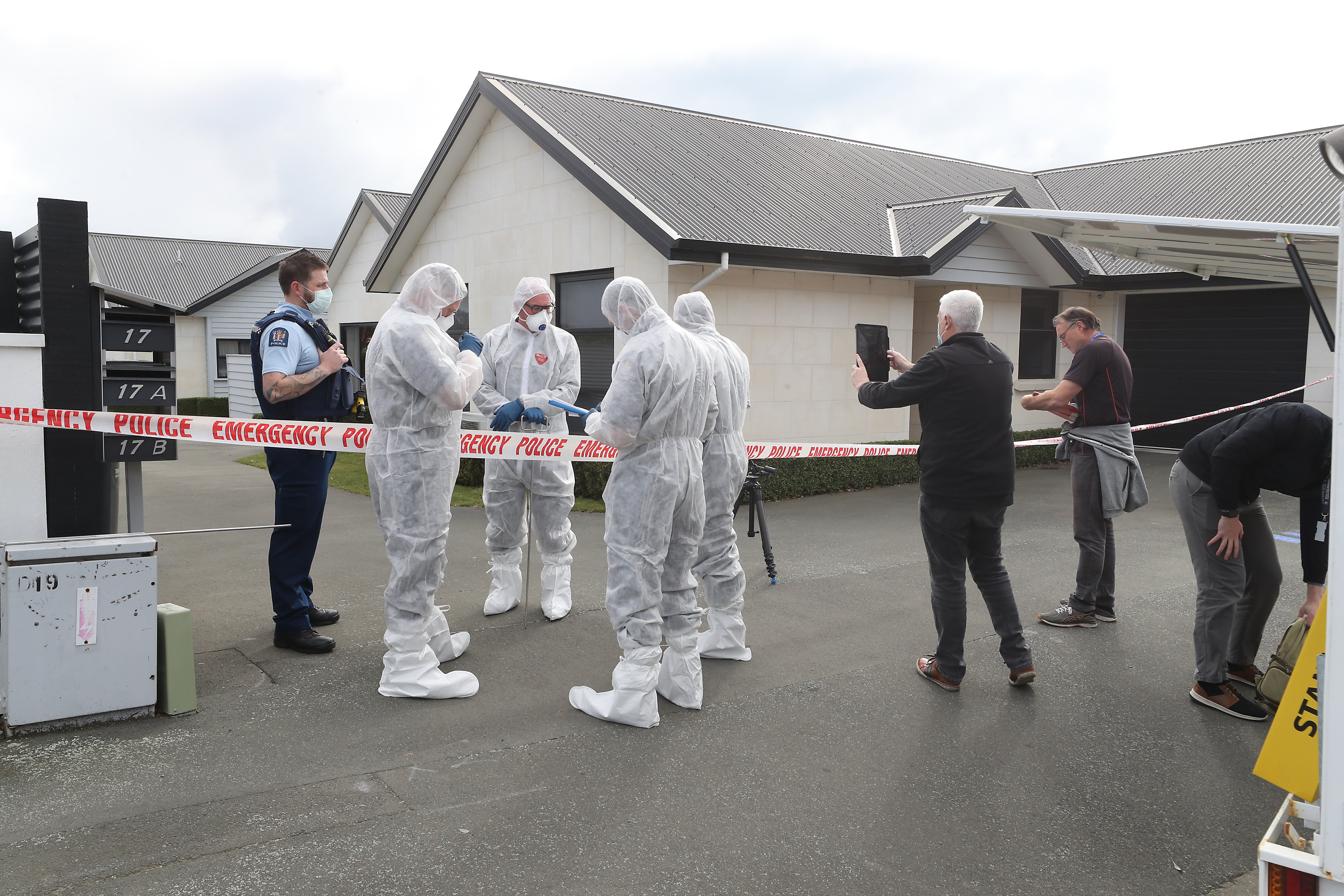 The girls were found dead by their distraught father on Thursday nightCredit: Stuff Limited 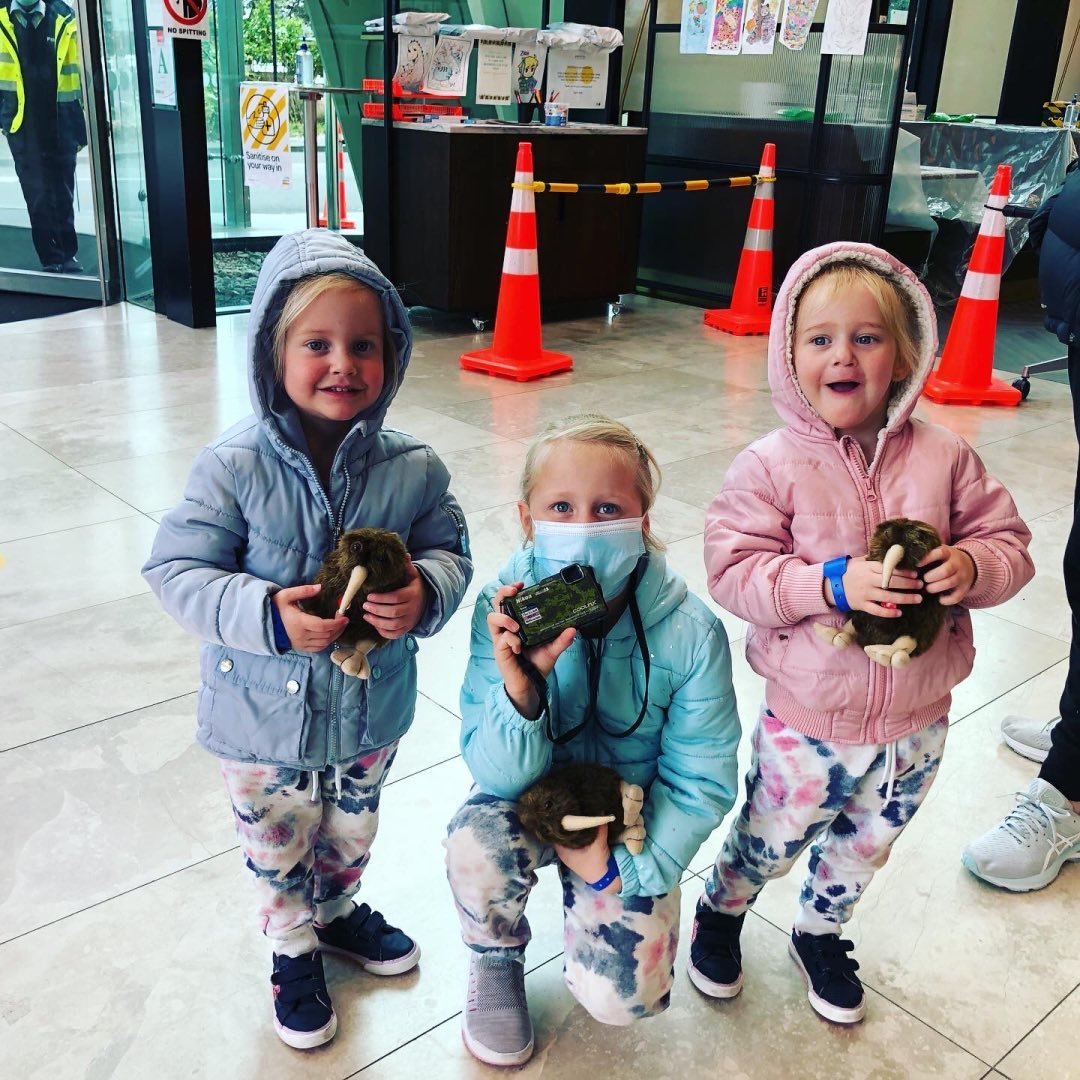 In court on Saturday morning, Dickason was led from the cells wearing a light grey hoodie and black trousers as she made a brief appearance to hear the charges made against her.

She look distressed and drawn as she entered no plea and was immediately remanded to a secure mental health unit, where she’ll stay until her next court appearance on October 5, according to reports from NZ Herald.

According to the paper, Judge Dominic Dravitzki ordered a mental health report to establish the Dickason’s state at the time of the alleged murders.

It comes months after the mum shared a tribute to her family on Facebook.

In a May 1 post congratulating her husband on their 15th wedding anniversary, Dickason wrote: “What an adventure. We have truly created a beautiful family and had many good times together. May the next years be more blessed, more happy and may the kids let us sleep.”

The children’s grandparents in South Africa said the whole extended family was “in a state of shock” since hearing the devastating news, according to stuff.co.uk.

“The extended families are in a state of shock as we try to understand what happened.

“We ask for your prayers and support during this very difficult time. We would also request privacy as we battle to come to terms with what has happened,” they said.

Natasja le Roux, a former colleague and neighbour told the Sunday Times in South Africa: “I cannot comprehend what happened – she is a medical doctor and she wasn’t arrogant or anything like that. She was very humble.

“She was really just a nice person, she and her husband.”

According to the former neighbour, Dickason and husband Graham had difficulties conceiving their their children and were dedicated and loving parents.

“They waited years for those children because she had troubles with fertility and stuff, so it really is a big shock,” le Roux added.

Mendy Sibanyoni, a family friend from South Africa, said there was nothing in the couple’s background that suggested they were troubled.

She said both parents “loved their kids like nobody’s business”.

“Those children, that family, are like my own. I was in their house…I went on holiday with them. [The parents] never argued. They were two darlings. What could have gone wrong?” she said.

Another former neighbours, who did not want to be identifed, said the couple were very “grateful” for their kids.

“They absolutely adored those children. They were so grateful for having them because they struggled to get pregnant and when they finally got the children, they loved them,” the neighbour said.

“Something just doesn’t add up. I don’t know if it’s the stress from New Zealand, moving there, being quarantined for so long and everything – just not coping with that going on.

“So I think whatever happened is not normal, it wasn’t normal circumstances.”

The only sign Dickason may have been distressed came in a cryptic Facebook post in March, which referred to the mental illness suffered by Hollywood stars like Demi Lovato, Robin Williams and Carrie Fisher.

She underlined a section in red which read: “Unfortunately we live in a world where if you break a bone everyone comes to sign the cast but if you tell people you’re depressed they run the other way.”

Dickason and her family had moved to New Zealand from South Africa days earlier to start a new life but on Thursday neighbours reportedly heard “haunting wails” and a woman sobbing at their house.

‘IS THIS REALLY HAPPENING?’

When husband Graham, a doctor, got home he reportedly found his twins tots Maya and Karla, two, and little Liane, six, dead as he cried out: “Is this really happening?”.

Cops were then called to the grisly scene at about 10pm on Thursday, and and Dickason was taken to hospital in a stable condition.

The family had only just emigrated from Pretoria, South Africa, and settled into their new home in Timaru, on New Zealand’s South Island.

A picture posted online on August 30 shows the smiling girls clutching toy kiwis after they landed in the country.

Graham, an orthopaedic surgeon, and Lauren, also a hospital doctor, are said to have been planning the move to Timaru for some time.

Lauren’s parents Wendy and Malcom Fawkes told NZ news site Stuff they were “devastated” to hear of the tragedy.

Neighbours said they heard a bang and then the sounds of sobbing and moaning at about 9.40pm.

Jade Whaley said: “The first noise we heard was somebody sobbing, and then we heard a loud thud like someone just slammed a door.

“We could see someone through our fence wandering behind the house and wailing.”

Another neighbour Karen Cowper described hearing a man crying out “Is this really happening?” just after 10pm.

She said: “We asked him if he was OK. He did not respond to us and was screaming and crying hysterically.”

Police sealed off the house – which is leased by the local hospital for newly arrived staff – after paramedics tried in vain to save the girls.

“Police would like to reassure the community that this was a tragic isolated incident and we are not seeking anyone else,” said Det Insp Scott Anderson.

“The investigation into this tragedy is still in its very early stages, but we can confirm that nobody else is being sought in relation to the deaths of the three children.”

Area commander Inspector Dave Gaskin said it was “another incredibly sad event for the people of Timaru” following a crash that killed five teenagers.

According to their social media profiles, both Graham and Lauren worked at Pretoria East Hospital before they emigrated.

While in quarantine earlier this month, Lauren posted excitedly about the move to Timaru and asked for suggestions on schools and furniture shops.

She also said her eldest daughter had had very limited schooling over the past year because of Covid lockdowns in South Africa. 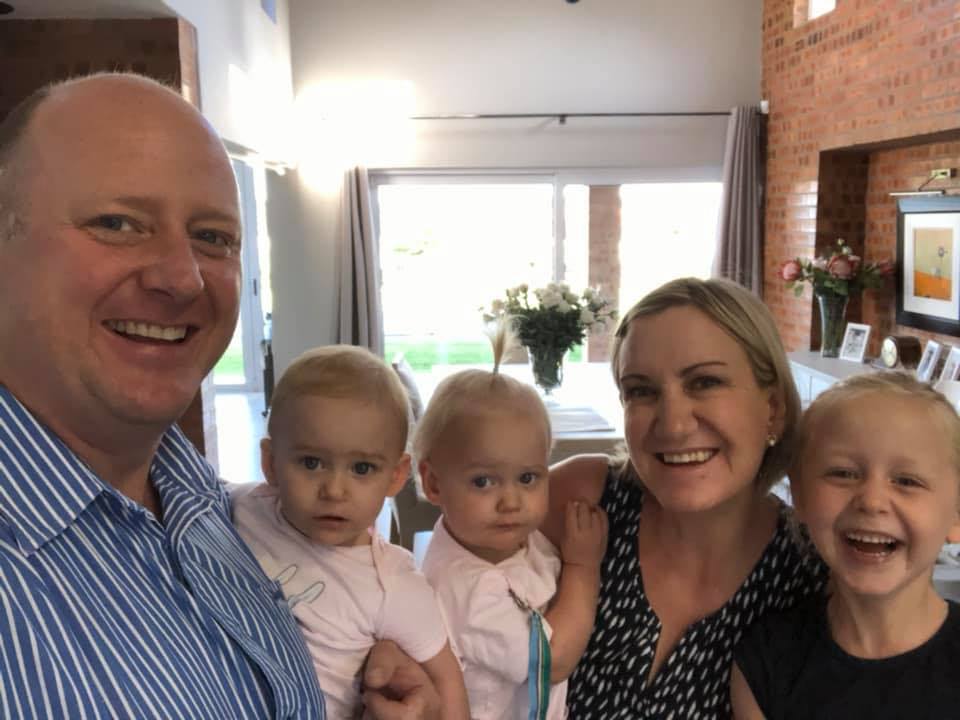 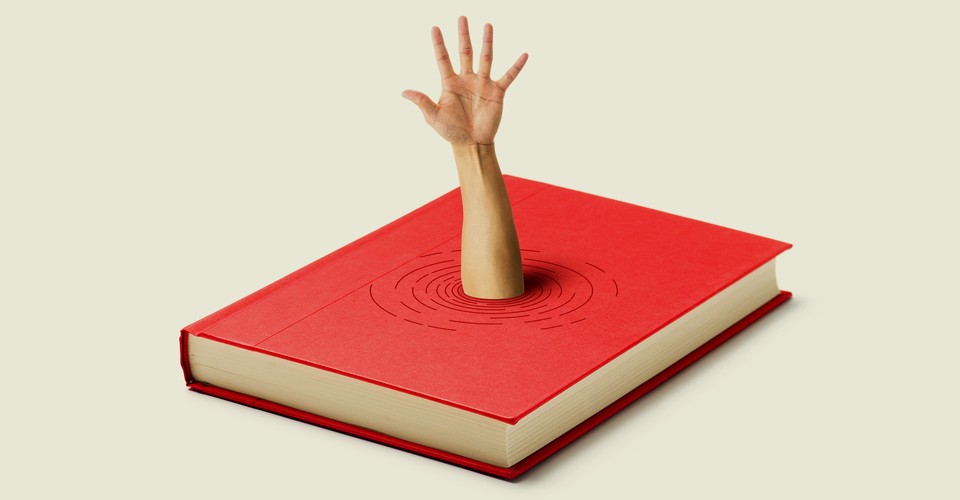 Nothing about The Body Keeps the Score screams “best seller.” Written by the psychiatrist Bessel van der Kolk, the book...