THE highly infectious Kent variant is the country’s “main challenge” in the fight against Covid, but vaccines do work against it, a minister said this morning.

Environment Secretary George Eustice told Sky News the Kent variant is dominating at the moment and is spreading more quickly than other variants. 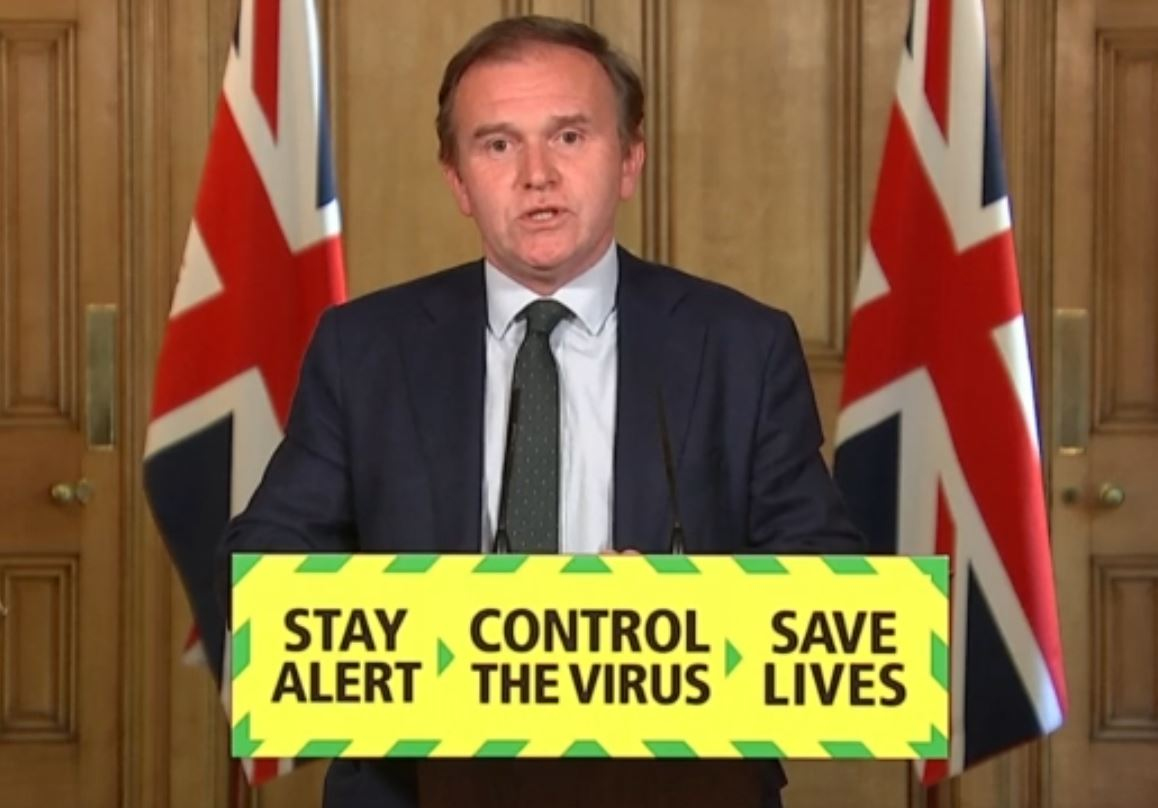 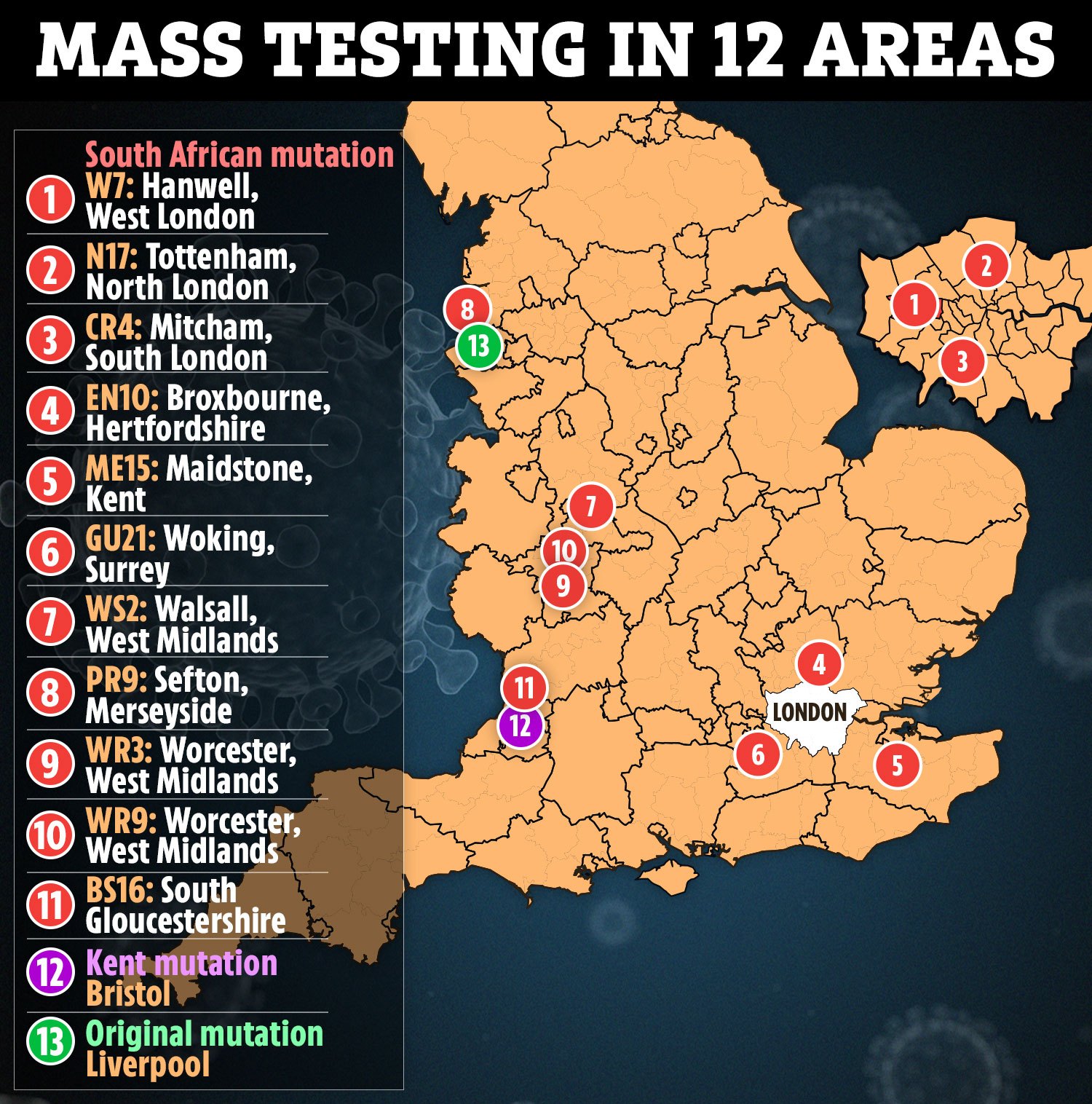 However, he added that vaccines are “fully efficacious” against it.

He told Sky News that the variant remains “our main challenge at the moment”.

“(It is) highly infectious, spreads more quickly than some of the other variants, and dominates at the moment and is our primary challenge.

“And the vaccines are fully efficacious against that particular strain.”

It comes after Jonathan Van Tam said last night that the South Africa variant is NOT more transmissible than Britain’s Kent strain and won’t overtake it here in the UK.

The top scientist reassured the nation that despite the variant taking over in South Africa, it wasn’t likely to do so in the UK.

He said last night that the South Africa variant was not more easily spread, adding: “It’s not going to over-run or overtake [the other virus] in the next few months.

“That is the most likely scenario,” he added.

“I don’t think that this is something we should be concerned about right at this point at this time.”

He admitted that the news did appear a bit scary, but tried to reassure the nation he was trying to prepare for anything that might happen in the future.

The nation is likely to need a “variant vaccine booster” in the autumn, he added – but he begged them not to wait and to get the jab now.

Mr Hancock said “we have a plan” for how to update the vaccines if needed later on.

TOO EARLY FOR HOLIDAYS

Ministers were asked last night if the rule of six outside might be one of the first things to be relaxed after schools reopen – but Mr Hancock said it was too early to say yet and refused to speculate.

He said in response to The Sun: “It’s very tempting. But it’s too early to say and too early to speculate on any of the measures we might be able to take.”

And Professor Van Tam warned that the more elaborate summer holiday plans people make, the bigger the risk of them being cancelled later on.

He told the press conference: “The more elaborate your plans are for summer holidays, in terms of crossing borders, in terms of house mixing, given where we are now, I think you just have to say, you’re stepping into making guesses about the unknown.

“We just don’t have the data, it’s just too early.”

He today said vaccines are “remain of massive benefit to our country” but failed to dismiss extending the current restrictions.

It comes after a top scientist also warned that lockdown could be extended as “it’s very possible” the mutated strain is already widespread in the UK. 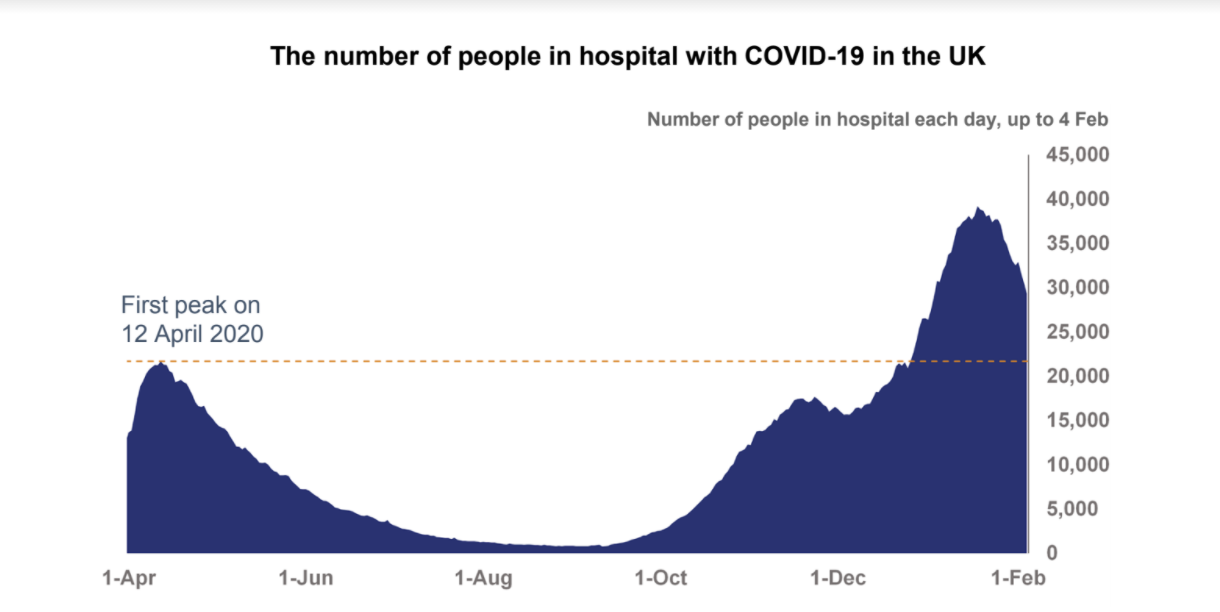 The number of people in hospital in the UK is finally starting to come downCredit: Downing Street 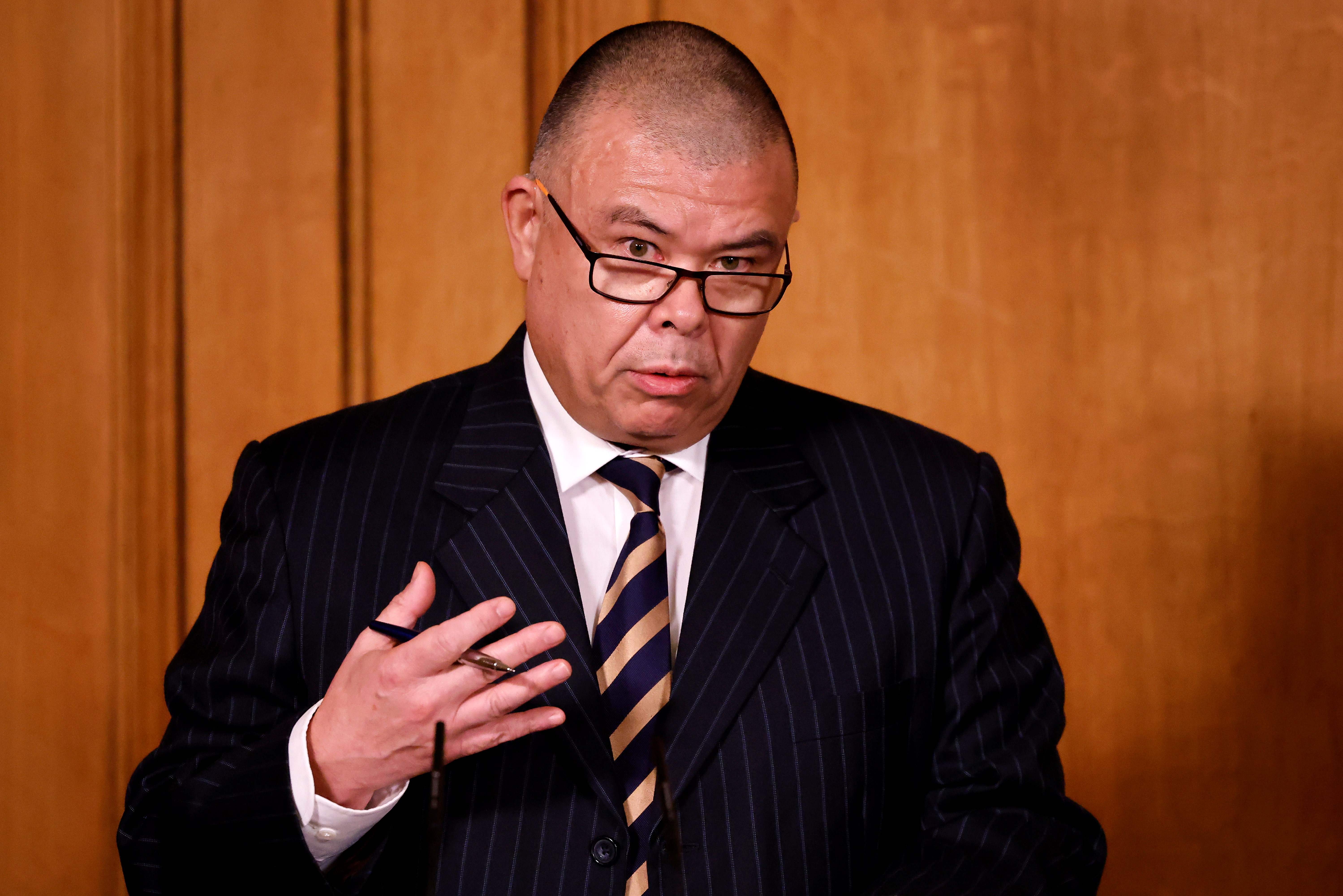 JVT said it was not likely to become the dominant strain hereCredit: AFP or licensors 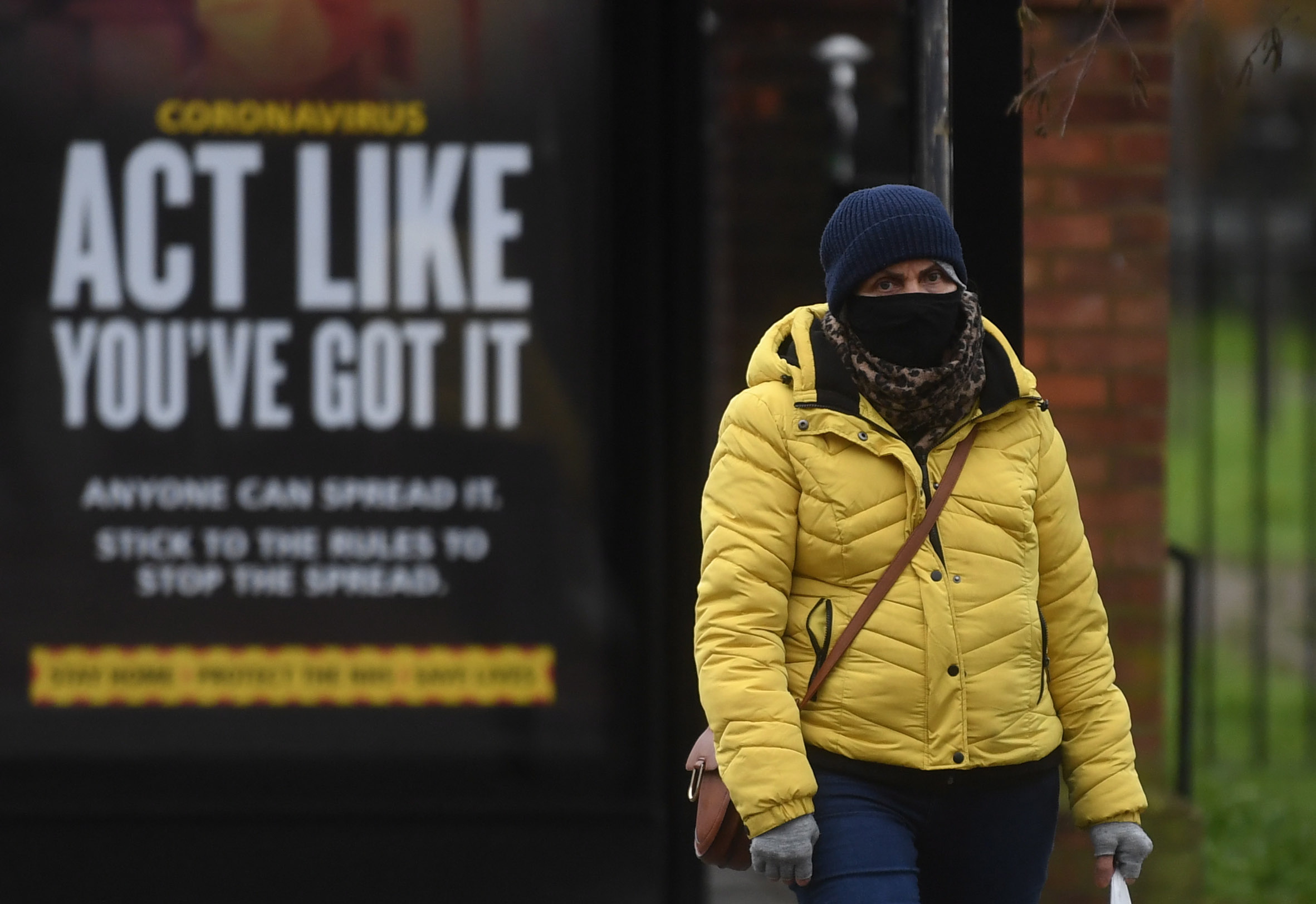 Lockdown could last longer if the South African variant continues to spreadCredit: EPA 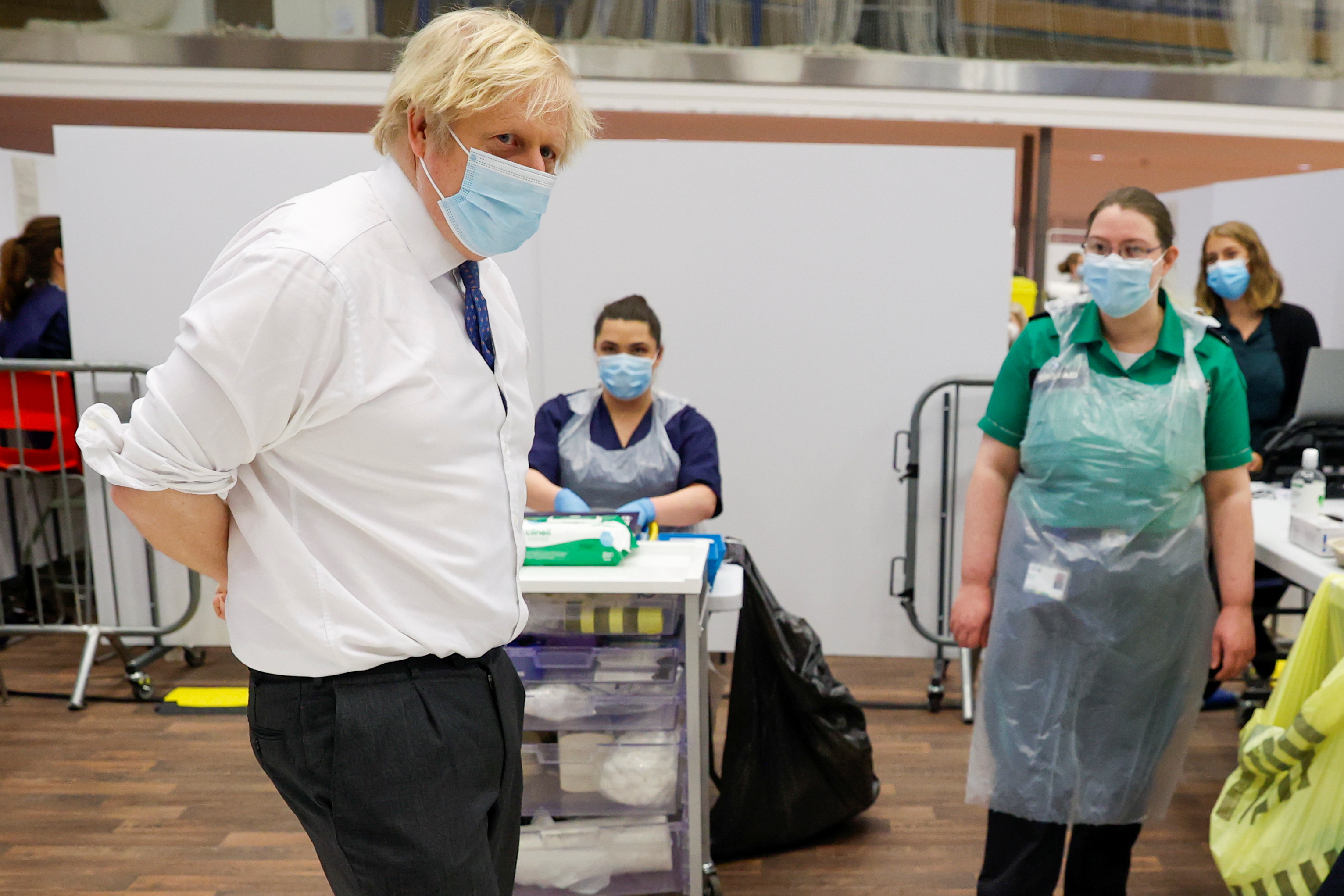 Boris Johnson during a visit to a Covid test manufacturing facility in DerbyCredit: Reuters 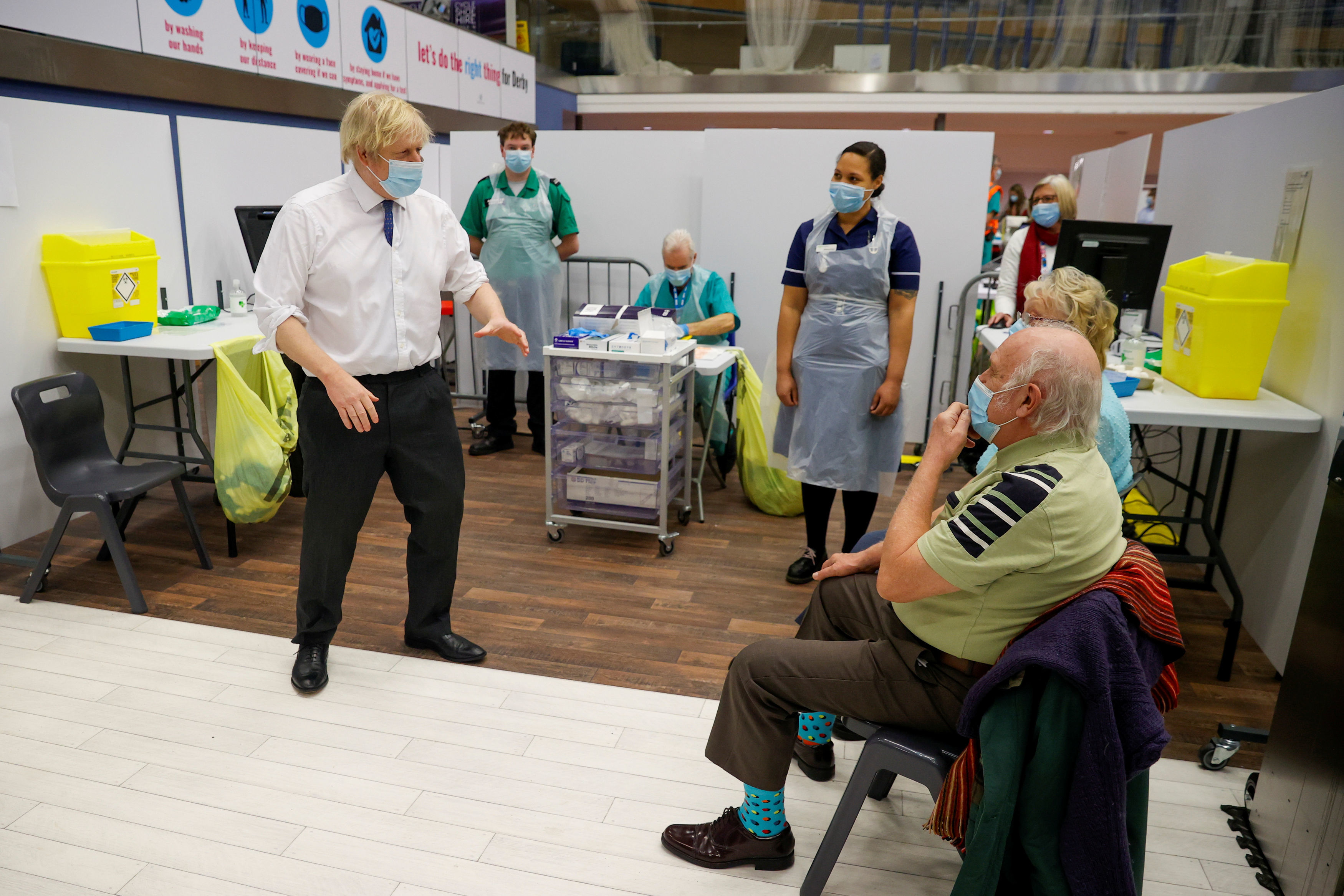 The Prime Minister speaks to members of he public during a visit to the vaccination centre at Derby Arena velodromeCredit: PA:Press Association

The PM was pressed on whether lifting lockdown restrictions may need to be delayed following the study on the Oxford jab’s effectiveness.

Speaking during a visit to a Covid test manufacturing facility in Derby today, he said: “We’re very confident in all the vaccines that we’re using.

“I think it’s important for people to bear in mind that all of them, we think, are effective in delivering a high degree of protection against serious illness and death, which is the most important thing.” 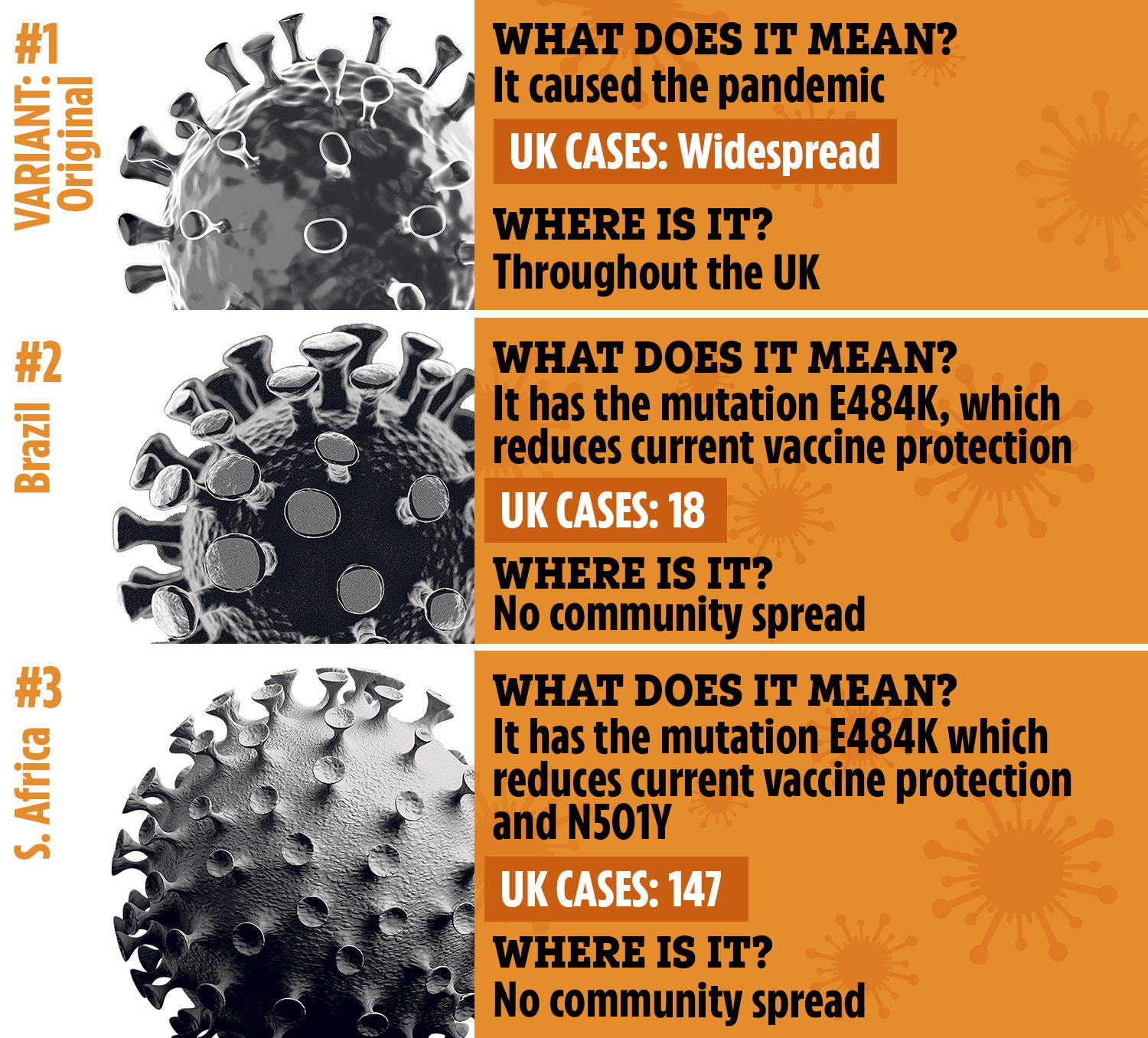 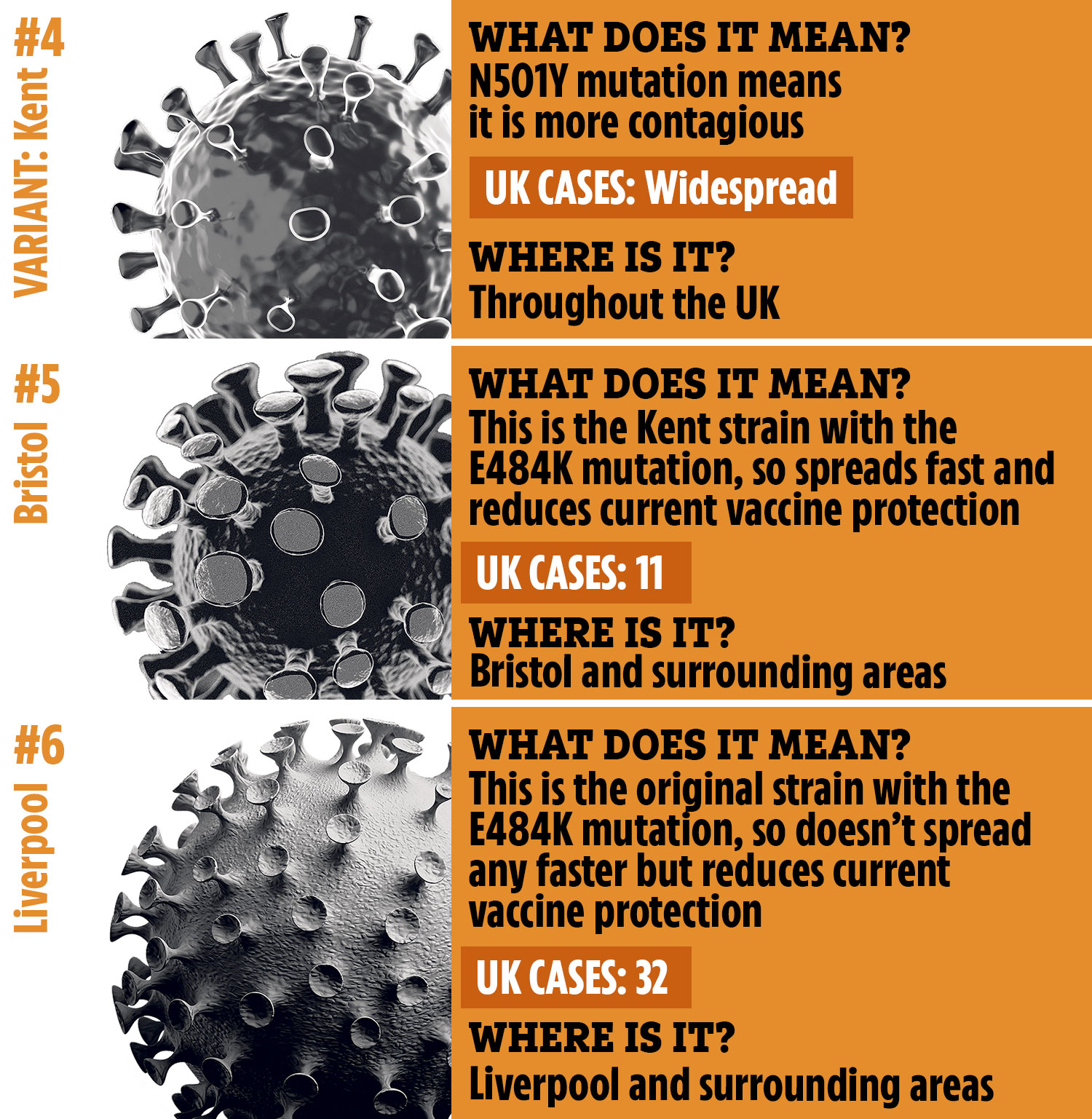 Another leading expert warned that the number of cases of the variant was “probably here in dramatically more numbers” than had been found.

Stephen Evans, professor of pharmacoepidemiology at London School of Hygiene and Tropical Medicine, told BBC Radio 4’s The World At One programme: “There’s a lot more of it about and it will probably spread and cause difficulties over the next few months.”

Asked about the latest case figures on BBC Breakfast today, Edward Argar said: “147 is the latest figure I have.

“So, it’s by no means the dominant variant in the UK – that’s the historic variant we’ve had for a long time – and the Kent variant.

“It’s a very small number but it’s still something we quite rightly have got to keep a very close eye on.

“Hence that ‘surge testing’ to track down those cases of it and make sure people who have this variant self-isolate and don’t transmit it further.” 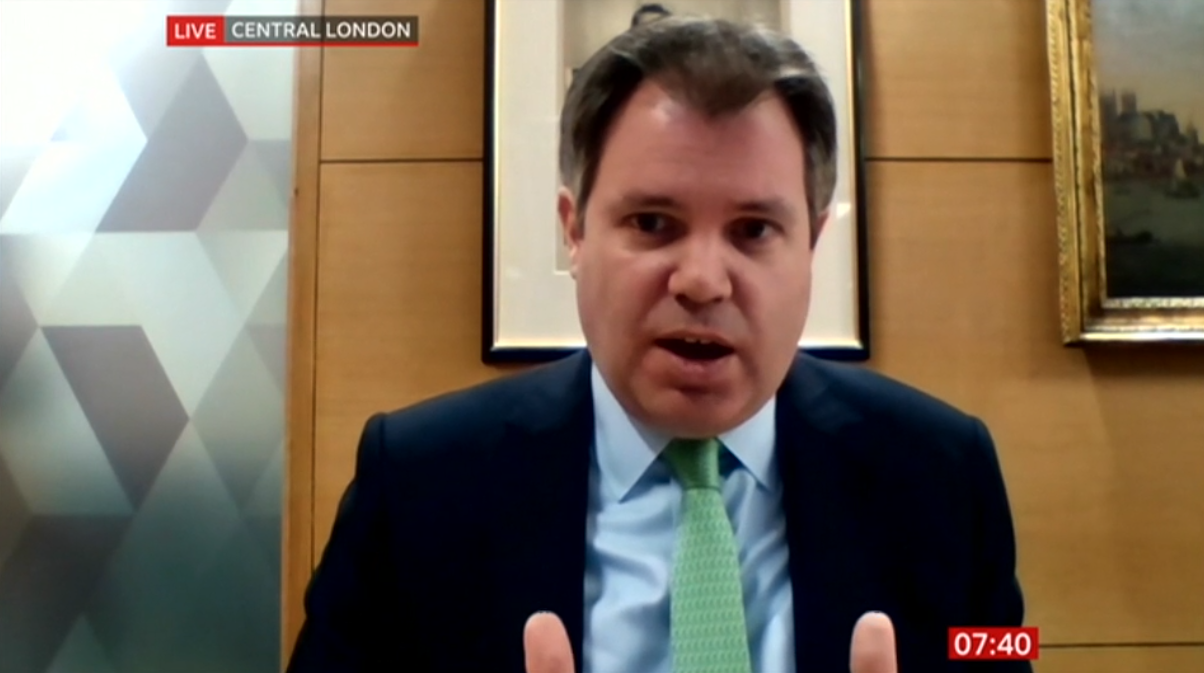 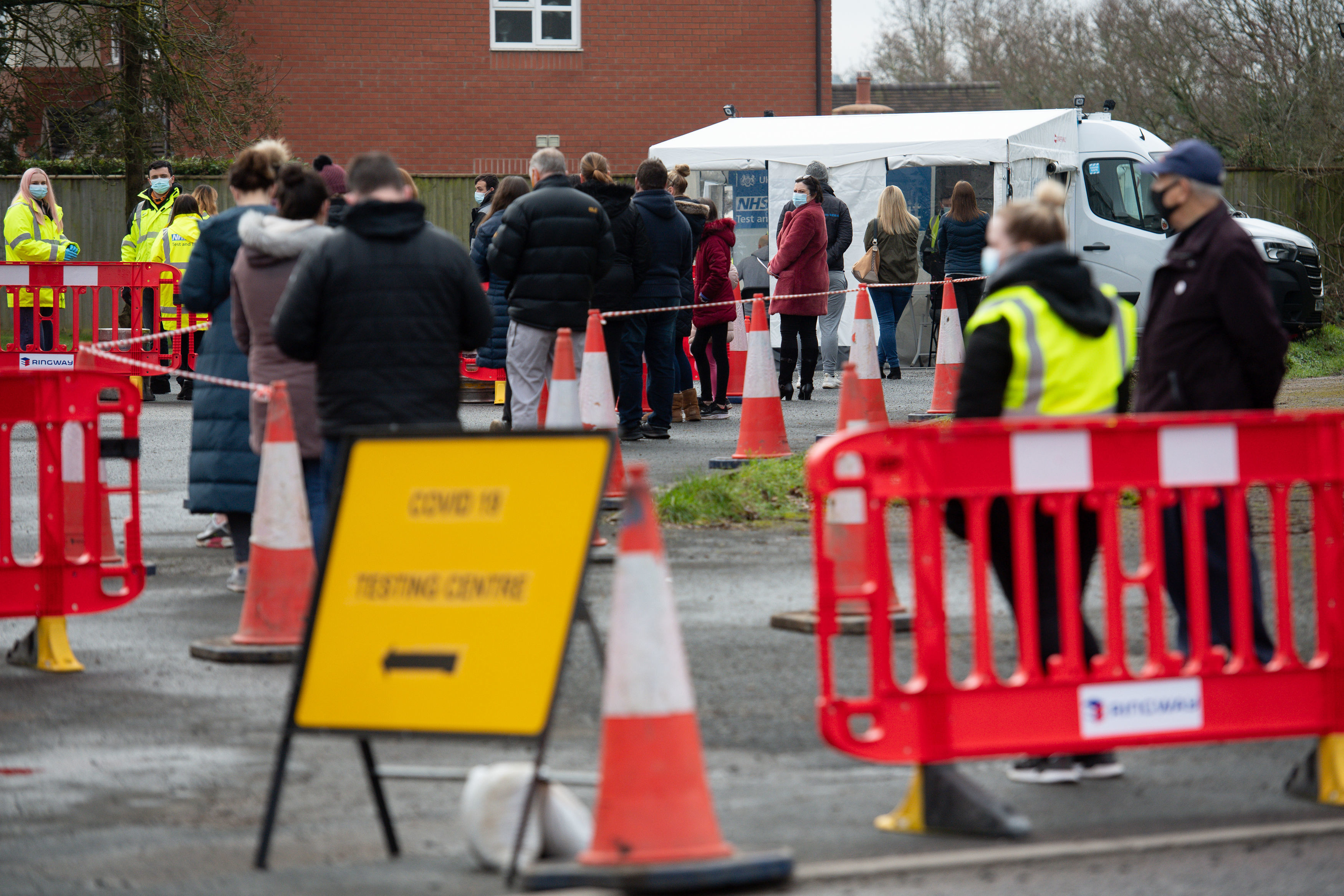 People wait to be tested at a Covid-19 mobile testing unit set up at the White Hart pub in Fernhill Heath, near WorcesterCredit: PA:Press Association

Eleven new cases of the South African variant with no links to travel were detected in eight postcodes across England.

Scientists have warned the mutation, named 501YV2, is feared to be at least 50 per cent more contagious, with hundreds more undetected cases thought to be in the country.

A major door-to-door testing blitz on up to 350,000 people was launched last Tuesday in a fightback against the new strains in hotspot areas.

Testing of around 10,000 people in Maidstone, Kent, was completed on Thursday night.

While in Surrey, testing in Woking, Egham and Thorpe, were due to get under way on Saturday.

Three new areas were added to the surge testing locations over the weekend – Sefton in Merseyside, parts of Bristol and South Gloucestershire, as well as Worcestershire.

Health officials are scrambling to prevent the surge of the South Africa strain, as it is feared that it could reduce the efficacy of vaccines.

The Department for Health and Social Care has said more areas will have additional testing made available to control the spread of Covid-19 variants.

It comes as reports Brits may need a third Covid jab this year amid concerns about the Oxford vaccine’s effectiveness against the South African variant.

Vaccines minister Nadhim Zahawi was forced to defend the vaccine after a new study in South Africa found it was not effective at preventing mild illness caused by the more infectious mutation.

South Africa has suspended the rollout of the British-designed vaccine to healthcare staff following the results, which have yet to be peer reviewed.

Mr Zahawi urged the public to keep faith with the Oxford jab as scientists working on the vaccine raised the prospect of having a booster dose available by the autumn.

Writing in the Daily Telegraph, the minister said: “While it is right and necessary to prepare for the deployment of an updated vaccine, we can take confidence from the current roll out and the protection it will provide all of us against this terrible disease.

“We need to be aware that even where a vaccine has reduced efficacy in preventing infection there may still be good efficacy against severe disease, hospitalisation, and death. This is vitally important for protecting the healthcare system.”

Scientists agreed more research is required into the level of protection the Oxford vaccine affords against the South African variant but some expressed concern over the preliminary findings from the southern hemisphere.

AstraZeneca said on Sunday the fact the study into the E484K mutation involved 2,000 people who were mostly young and healthy meant it had “not been able to properly ascertain” whether it prevented against severe illness and hospital admission. 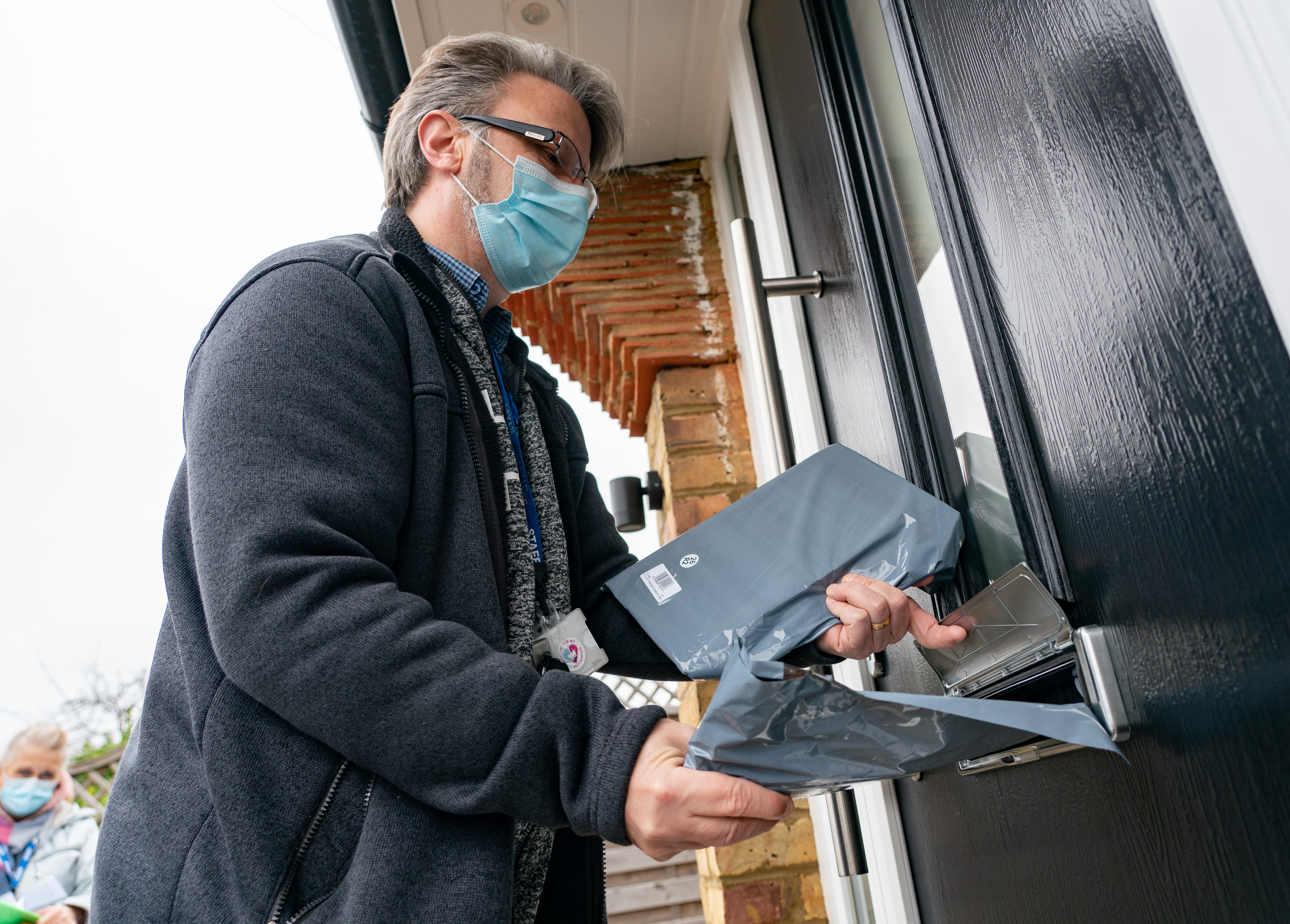 Volunteers delivering self testing kits to homes in the St Johns area of Woking where the South African strain of the Covid virus has been foundCredit: Dan Charity – The Sun 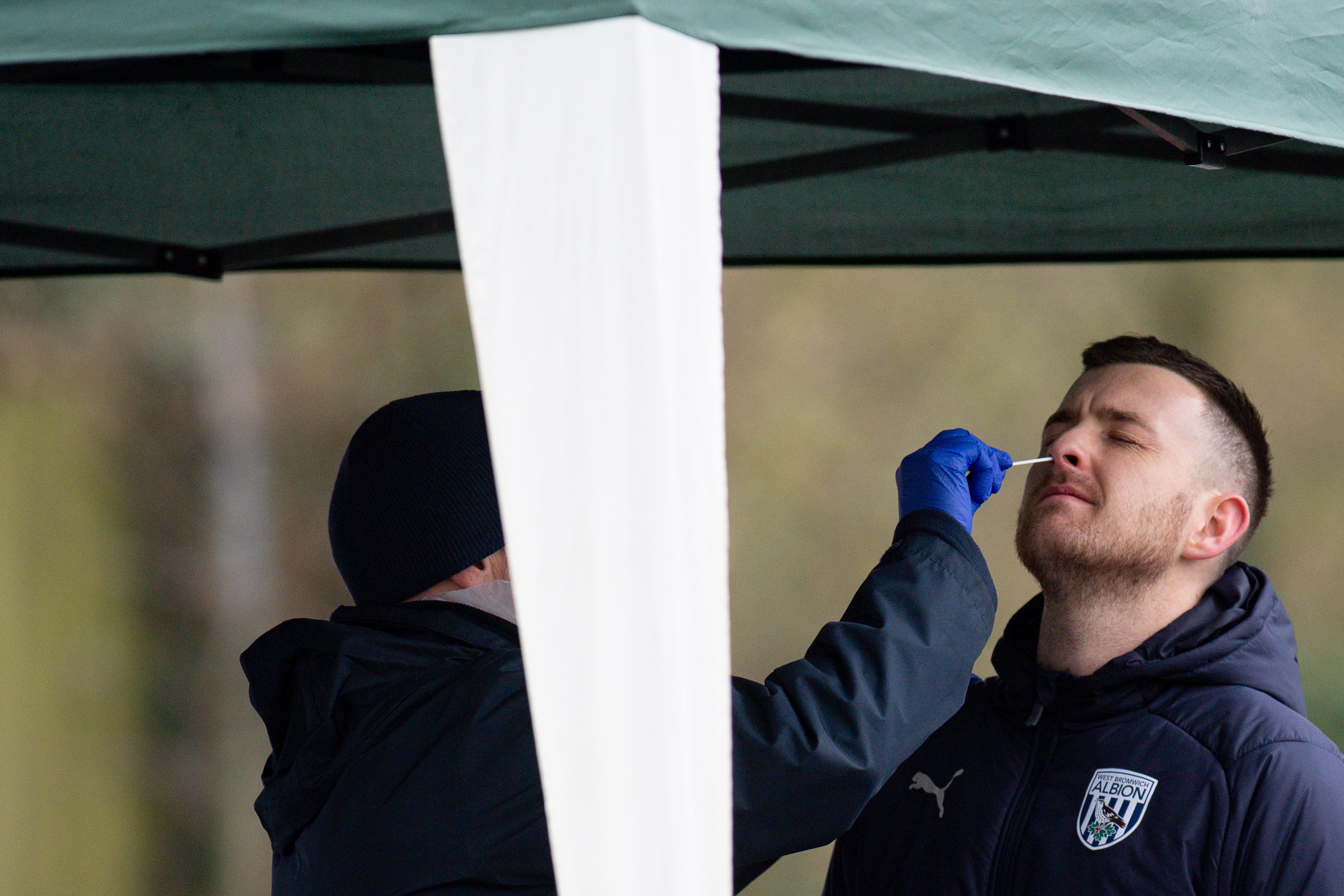 A man is tested for Covid-19 at a mobile testing unit in WorcesterCredit: PA:Press Association

But the Anglo-Swedish pharmaceutical giant said it believed “our vaccine will still protect against severe disease” as the neutralising antibody activity is “equivalent to other Covid-19 vaccines that have demonstrated activity against more severe disease”.

Professor Sarah Gilbert, the Oxford vaccine’s lead researcher, said her team was working on having an adapted version of their jab that could tackle the South Africa mutation – of which cases have been found in England – “available for the autumn”.

She said: “This year we expect to show that the new version of the vaccine will generate antibodies that recognise the new variant. Then it will be very much like working on flu vaccines. It looks very much like it will be available for the autumn.”

Mr Zahawi said he and Professor Jonathan Van-Tam, England’s deputy chief medical officer, agreed there was likely to be a follow-up jab programme later in the year.

“We see very much probably an annual or booster in the autumn and then an annual (jab), in the way we do with flu vaccinations where you look at what variant of virus is spreading around the world, rapidly produce a variant of vaccine and then begin to vaccinate and protect the nation,” he told BBC One’s Andrew Marr Show.

The Government’s announcement that it had secured 20 million more rapid-result coronavirus tests signalled that the Prime Minister – due to set out his road map for easing restrictions later this month – could be preparing to relax lockdown rules in some settings as daily Covid deaths fell to their lowest level in weeks.

Figures showed that a further 373 people had died within 28 days of testing positive for Covid-19 as of Sunday, bringing the UK total to 112,465.

The lateral flow antigen tests, which can return results in under 30 minutes, are the first British-made tests to be validated by Public Health England in the laboratory and will be deployed to test NHS and care home staff, as well as in schools, universities, and for key workers.

But Tim Spector, professor of genetic epidemiology at King’s College London, said the impact of Covid was likely to be felt at large gatherings long after lockdown was over.

He told Times Radio: “I can’t see us suddenly having another Cheltenham Festival with no regulations again, I can’t see us having massive weddings with people coming from all over the world.

“I think for the next few years those days are gone.”