HOLLYOAKS has drummed up a top trick to make Ste Hay and John Paul McQueen’s relationship realistic within a COVID-safe filming environment.

The pair have endured rollercoaster on-off relationship on the Channel 4 soap and, with coronavirus social distancing and lockdown regulations preventing mixing and physical contact between individuals unless they are in a support bubble, intimate scenes for the actors are near-on impossible. 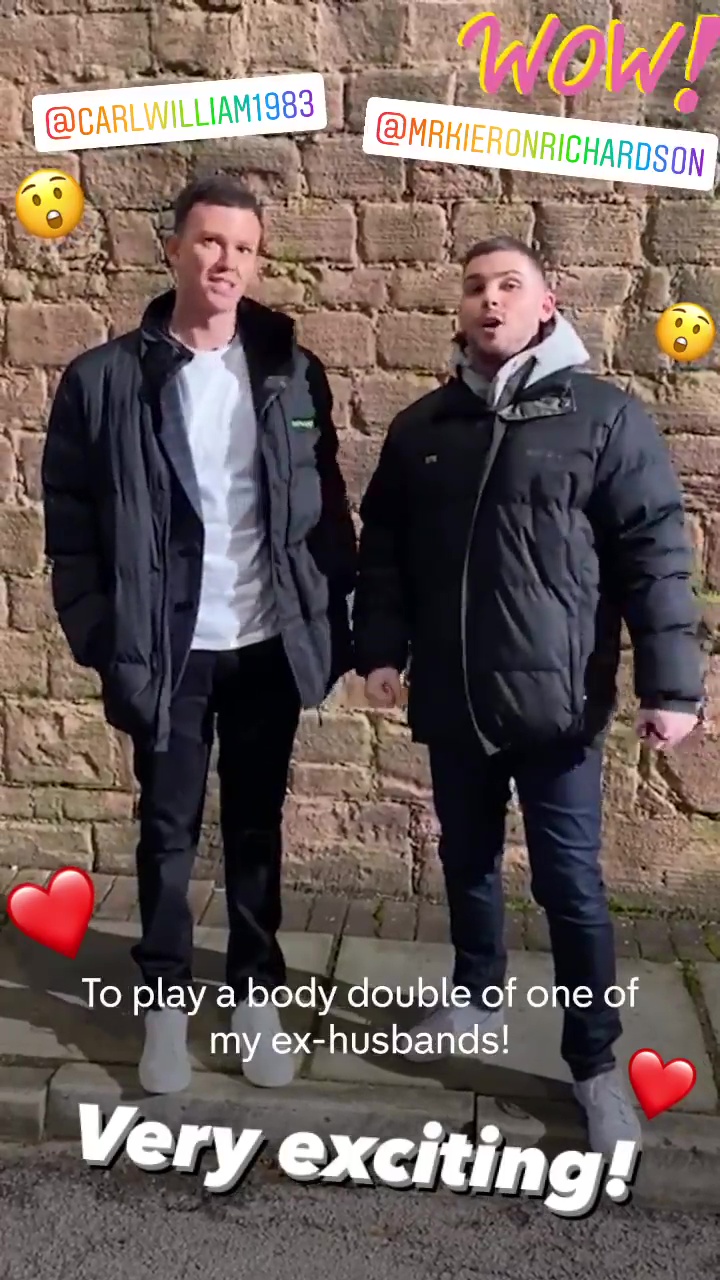 Hollyoaks actor Kieron Richardson revealed his husband Carl Hyland would be starring with him in the Channel 4 soapCredit: Instagram

Yet a new video has revealed how Ste actor Kieron Richardson‘s real-life husband, Carl Hyland, has stepped into the breech playing his on-screen ex, a role ordinarily acted out by James Sutton.

Kieron and Carl married in 2015 and the dad of two has now been filmed making his soap debut in a video for Hollyoaks‘ Instagram page.

The pair were seen wrapped up in chunky black coats as Kieron, 35, said: “Hello everybody, so my real-life husband Carl is here today to play a body double of one of my ex husbands.

“Which one is it going to be?” 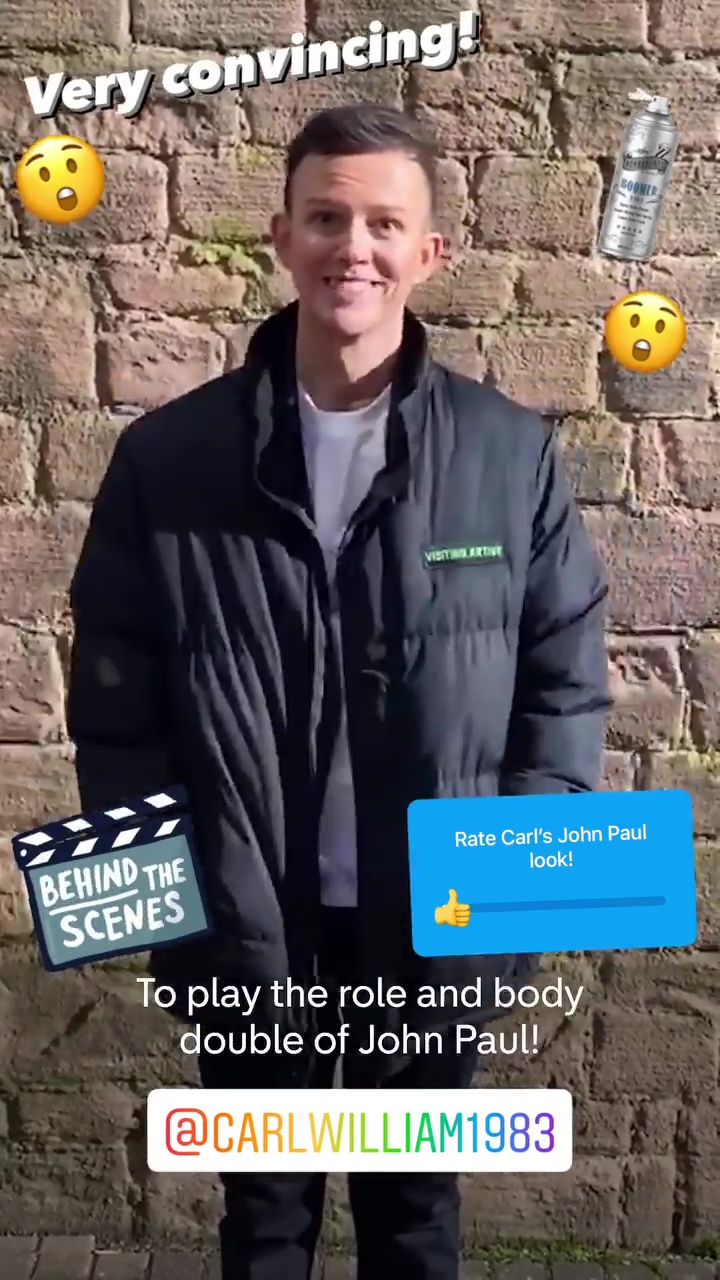 The dad of two is taking on the role of Ste Hay’s ex John Paul McQueenCredit: Instagram 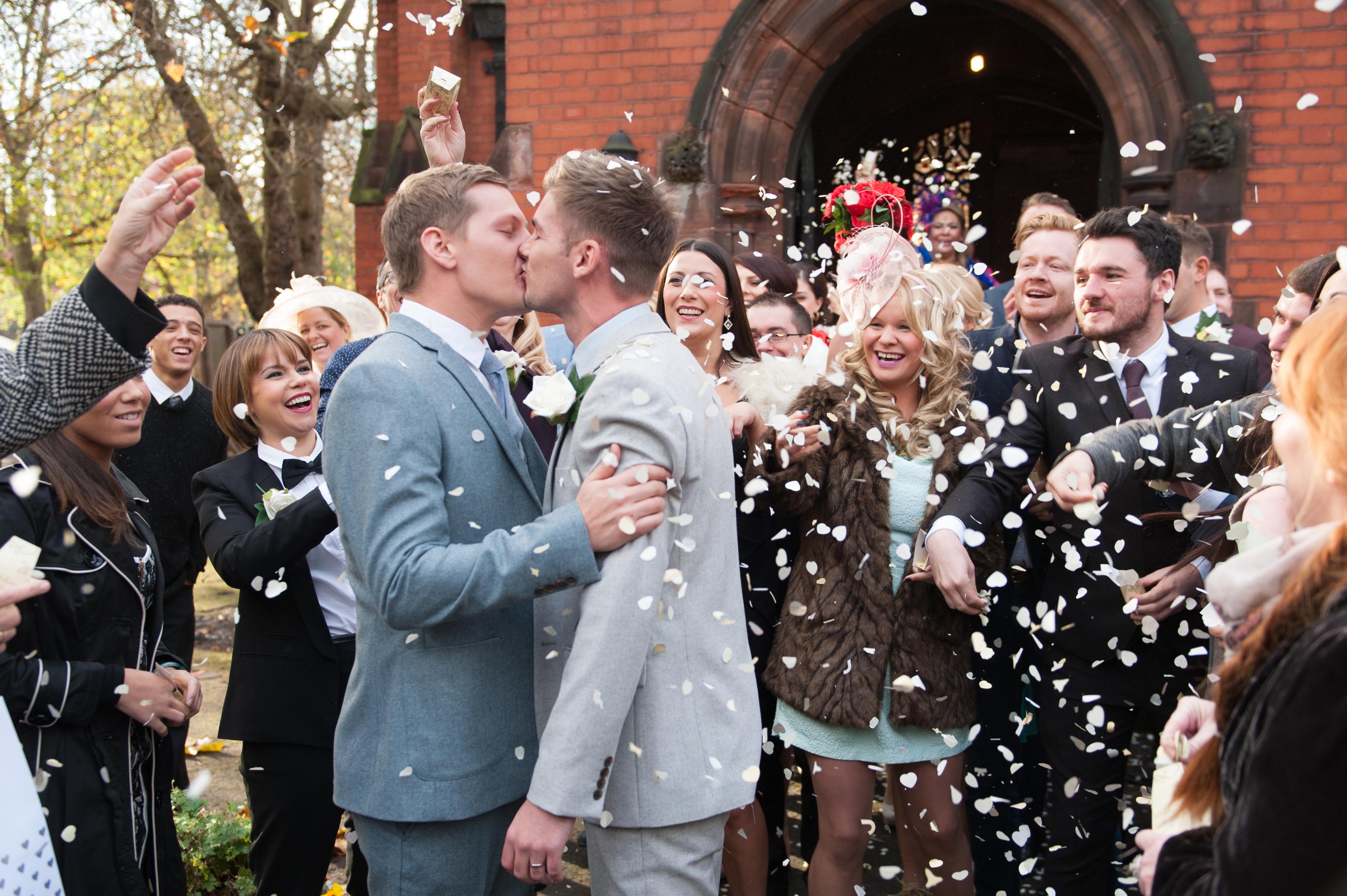 Carl replied: “It’s John Paul,” as he shook a can of spray paint.

Kieron explained: “He’s blonde really so we have to darken his hair down to make it look a little bit like James Sutton’s.”

In a later segment, Carl announced” So I am here today with my brown hairspray to play the role and body double of John Paul.”

Kieron then surmised: “We are spending this Valentine’s together at work, at Hollyoaks not at home because we love each other so much, and we can’t be without each other. 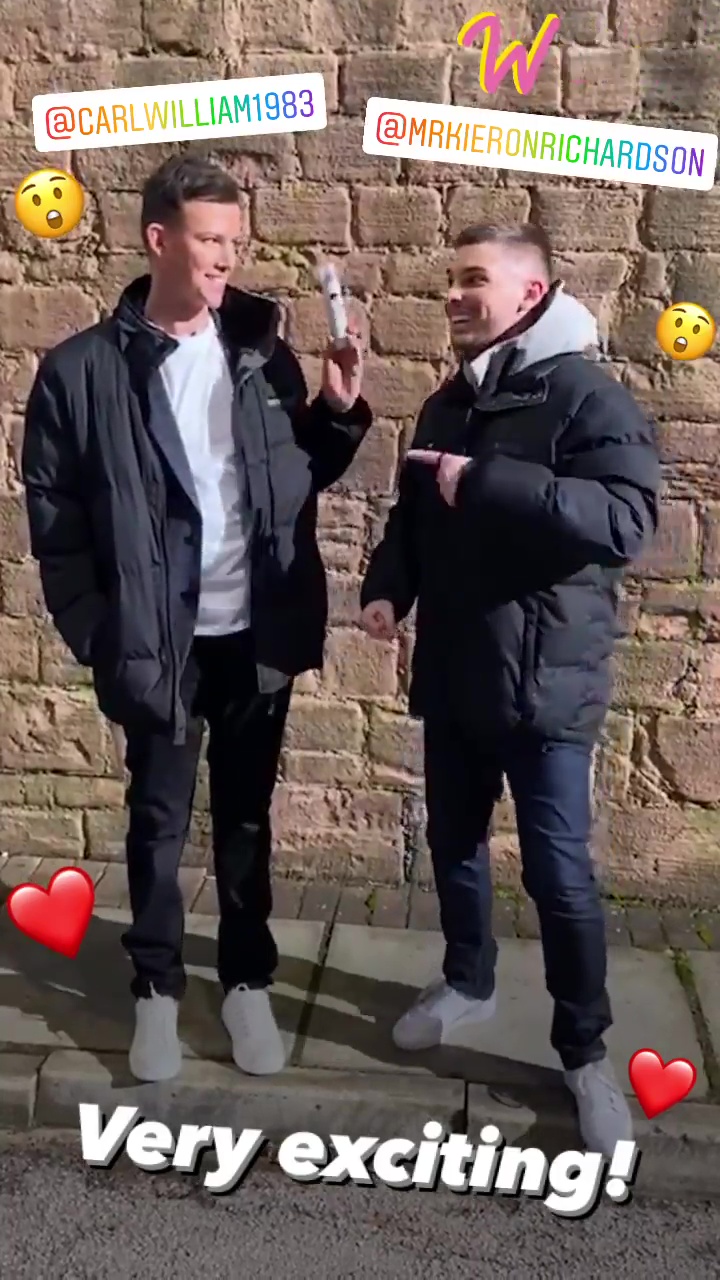 Carl had to spray paint his hair brown for the roleCredit: Instagram 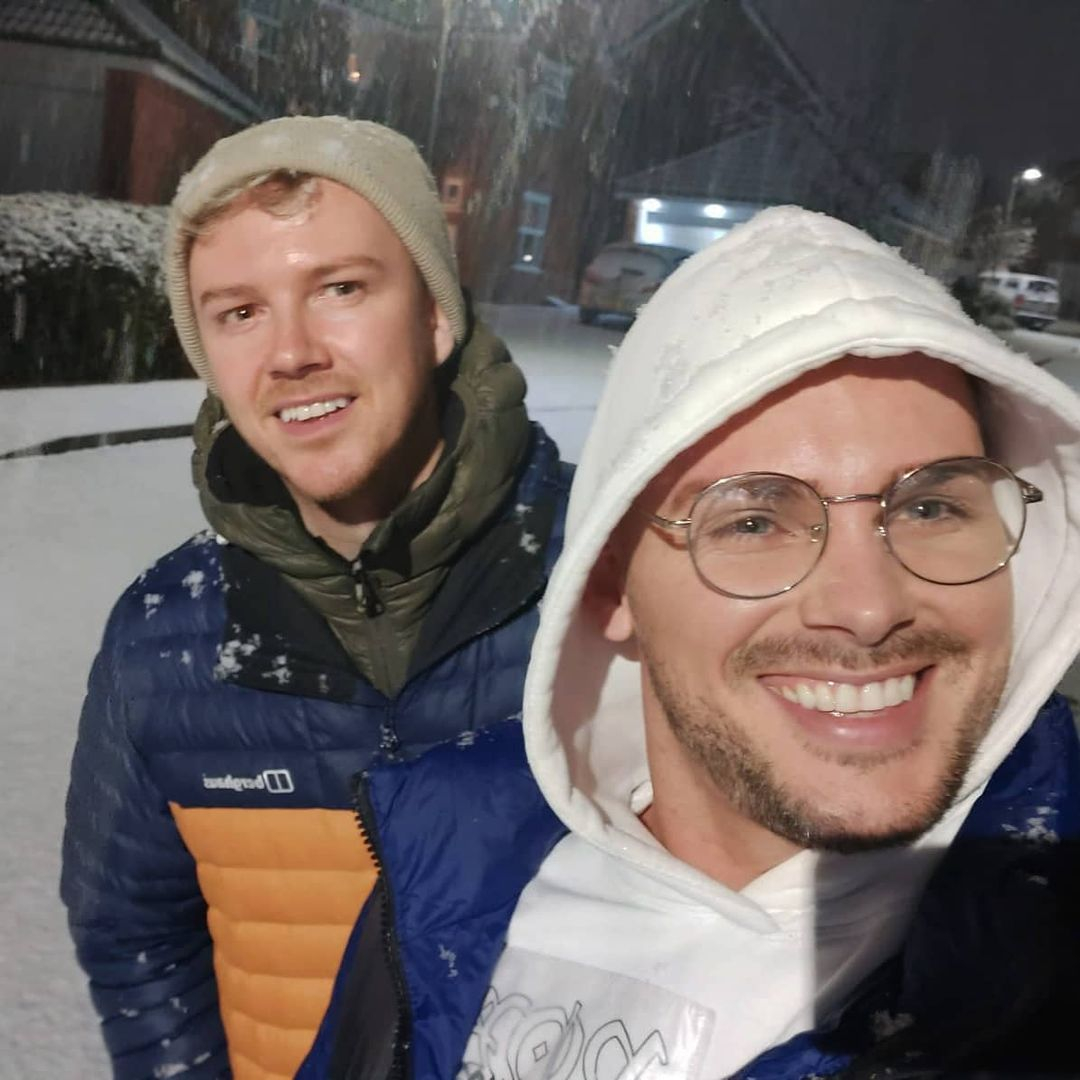 Their off-screen relationship and being members of the same household mean they are adhering to coronavirus-imposed rules relating to social distancingCredit: Instagram

“So now he’s got to follow me to work as well,” before the pair shared a big hug.

Kieron left Hollyoaks in November 2019 after 14 years playing Ste to try his hand at other projects.

Yet he reprised his much-loved role last year, as his half-sister Leela was seduced by drug gang member Jordan.

He was due to resume filming last April – yet that date was pushed later due to the coronavirus pandemic. 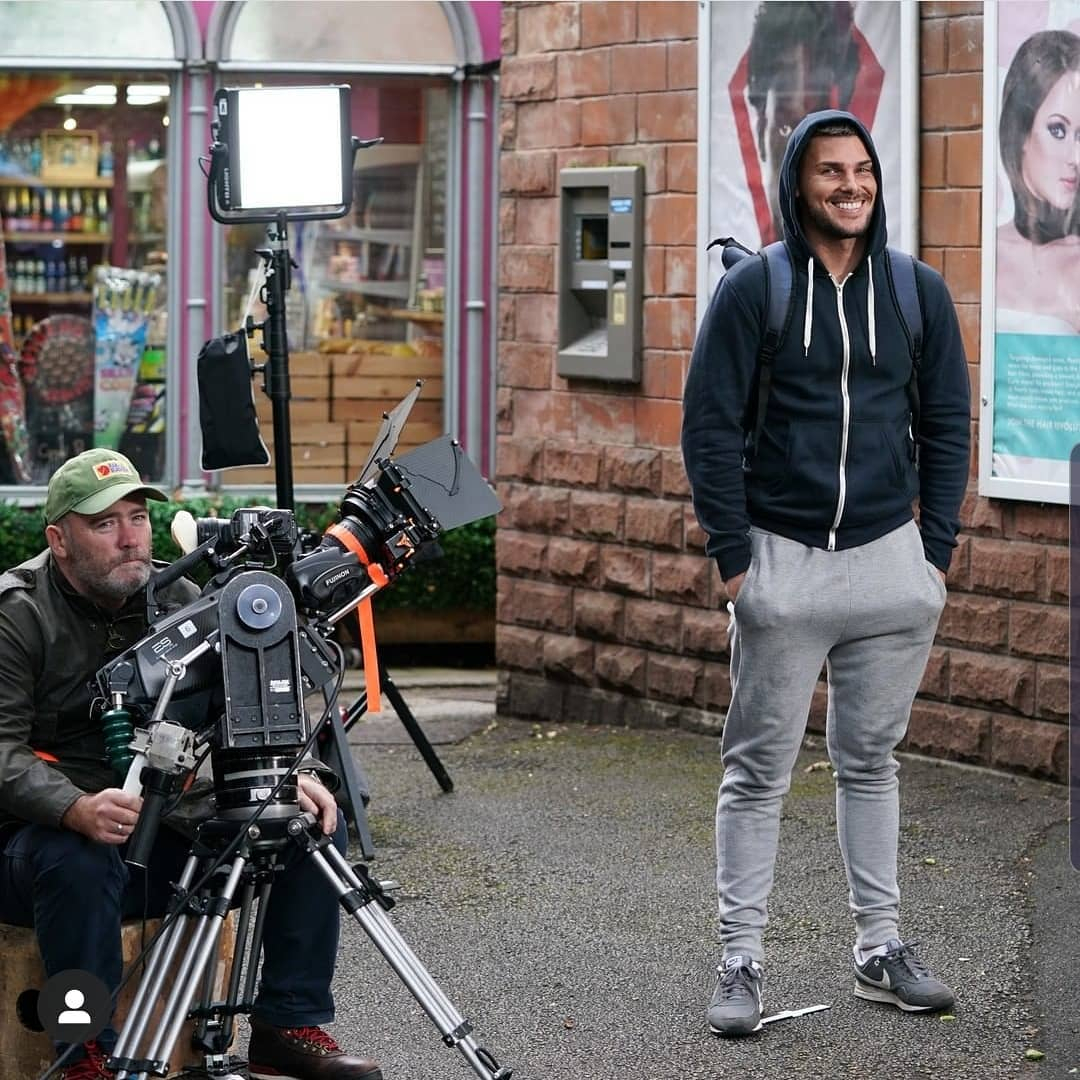 Kieron, 35, told how the pair would be spending Valentine’s Day filmingCredit: Instagram

At the time, the Eccles-born actor said: “Everybody is working from home at the minute in terms of producers and writers and stuff, so what their plan is, whether everything going to stay the same or will things change, I’ve got no idea.”

Meanwhile, as the UK was plunged into another lockdown in December, his relationship status proved helpful for his career.

Off-screen, Kieron and his husband announced that they had become parents to twins on May 22, 2017.

The couple previously had four failed attempts at IVF with a surrogate, before getting pregnant.