Anxiety genuinely changes how we perceive the world around us (Picture: Getty/Metro.co.uk)

If you struggle with anxiety, you’ll know that it totally takes over your body and mind.

When you’re overwhelmed by stress and worry, you can’t think straight.

The worst-case scenario seems the most likely, and even the most preposterous fears feel entirely realistic.

Anxiety legitimately changes how we view the world – and science backs this up.

Albert Moukheiber, a clinical psychologist and neuroscientist, explores this in his new book, Your Brain Is Playing Tricks On You: How The Brain Shapes Opinions And Perceptions.

One key area he breaks down is something called perception bias.

‘Anxiety is closely related to stress, which first and foremost is a physical reaction to a bodily danger,’ Albert tells Metro.co.uk. ‘That’s why we feel it primarily in our body which goes into a fight and flight reflex

‘But it also modulates how we perceive the world. For evolutionary reasons, our brain gets into a hypervigilance pattern (every tiny little detail become very important) but also in a catastrophising mode (we imagine the worst that can happen because in the case of the presence of a potential predator, it’s better to be safe than sorry).

‘Stress and anxiety influence our way of reducing the ambiguity of the world around us, as well as, therefore, our biases.

‘Studies have shown that people with anxiety reduce the ambiguity of certain words in a more negative manner than others. If we ask someone with anxiety what the word “mug” means, they will have a tendency to answer it means to attack (as opposed to the more neutral synonym for “cup” or slang for “face”). This is what we call interpretation bias.’ 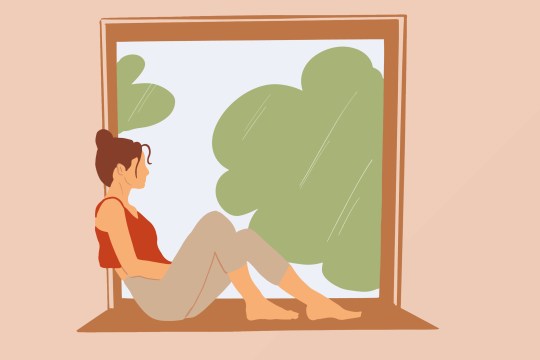 Essentially, these anxiety-induced biases shape and change how we process information. Something non-threatening becomes a threat. Everything feels dangerous and worth panicking over.

This is something people with an anxiety disorder – including OCD and phobias – will experience on a daily basis. And it’s absolutely exhausting.

Albert gives an example: ‘Someone with arachnophobia will be able to detect the presence of a spider in their environment more quickly than average.

‘Once the spider has been spotted, they won’t stop glancing at it to make sure it hasn’t moved: it’s what we call an attraction-repulsion pattern linked to a strong feeling of hypervigilance.’

Or take social anxiety disorders – these can make every social interaction be misread, and damage our relationships as a result.

‘Social anxiety disorder is expressed as an excessive fear in various situations, ranging from public speaking to more ordinary things, such as making a complaint at a shop or ordering a jug of water at the restaurant,’ Albert notes.

‘People who suffer from this have a negative interpretation bias of these situations, which makes them see negative intentions behind these actions or words (when there aren’t necessarily any) more than the average.

‘If you’re subject to social anxiety disorder and you’re invited to have a drink with colleagues or to speak in public, you will tell yourself there will obviously be a form of danger. 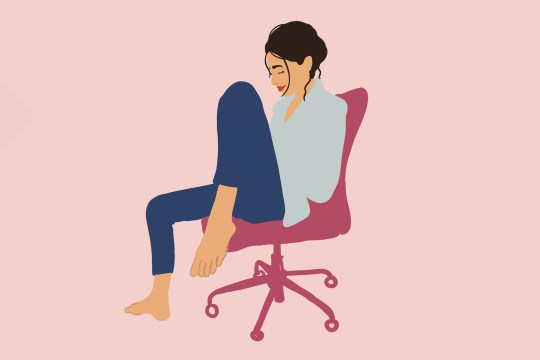 Recognising these biases is the first step (Picture: Getty Images/iStockphoto)

‘Several days before the event, you will trigger a fight-or-flight mechanism and on D-Day you will be incapable of attending the evening in question because you will judge it to be too dangerous.

‘By avoiding it, you run the risk of aggravating your isolation even further as well as reinforcing your phobia. A truly vicious circle.’

None of that sounds very fun. So, how do we break free?

The key is first just recognising how anxiety changes our brain. Being aware that the beliefs and fears we hold might not be based in fact, but shaped by anxiety, can be a game-changer in itself.

Then, it’s about challenging these beliefs when they pop up.

‘To deal with anxiety, it starts with disengaging the fight and flight reflex from the body: relax the muscles, slow the breathing etc… and then we can “criticize” our internal monologue to disengage our attentional hypervigilance and reduce the catastrophisation,’ Albert advises.

‘Next time you negatively interpret a situation or you form a negative opinion of someone, it would be useful to ask yourself if you’re under “pressure”.

‘Your jaws are tense, your heart beats quickly: these are signs that must alert you of your state of stress and enable you to take a discerning distance in relation to what you feel, in order to adjust your interpretation or your judgement.

‘We can train ourselves to better interpret our reactions to stress, to anticipate them and outsmart them whenever possible because they condition our relations to others and to the world, and they influence our opinions and beliefs.’