Should you spill? (Picture: Getty / metro.co.uk)

And if it’s a big, bad secret, that’s likely weighing on your mind.

It’s tempting to assume that the only way to lift the burden is to spill – speak your truth and stop having to carry around something secret.

But is that always the right call?

Michael Slepian is an associate professor of leadership and ethics at Columbia University. In his new book, The Secret Life Of Secrets, he explores the secrets we keep, why we keep them, and how these can shape our lives… so he’s basically an expert on secrets.

He reckons that sometimes, telling certain people a secret isn’t the best shout – but in general, confiding in someone is is a good idea.

While freeing yourself of a secret will always feel good, it might not benefit the person you’re telling.

He writes: ‘It can feel good to unburden yourself of a secret, but what happens after that?

‘Confessing might feel great until the person you confess to breaks down in tears, bursts into anger, or in a dramatic gesture rips off a wedding ring and throws it into the ocean.

‘The consequences of confessing will largely depend on how the person responds.’

If you’re deliberating on whether or not a secret should be told, Michael proposes asking some questions. 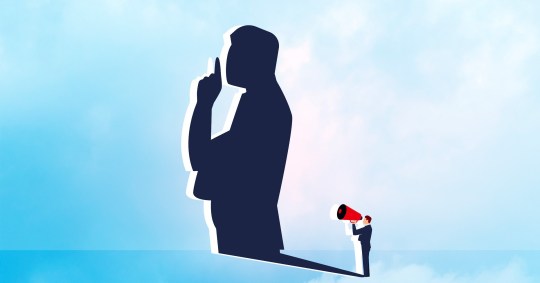 He tells Metro.co.uk: ‘Is anyone being harmed by the information being contained? Is this something that will eventually be learned, or could be learned through some means other than your telling? Would the other person expect you to share this with them?

‘If you answer yes to these questions, you should likely confess, and take control over how others learn the information.’

On the flipside, though, some secrets are doing no real harm in remaining secret – and could do more harm were they to be revealed.

If your secret falls into this category, and there’s really no chance of the truth ever coming out, perhaps it’s better not to reveal all.

But what Michael does suggest, in this case, is to tell someone, even if it’s not the person that the secret directly affects. This will not only help you relieve some of the mental strain, but can also help you to suss out if actually, you do need to be honest about the secret with others.

‘If you are trying to decide whether to confess a secret, there is no reason to make this decision alone,’ He tells us. ‘Talk to a trusted other, and see what they think you should do.

‘Sometimes the decision is too complex and the consequences too great to decide something like this on your own. 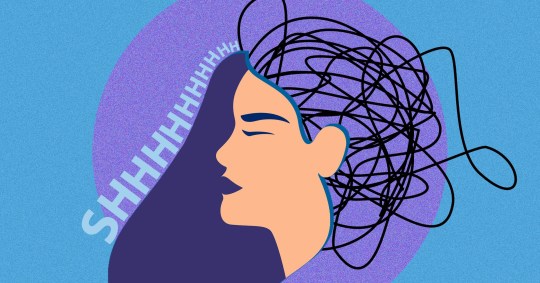 Secrets can really weigh on your mind (Picture: Getty Images/iStockphoto)

‘When we keep something secret, we can get so used to thinking about that secret in the worst possible way that we forget there are other ways to think about it.

‘This is what’s so helpful about bringing others into the conversation.’

Just make sure that if you do choose to chat about something secret, you do so with someone you entirely trust to keep schtum.

You could also unburden yourself by confessing your secret anonymously (which still helps), such as through the PostSecret website.

If you think it through and realise that your secret does need to be told to the people it affects, Michael reckons it’s better to do this sooner rather than later, if only to avoid the risk of the truth coming out by other means (which would then make you look less trustworthy).

He has some tips for dropping the bomb.

‘If you find yourself waiting for that perfect moment to reveal the secret, it might never come,’ Michael notes. ‘You sometimes have to create the situation yourself.

‘If you are feeling brave at any given moment, that’s your time to strike.

‘And if this will blindside the other person, you should give them some kind of heads up that you want to talk to them, and perhaps tell them the topic. You don’t want the other person to be completely caught off guard if you can avoid it.’